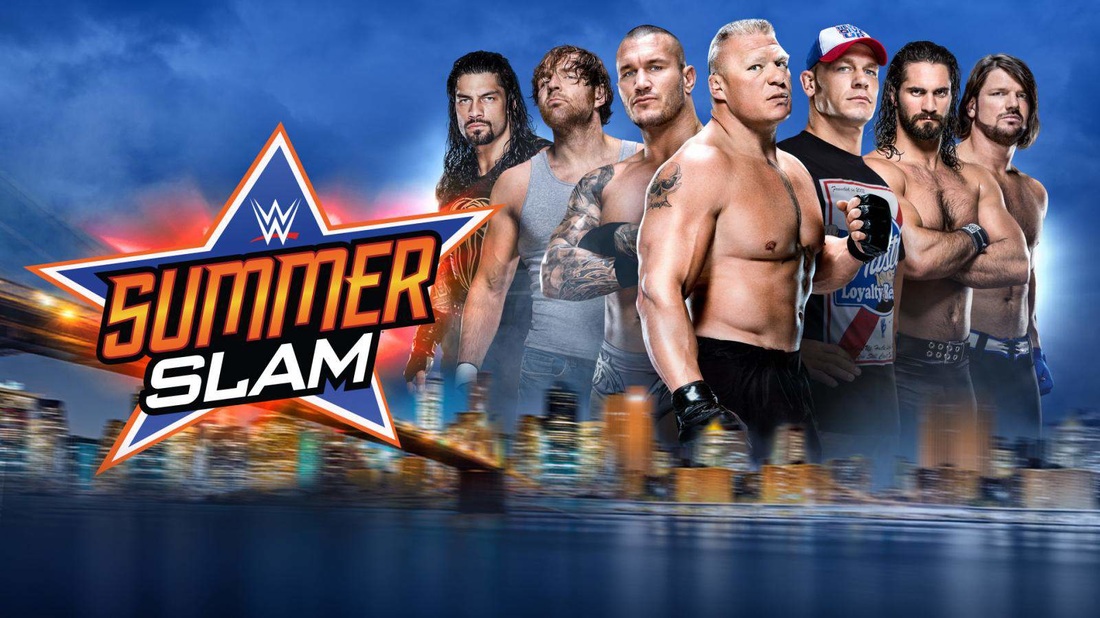 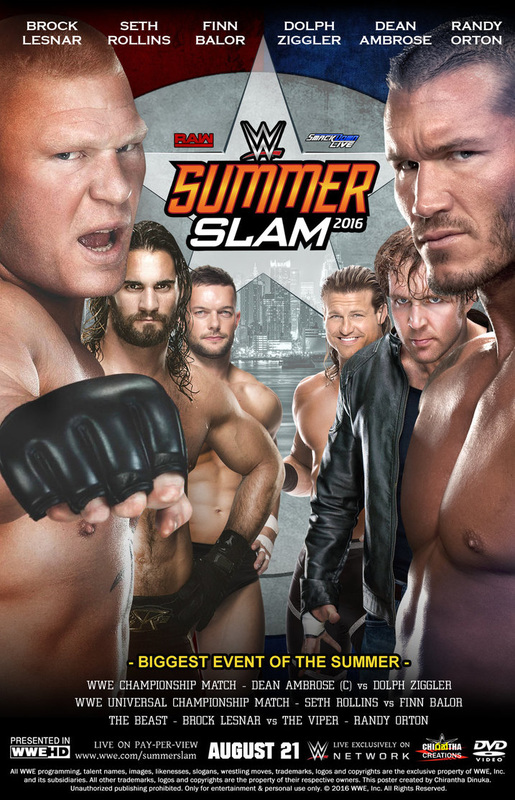 Sunday August 21, 2016, Summerslam once again will hail from the Barkley's Center in Brooklyn New York. The biggest event of the summer will feature the biggest stars the company has to offer, and will be the first joint show since the WWE Draft. We turned to WWE.com for synopsis on some of the big matches that are scheduled so far. 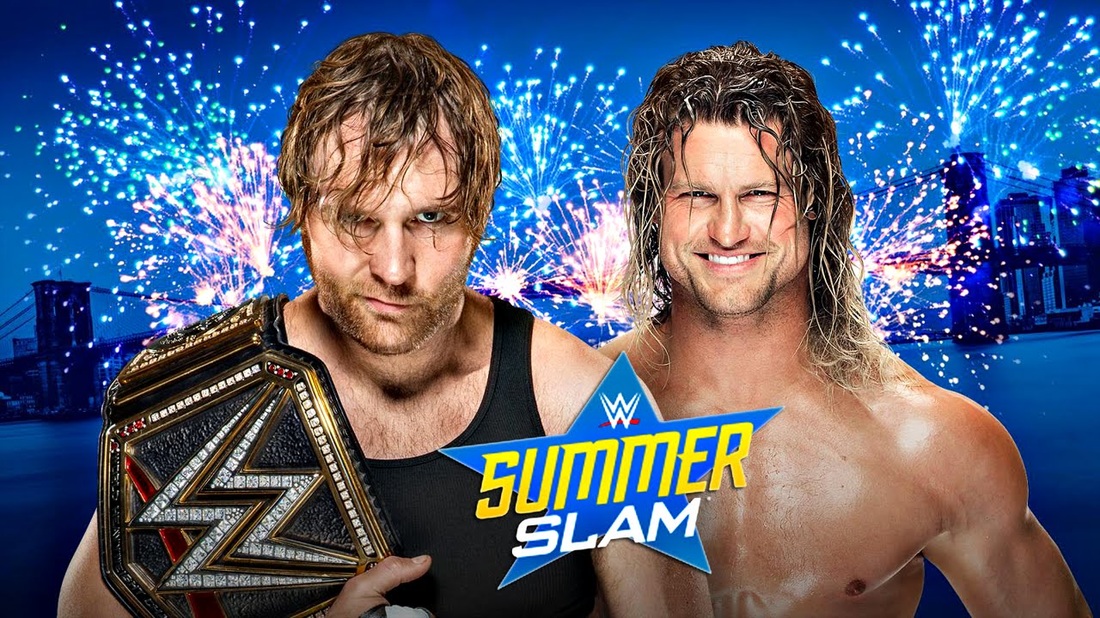 ​A two-time World Champion in WWE — not to mention, the record-holder for most wins in the history of Kent State’s acclaimed wrestling program — Ziggler has emerged as one of the most resilient athletes in recent history.

Against WWE World Champion Ambrose, however, The Showoff faces a distinctly unorthodox brawler. Perpetual motion personified, Ambrose never backs down from a good fight, and the SummerSlam title bout against Ziggler is no different.

Will The Lunatic Fringe continue to reign supreme on SmackDown Live? Or will Ziggler’s revitalized outlook on life in WWE’s New Era prove to be unbeatable? 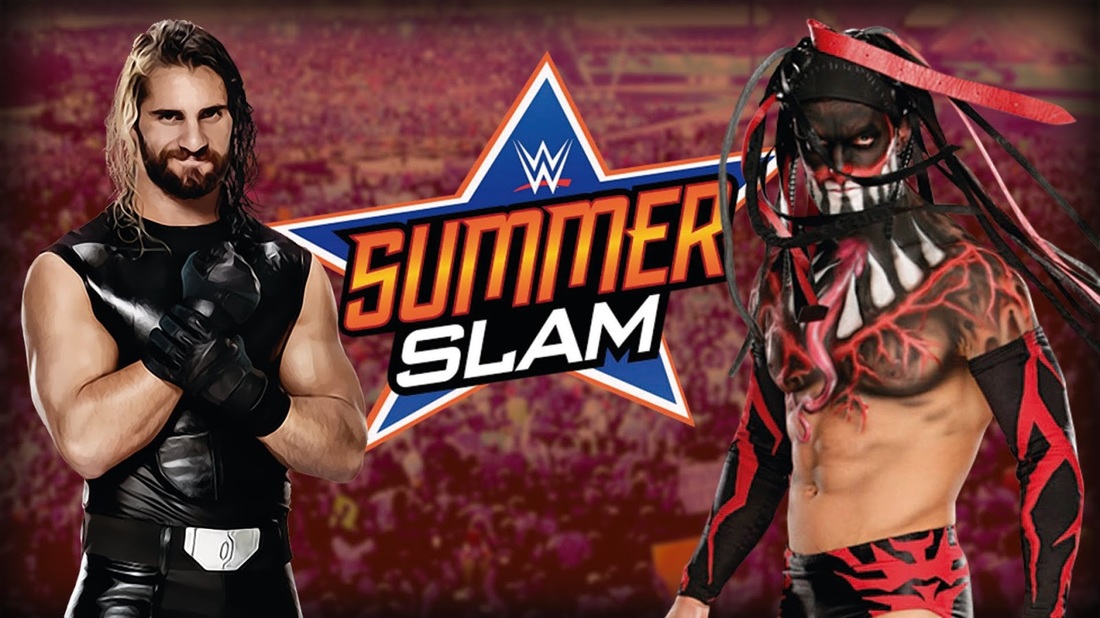 The new face of Raw will be decided when Finn Bálor and Seth Rollins compete to become the inaugural WWE Universal Champion. Former NXT Champion Bálor, fought his way into contention by beating four of Raw’s best in one evening.

Will Rollins — the first NXT Champion in history, not to mention the Superstar whose first WWE World Heavyweight Title reign was ended by an injury, not a defeat — reassert himself as the backbone of Raw? Or will it be The Demon — the longest-reigning NXT Champion in history, whose arrival in WWE was long-awaited and, some argue, long overdue — who makes history in Brooklyn? 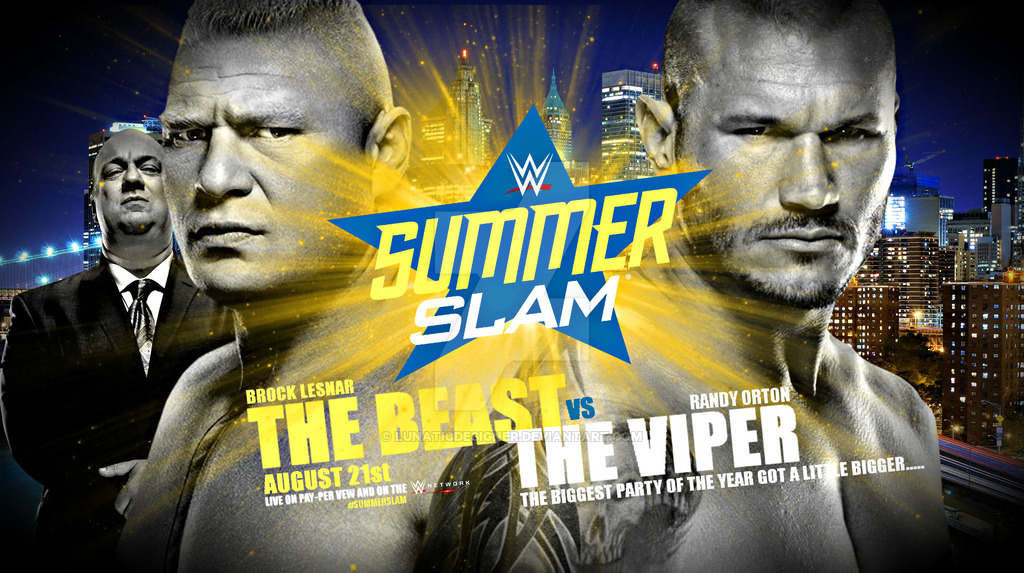 Despite being two perennial main eventers who trained side-by-side during their formative years at onetime WWE developmental territory Ohio Valley Wrestling, The Apex Predator and The Beast Incarnate have only competed against each other once before in a WWE ring.  It happened in September 2002, when both were still WWE rookies.

​Adding further intrigue to the clash is that it is Orton’s first match since injuring his shoulder late last year. Having been out of action since November, Orton is assuredly interested in reasserting himself as WWE’s Apex Predator. There may be no better way to accomplish that goal than by taking down The Beast Incarnate. Yet, the question remains: Will Orton’s shoulder end up being a weakness against Lesnar? 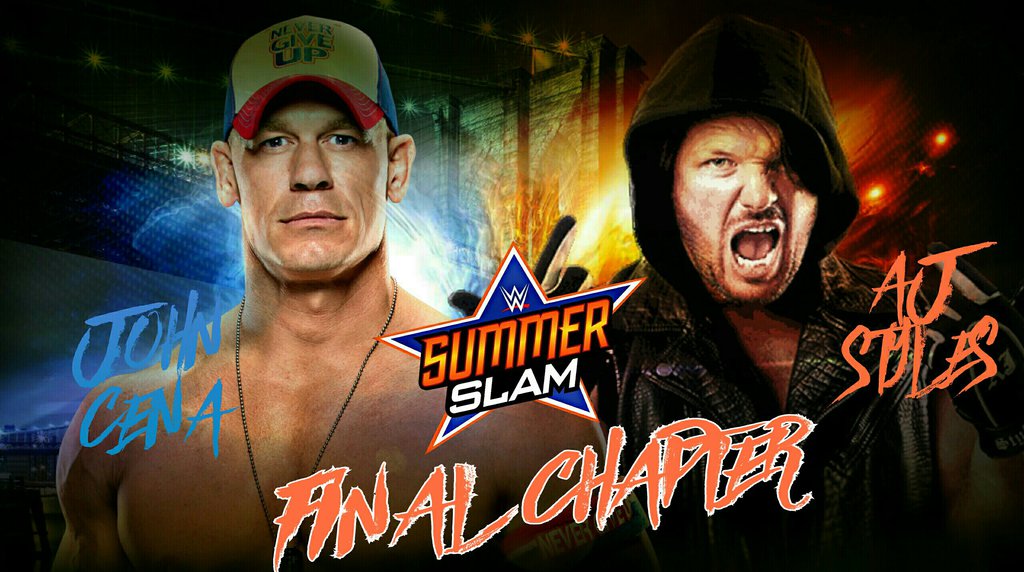 ​Cena and Styles’ first showdown exceeded the considerable hype surrounding it, and there’s little reason to believe the SummerSlam rematch will be any different. What has changed since WWE Money in the Bank, however, is that The Club is no longer a unified force, divided by the Brand Extension Draft. Now that he’s going it alone on SmackDown Live, it remains to be seen what Styles will have in store when he faces the most dependable big-fight Superstar in modern history.

Will The Biggest Event of the Summer yield the new face of SmackDown Live? 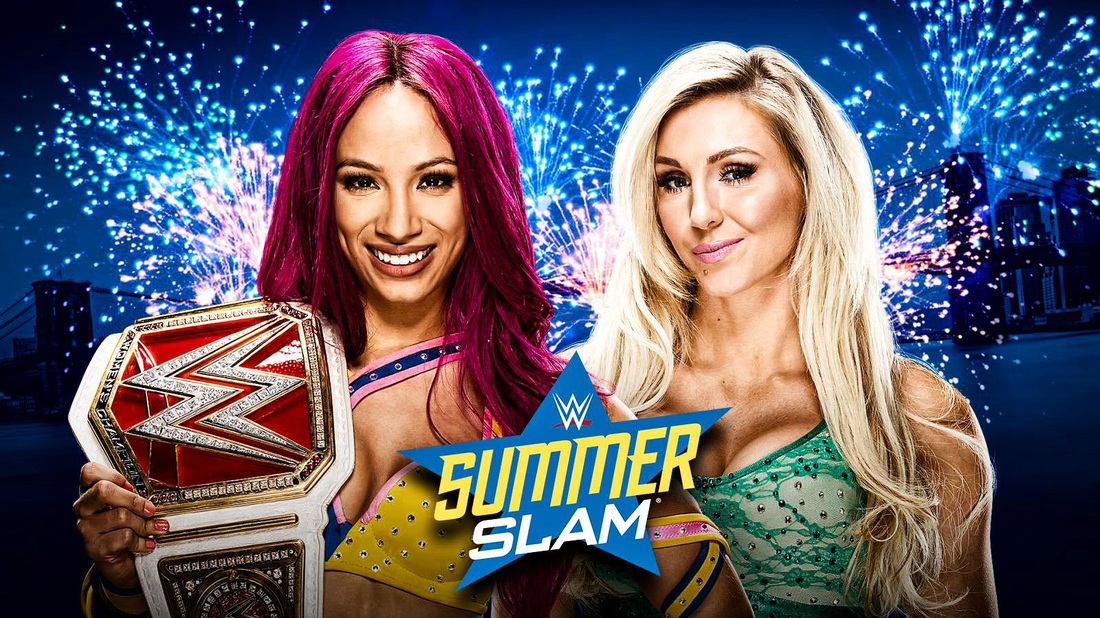 After a remarkable back-and-forth duel on Raw that left the WWE Universe breathless and resulted in a new torchbearer for the Women’s division, WWE Women’s Champion Sasha Banks and Charlotte are set to do it all over again when they face off in a title rematch.

​Adversaries since their days in NXT, Sasha and Charlotte have steadily pushed each other’s boundaries with pioneering matches that have redefined the Women’s division. At SummerSlam, however, Charlotte will find herself in the unfamiliar position of challenger. Will the self-proclaimed “Genetically Superior Athlete” — the daughter of “The Dirtiest Player in the Game” Ric Flair — resort to extremes to regain her title, especially now that she knows Dana will not be by her side? What would it take for Charlotte to separate Sasha from the treasured prize she’s fought her entire life to achieve? 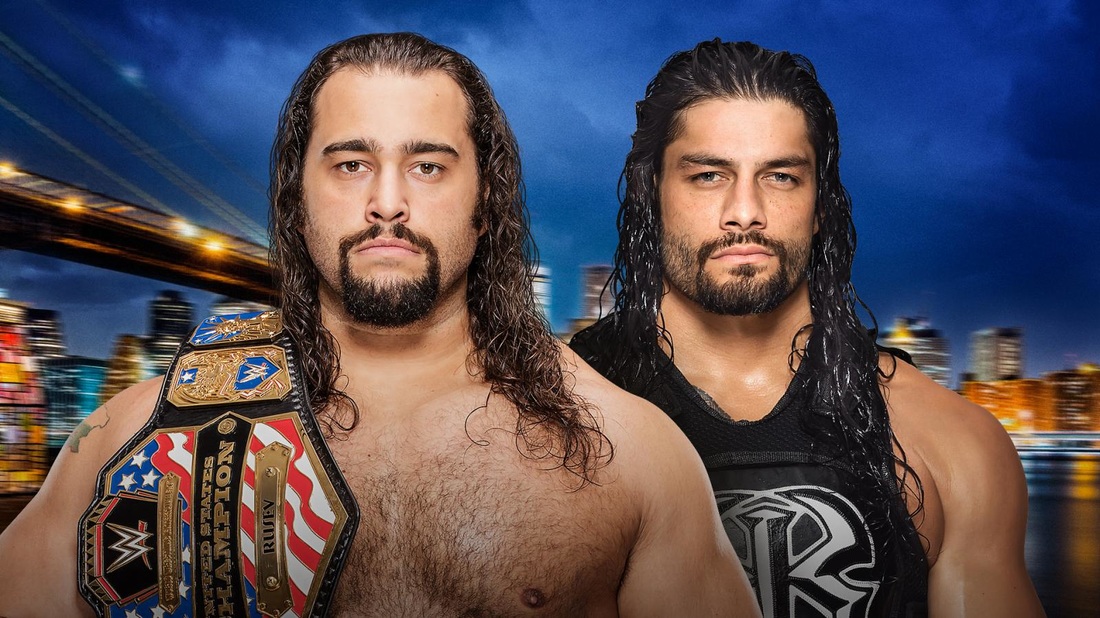 Since regaining the United States Championship, Rusev has resumed his one-man reign of terror as though it never stopped. Reigns, on the other hand, is in win-now mode after a series of unfortunate twists knocked him off his post-WrestleMania perch and landed the WWE World Championship on Dean Ambrose’s SmackDown Live and not Reigns’ own Raw roster. ​Winning one for America probably doesn’t hurt, either, and Reigns already obtained a mental edge over the champion by humiliating Rusev and his new bride, Lana, during their wedding toast on Raw.

Will Rusev’s U.S. Title honeymoon continue on to the fall? Or will the Samoan Superman play the role of Captain America and strip The Super Athlete of his championship gold? 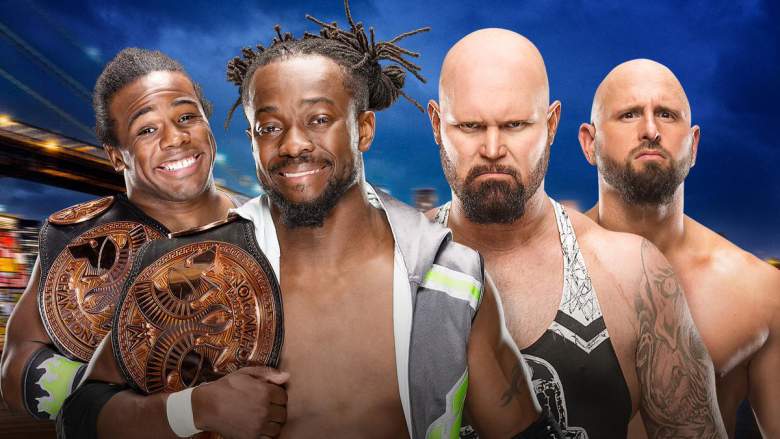 Intent on avenging their injured partner Big E, The New Day’s Kofi Kingston & Xavier Woods have agreed to defend the WWE Tag Team Championship against Luke Gallows & Karl Anderson at SummerSlam. Gallows & Anderson have yet to win the WWE Tag Team Championship since arriving in WWE, but to say they are a decorated alliance would be an understatement.

Yet, it’s quite possible The New Day that show up at SummerSlam will not be the skipping, cheerful pillars of positivity that Kingston & Woods are typically thought to be. Big E’s injury has the remaining New Day members seeing red; will Kofi & Xavier make Gallows & Anderson pay dearly? 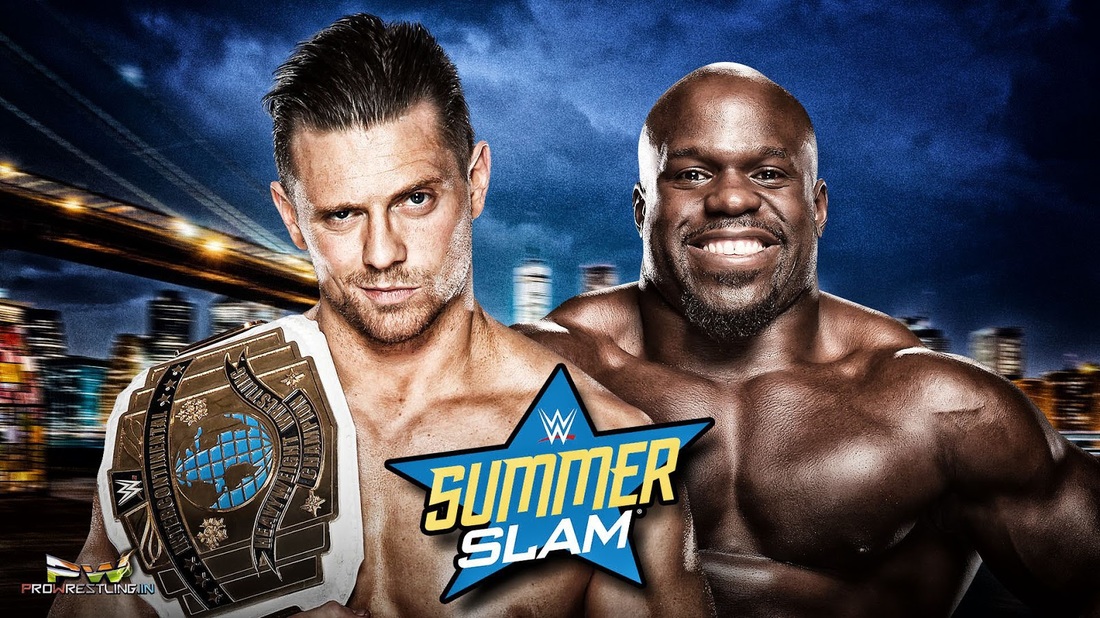 ​With the rule-bending Maryse by his side, The A-Lister is almost as resourceful as he is cocky, and he has managed to keep hold of the Intercontinental Championship since April, surviving run-ins with the likes of Cesaro, Sami Zayn and Kevin Owens.

Will Hollywood’s favorite couple stay golden following The Biggest Event of the Summer? Or will Crews capture the prestigious Intercontinental Title — an achievement that would signal a breakthrough for the rising star of WWE’s New Era? 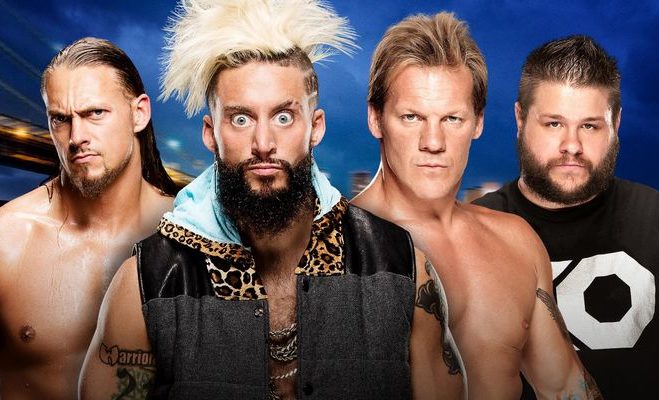 Enzo Amore & Big Cass may have won the hearts of the WWE Universe, but at SummerSlam, the smooth-talking, hard-hitting duo must face a couple of unabashed haters: Chris Jericho & Kevin Owens.

​Will the experience edge of Owens & Jericho be too much for young lions Enzo & Cass to handle? Or can The Realest Guys in the Room — whose stomping grounds are not far away from SummerSlam’s host venue, Brooklyn’s Barclays Center — make their homecoming a triumphant one?