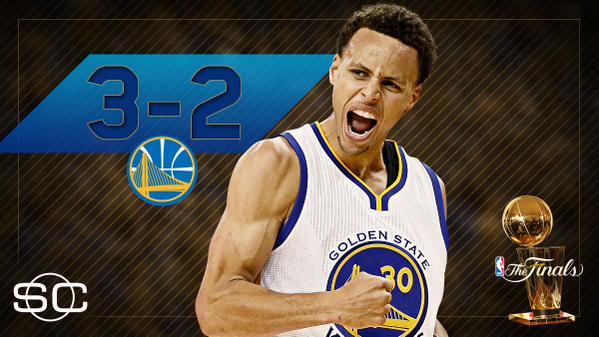 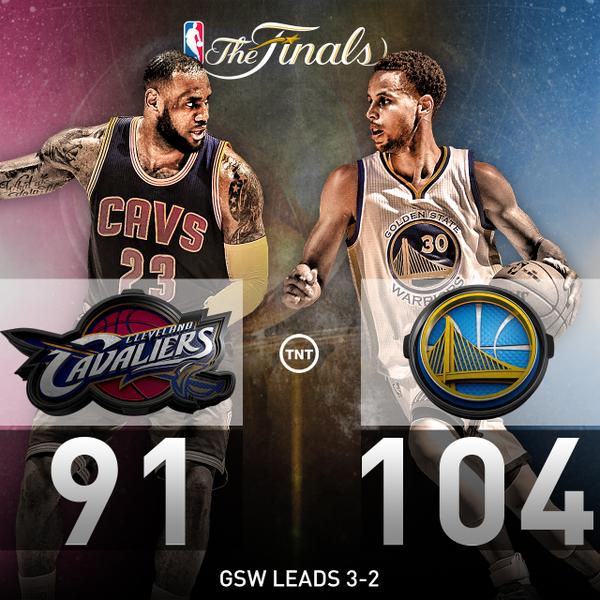 Last night the Golden State Warriors protected their home court and defeated the Cleveland Cavaliers 104-91, in game 5 of the NBA playoffs. The series now shifts back to Cleveland for game 6 on Tuesday night.

Steph Curry was untouchable in the 4th quarter, scoring 17 points and dazzling the crowd with amazing shot, one after another. He finished with 37 for teh game and took Matthew Delavandova to school all night. The skill level he possess with the basketball is uncanny, and his quick release is unlike anyone I can remember from long range, off the dribble.

Andre Iguadala once was huge, forcing Lebron James to actually have to play defense. The role players for Golden State, like Dreymond Green and Harrison Barnes finally showed up as well.

Though Lebron James topped 40 points for the 3rd time this series, and recorded his 2nd triple double of teh series, finishing with 40 points, 14 rebounds, and 11 assists, it just wasn't enough.

The Cavs team lacked the defense that gave them a 2-1 series lead. The shots were not falling consistently, and they didn't have enough off the bench to get the job done. Fatigue was clearly an issue that continues to haunt them.

On Tuesday night, the Warriors will be looking to close out the series in 6 games and bring an NBA championship back to Oakland. 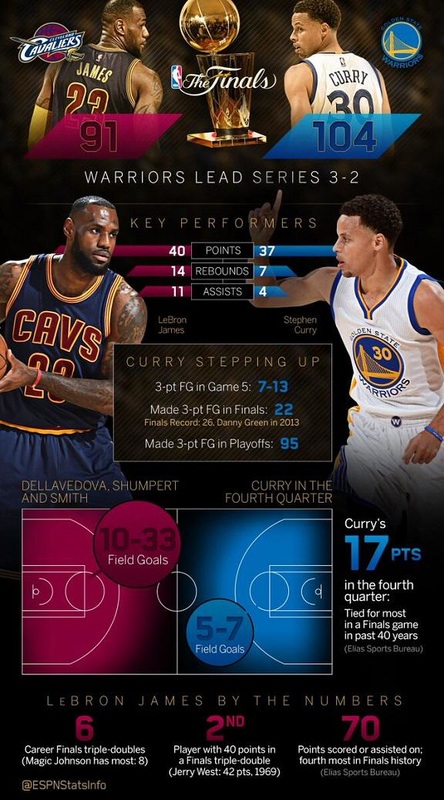