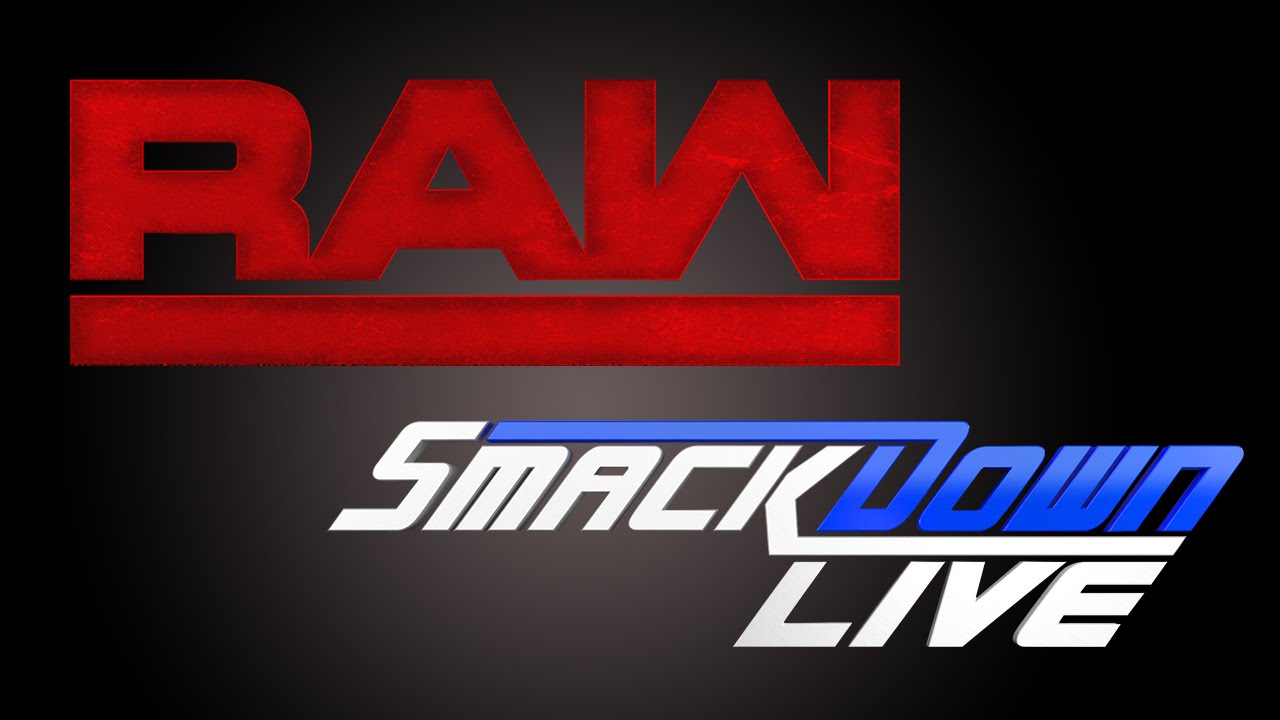 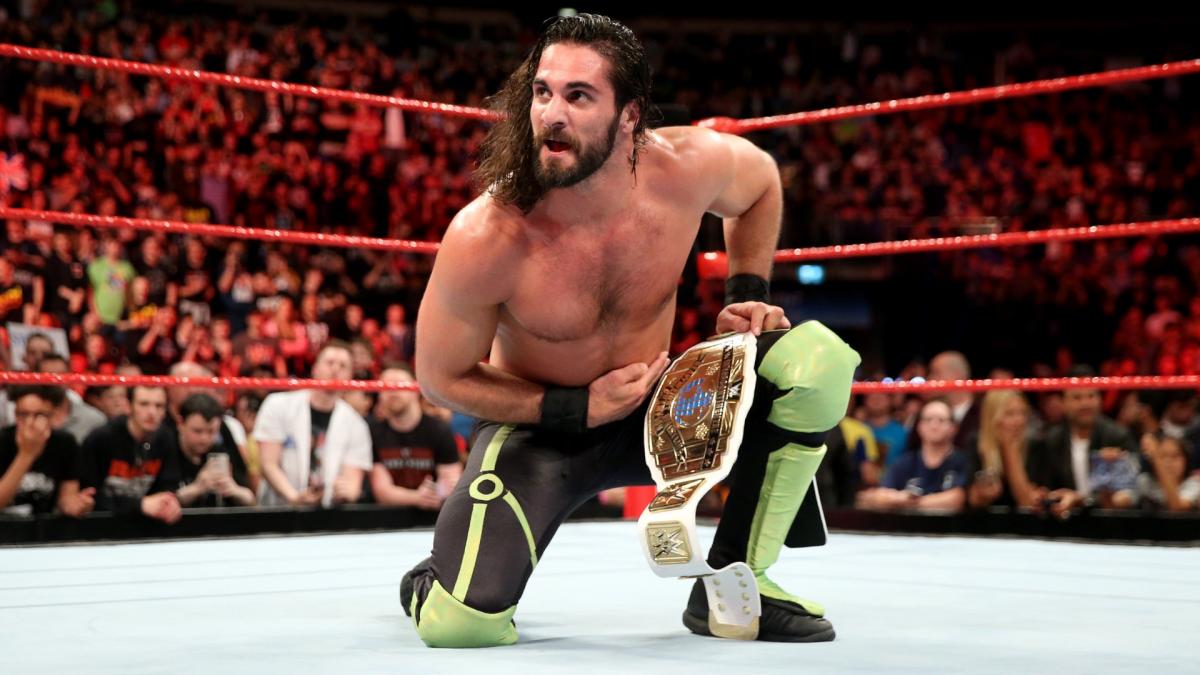 Seth Rollins has been on fire over the last few months, and I really feel he's been the best booked talent on the entire roster. I know, its a shocker that when you actually book a great performer to go out on TV each week and have great competitive matches with an array of talent, and have him win with his move, fans will actually get behind him and take him as a big deal. Its like rocket science I guess...... 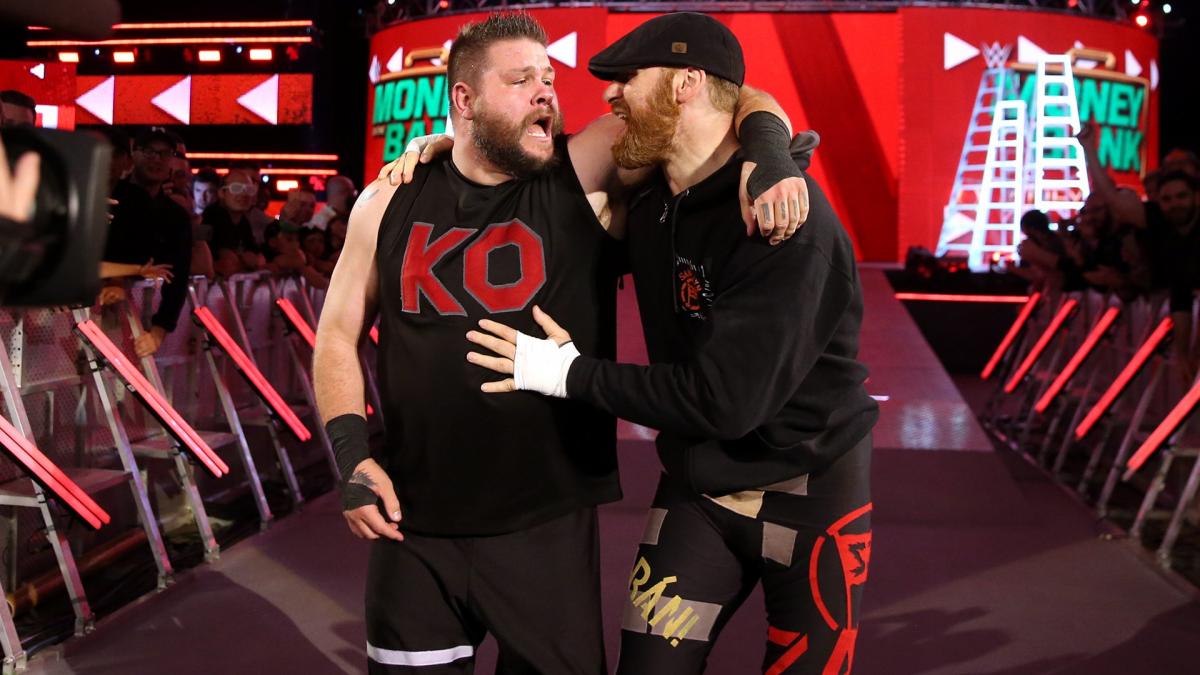 Kevin Owens had a hell of match with Seth Rollins to start the night, then was great in all his interactions with Kurt Angle as he was trying to get a second chance at qualifying for MITB. I'm glad they put him in the match because it was a lot better than his alternative, Jinder. Great night for KO overall, and he should add to the ladder match. Also Sammi's run in and attack of Bobby Lashley was well done. Though I hated that interview segment earlier in the show, where he's teasing he will bring Lashley's sisters to RAW next week. Smh. 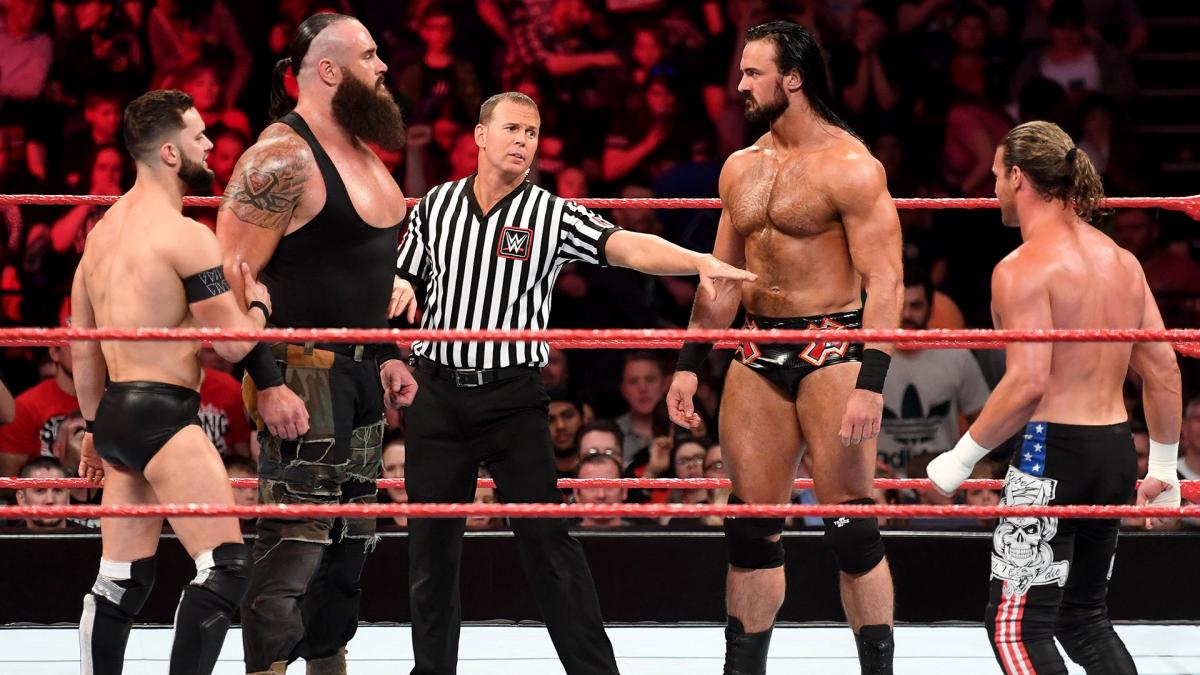 I thought it was a pretty good tease having Stroman and McIntyre face off for the first time and not really interact too much. It planted a seed for what I think should be a title program down the line. McIntyre does have a presence about him and clearly Vince loves him. But Stroman is the guy the people want on top, and hopefully we moving that way. 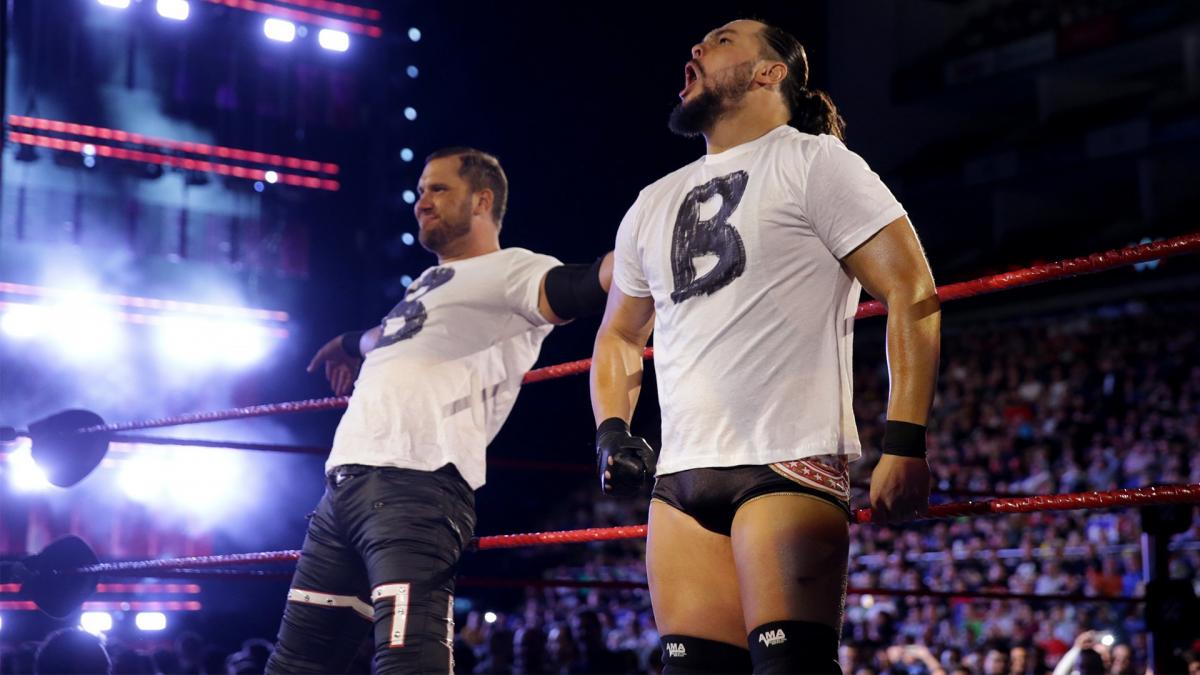 I get a kick out of Bo Dallas and Curtis Axel, and while we all know they are jobbers, this new gimmick they are doing is pretty entertaining. Not the "A Team", but the "B Team". Great stuff, that doesn't take away anything from your main programs, but is entertaining underneath. 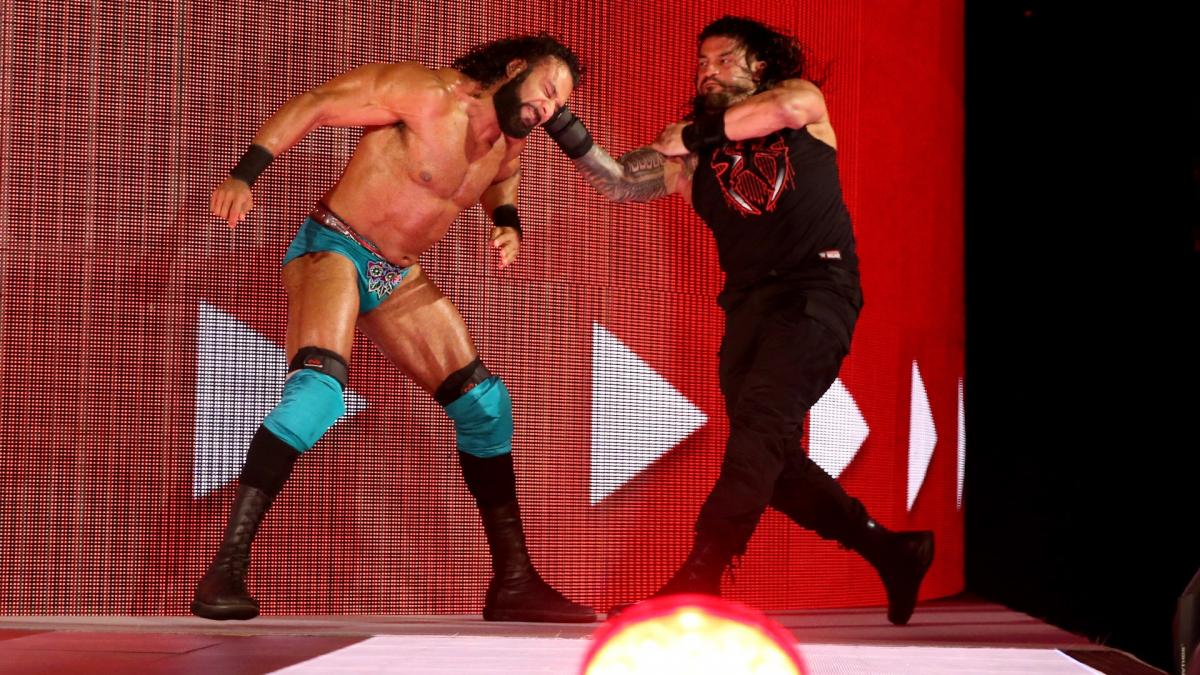 In all seriousness, who really gives a shit? Roman and Jinder are two of the most overpushed, disliked acts on the entire roster and they have go away heat. Nobody wants to see these two guys in key spots on the show. Ignoring that only makes your product less attractive to fans who would otherwise be watching. Dedicating that much TV time to this is dumb. 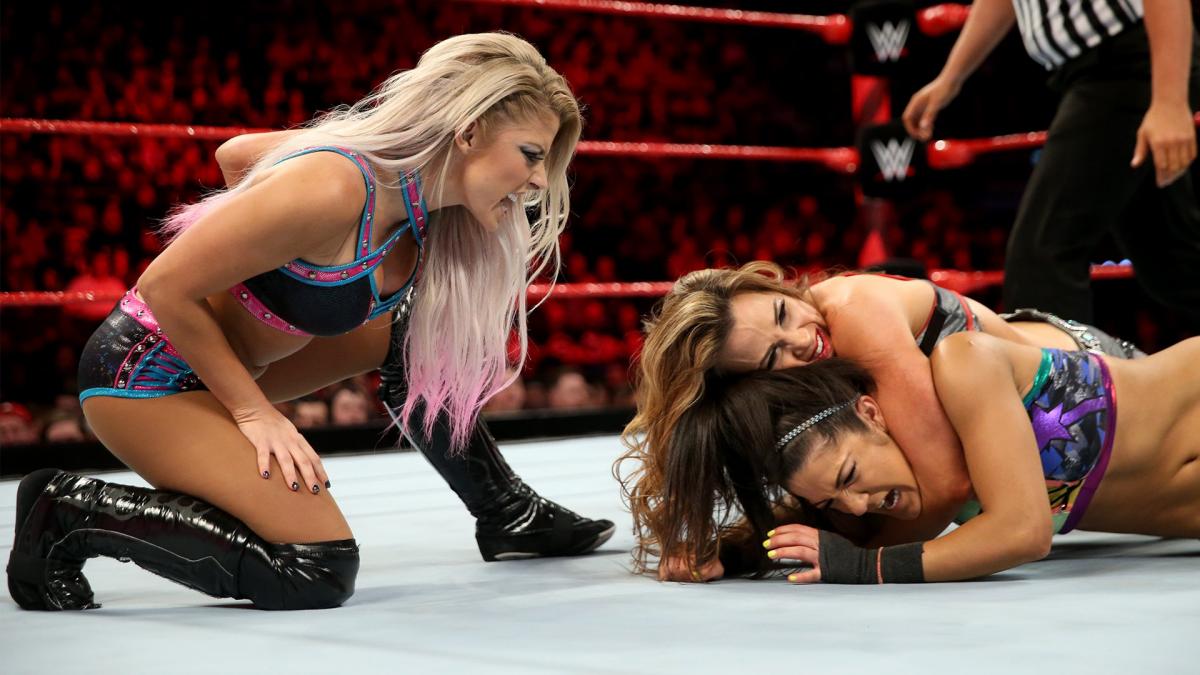 Was there ever any doubt that Alexa was winning? She can't wrestle, new boob job, she wins. That's all that matters to Vince, looks and talking. And they wonder why Bayley isn't over. 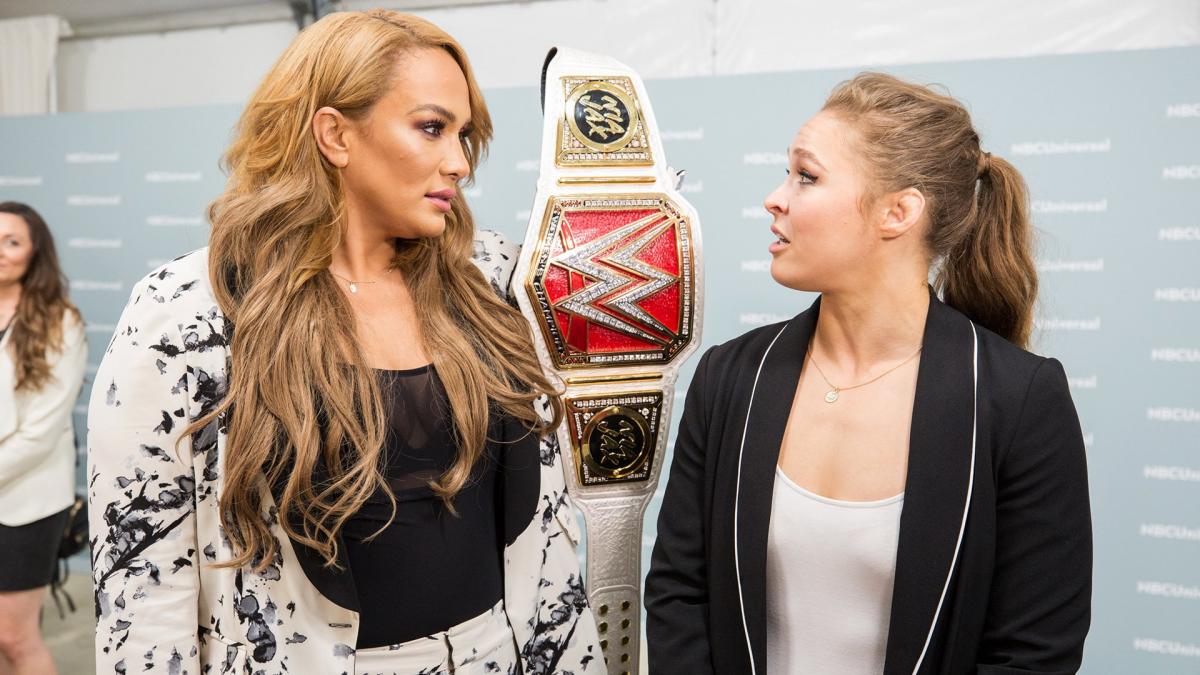 Let me be clear, booking Ronda to get a title match was always in the plans and I agree with it. Hell, booking her against the large Nia Jax, makes sense because realistically, no normal sized women's wrestler should realistically be able to hang with the trained MMA fighter if this were a shoot. The huge size advantage at least makes things more plausible. It was ridiculous that Stephanie was able to hang with Ronda. So as a match, I'm fine with this.

Where it gets ridiculous is the planning, timing, and execution of it. That segment they filmed at the upfronts was quite possibly the worst scripted and executed segment since that Bobby Lashley sit down interview last week. What the fuck was this? Smiling and chuckling as you discuss a title match, out of nowhere, that you don't deserve? Then Charlotte comes over and Woo's and hugs with them like they all are great pals. WTF!!!! Ronda in UFC didn't like anybody and was a terrible sportsman. How did she let this shit happened to her personna. She comes off as a terrible actor playing a role. And Nia is the dirt worst. All this while excellent talent like Sasha is being wasted. I hated this to my core. 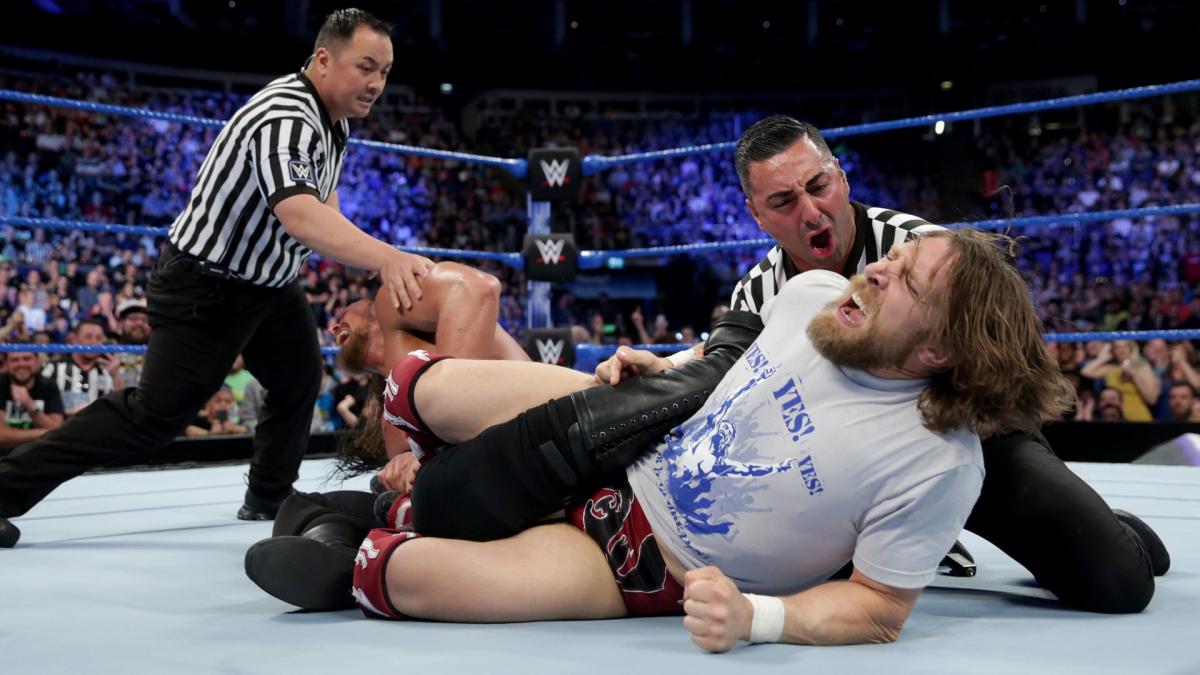 This is the Daniel Bryan I want to see. This is how he should be dispatching of talent that are far below his level, like Big clumsy ass Cass. Please let this be the end and not another twist in the story. Felt like the blow off to me and that is great news! Let's move on! 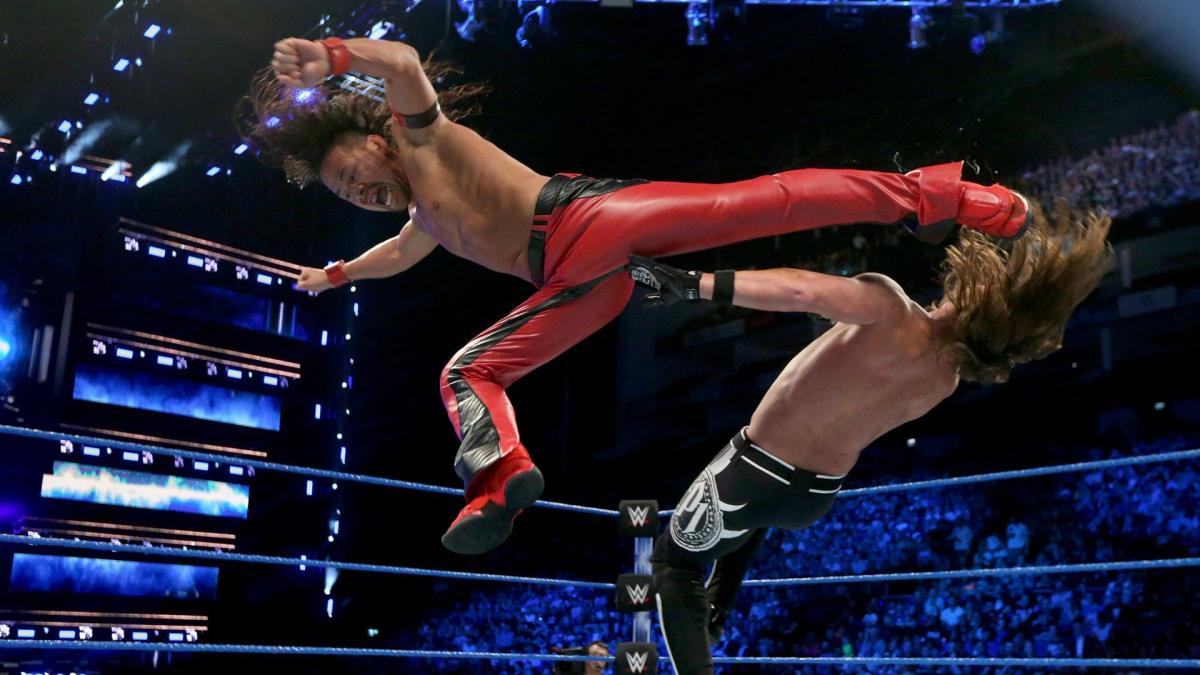 I thought this was the best start to finish match between AJ and Nakamura so far, and I liked the finish wit Nakamura winning and earning a chance to name the stipulation for the PPV match. I know others think they are running the feud into the ground, but me personally, I will take these two working together a non talented guy been forced down our throats any day. All I ask for is clean finishes or finishes that make sense within the context of the story. Great action between these two though. 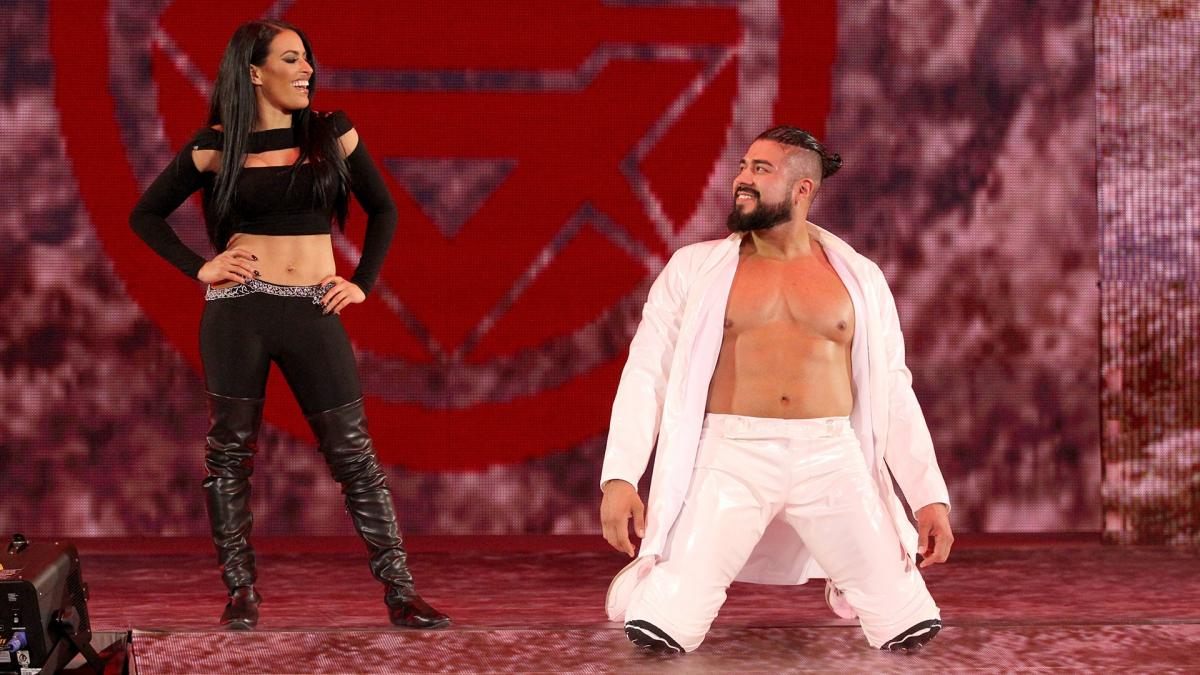 Andrade Cien Almas and Zelina Vega made their debut and this was done extremely well. Almas is a excellme wrestler and as a package, these two are a main event act. I really hope we get a great feud for Almas right off the bat. He and Jeff Hardy would be good for the U.S title. 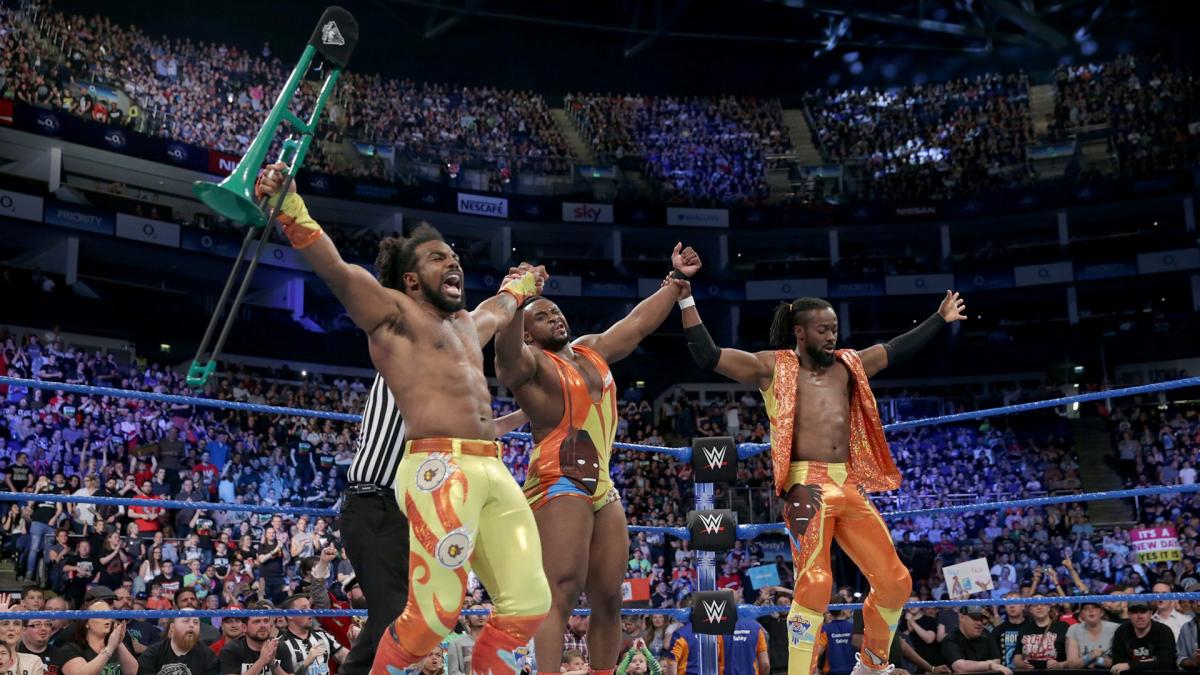 Clearly they have been trying to position Xavier better and I like that he's been picking up wins on TV lately. This tag match was pretty good and the crowd was into it more than normal, mostly due to Sheamus and Cesaro being from Europe. But I think Xavier has potential and he deserves some shine as a singles and let Kofi and Big E work tags. 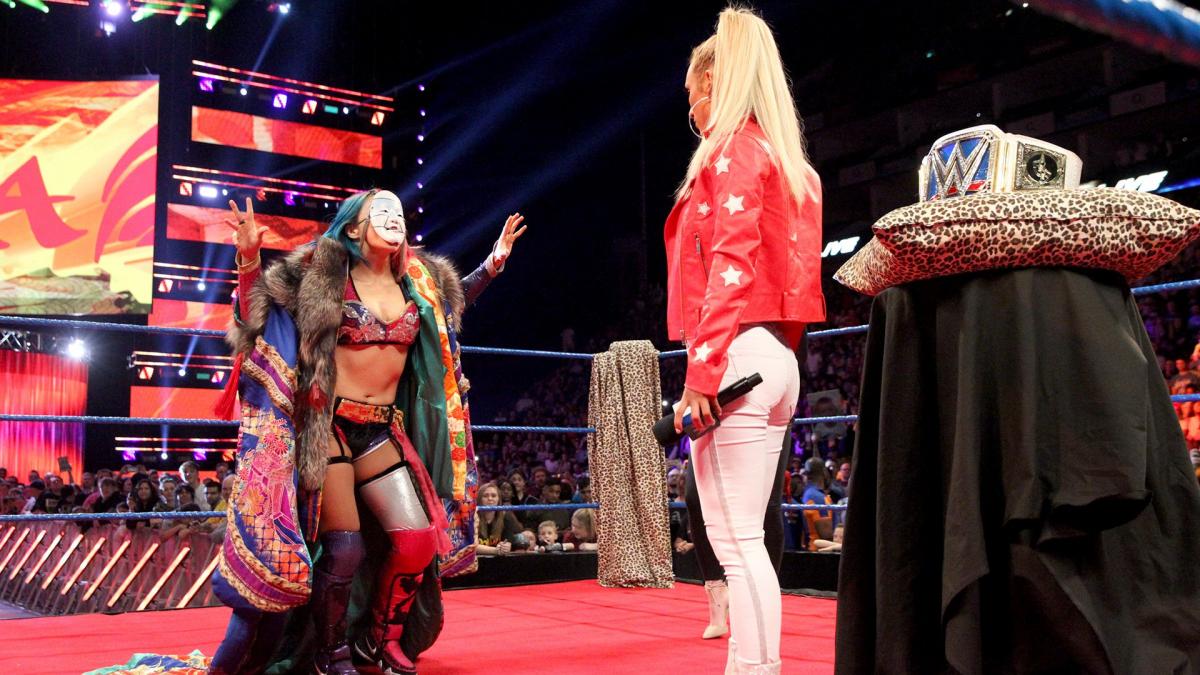 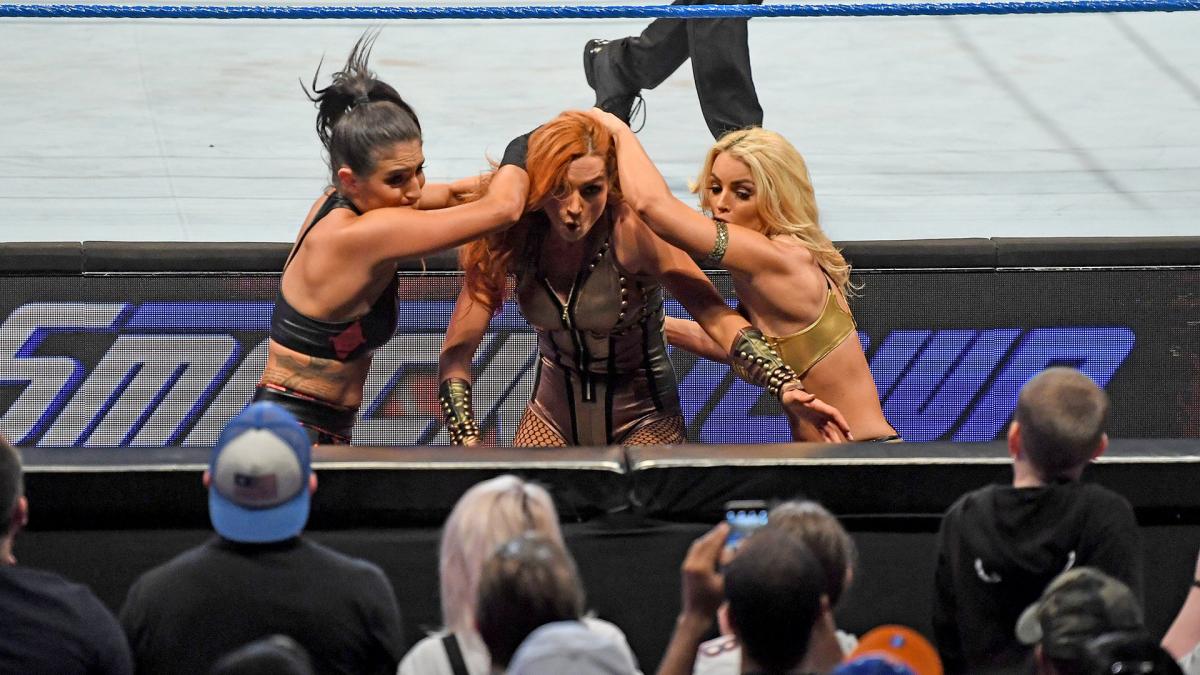 What a sloppy mess this was. Smh. The amount of lackluster women on the roster that actually get consistent TV time really is amazing to me. And then good workers like Becky are drug down and put in a position to look bad against these bums. It's hard to watch.

Final Thoughts: We are weeks away from Money in the Bank, but they have done a much better job establishing the big matches for the show with plenty of time to go. I still have major issues with booking choices, but my biggest issues are with the treatment of the women. I know many of you don't care about the women and its second fiddle to you. But when Ronda Rousey is getting paid more than everybody, man or woman, and you have been pushing a women's revolution, you should book it as such.
By: Larry Causion Jr.    CausionCreations.com
Posted: Wednesday May 16, 2018