The 2018 NFL Draft kicks off tonight, and for a football fanatic like myself, this normally feels like Christmas morning. But to be completely honest with you, it's tough being a Baltimore Ravens fan these days, and I'm losing hope in the front office drastically. I will get into that during the Ravens portion of this article, but first let's preview the top prospects for tonight's draft, which begins with the Cleveland Browns looking to add a valuable piece. 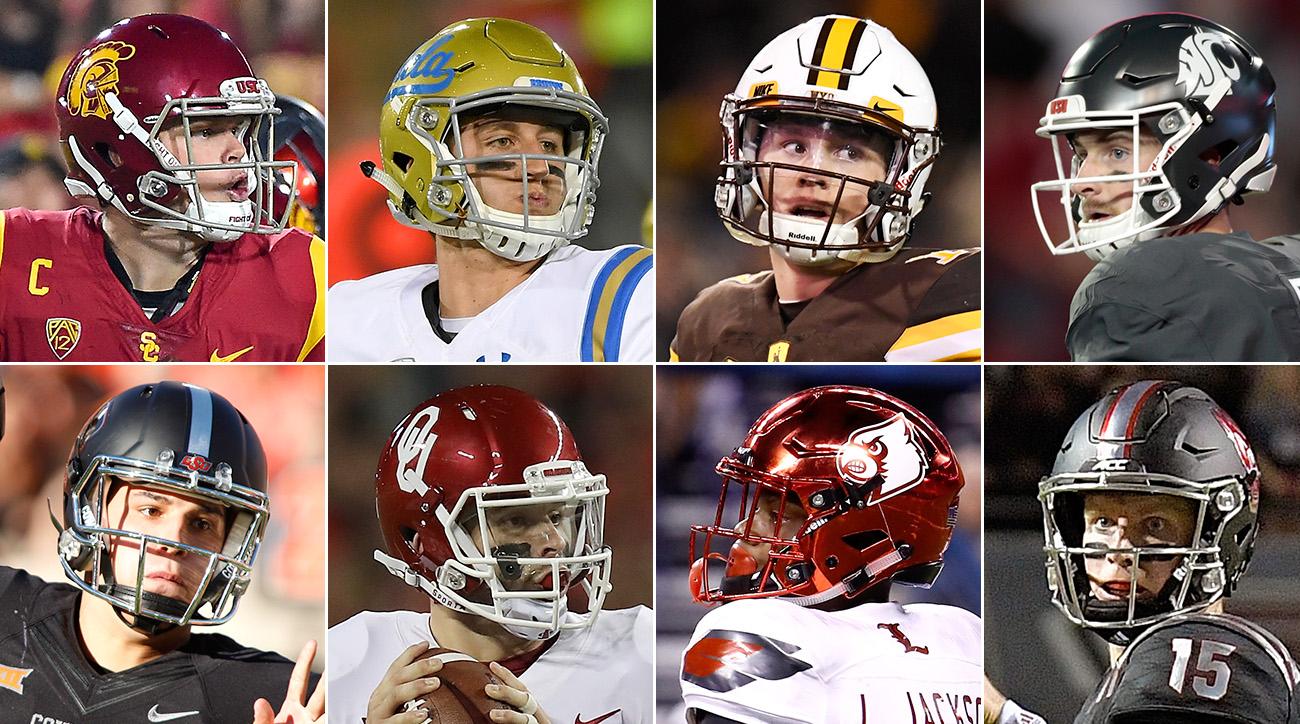 This years draft class is shaping up to be one of the most rare prospective draft classes we may have ever seen. The main reason for that statement is that for the first time, in a long time, there are legitimately four quarterbacks that many are making various cases for the player to be drafted number 1 overall, and six overall that could be drafted in the first round. That's unheard of really, and it's making this draft very intriguing. But fr me, I have strong opinions on who I feel will pan out, who will be bust, who is being overlooked and who is being overhyped. Let's discuss a few standouts. 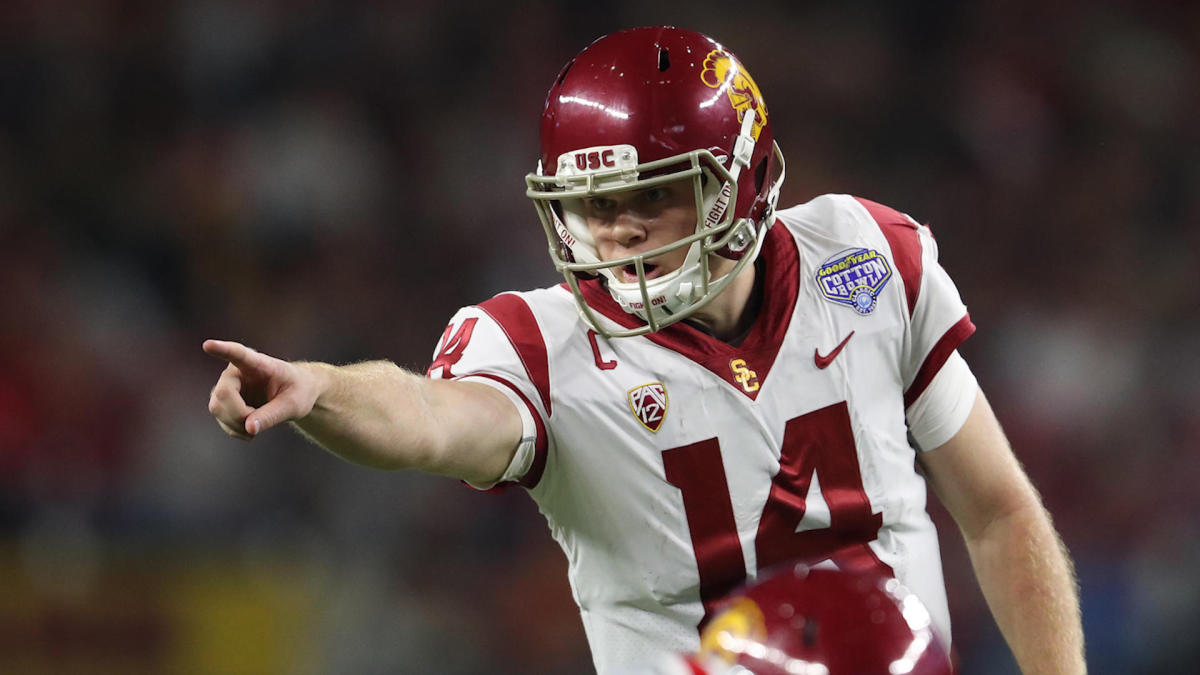 I know others are saying the most overrated QB is one of the Josh's, (Josh Allen or Josh Rosen), but I'm sorry, Sam Darnold. In 2016, he was the talk of college football for all the analyst, as they raved about how great he was going be. So I watched, and watched, he did some nice things, but nothing earth shattering. Then he came back in 2017 and played worst than he did the year before. In big games, he shrunk. He simply makes awful mistakes too many times when I have watched him, and I don't think he handles pressure in his face well.

​Playing at USC, he was afforded a lot of talent around him and I felt he tried to take gambles, and many times he turned the ball over and took way too many sacks. He's not that great in my opinion and should not be the  number 1 pick. A Lot of hype and needs more time learning on the college level. He's only a sophomore. 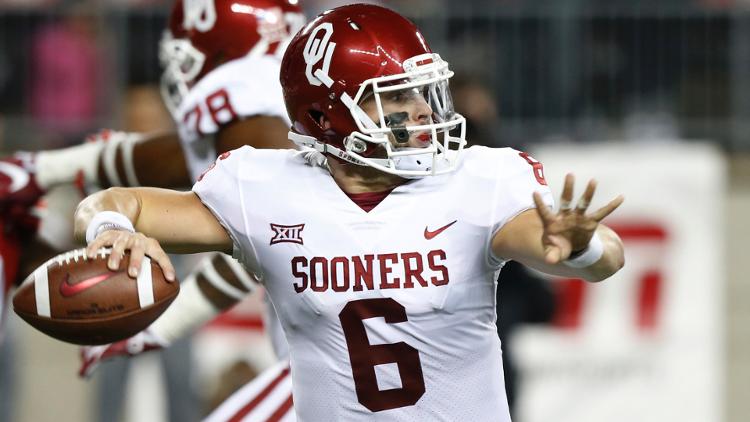 Now I know he has his off the field issues and is a bit cocky, but to me, the tape does not lie. I have seen Baker Mayfield far too many times perform at a high level in big games and show that he's probably the most ready to walk onto a team and play at a high level. I personally like my QB to have some swagger and moxy, and as long as he's staying off the police blotter, I have no problem with him. His size is a concern to some, and I understand it to a degree, but the upside is evident in my opinion. I think he's being underrated by many. Use your eyes. 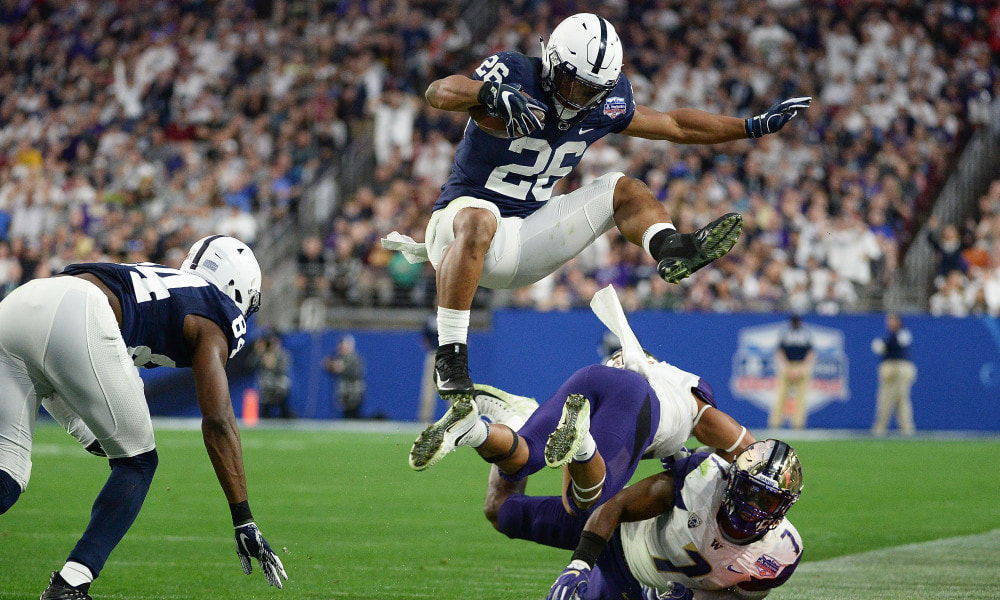 Best Player in the Draft

I watched Saquon Barkley very closely at Penn State and he was by far the most NFL ready skill position player in college football. I think he has even more upside than Zeke Elliott, as his running between the tackles is superb. This isn't rocket science, watch the tape. 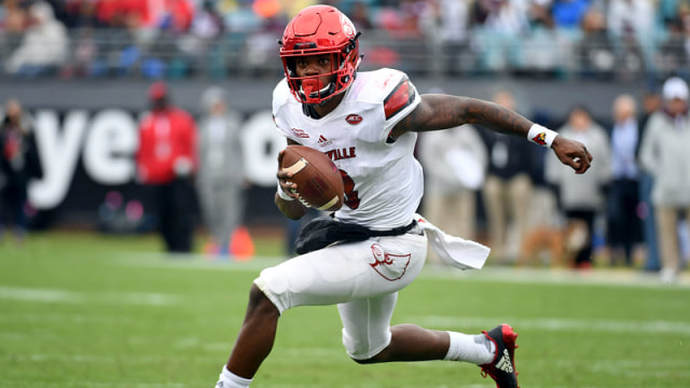 Have you ever seen a player of Lamar Jackson's skill set and caliber get so disrespected, after performing at such a high level in college? I haven't. People are acting like the guy is Tim Tebow, when he's more Michael Vick. There just isn’t a quarterback in NFL history who possesses Jackson’s explosive ability as a runner and combined it with a willingness to hang in the pocket and read the field. He wants to throw the football, and it will take a good coach to develop him, but that's what coaches are paid for. Look at what Deshaun Watson did for Houston last year. Changed their whole outlook. Lamar can be that guy. 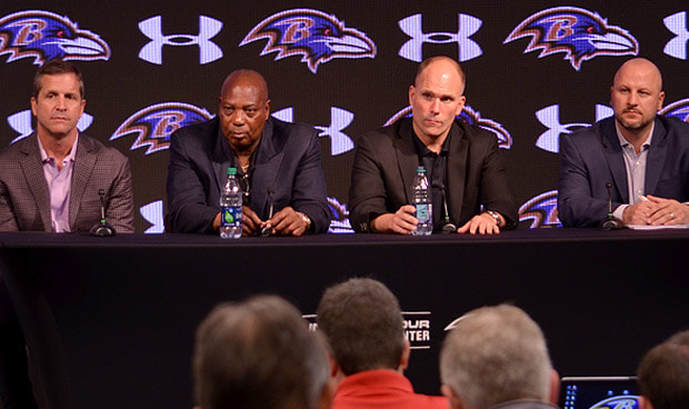 Allow me to focus my attention on the team that is the reason for much of the stress and sleepless nights this time of year, the Baltimore Ravens. This will be Ozzie Newsome's final NFL draft as General Manager of the club, and overall his success has been well documented and a great thing for us. I will never take away anything from what Ozzie has done with the defensive selections he has made and key offseason acquisitions of largely diamond in the rough type of layers.

But my issues with Ozzie have been well documented as well. I won't belabor the point any further, but check out my draft review article from a few years back, where I cataloged the many failures we have had and grade each draft class. (Ravens Draft History) 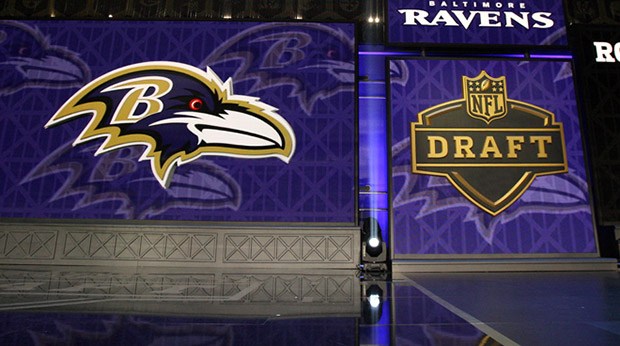 As for this year, the Ravens are in dire need of young, highly talented players who can come in and spark this offense from day one. I don't have any desire to see the Ravens use these early picks on defense, but we NEED playmakers at wide receiver, tight end; we need to bolster that offensive line; we need a quarterback and another running back; and then we definitely need more versatile linebackers.

The Ravens will be selecting 16th overall tonight, and with that pick they should take the best offensive skill player available. And if I'm being completely honest with myself, and how I would want to do things, I would take Quarterback Lamar Jackson. I just think Joe Flacco has met his ceiling and has steadily declined to the point of no return in many respects. And I think Jackson is such a special talent, that he can do more with less, due to his speed, versatility, and playmaking ability. By drafting Lamar Jackson, you minimize the amount of other pieces you have to surround a one dimensional Joe Flacco with. With Jackson at QB, the run game will be featured much more and yoru receivers will get more one on one coverage. 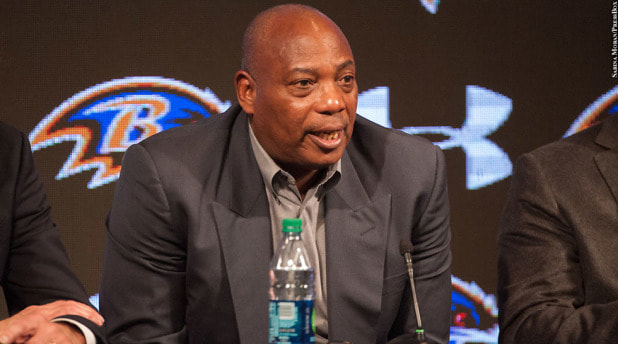 Most likely, with Ozzie's final draft pick, we will come away with an offensive lineman like Joe Schiller to help protect Joe Flacco. It won't be sexy, but he'll most likely be a solid addition. Ozzie's track record in selecting wideouts is horrible, so I think he will be hesitant in trying to nab one of the much talked about prospects like his Alabama brethren, Calvin Ridley, Courtland Sutton from Louisville, or D.J. Moore from nearby Maryland. And honestly, I wouldn't blame him for being shell shocked at this point.

Also, I wouldn't be surprised if he tried to draft a linebacker to replace the aging Terrell Suggs. I personally would wait until later to address the defense, as we have bigger fish to fry. But this is Ozzie, that's what he does. So don't be surprised to see linebackers Tremaine Edmunds, Rashaan Evans, or defensive end Harold Landry at 16. Its Ozzie, and he doesn't care if things are sexy early. He's going to concentrate his value in rounds 3 and on.  At this point, I'm just used to it and I'm not getting my hopes up.
​By: Larry Causion Jr.    CausionCreations.com
Posted: Thursday, April 26, 2018