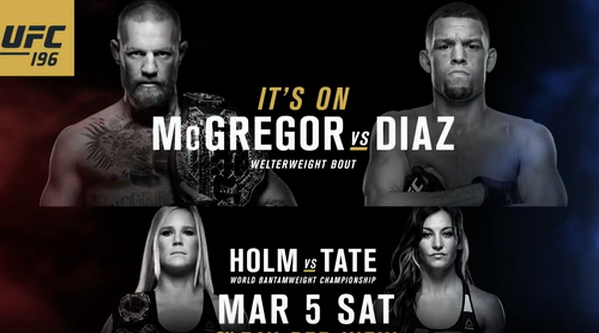 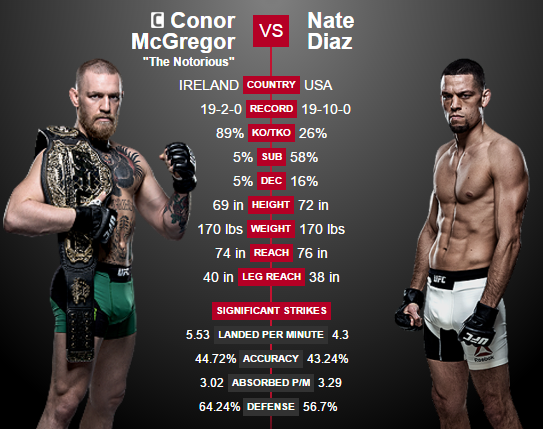 In fact, from the outside, under normal circumstances, Diaz may have been the stylistic opponent McGregor would want to avoid. However, McGregor has a huge edge, being he’s been training for this date for months while Diaz just got the call. For Diaz to implement the game plan he needs to beat McGregor, especially in a five-round fight, the conditioning will be a key factor, and maybe the key factor. Photos of Diaz show he looks in better shape than he had in some of his recent fights, but low body fat and a tight physique doesn’t mean he’s ready to go five rounds, and the Diaz brothers are also known for conditioning. Nate is a guy who at times looks like a championship fighter, but at times, as his 18-10 record shows, he performs like a guy not even in the top tier. 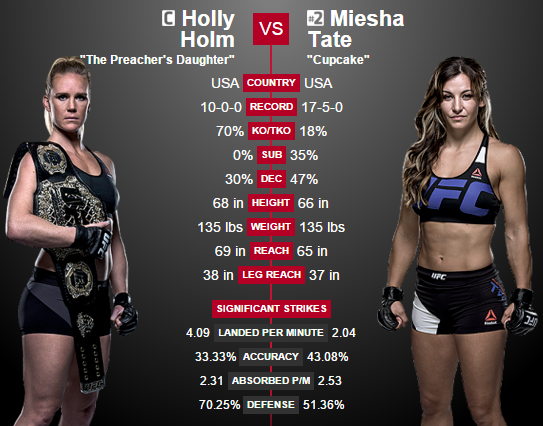 Holly Holm is looking to remain undefeated and extend her 10-fight win streak. She is coming off a second-round knockout win over Ronda Rousey in a UFC Women's Bantamweight Championship bout at UFC 193 in November. She is 5-0 in her last five fights.

Miesha Tate is looking to extend her 4-fight win streak. She is coming off a unanimous decision win over Jessica Eye at UFC On FOX 16 in July. She is 4-1 in her last five fights.

​They’ve tried to sell the fight on the idea Tate, with a wrestling base, could takedown Holm and beat her on the ground given Tate has far more experience there. But nobody has taken down Tate except for Rousey getting her on the ground for a split second before she got up.
MAIN CARD (PPV):
Conor McGregor vs. Nate Diaz
Holly Holm(c) vs. Miesha Tate (UFC Women's Bantamweight Championship)
Gian Villante vs. Ilir Latifi
Corey Anderson vs. Tom Lawlor
Amanda Nunes vs. Valentina Shevchenko