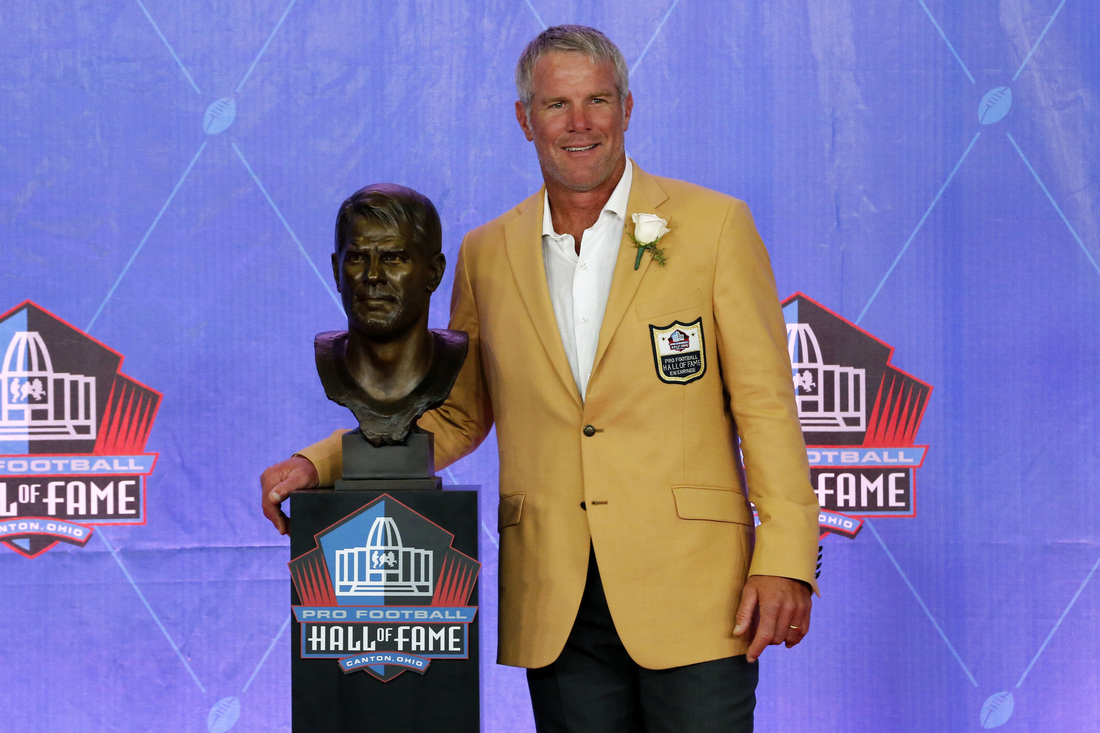 On Saturday night, the Pro Football Hall of Fame enshrined the newest class of NFL greats, into its exclusive club. This years class was headlined by one of the most entertaining quarterbacks of all time, the "Iron Man", Brett Favre. 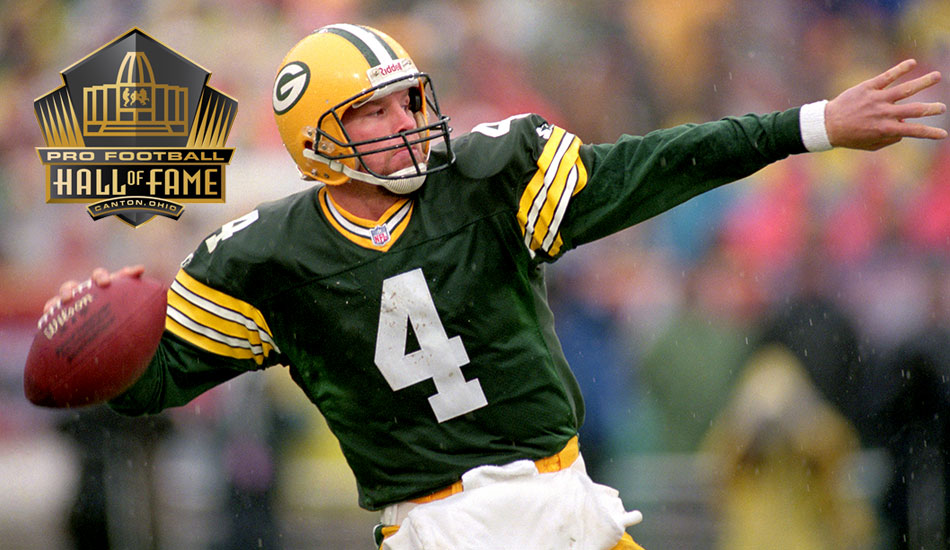 There is no doubt that Brett Favre is sure fire Hall of Famer and one of the most fun QBs to watch during his era. But as some of you who know me know, I have been highly critical of the glorification of Favre over the years. To me, Favre was a great player who overstayed his welcome and tarnished his legacy. I will explain more layer.

In the mid 90's, Favre was in the middle of winning three MVP awards and leading the Packers to a Super Bowl championship in 96. He was on top of the world. At that point, there was no criticism deserved. No question, the guy was a made man and pretty much the standard.

Favre went on to break and set records during his career in Green Bay. He started every game from 1992 to 2007 as a Packer. Phenomenal. Favre passed for 500 touchdowns, threw for over 70,000 yards, over 6,000 completions, and threw over 10,000 passes. Wow. Eye-popping, stunning stats. But you know what I see when I see these inflated numbers?

A player that played way too long.

No quarterback has thrown more passes than Favre, so it should be no shock that he has the most completions, yards, and touchdowns. But if you also look at how telling this is, you will see that he has been sacked the most, fumbles more than anybody else in history, and leads all QB in interceptions too!! 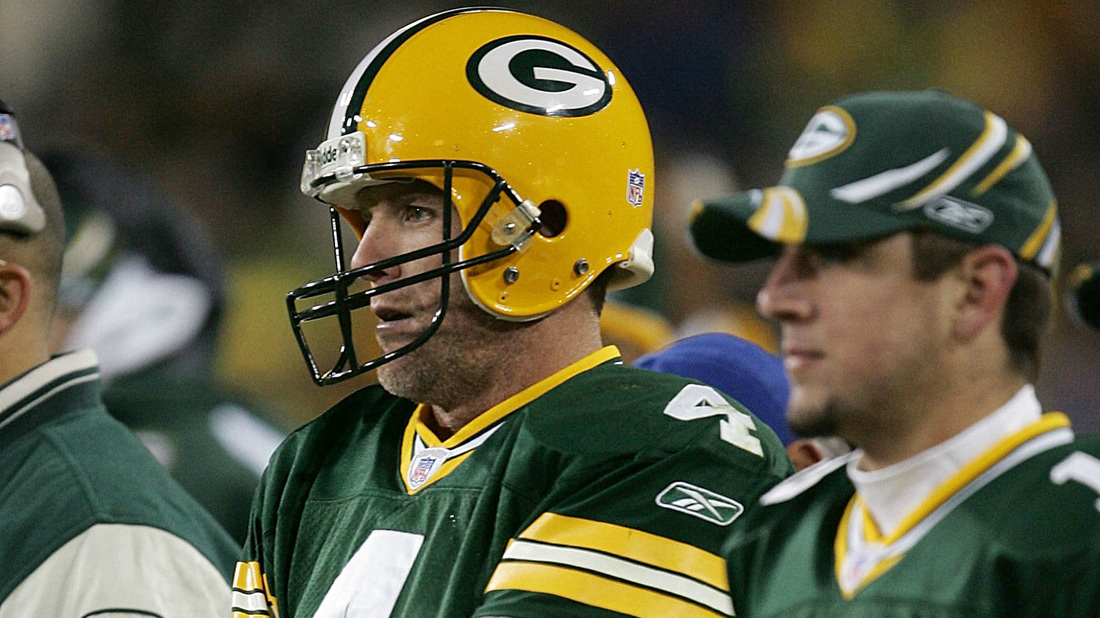 The Packers wanted to plan for their future and move into when they drafted current starting QB and Superbowl champion, Aaron Rodgers to be their future franchise QB. And this is where my biggest problem with Brett Favre began. The guy became a total diva and halted the growth of not only Rodgers, but the Packers organization. How many times did Favre tell the Packers he was done? So rightfully so they began the transition to Rodgers.

And then He changed his mind again and again, year after year. And they had to just go along with it. Why? Because he's Brett Favre that's why. They would be killed in the media if they dared to move on to a younger QB. So they were on the hook as long as he wanted to string them along. And that's what he did every off-season towards the end in Green Bay. Toy with them. And all the while, they had no championships to show for it since 1996. And their QB of the future, who they drafted in the 1st round in 2005, was just sitting there. Waiting.

Then finally, in 08, Favre said he was done once again, and the Packers held him to it. They parted ways and looked towards the future. And what did Favre do? Changed his mind again!!! But thus time, the Packers said, no thank you, its time to move on. And what was Favre's response? He buried them in the media, like they were wrong for taking him at his word when he said he was done!! A total diva move in my opinion.

The entire fiasco only cemented my opinion of Favre. A media darling who was treated with kid gloves for so long that it went to his head. All the while players like Donavan McNabb and Terrell Owens were being excoriated in the media. The hypocrisy made me despise the love of Brett Favre. 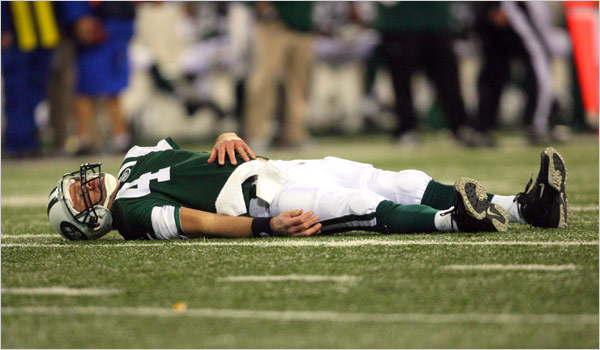 Favre went to the New York Jets and was the definition of mediocre. He threw 22 touchdowns and 22 interceptions. And they missed the playoffs. He had a few bright moments and really bad moments. Exactly what you would expect of Brett Favre post 90's career. At this point I felt sorry for him. Why tarnish your legacy any further? Let it go. So he announced his retirement, again after his 18th season. But of course, in true Brett Favre fashion, he was lying!!!!! 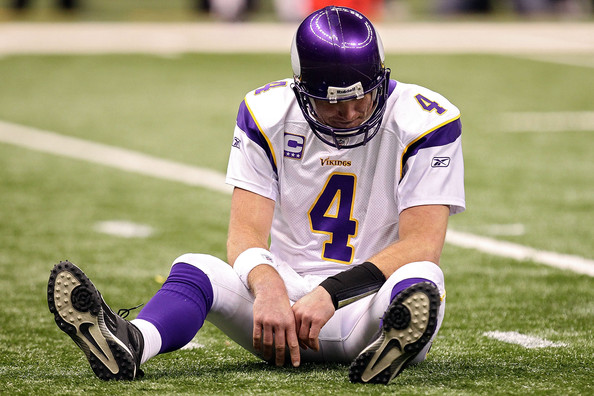 Favre signed with the Minnesota Vikings, after he hoodwinked the Jets into letting him go. What a con artist. He wanted to go to Minnesota all along, to reunite with head coach Brad Childress. And to his credit, Favre was great during that first season in  Minnesota. Phenomenal even. One might say, if it wasn't for Bounty Gate and the Saints absolutely punishing him in the NFC championship game, Favre may have led the Vikings to a Super bowl Title. But you know, I look at that differently. That beating Favre took was reaction by the players against Favre and his diva treatment. The most loved player at one time was now being viewed with discontent.

And the end of Favre's career came with injury. He couldn't answer the bell in 2010, as the injury tally just kept racking up and his iron man streak was broken. Again, the ending to the Favre story was sad and could've been avoided had he just bowed out gracefully in Green Bay. But no, his ego wouldn't allow it. I believe that in his heart, Favre knew that that 2nd title was eluding him, thus his legacy would never be as great as it should have been. 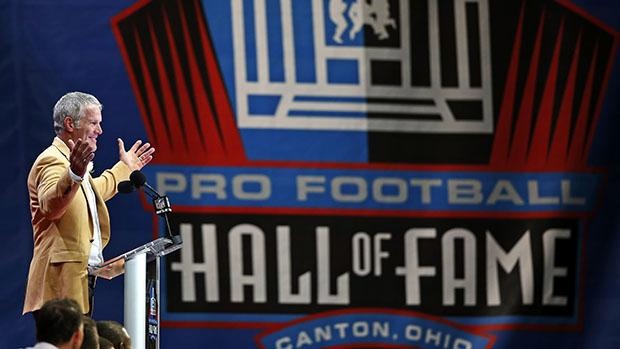 So while I fully believe Favre is worthy of being inducted into the Hall, in my opinion, he's not one of the greatest Quarterbacks of all time. At his peak, he was super entertaining, and made the game fun to watch with his gun slinging style. He was durable and played along time. That's something to celebrate. But lets not put him in the class he doesn't belong in.