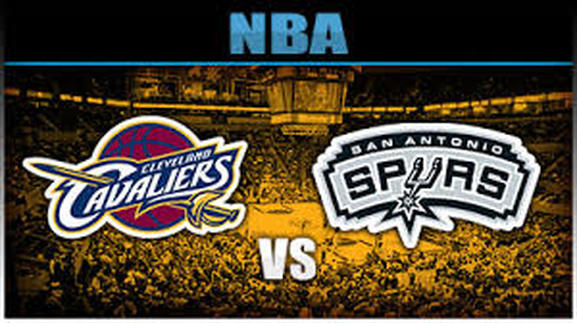 By: Larry Causion Jr.    CausionCreations.com
Posted: Friday, March 13, 2015
Late Thursday night, instead of getting a good night's sleep in preparation for a busy Friday at work, I found myself sitting up in my bed watching the NBA on TNT. Normally this would be routine as I watch the NBA on TNT every Thursday night and faithfully stay up to watch Inside the NBA after the late game.

But this week, I have been struggling to adjust to the daylight savings one hour change. So I laid in bed trying to force myself asleep, but couldn't. My two favorite basketball attractions were playing on TNT.

These two entities have made the sport of basketball so enjoyable for me over the past 15 years, as I always have someone to root for, who has a strong chance at being champion. For the past 4 years, my finals prediction has been the same, Lebron vs the Spurs. And 3 of the those years I have been correct.

Well this year is no different. Before the season, even with Lebron now returning to Cleveland with a new cast of teammates, I predicted he would face the Spurs again in the NBA Finals.

Of course nobody ever agrees with me, and that is completely fine. One thing you must know about me is I make decisions for myself and always shape my own opinions. Sometimes I'm wrong, but many times, I'm right.

Well last night's game only justified my finals prediction more. The game was excellent and both teams showed flashes of greatness.

Kyrie Irvin was sensational. He made tough shot after tough shot. Not only was he perfect from 3 point land, but he also drove and finished at the rim with regularity. It was an excellent performance that overshadowed great games by Tony Parker and Lebron James.

And the Spurs still could have and probably should have won the game, had Kawhi Leonard hit his free throws at the end of regulation. Also Manu Ginobli didn't even score due to an illness he's been battling.

These two teams know how to win because their leaders know how to win. Lebron James is the best basketball player in the NBA, and for him to be playing with an offensive force like Kyrie is a blessing to his career. Especially after carrying Dwayne Wade to 2 titles in Miami.

The Spurs have been labeled old and washed up since 2008. And yet they keep showing the world every year how great they are in the playoffs, and then the world forgets what they saw by the next year. Smh. When will they learn.

While the competition in the West has been tough all season, and the road to the finals looks like it may go through Golden State, I firmly believe that nobody in the West really wants to play the Spurs.

But I guess they will have to make you believe your eyes, all over gain.