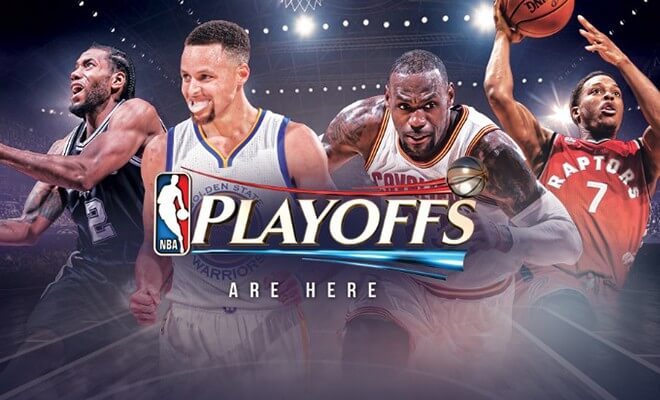 The NBA Playoffs kicked off over the weekend, and due to travel, I was unable to write a proper preview ahead the weekend games. I wasn't too worried about it honestly, because looking at the brackets, there is no match up where I see a dramatic upset which would turn the tournament upside down. Pretty much, every opening round match up should be a forgone conclusion, but through one and in some match ups two games, I do have a few observations. 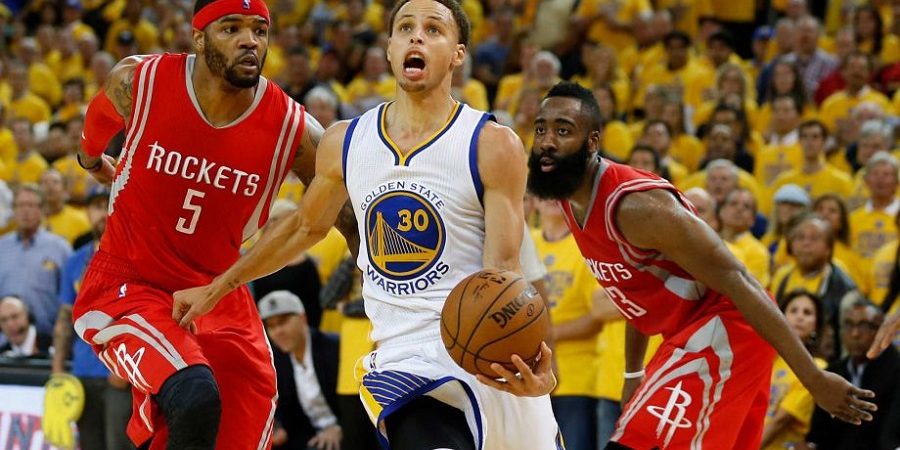 The Warriors are way better than the Rockets. Lol. I know that's breaking news, but its just sad how much better they are. In game one, Steph Curry injured his ankle, and was forced to sit out game two. And without him, they still made James Harden and the Rockets look silly. Pathetic really.

I have the Warriors making it to the Western Conference Finals. And then, the carpet will be ripped from under them. I will say this, Steph better rest up. 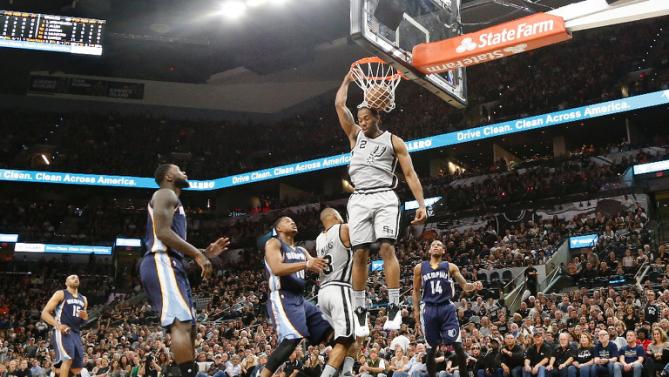 The Spurs were dominant as expected and Memphis just is outclassed. Its too bad that Memphis has so many injuries, cause watching them without their main stars in Mark Gasol and Mike Connolly is just sad.

The Spurs are my pick for the NBA Championship. Their leader, the back to back defensive player of the year Kawhi Leonard will be the difference maker in the long run. And La Marcus Aldridge will be key to bringing Pop his 6th ring. 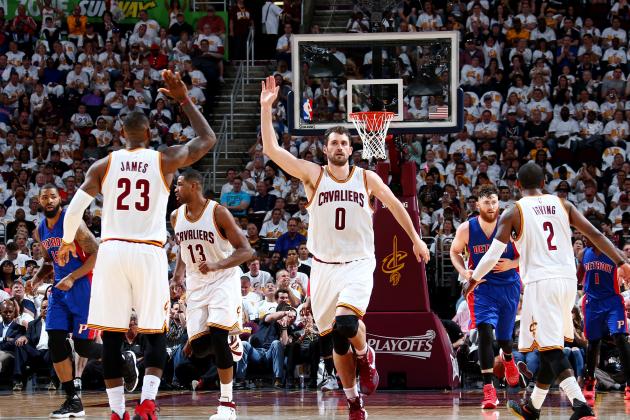 The Cavs struggled with the Pistons which doesn't surprise me one bit. the Cavs got good play out of their big three but Detroit ain't no push overs. This should be a good series. But the Cavs are my pick to lose to the Spurs in the finals. 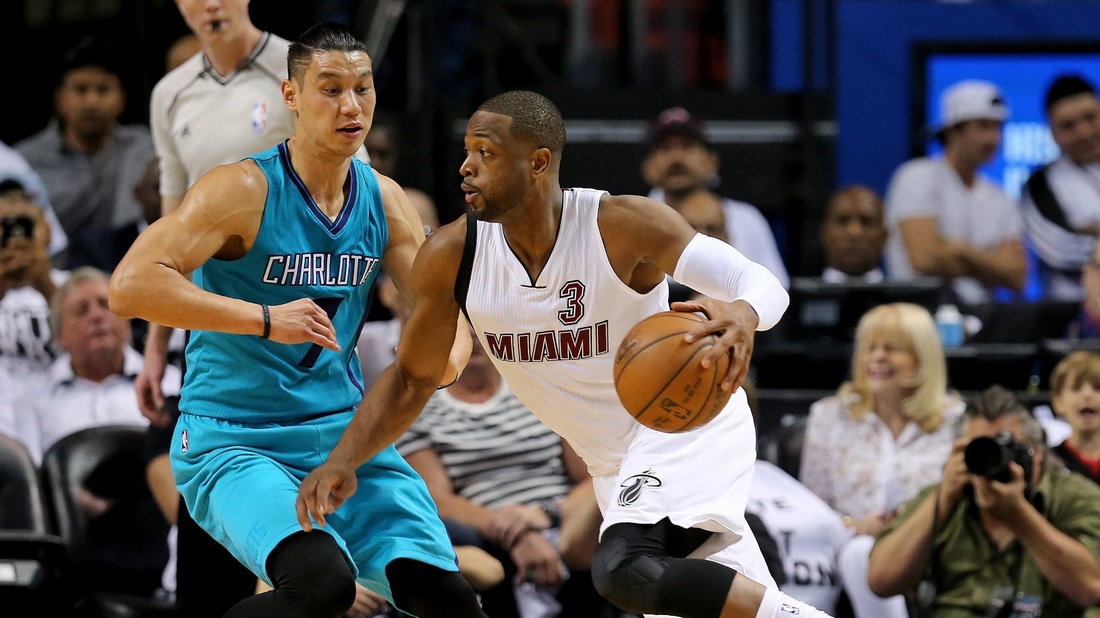 The question is, are the heat really this good or are the Hornets just horrible. Cause the Heat looked like the Showtime Lakers out there on Sunday. I actually am pretty interested in a Heat vs Cavs match up down the road. 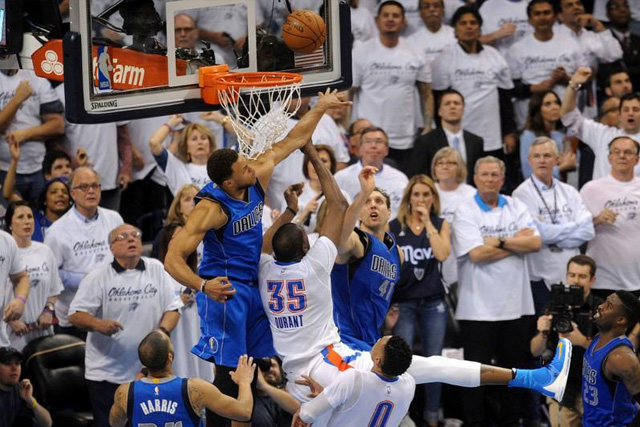 Well, anything can happen. Kevin Durant took 33 shots on Monday night and missed alot of them. Westbrook missed every shot he took in the last 9 minutes of the game. And guess what happened? The Mavericks won game two against the Thunder in OKC. Yea, that's why they play the games. 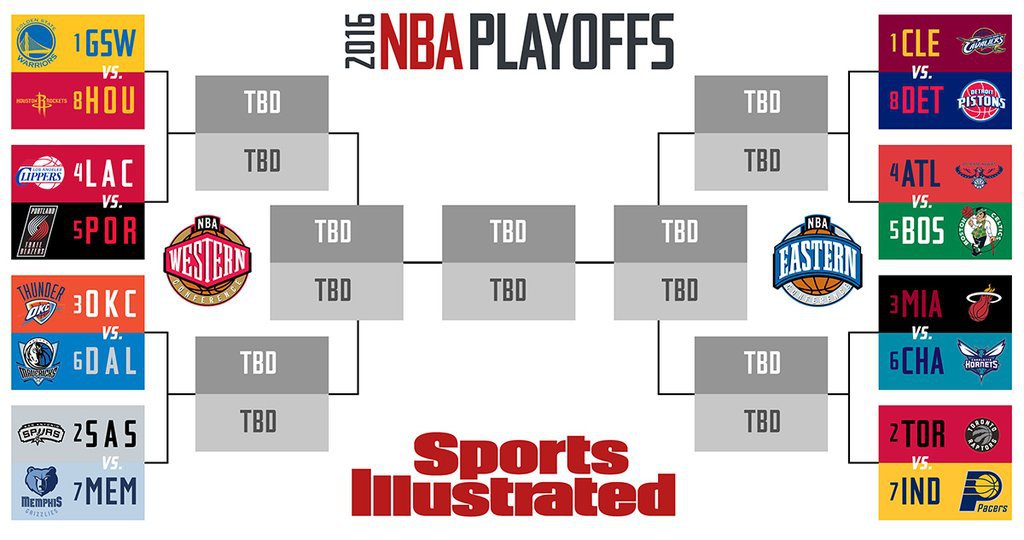