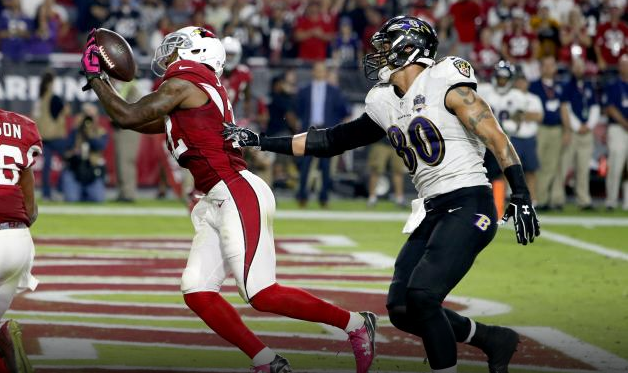 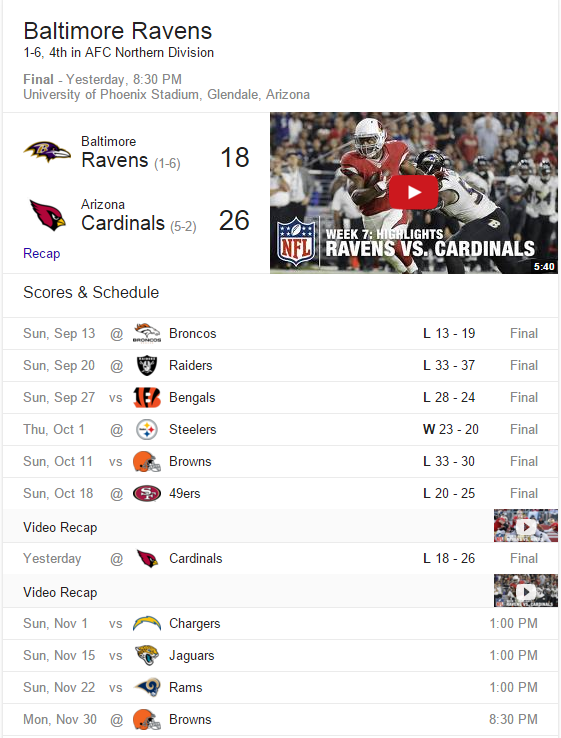 The Baltimore Ravens are  now 1-6. That's right, 1-6. And for the 6th time this season, the Ravens were defeated by one score.

The Ravens were defeated by the NFC West leading Arizona Cardinals on Monday night football by 8 points, the biggest margin of defeat they have had this season. Joe Flacco led the Ravens down the field with no time outs and failed to tie the game up, as he threw a game ending interception. We have seen that scene far too many times.

The Denver game ended the same exact way. A floater to the tight end in the middle of the field. Smh.

I could rant and rave, but lets be real, the Ravens came out and fought hard in a game that nobody gave them a chance to win, and many thought would be a clear blow out. The Cardinals were more talented on both sides of the ball. Their defense had no respect for the Ravens receivers and pressed and blitzed Flacco all night. The Honey Badger was all over the place.

The game was filled with bad calls by the refs and many will focus on that. I won't. The bottom line is, the Cardinals lined up with a better team on both sides of the ball, and beat the Ravens by 8 points. I am not mad at that. It is what it is.

Now the Ravens will travel home this Sunday to host the frustrated San Deigo Chargers. They have to put this loss behind them and handle their business at home. Without question, the schedule has not been kind to the Ravens so far this season, but they lack talent at key positions, and that is the real issue.

But those guys played hard and we got to learn from it and move on to next week. What's done is done.