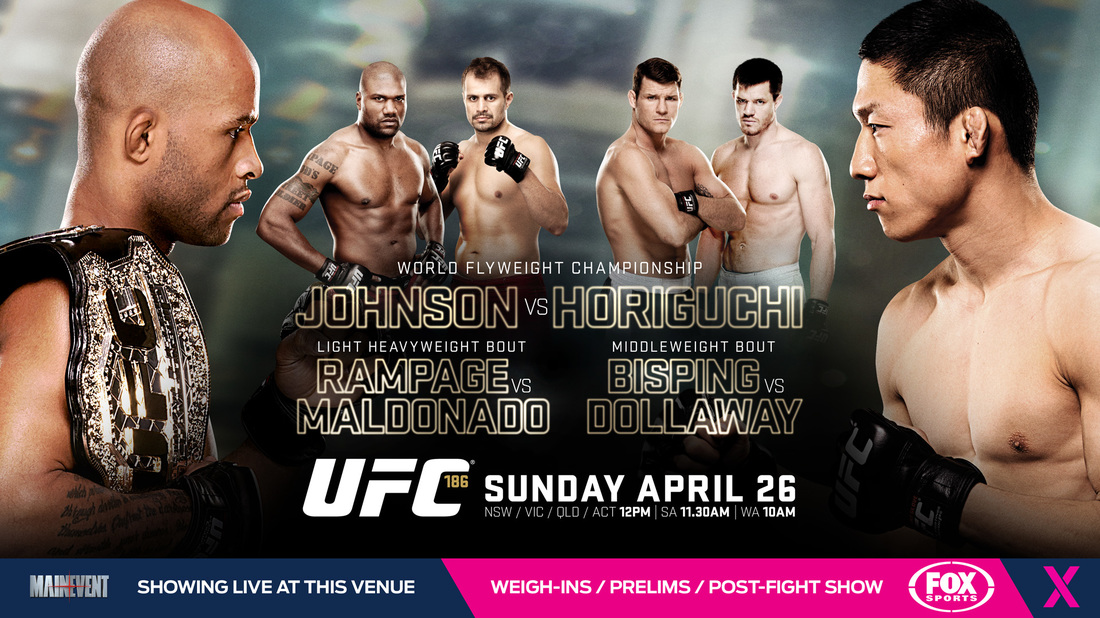 UFC 186: Possibly the worst UFC PPV card of All time 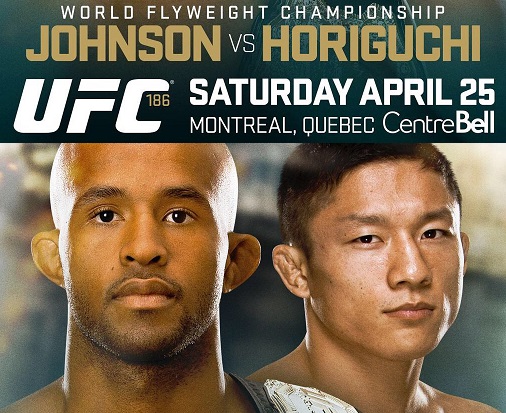 
This is sad. I really love Demetrious Johnson as a fighter, and I believe he is one of the best fighters in UFC. But he's so dominate that he has basically wiped out the entire division and no challenger presents an interesting match up for him. So much so, that unfortunately his fight's are not worthy of headlining a PPV in the eyes of many.

This card has been cursed.

The main event was originally scheduled to be a UFC Bantamweight Championship bout between T.J. Dillashaw and Renan Barao. Dillashaw was forced out due to a rib injury on March 24, and the bout was cancelled, the second time it has been. It has since been rebooked for July 25 in Chicago.

The co-main event was originally scheduled to be a welterweight top contender bout Rory MacDonald and Hector Lombard. However, the fight was cancelled after it was revealed that Lombard had failed a drug test at UFC 182, and he was pulled from the fight. MacDonald was then pulled from the card in favor of a title shot against UFC Welterweight Champion Robbie Lawler at UFC 189.

The UFC Flyweight Championship bout between champion Demetrious Johnson and challenger Kyoji Horiguchi wasn't originally planned for this card (it was planned for Manila actually). When MacDonald vs. Lombard was pulled, it was pushed up to co-main event status for this card. With Dillashaw vs. Barao then falling apart, it was given the bump to the main event slot.

Fabio Maldonado was originally scheduled to face a returning Quinton "Rampage" Jackson. However, Jackson may or may not have been truthful about his contract situation with Bellator, and the UFC took him at his word that he was free from his contract and decided to re-sign him. However, Bellator took offense and filed a lawsuit. It appeared Jackson may have still fought, but an injuction was filed, and Bellator won the injuction, thus forcing Jackson out of the bout.

But then Jackson won his appeal and now will fight this Saturday night. But who really is all that interested? I don't know.