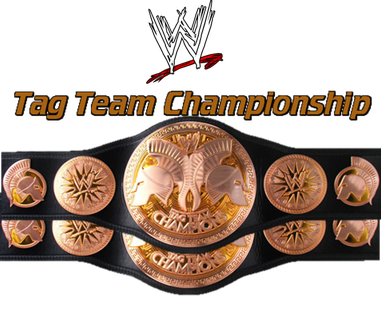 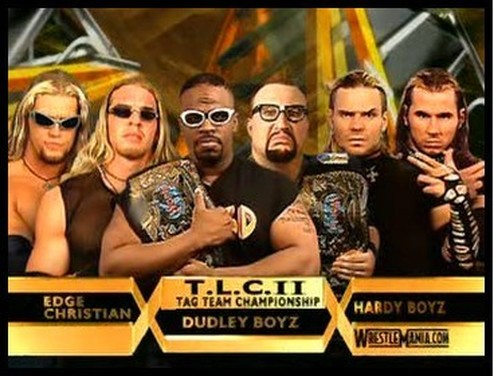 For many WWE fans, when you think of the tag team titles, your mind automatically goes to one of two eras.

Either the 80's, when you had a plethora of teams including The Hart Foundation, Demolition, British Bulldogs, The Rockers, Powers of Pain, Can Am Connection, Twin Towers, Legion f Doom, and Brain Busters.

Those two eras of WWE tag team wrestling history created many of the future singles stars of this business and the team setting helped prepare them for great things later.

But for me, there is an era that is severely overlooked and is exactly the type of formula the company should be following right now as it relates to the tag team division. And that is the Smackdown 6 of 2002.

You see, back in 2002, WWE had a brand split and some guys were drafted to Smackdown and some RAW. Initially the rosters were pretty even, but the RAW ratings began to slip, so Vince decided to put more star power on RAW. A trend that has continued until this day.

Well, Paul Heyman, the former ECW creative mastermind, was the booker of Smackdown, and he wanted to take the wrestlers Vince left him with and make the best out of the situation. So while RAW had HHH, HBK, RVD, Jericho, Flair, Kane and Booker T. Smackdown had Brock Lesnar and the Smackdown 6.

The Smackdown 6 was Kurt Angle and Chris Benoit, Edge and Rey Mysterio, and Eddie and Chavo Guerrero.

Of course on paper, Vince saw the guys from Smackdown as some good hands that were not superstar personalities. Paul Heyman saw them and saw a chance to do something special.

So he paired 6 single competitors up in 3 tag teams and for months they put on classics in various variations. Not only was wrestling excellent, but the personalities and story lines were the best thing going in the company. It was brilliant.

This era is largely glossed over and forgotten for a few reasons, but the main being Chris Benoit. Its so unfortunate that because of the despicable act he committed, so many great wrestling moments are not even allowed to be mentioned or highlighted. Think about it. They never talk about that time frame because Benoit had such a major role in it. Its sad.

But the formula that made the Smackdown 6 work was simple. Take single competitors who are floundering by themselves, and pair them together in believable tag teams, and highlight their positives.

I know it has been tried, but there needs to be company wide commitment. So here is my plan.

Every performer needs a partner. There should be no reason that anyone is getting beat down and nobody comes from the back to his aid. Why doesn't anyone have any friends in this company. Who is John Cena's friend?

Much like with the IC and U.S titles, in order for people to take the tag titles seriously, they must be defended against teams that involve performers who are taken seriously. By forming teams out of real stars, the belts are now positioned where they can main event RAW or Smackdown or even a B PPV and fans think it means something.

Don't get me wrong, I love the Uso's and I love Kidd and Cesaro. But how many times can they wrestle each other on Raw and Smackdown, only for them to wrestle again on PPV. We need a variety of different teams with new match ups each week.

The reason why the fans feel like guys like Daniel Bryan or Ziggler and Ambrose are being booked like jobbers if they are not the World champion is because the WWE has conditioned its viewers to see the secondary titles as unimportant and not worthy of those stars holding them.

If the WWE really wants to elevate its entire roster, they must recommit to elevating the prize championships.