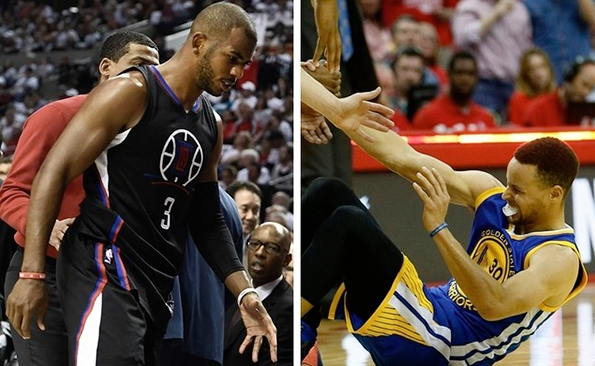 This years NBA Playoffs really took a major turn over the last week, when three of the biggest stars in the league fell victim to some serious injuries that could alter the destiny of their teams. Its sad when you work all season to put yourself in position to make a championship run, and a fluke accident changes everything.

The defending NBA Champion Golden State Warriors have been playing much of these Playoffs without their leader, Steph Curry. Steph sprained his ankle in the very first game of the series vs the Houston Rockets and was forced to sit out games 2 and 3. Only to return in game 4 and injure his knee. Smh. The Warriors got good good news that Steph may only need to miss two weeks, but still, one has to wonder how he will be when he returns and if he will re-injure himself again.

The team looking to possibly profit from a missing Steph Curry was the Los Angeles Clippers. But as luck would have it, they lost both Chris Paul and Blake Griffin, their two best players, in game 4 of their series vs the Blazers. A series that now is really up for grabs. Griffin is done for the year and Paul may be as well. This is crazy.

The Warriors are still in a great position without Curry as their team is loaded. But Portland would be no match for the Warriors. The Clippers are done. And you know, I think in a way its Karma for that dirty move DeAndre Jordan pulled on the Dallas Mavericks, reneging on his deal to join the team.

Which brings me to my preseason pick to be the NBA Champions, the San Antonio Spurs. This well oiled machine cruised threw the first round and now will match up with the highly dangerous Oklahoma City Thunder. This will be a battle, no doubt about it.

The key will be Westbrook v Danny Green. Green gives Westbrook fits but Russ always gets his. Sometimes to the detriment of his team in key stretches. What I do know is, the Thunder better not go t sleep for stretches in the second half of games, as they have been known to do this season. Or they will get blown off the court and sent home in five games.

​Either way, it should be fun!! 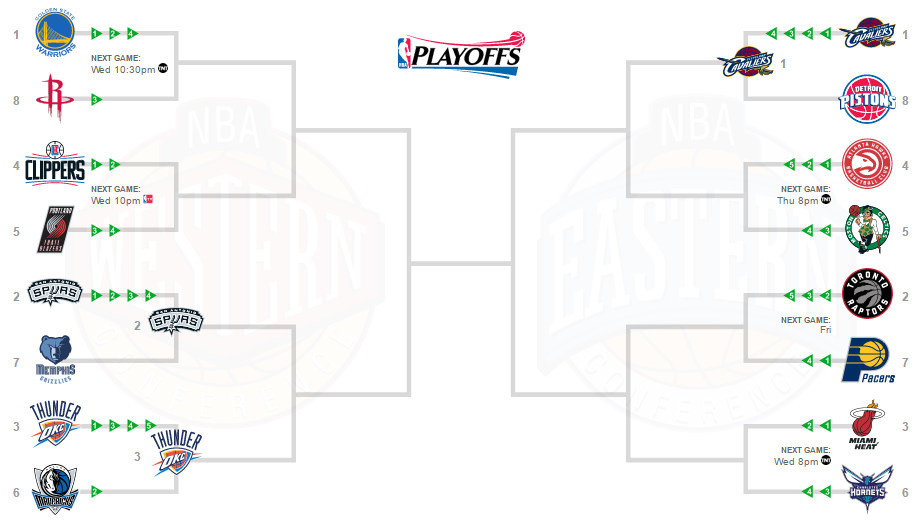