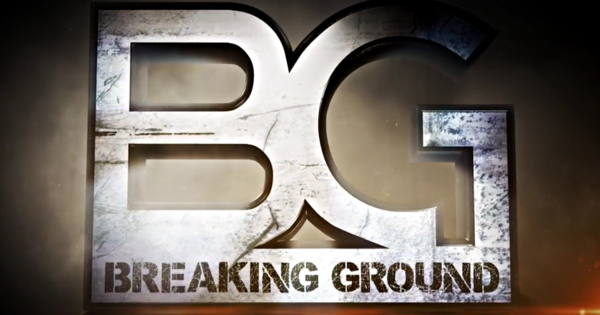 This edition spent a good deal of time with four men in two tag teams: former amateur wrestlers Jason Jordan and Chad Gable, former football player Mojo Rawley and current WWE superstar (doing double-duty in NXT) Zach Ryder.
Jordan wrestled since he was a kid, something we learn about while seeing adorable childhood photos of him in a singlet at a meet. He's a unique case, as wrestling has given him some structure in his life – compared to two of his older brothers, who are in jail. The coaches praise his athleticism, but noted he seemed to struggle at times to be believable in the ring. Regal says that until recently, he hadn't found his “thing,” and we get clips of Jordan as an occasional enhancement talent on NXT television.

Enter Chad Gable. We learn a bit about him. Like Jordan, he was a high-level amateur wrestler – he went to the 2012 Olympics. He's smaller, athletic and has charisma. Jason Albert says Gable's personality has rubbed on on Jordan a bit, and we see them hanging out and playing basketball. “I guess you never thought you'd lose to a short white guy in basketball,” jokes Gable. Later on, we tag along with them as they drive to an event. They joke around. Later we hear that Gable hurt his ankle in Texas, and the coaches move around some matches to maximize his rest so he's ready for the Dusty Rhodes tournament.
The contrast to the “best friends with similar backgrounds” tag team is Mojo Rawley and Zach Ryder. Mojo's a crazy man who used to play football and made the NFL but got injured. He buys a house and parties in it. He's young and loud, and despite his enthusiasm it seems like he's peaked in NXT already. The coaches discuss in a meeting that he doesn't get what an opening match is supposed to be or have.

Enter Zach Ryder, his new partner – and coincidentally, an opening match guy on the WWE main roster. Ryder's more experienced and more mature, and sees the tag team as an opportunity to get back to the main roster more regularly – and to probably prove to WWE that he can be used to help younger guys, which could extend his tenure. And Rawley sees Ryder as a path to the main roster. Yet in an odd contrast, Ryder and Rawley don't ride together (Rawley travels with Dana Brooke) and they text each other regularly, but they aren't best friends or anything. The show seemingly goes out of its way to show Jordan and Gable riding together and being buddies and Ryder and Mojo being mis-matched.

In addition to the main two teams, we hang out with ZZ and Cal Bishop. ZZ is still woefully out-of-shape and has horrible cardio, and actually walks out of a cardio workout (with Albert and Robbie Brookside yelling at him to continue) because he's so blown up. Cal Bishop is a California kid signed out of college by Gerry Briscoe, but currently out with a shoulder injury. Dana Brooke and the coaches praise him for his look and his commitment, especially since he's gone through all the rehab for his injury. He cuts a promo in promo class about adversity and battling through it. It's actually pretty good, and they seem to really make viewers like him. On this show, that either means he's either going to do really well or he's going to get cut next week.
​
Final Thoughts:
The more focused Breaking Ground has been in its episodes, the better the show has been. This was easily the most focused episode and so far, the best the series has been in helping audiences get to know the NXT talent.