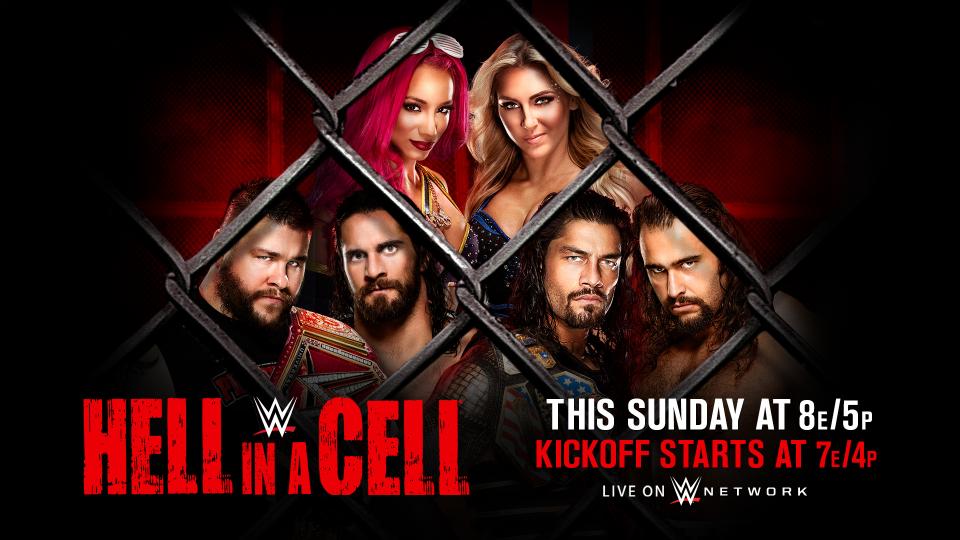 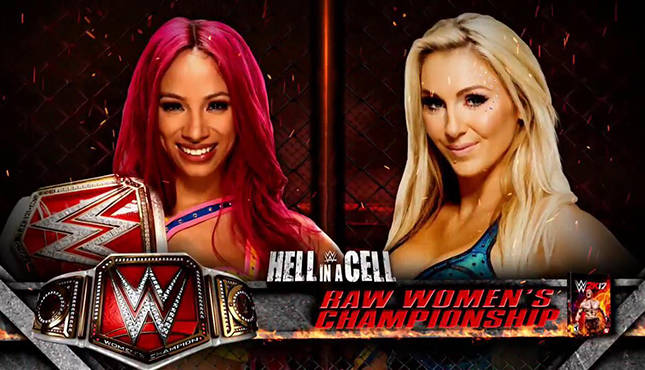 What a stupid way to treat Sasha in her home town. Charlotte regained the title.  She threw Banks twice on a table that didn't break and hit the natural selection for the pin. The story of the match started with Charlotte power bombing her off the cage while they were fighting outside the cage through the announcers table.  They teased that Banks couldn't continue and Banks was put on a stretcher. Banks got off the stretcher in the middle of the announcement and the match was on.

They had a long match, and the crowd really wanted it to be special.  But it was just a terrible finish. But alot of Sasha ass shots kind of made it worth while.... 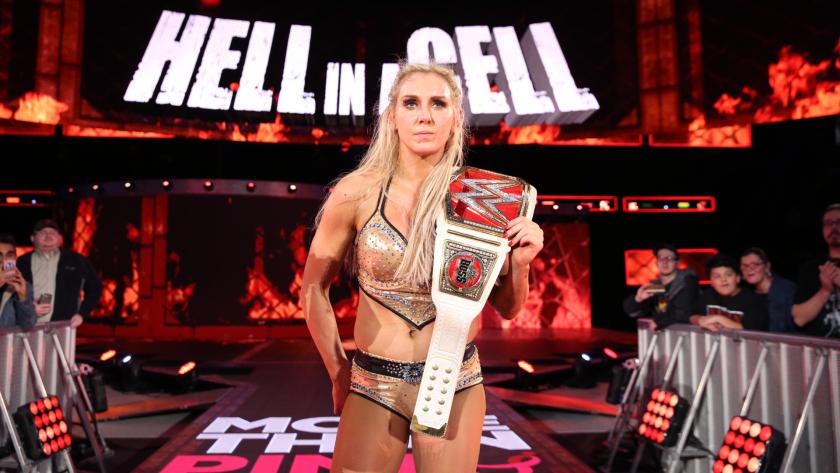 ​Owens retained the title after interference from Chris Jericho.  Owens power bombed  Rollins through two chairs to win the match.  During the match Owens sprayed a fire extinguisher in the eyes of the referee.  They opened the cage door and Jericho ran in and then locked the door and took the key.  One highlight was Rollins power bombing Owens over the top rope and through two tables.  Rollins used a twisting frog splash but Jericho pulled the ref out of the ring to break up the count.  Rollins also kicked out of one power bomb early.   Owens used several chair shots on Rollins,but Rollins got the chair and hit both of them, but Owens DDT'd him on the chair.  Jericho laid Rollins out with a codebreaker after the match and kept bad mouthing him.  Very good.

​Rusev had the Accolade with a chain around Reigns' mouth but Reigns powered out of it and did a Samoan drop on the ring steps and then speared Rusev off the ring steps for the pin.  The finish came across as the blow-off of their program.  Both used kendo stick shots early.   The crowd was up and down for it.  Reigns wasn't booed much but the chants were more "Let's Go Rusev, Rusev sucks."  Both used kendo stick shots early, as well as the ring steps.  Probably went too long but a good match.

Rusev is the greatest and he once again carried Reigns to a good match.

​The match was well wrestled but the the crowd was totally dead following the previous match.  They were sent out to die and they in fact, did die.  The finish was so bad.  Kendrick did a fake knee injury that nobody bought.  Perkins was acting like he believed it and the crowd booed Perkins for his stupidity and Kendrick just for doing it.  Perkins tended to him and then Kendrick head-butted him and put him in the captain's hook for the submission.

I have no desire to see Kendrick wrestle at this point. The Cruiserweight title matches should be high flying and high energy. He wrestles like a heavyweight. Hopefully he's dropping that belt to Alexander soon. I'm over this feud.

​The New Day, which was Woods & Big E, lost via DQ whe Kingston gave Sheamus the trouble in paradise on the floor as Cesaro had Woods in the sharpshooter in the middle.  The ref saw it and called for the DQ befoe Woods submitted.  E went to save Woods earlier but Sheamus hit E with the trombone which the ref didn't see, but he turned around and did see Kingston attack Sheamus.  The match was good but the finish was designed to keep the program alive without changing the titles.  There was a spot where Sheamus gave Cesaro a Brogue kick and Woods very slowly went for the pin but Sheamus made the save.  Woods did a rope walk into a flying elbow drop 2/3 of the way across the ring.  Sheamus did a plancha, a low plancha but a plancha nonetheless onto all three New Day members.

​Long monologue by Enzo & Cass.  He nicknamed them Big Gal & Andy.  He got in a Big Papi reference for an easy Boston pop.  Actually the monologue was the best thing on the show so far.

The object of this match was to put Anderson & Gallows over.  Gallows superkicked Enzo and then Anderson pinned him after a Magic killer.  Match was average.  Basic stuff.  Enzo sold for a few minutes and Cass got the hot tag and cleaned house.  Enzo tagged in and they went right to the finish.

I just don't see how far you can go with the Club as long as the New Day are still champions. We have seen them feud way too much.

​Bayley won clean with the belly-to-belly.  Bayley got a big reaciton coming out but crowd wasn't up for the match.  Just kind of there.  Bayley is a good wrestler but Brooke was too limited to do much with.  The pop for the win was nothing close to that of the entrance and it's not supposed to be like that.

Dana Brooke really does suck and she brings down every opponent she's in there with. Obviously they have plans for Bayley to go for the title, sooner rather than later.

​Good opener ending with Alexander pinning Gulak after a lumbar check.  Fast paced good match with a lot of flying moves.  This was more like a Lucha Libre match Dorado doing a shooting star press, a moonsault out of the ring and the three faces also did a triple dive spot near the finish.  The crowd wasn't into it early but once Alexander tagged in and they started with the big moves the crowd got into it.

I think Alexander should be wrestling in title matches.