The Spurs are Still the class of the NBA 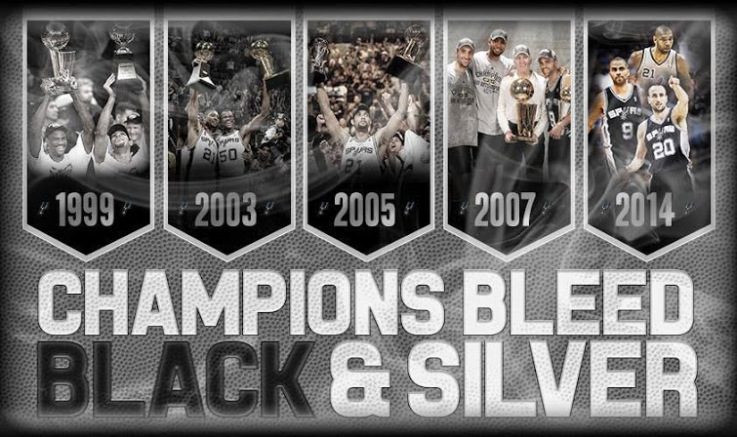 It is well documented how big of a San Antonio Spurs fan I am, so I in no way am trying to hide that. So if you call me biased, that's your prerogative, but I assure you, I speak the truth. And the proof is in the pudding.

Last year, the biggest upset I have seen in quite some time occurred when the Spurs were eliminated in the first round by the Los Angles Clippers. The Clippers were able to beat the Spurs in game 7 when Chris Paul hit a miraculous, (maybe even lucky, lol, naw) floater to win the series for teh Clippers. This sent the defending champions home early. But hey, they were the defending champions.

But rather than cry about it, Greg Popovich and AC Buford immediately got back to work to make improvements to the roster. You see, the core of the Spurs has been getting called old for years, and the Spurs have quietly retooled, and added and plugged and won consistently the entire time. But father time is undefeated no doubt. So Pop realized that it was time to start building around Kawhi Leonard, the great young defensive and emerging offensive stud. And the key piece would be, LaMarcus Aldridge.

But quite possibly the greatest benefactors of the Spurs being eliminated in the first round last year, were the current NBA Champion Golden State Warriors. Let's be clear, the Warriors are young, fast, and great. They are led by a great young emerging superstar in Steph Curry who was sensational last eyar, and maybe even played better so far this season. But one thing must be pointed out. The Warriors have not defeated the Spurs at all during this stretch.

Maybe its a coincidence, or maybe its just dumb luck, but the Warriors and Spurs have not crossed paths since April 5, 2015, where the Spurs beat them handily, and won two out of three against the Warriors overall. I know, the Warriors have the best record in the league at 36-2, but the Spurs are just behind them at 34-6. 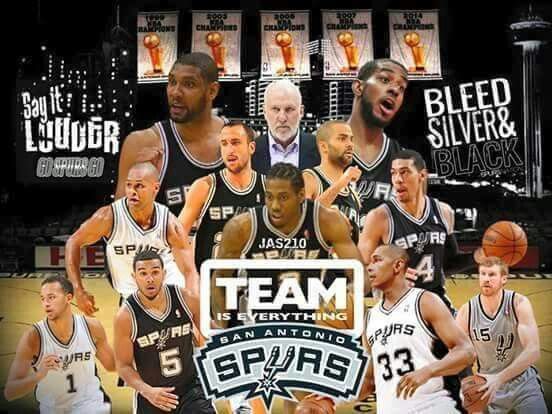 ​So why would I say the Spurs are better?

Well, they are deeper. We have seen it already from the Warriors. Klay Thompson has missed games, and the team struggled to pull out wins. Steph Curry is battling a shin injury and the team has dropped significantly, and needed herculean efforts from Draymond Green to win games. And now Green will miss some games. The problem is, they don't have the depth for this to happen later in the season and for the team to be able to replace players of that caliber seamlessly.

On the other hand, the Spurs, well they got depth for days. Kawhi won defensive player of the year last year and you can make the case he's playing better defense this year, so he'll likely be the front-runner for the award. Manu Ginobili and the unbelievably terrific year he's having. After last season, people were calling for him to retire. And he's breaking the odds to be not just productive, but he's playing some big time minutes for a 38 years old.

At this point, nothing more needs to be said. The Spurs and Warriors play on January 25th, but we all know these teams are worried more about making it to June. With the addition of Aldridge, and the Spurs added motivation after losing in the first round last year, I have no doubt they are on a mission.

The Spurs are one of those teams that play angry and bounce back after losing better than any I can remember. Last year, they were defeated as defending champions. The year before they won the title after losing to Miami in crushing fashion the prior year. They respond to adversities. They have been hearing about the Warriors for months and you can only imagine how bad they want to shut that noise up. Its coming, oh its coming. 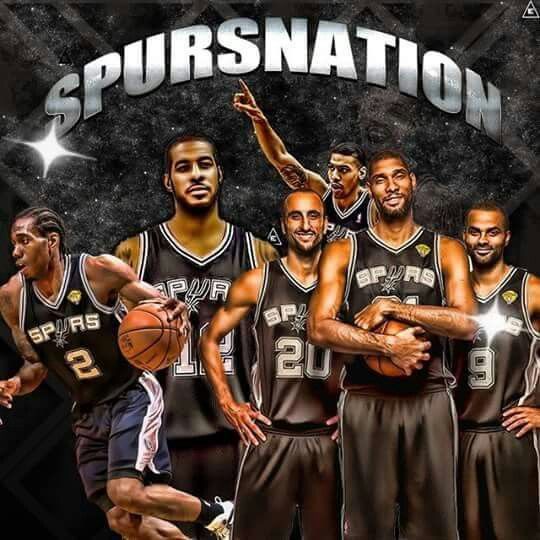