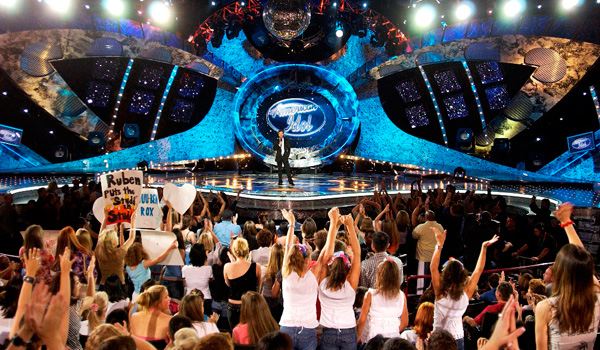 By: Larry Causion Jr.    CausionCreations.com
Posted: Monday, April 20, 2015
When American Idol debuted in 2002, I was in the immediately captivated. I remember it vividly, as the morning after it premiered, me and a group of classmates sat around laughing at the terrible auditions we watched the night before. But we also laughed at how vicious the lead judge was. That judge was Simon Cowell.

In all truth, the lure of American Idol wasn't the good performers, but the bad ones. Viewers like myself tuned in every week to hear Paula Abdul be polite and nice to the contestants, Randy Jackson spew his catchphrases, and then Simon would absolutely rip the contestants and his fellow judges for being terrible. It was great.

Over the years American Idol has surely produced some great talent with artist such as Kelly Clarkson, Ruben Studdard, Fantasia Barrino, Carrie Underwood, Jordin Sparks, as winners and Jennifer Hudson, Katharine McPhee, and Adam Lambert who found success without winning.

There have been various judge combinations over the years. The original judges, Paula, Randy and Simon were the best group in my opinion. And many reasons the show has declined in my opinion is because of the producers constant need to change the formula that worked just fine.

They brought Kara, she sucked, Ellen, tried but it wasn't her element. When Paula and Simon left, Steven Tyler and JLO tried but you can't have a panel of all nice people. Just doesn't work. The disaster season where the producers solely were fishing for ratings happened in season 12. Randy, Keith Urban, Mariah Carey, and Nicki Minaj. A complete mess. Thankfully it only lasted one season, and it was also the final straw fro Randy. He "quit"....

The current judges include Keith Urban, Harry Connick Jr., and Jennifer Lopez who returned in 2014. Honestly, they have a pretty good chemistry, and each has their own defined role which makes the show allot better.

Although other shows like The Voice have emerged to capture the attention of viewers, I am still a faithful viewer of American Idol I believe its the best singing talent search show format.

No matter the crop of talent presented, American Idol remains must see TV.