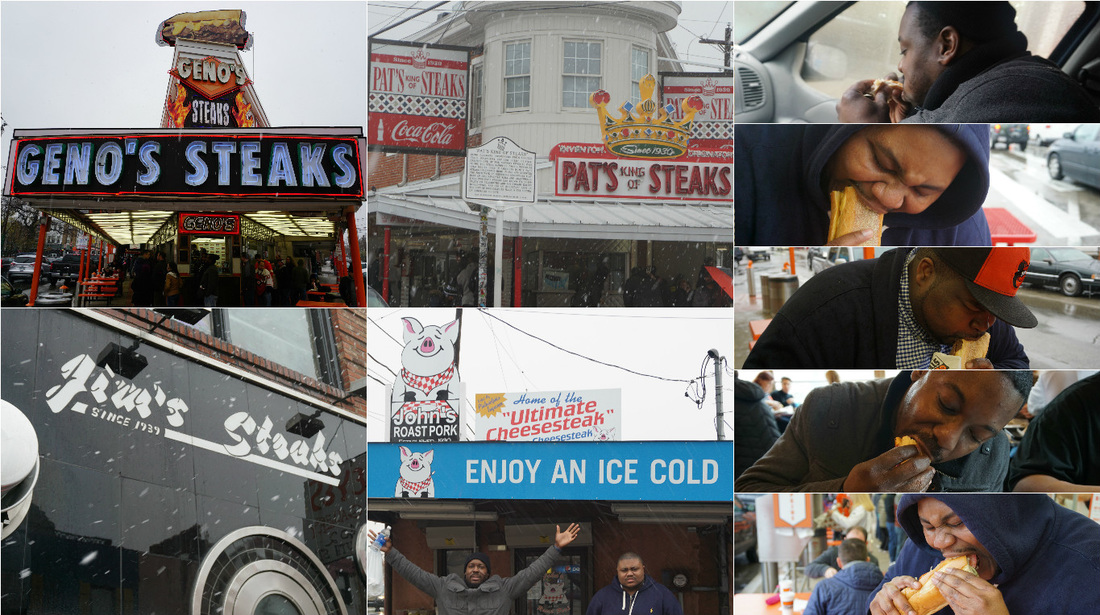 By: Larry Causion Jr.    CausionCreations.com
Posted: Tuesday,  April 12, 2016
On Saturday, a me and my brothers Rick and Calvin traveled to Philadelphia to enjoy of marathon of cheese steak consumption. Our plan, eat at as many of the well known cheese steak spots in Philly, and judge which is our favorite. 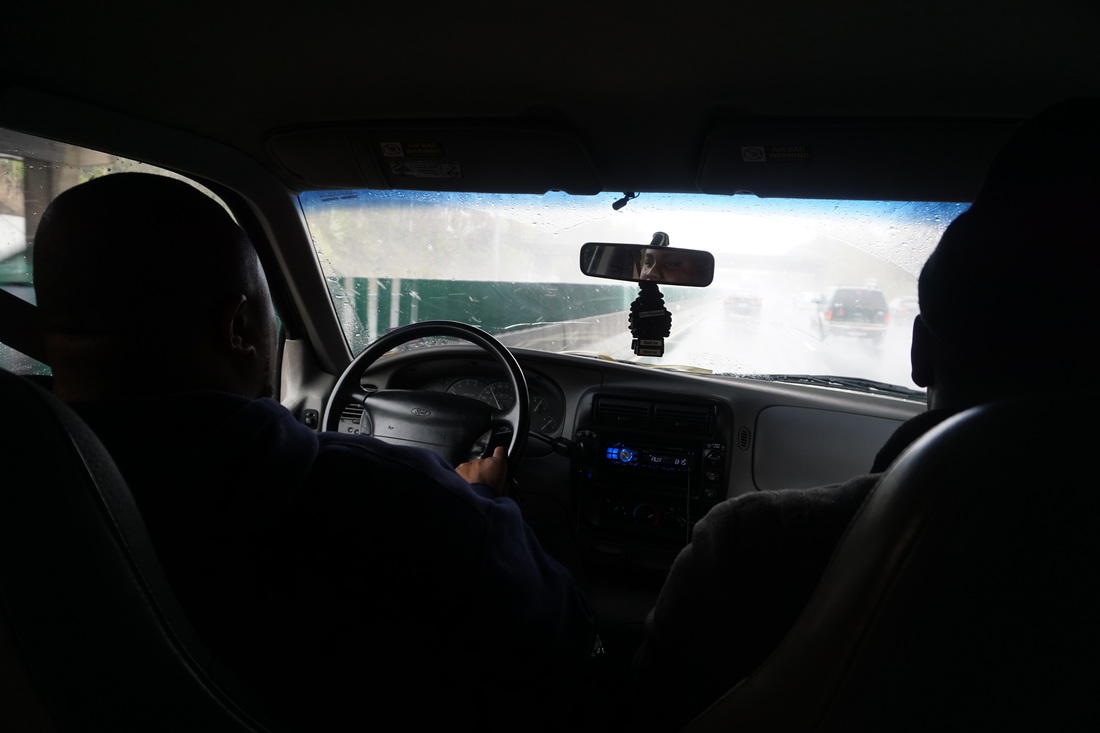 First on our stop, we went to the Iconic Pat's King of Steaks. Right off the bat, I must say that it was cold, snowing and windy, and we were eating outside. Smh. But nothing would stop us from a good cheese steak.

As we stepped in line there was a lost of rules on the wall about ordering. I was quickly educated on the proper way to order that would help carry me through the day.

The guy at the counter was very aggressive and really knocked me out of my state of mind. He basically hurrying the mine along so long that I wasn't sure if I should inquire about any further toppings. o I just said, "Wiz, with", and he took my 10 bucks, and gave me my sub, quickly. 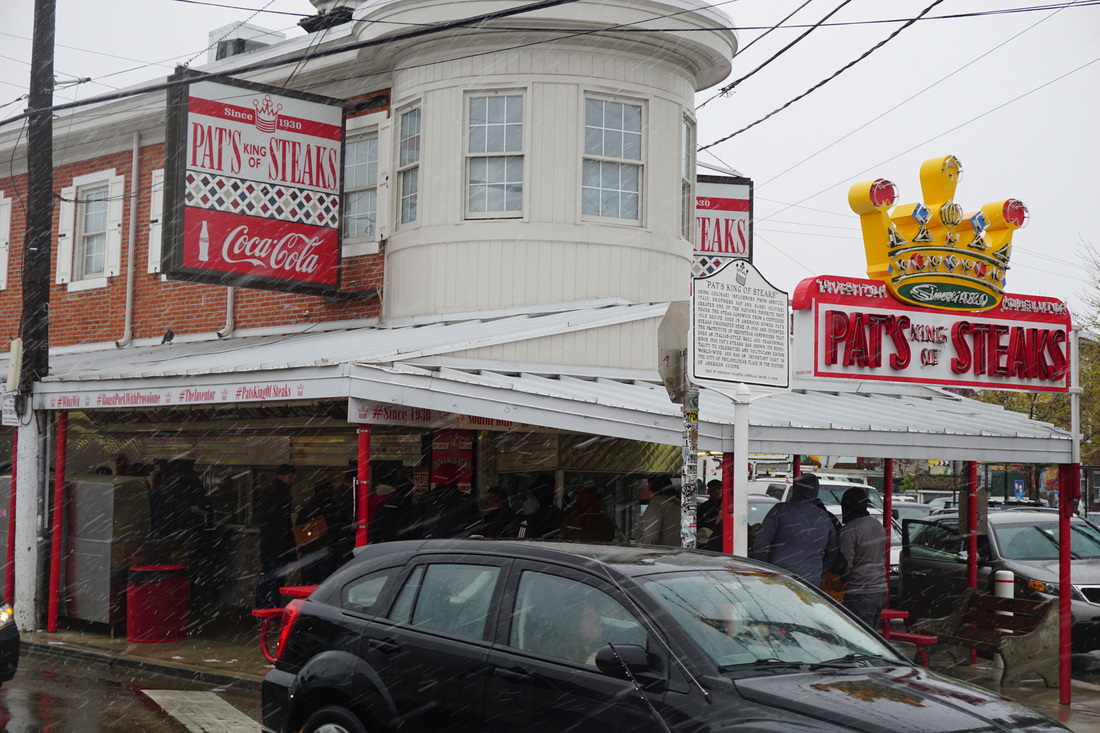 ​I received an open face sub, (unwrapped), with bread, steak, onions, and cheese wiz. It was a lot different than what I am accustomed to but it was pretty good. I enjoyed it and so did the fellas. 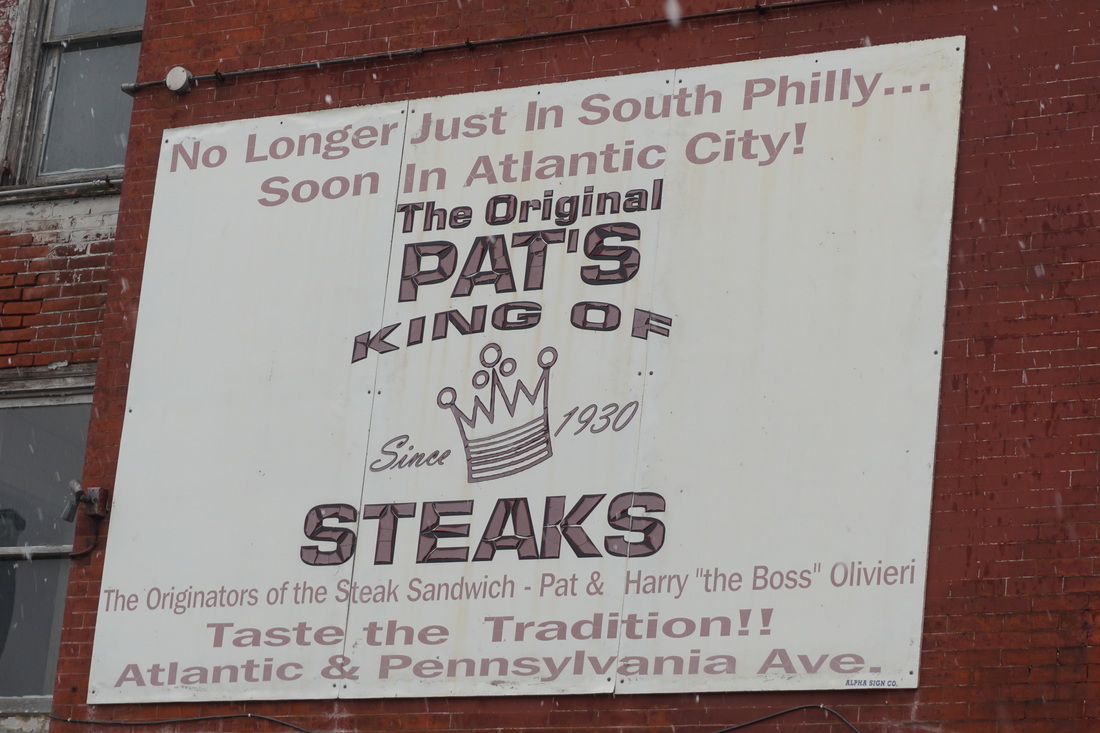 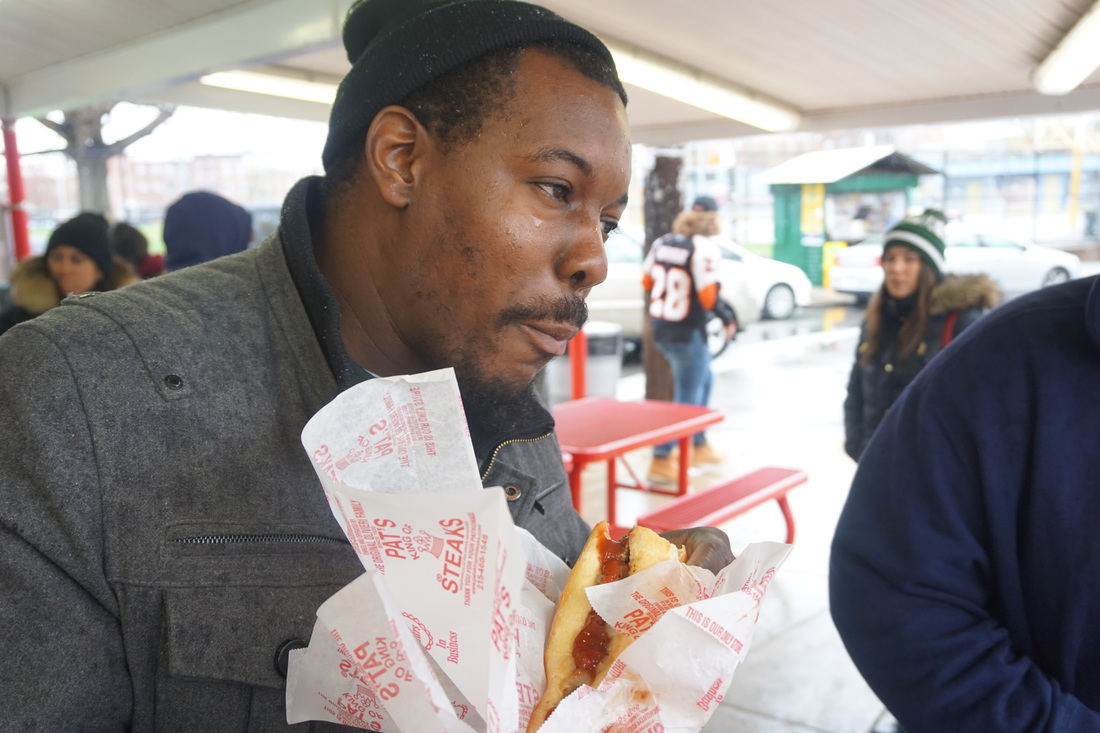 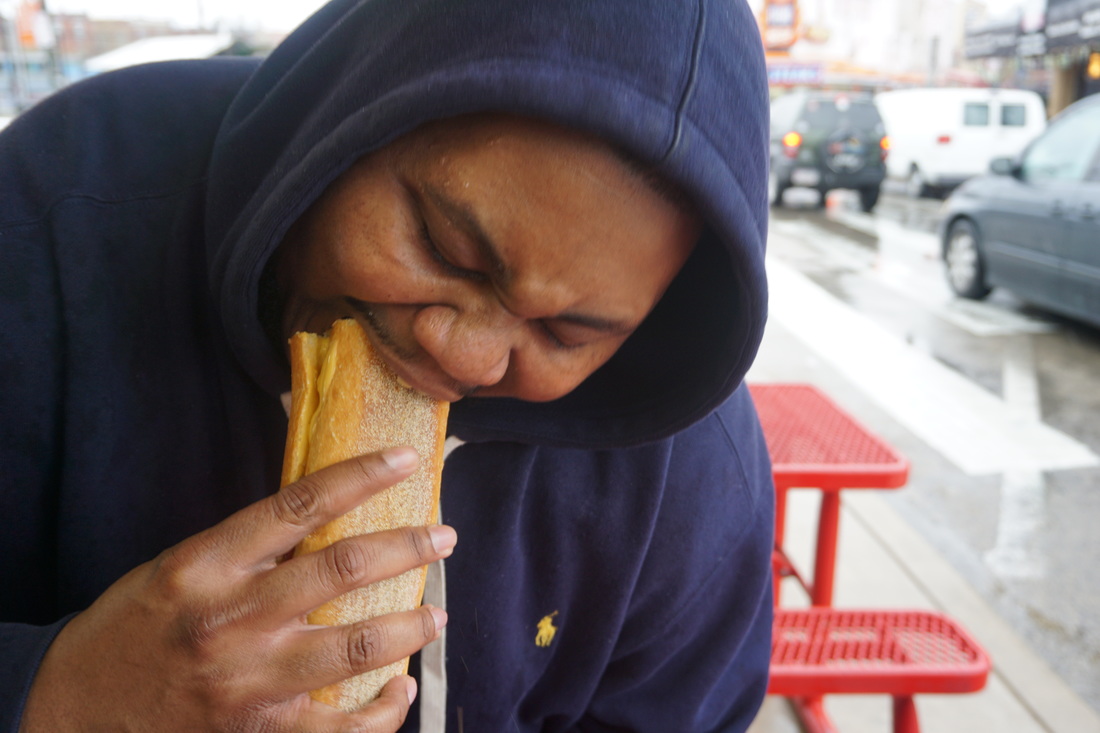 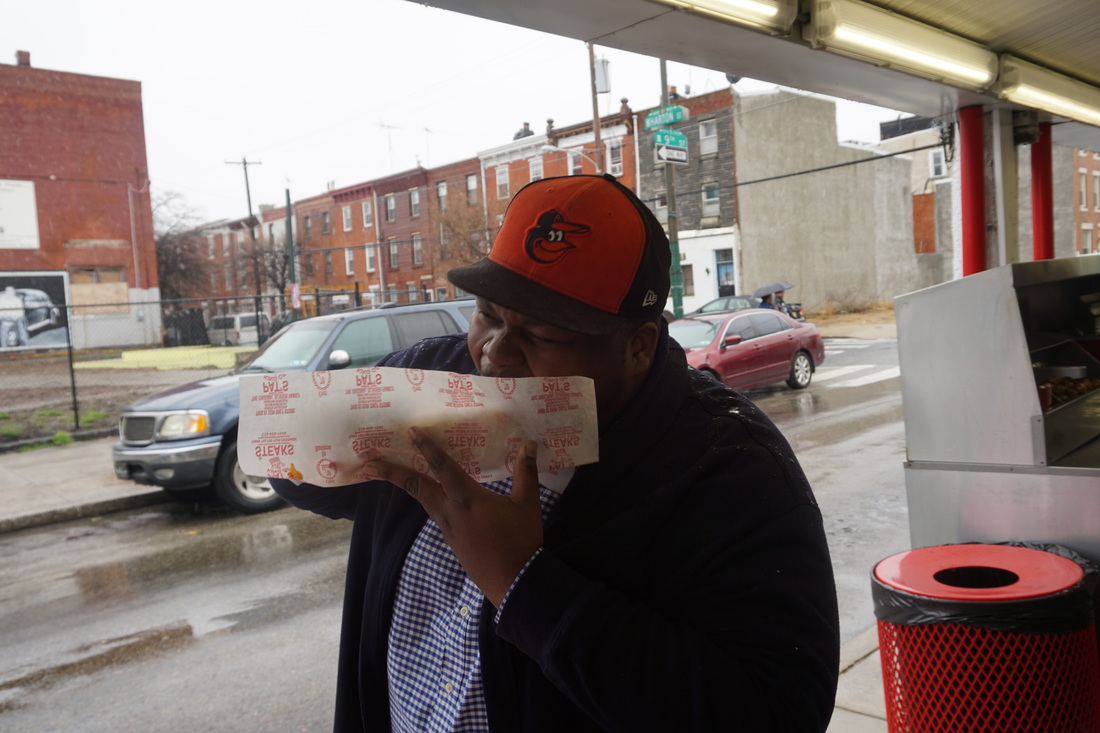 Next we walked right across the street to Pat's rival competitor, Gino's. 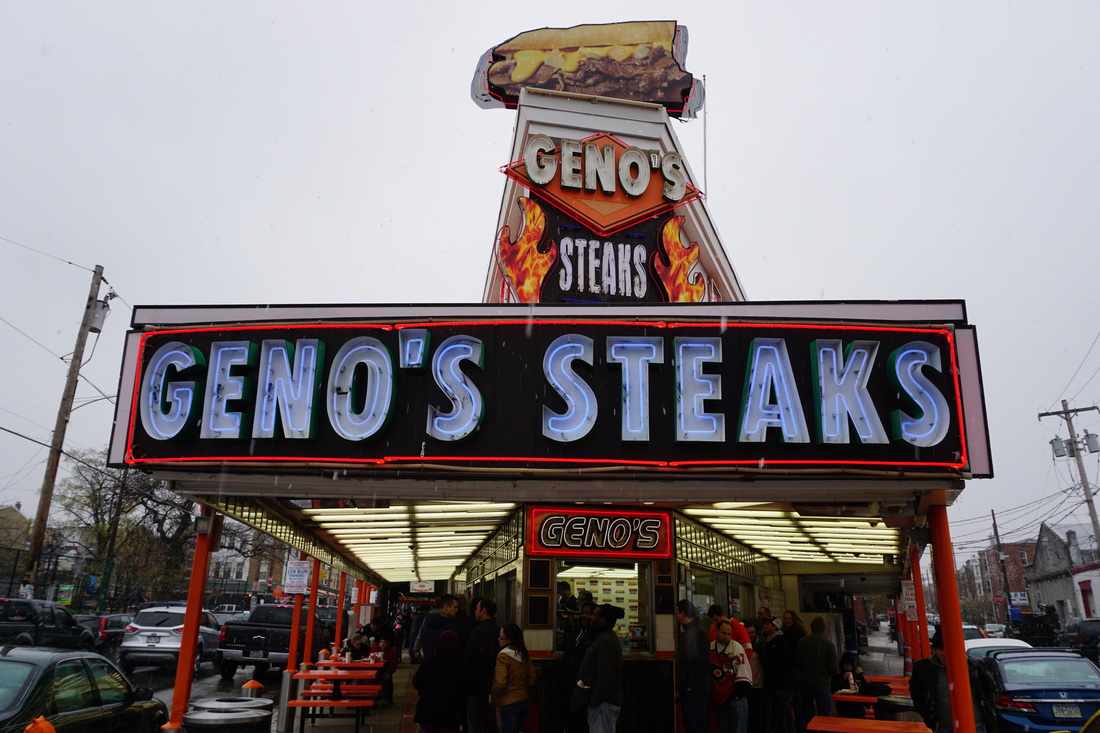 This line was a little longer and but It was great to see them actually making the cheese steaks right in front of you. The woman at register was nicer, and we got to ask for toppings if we wanted them. It was cool.

I must say, the sandwich was my least favorite of the day. The meat wasn't chopped up. It was just a whole steak-um put on break with some onions and cheese wiz. I like my onions, mixed in with the meat. It was a tough bite as well, as the bread was pretty hard. 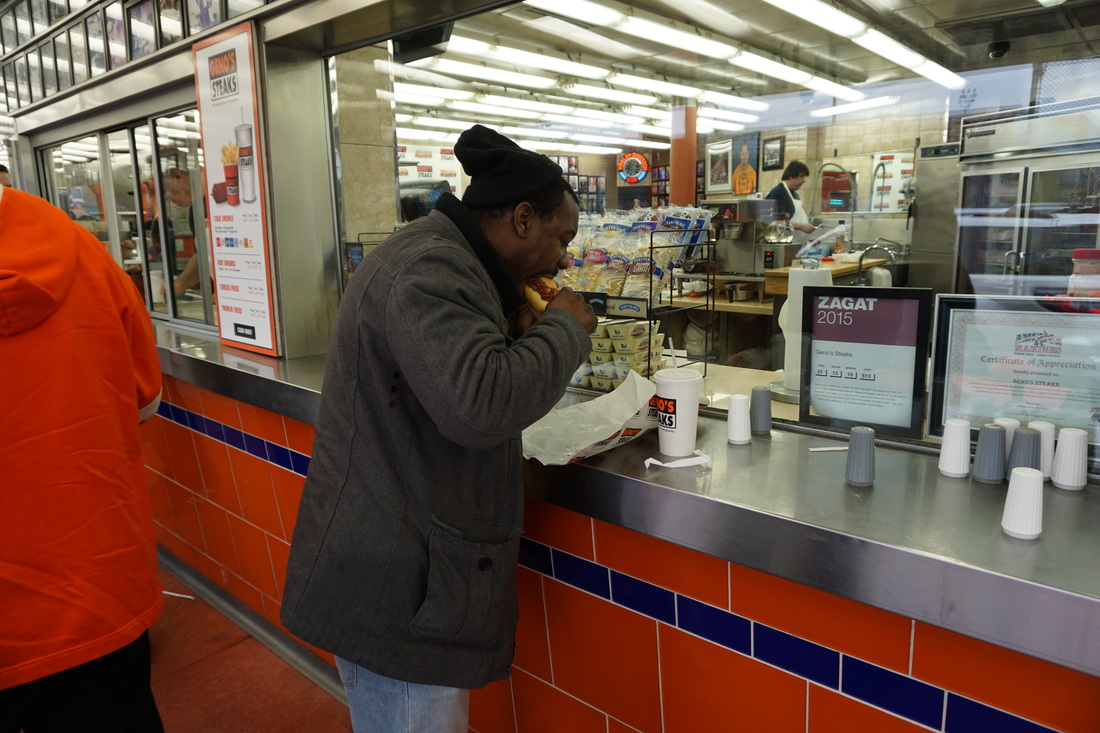 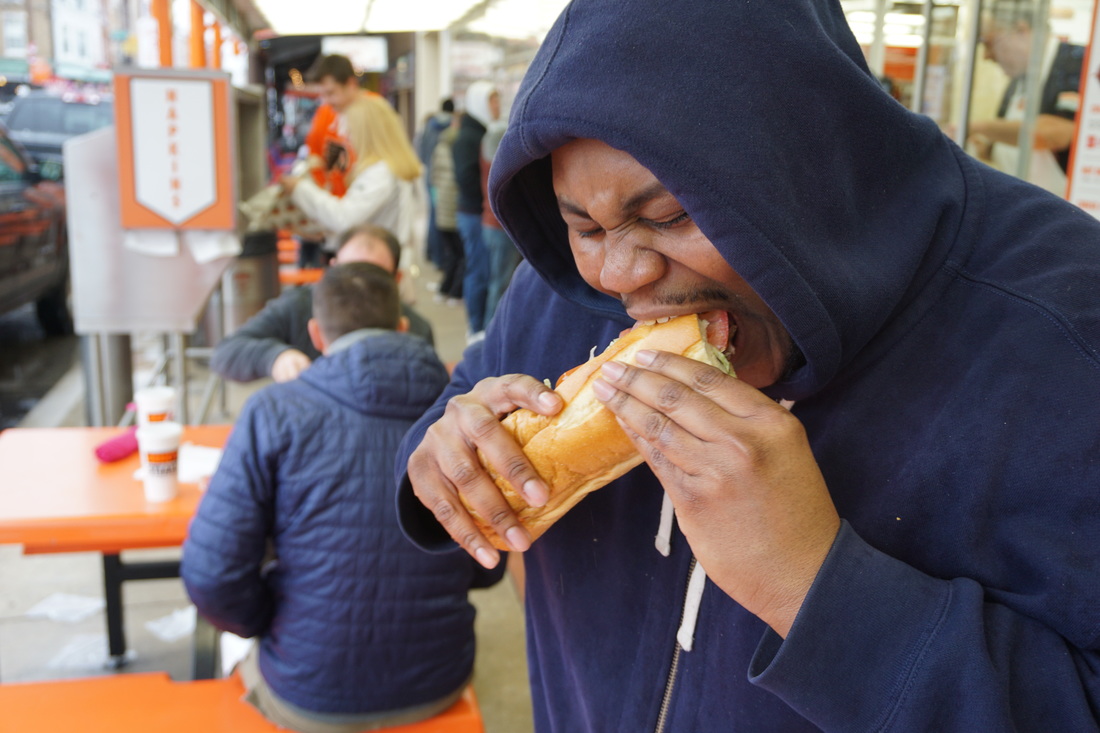 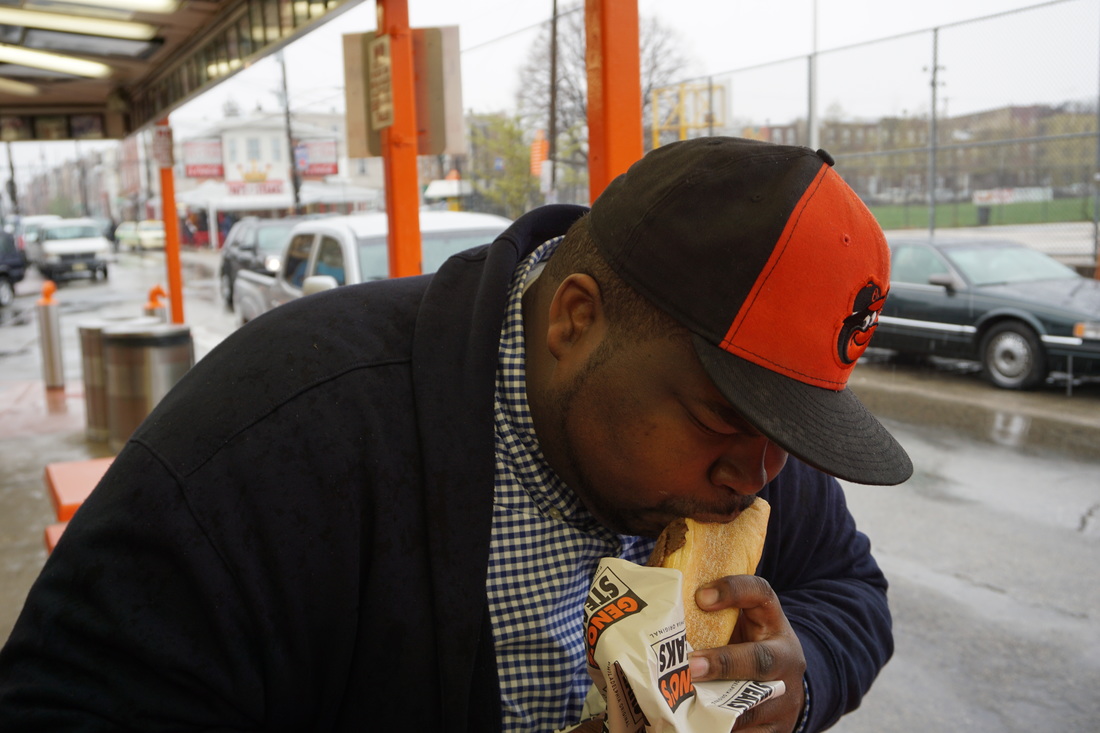 Next stop, we drove over to South Street and went to Jim's. 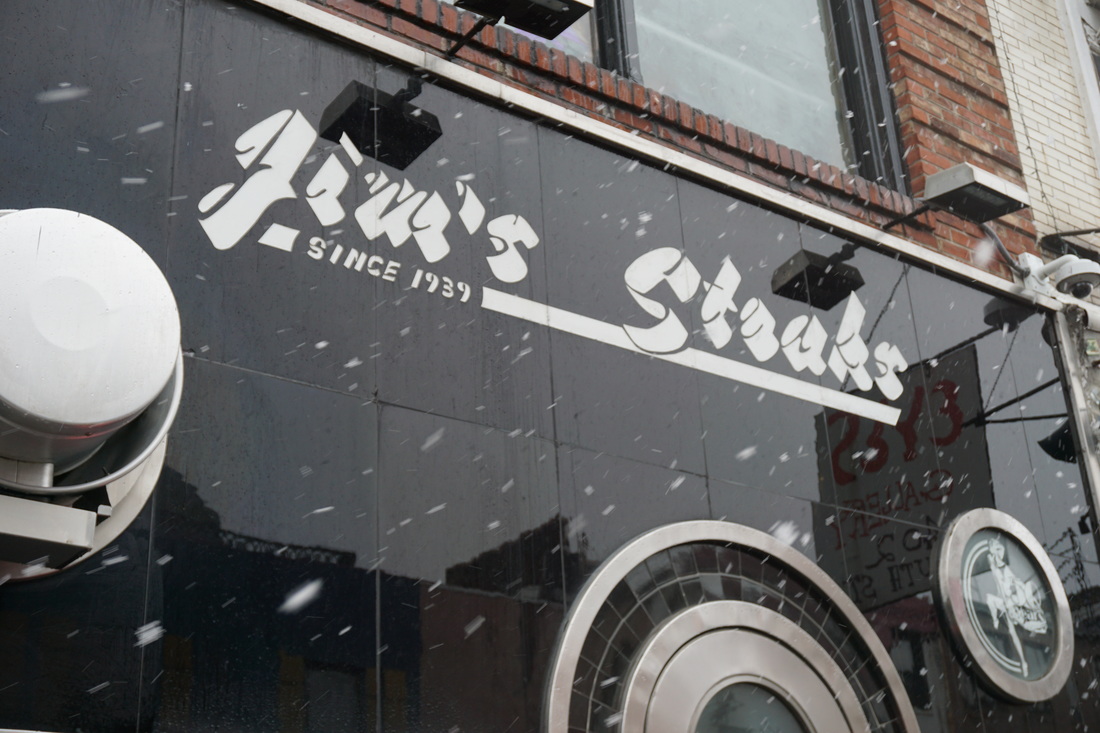 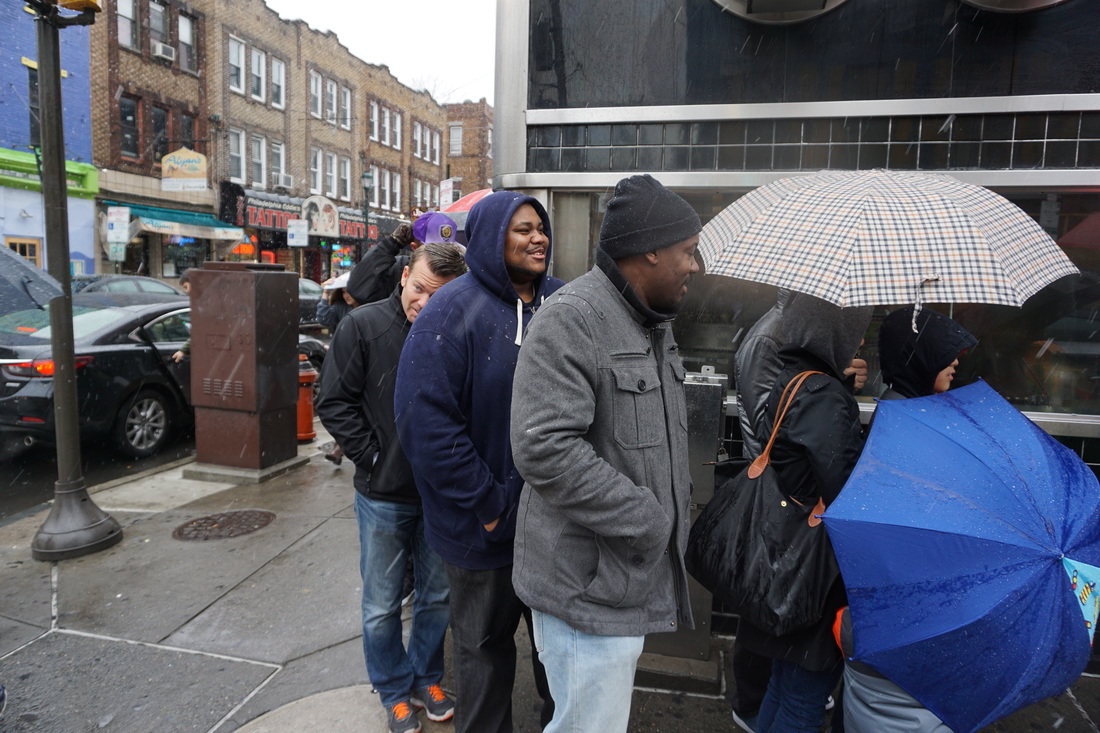 This was my favorite of the day for multiple reasons. After waiting outside to get in, they were the first location with an inside and sitting area inside, and the cheese steaks were cooked hot and fresh and hell of good. They offered sweet and hot peppers, mayo plus additional toppings and the sandwich was really really good. 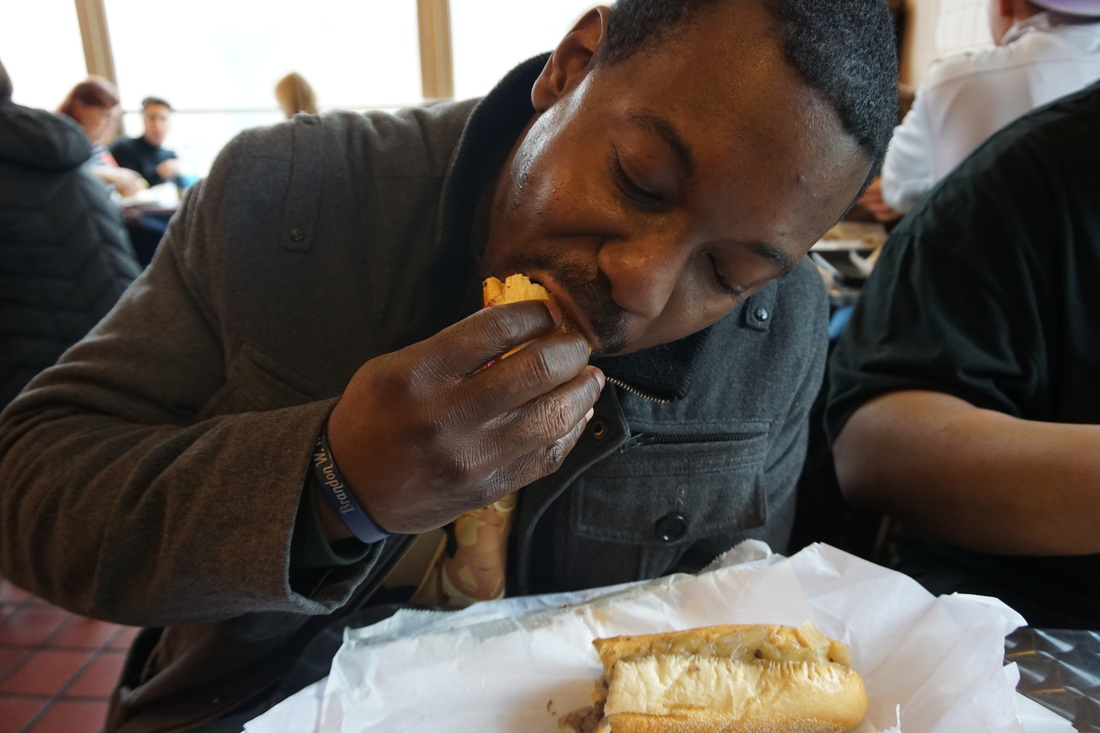 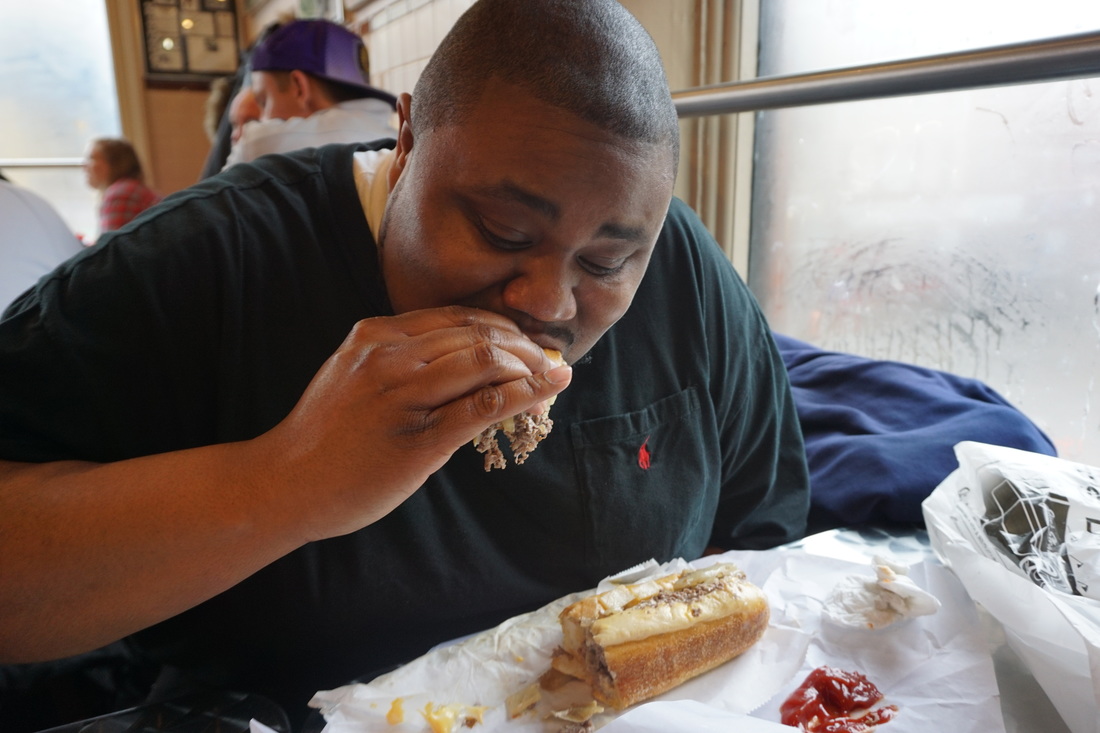 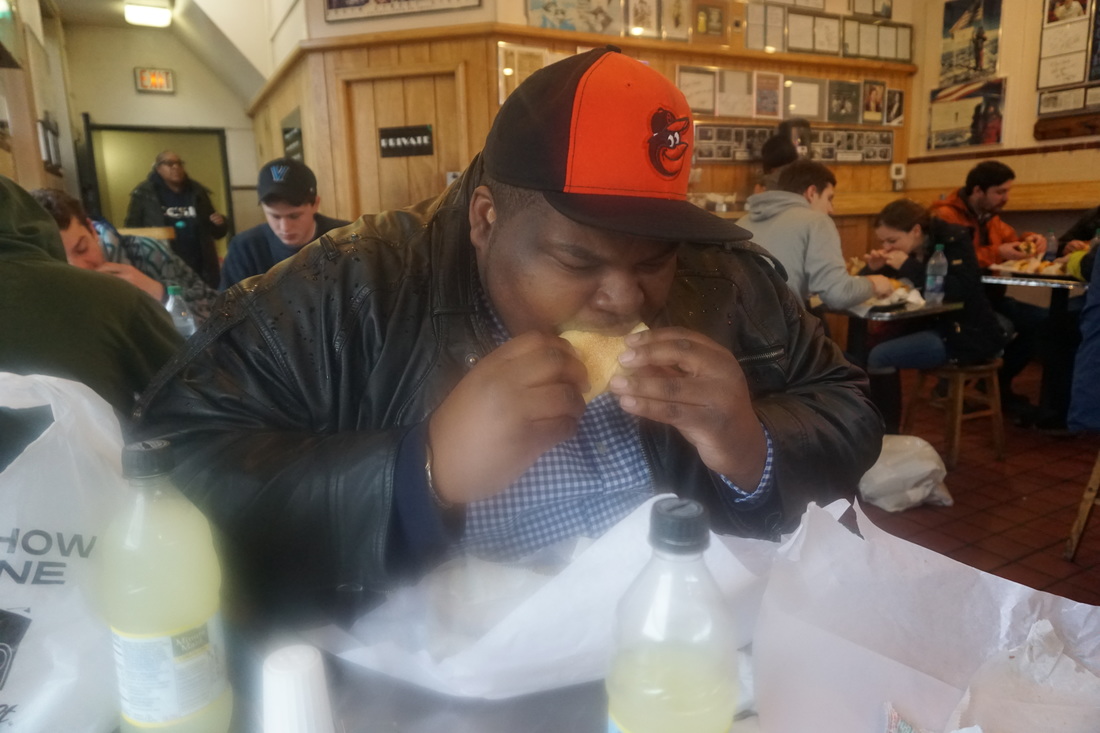 Across the street was spot called Ishkabibble's where Calvin and Rick bought chicken cheese steaks and raved about them. I stuck with the traditional cheese steak and it was very good. My second favorite of the day. 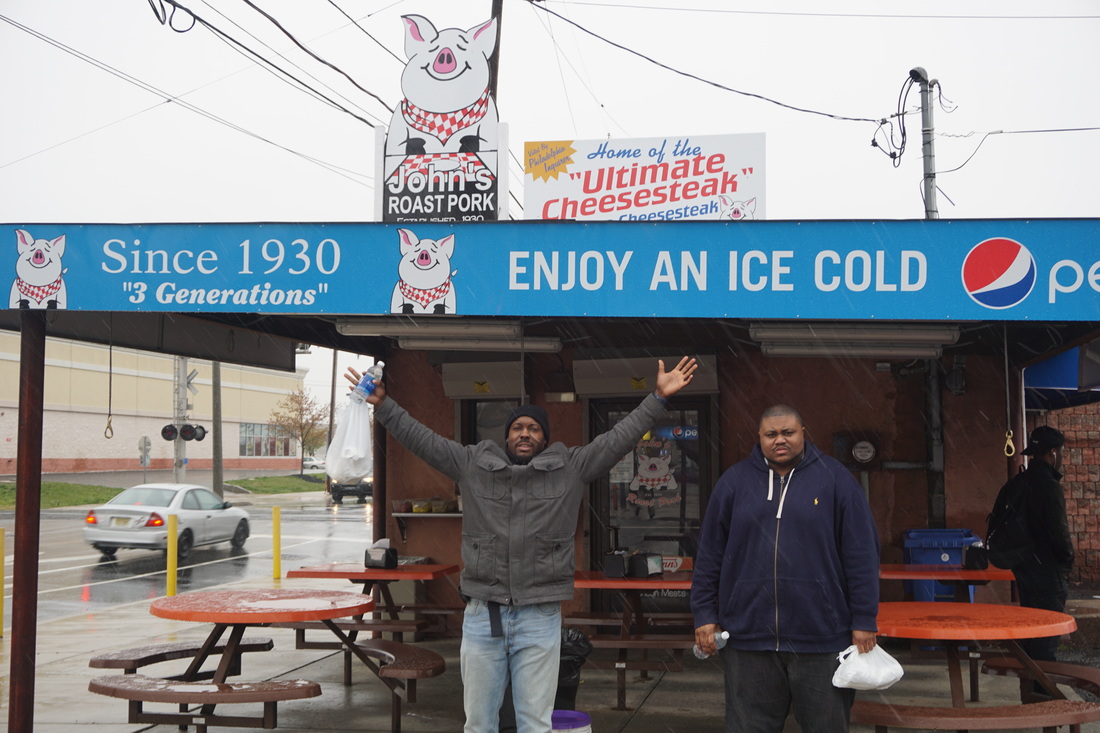 Our final stop was to John's Roast Pork, which was voted best cheese steak by a publication we read online so we checked it out. It was tasty, but didn't offer cheese wiz. Which was a bit of a let down. But still a quality spot.

Overall, it was such an enjoyable trip, that left us stuffed and satisfied. My favorite of the was Jim's , as I really enjoyed the sub. Next time we will check out other spots that people have since suggested. But that will be a long time from now, as I have now begun my diet... 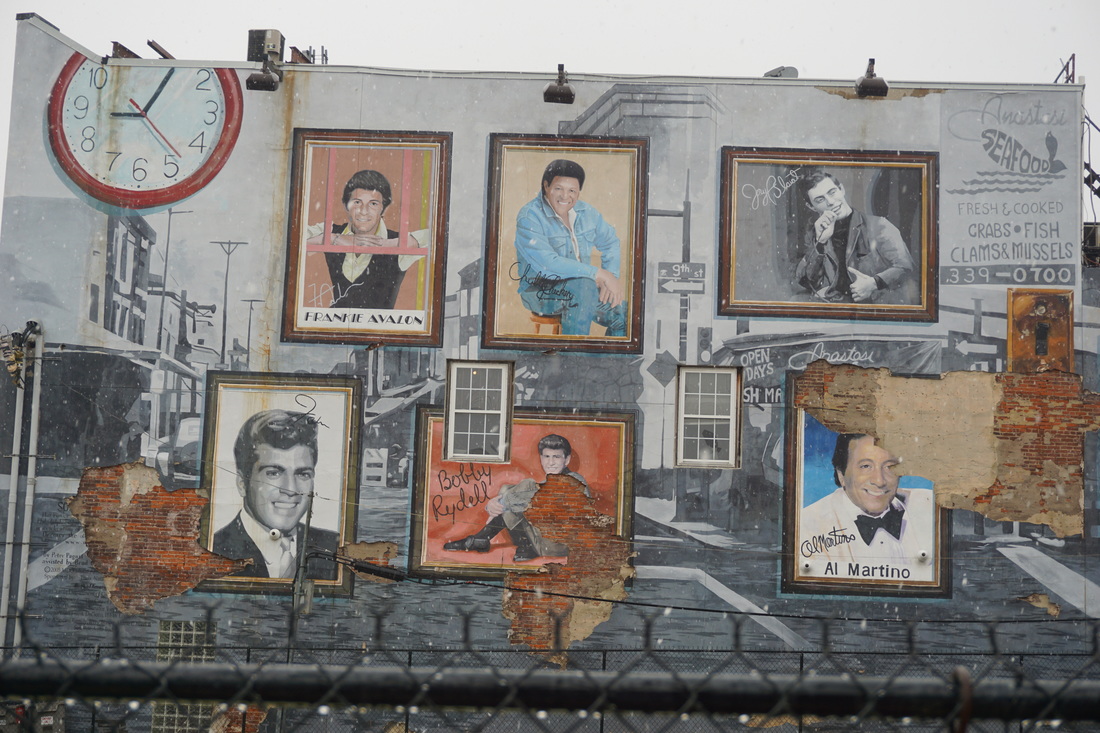