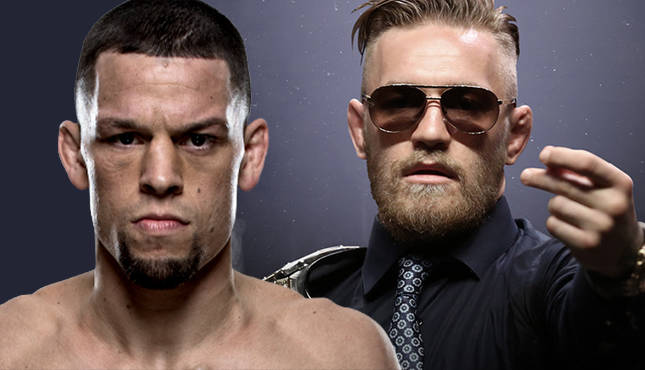 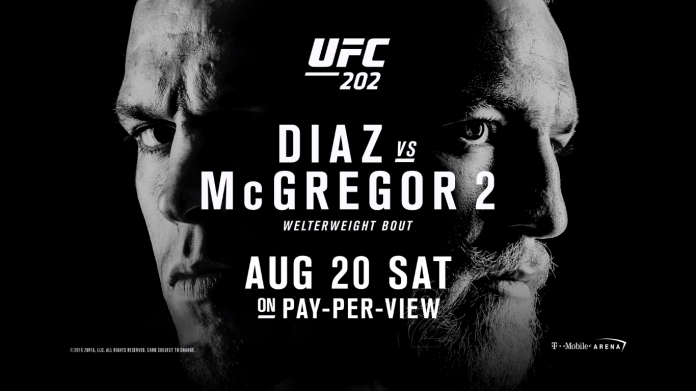 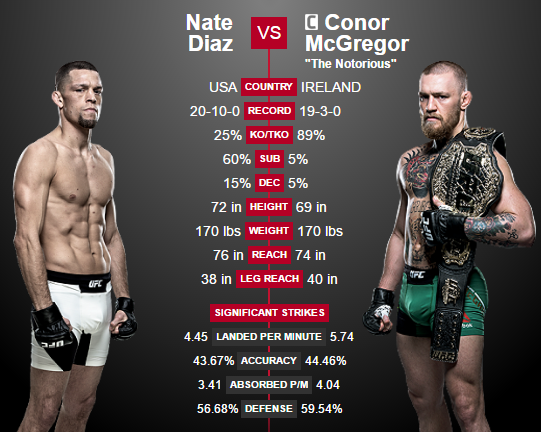 ​ROUND 1- McGregor went after the lead leg with kicks early. He landed some left hands and knocked Diaz down with a left. McGregor landed some solid combos and is chopping away at the lead leg. Diaz had trouble landing the jab and wasn't checking the leg kicks. Diaz also isn't circling away from the leg kick. McGregor clipped Diaz late. A methodical round for McGregor. 10-9 McGregor.

ROUND 2- Diaz' right leg is chewed up heading into the second. McGregor knocked Diaz down with another left hand. McGregor was picking Diaz apart on the feet with combos but Diaz started to apply pressure towards the end and had McGregor backing up. DIaz landed some big combinations and they clinched against the fence and traded for much of the end of the round. They were tagging each other. Diaz came on strong but still a round for McGregor. 10-9 McGregor, 20-18 McGregor.

ROUND 3- McGregor comes out breathing heavy. Diaz rocked McGregor with a left hand and started in the clinch. Big chants for Diaz. McGregor caught Diaz with a left hand and went back for the leg kicks. Diaz starts with the trash talking. McGregor landed an elbow in the clinch. Diaz is bleeding pretty solidly. Diaz landed a combo as they broke the clinch. They traded punches and Diaz is taunting and McGregor is tired. Diaz started pouring it on late in the round with lots of strikes landed. Diaz with a huge onslaught but McGregor survived it. 10-9 Diaz, 29-28 McGregor.

ROUND 5- This round will likely decide it. Diaz having a hard time seeing out of his eye. They clinched up and McGregor got the better of it. McGregor fighting smart circling out of the way and not expending energy. Diaz went for takedowns but McGregor has shown excellent takedown defense. Diaz lands a combo and McGregor circles out of the way. Diaz with the middle finger. Diaz landed a big elbow in the clinch. Diaz working hard for a takedown against the fence and can't get it. Lots of pressure from Diaz though both are landing equally. McGregor tripped Diaz down and landed a big elbow as Diaz got up. Diaz with a big takedown at the end of the round and the fight ends. 10-9 Diaz, 48-47 McGregor.

INSTANT ANALYSIS- Conor McGregor fought a brilliant fight in the first two rounds picking apart Nate Diaz by attacking the leg. Diaz made an excellent comeback in the third round and this fight was interesting. It was incredibly close from the third round on, and Diaz clearly won round three and round five. It was how you scored round four as a viewer, and it was very close. It's a good decision, as would have a 47-47. I personally thought McGregor won the fight. This is a definite fight of the year candidate, and it's my choice for the best fight this year so far. The third fight is coming, but McGregor has other business right now. 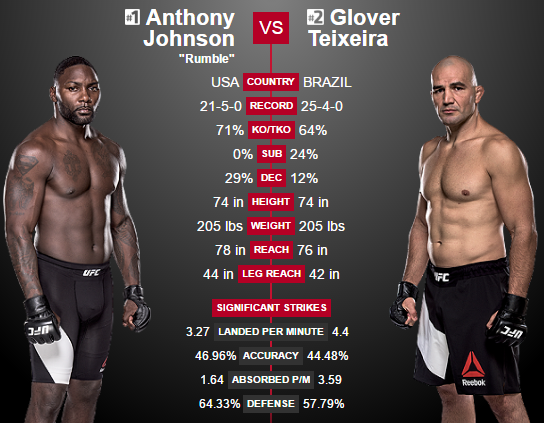 ​ROUND 1- It took one punch and Rumble Johnson knocked Teixeira out in seconds. It was quick and violent.

Official Result- Anthony Johnson def. Glover Teixeira by knockout (punches) at :13 of Round 1

INSTANT ANALYSIS- Anthony Johnson is getting a title shot and he is the scariest fighter in the UFC. One punch can end any fight he is in as evidenced in this fight. He had Daniel Cormier in trouble when they first fought, and I see him giving Cormier a much tougher time when they next fight. 13 seconds and it was done with Teixeira being stopped for the first time in 14 years. Teixeira is still a great fighter but he's going to have to get another couple of wins to get back into contention. His only UFC losses are to Anthony Johnson, Jon Jones and Phil Davis, and he is still a top-five fighter. 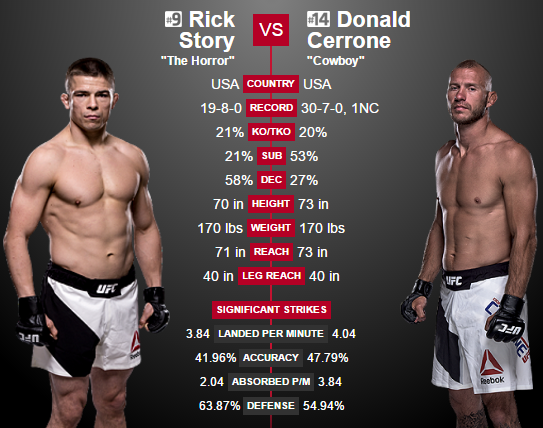 ROUND 1- Cerrone actually took Story down early but Story got to his feet and took Cerrone down. Cerrone looked for submissions but Story escaped out of them. Cerrone did a nice escape to get back to his feet. Cerrone is getting the better of the striking exchanges. Cerrone tagged Story late in the round. Story had not much of an answer for the striking exchanges as Cerrone has more weapons on the feet and is a very accurate striker. Story may have gotten a big takedown but Cerrone got the round late with the striking. 10-9 Cerrone.

ROUND 2- Story tried for the takedowns as he has no answer for Cerrone on the feet. Cerrone had Story in trouble with a body combination followed by a head kick and finished him off with big punches on the ground. Huge win for Cerrone.

Official Result- Donald Cerrone def. Rick Story by TKO (strikes) at 2:02 of Round 2

INSTANT ANALYSIS- Donald Cerrone has looked fantastic at 170 pounds with three straight wins, all by stoppage. He has talked about wanting to challenge Eddie Alvarez for the championship, and he called him out after the fight. Cerrone has a win over Alvarez and challenged him for UFC 205 in New York City. He hasn't won at 155 pounds since losing to Rafael Dos Anjos in a title fight in December, but three wins over quality competition at 170 pounds is hard to overlook. Rick Story has some solid wins but falters against top competition, and he couldn't get his style in motion against an excellent striker in Cerrone. He will go back to the drawing board and look to remain in the top-15 in the division.