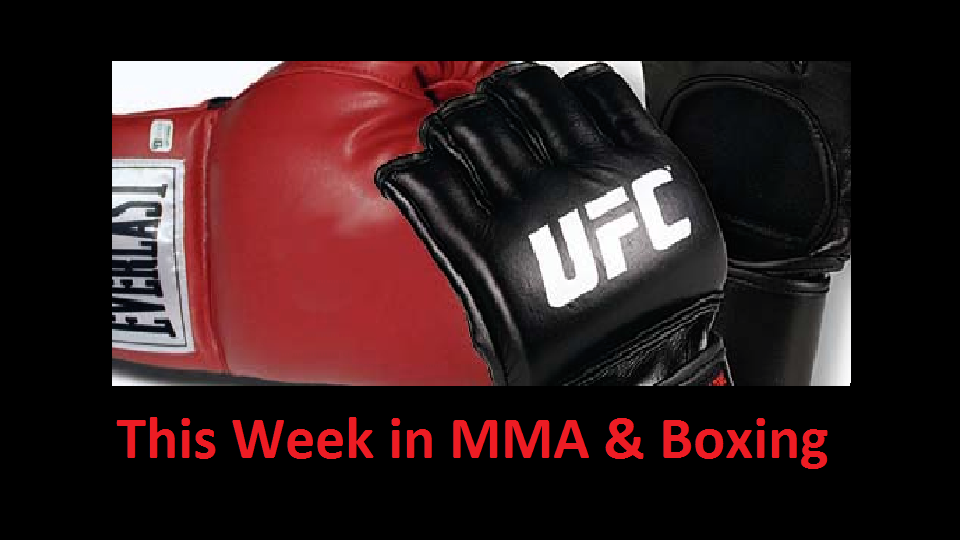 If Bisping wins the title, he will also tie George St-Pierre’s record of most UFC wins in a career. Bisping is currently tied with Matt Hughes for second place with 18, one behind GSP. Even if he was to set the record, the reality is that Jon Jones is breaking that record at some point since he’s got 16 wins at the age of 28. Both main events have seen their share of trash talking to build it, but odds are long on both challengers.

Faber seems too slow for Cruz, and Faber’s best fights are with people he can take down and submit, and Cruz blocked his takedowns in their last fight. The Cruz vs. Faber dislike is legit and dates back forever. The Rockhold vs. Bisping dislike was legit when they fought a few years ago, but I don’t sense it is anymore, although both understand that you have to sell a fight. The odds in both fights are long with Cruz as a -650 and Rockhold at -1100.

Even though everything would make you think Rockhold will win, from the fact he dominated the first time, that he’s closer to his prime and that Bisping took the fight on short notice, I think, unless it’s something like Cris Cyborg against a woman who isn’t in her league, those kind of odds are a bit much. But the odds do tell you how much people figure the titles aren’t changing hands and that these aren’t competitive fights.

​This could be Dan Henderson’s last fight as it’s the final fight of his deal and he’s 45 years old, although if UFC doesn’t sign him, I would expect Bellator would. Holloway could be in line for a title shot with a win.
UFC Finances

Bob Meyrowitz, who owned the UFC from its inception in 1993 until selling to the Fertittas in 2001, was the second person named for this year’s UFC Hall of Fame. Meyrowitz will be honored on 7/10 along with Antonio Rodrigo Nogueira. They still need to announce one other fighter and two participants in a great match that took place at least five years ago. The other honorees should be announced this week or next.

Art Davie was the man behind the birth of the UFC as he came up with the idea after reading about the Gracies in a magazine article and training and becoming friends with Rorion Gracie. Davie and Gracie formed a company with the idea of doing a tournament with fighters of different styles for either television or PPV. Everyone in the industry turned them down except Semaphore Entertainment Group, run by Meyrowitz. The first show in 1993 was put on PPV and did about 80,000 buys, a big success for a group with no television. By 1995, UFC was dueling equally with WCW and WWF on PPV. Originally UFC was co-owned by SEG, Gracie and Davie, but SEG bought out Gracie and Davie in 1995 and ran it on its own through the end of 2000. They fell victim to all kinds of political problems that led to most PPV providers pulling the shows, and since they were a PPV business, that was death.

​Running low on money and realizing he wasn’t going to be able to get the PPV bans overturned, Meyrowitz sold the company for $2 million to the Fertittas. Lorenzo Fertitta, a former member of the Nevada State Athletic Commission, which up to that point had not sanctioned UFC (cable distributors had said if you could prove you’re a real sport by getting sanctioned by the key commissions it was possible to get back on), was able to get the commission to approve it and signed a very bad PPV split arrangement to get back on. Fertitta’s UFC struggled badly until 2005, but once they got weekly television on Spike, they exploded in popularity.
UFC 203

A heavyweight fight with Fabricio Werdum vs. Ben Rothwell was added to the 9/10 show in Cleveland underneath the Stipe Miocic vs. Alistair Overeem title match. The Miocic vs. Overeem winner is likely to defend against Werdum or Cain Velasquez, depending on who wins their next fight or if they both win, who looks the most impressive, and if they both lose, it would probably be against who looks the most impressive in winning between Travis Browne (who faces Velasquez on 7/9) or Rothwell.
9/3 Show in Hamburg

Another heavyweight fight with name veterans was announced for 9/3 in Hamburg, Germany, with Andrei Arlovski vs. Josh Barnett. While both are former UFC champions who have been fighting seemingly forever, they had never faced off. Arlovski would figure to have the edge as the better striker, with good takedown defense, while Barnett’s strength is on the ground. However, Arlovski can be knocked out.
C.M. Punk

Mickey Gall was on Inside MMA and said that he would definitely be fighting C.M. Punk this summer. I do know they are working on the reality show building that fight. Either way, Punk’s moment of truth is probably coming in a few months, as either he’s going to fight or he isn’t. It’s a tough situation because if he’s one of those guys who gets motivated by proving to people who want him to fail that they can stick it, and in this case, not fighting proves them right. However, fighting may prove them right as well.