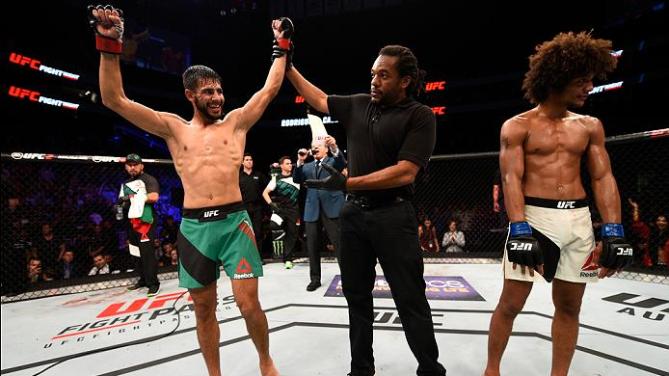 One of the Craziest Fight I have Seen

​By: Larry Causion Jr.    CausionCreations.com
Posted: Tuesday, August 9, 2016
On Saturday night, the UFC presented a UFC Fight Night show from Salt Lake City Utah. There were no huge names that would attract the casual viewers, but when I heard this show announced and the main event, I was intrigued.

In the main event was to feature a battle between two up and coming featherweights Yair Rodriguez and Alex "Bruce Leroy" Caceres. I was in. I always enjoy watching Bruce Leroy fight, so it didn't matter who the opponent was, I happy to see him in the main event.

Well got damn I'm glad I did. Had I not, I wouldn't have seen the phenom that is Yair Rodriguez. I mean this guy is crazy!!!! Round one of this fight had to be one of the most entertaining rounds I have ever seen, in all honesty. Yair was throwing kicks from everywhere, and you got that feeling that the guy could knock out Bruce Leroy with any of them if they connected.  mean, he was throwing them at a high rate and from everywhere!!1 It was nuts!!

Of course, he slowed down as the fight progressed due to getting tired. I have heard so many critique the fight for tapering off, but I still thought it was great. Each man was fighting in their first five round fight and they were in the Utah altitude. Could you imagine if this was in Vegas?!?! Nuts. I loved it, and you all should watch it, especially the first two rounds. Just crazy entertaining. 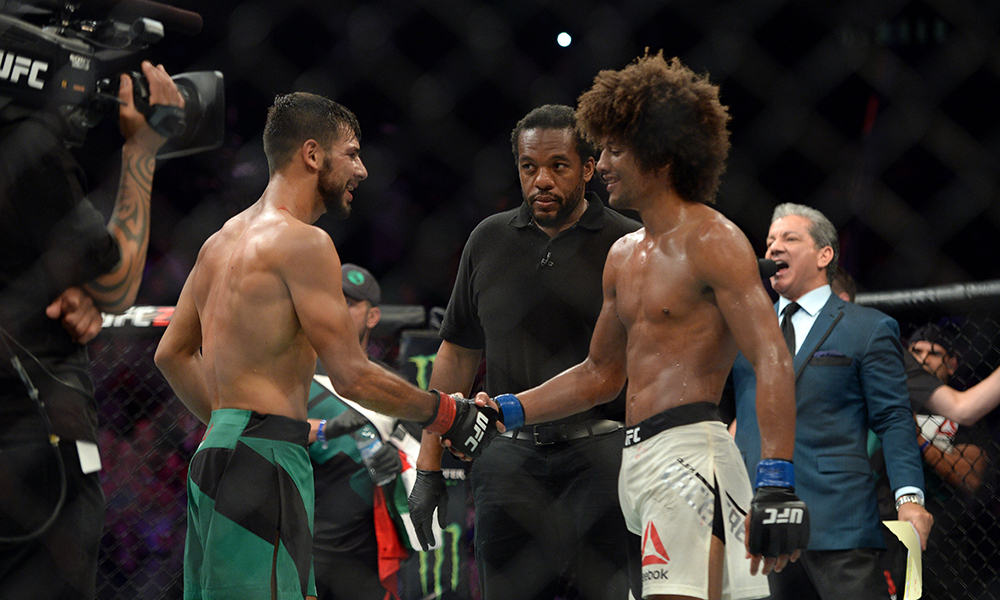