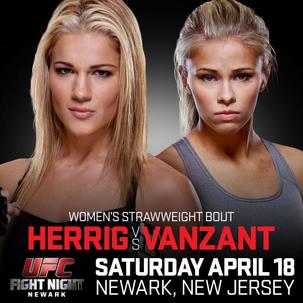 Don't get me wrong, this Saturday night's UFC on FOX 15 main event, Machida vs Rockhold, is certainly a fight I'm interested in seeing. Its a great main event for a free TV show, and it should be good.

Anybody who follows UFC knows, the fight most people are talking about is Herring vs Vanzant. For reasons many can probably guess by watching this....
But don't be fooled. They can fight too.

You see, women's MMA is dominated by Ronda Rousey, who initially was typecast as the good looking girl that was getting pushed solely for her looks.

Quickly, Ronda destroyed that myth, and today is the biggest star and draw in all of the UFC.

A good looking woman who can fight. Who would have thought people would be interested in watching that.

Overall the card looks good for this Saturday night, we know why millions of people will really be watching. 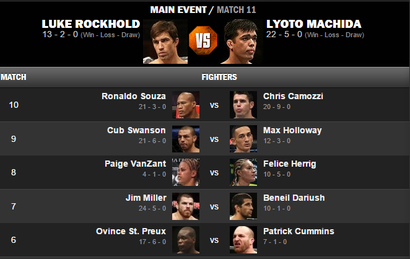