By: Larry Causion Jr.    CausionCreations.com
Posted: Tuesday, November 3, 2015
Today we begin a new series here at Causioncreations.com, entitled, The Glory Days. This series will examine different parts of wrestling history that I believe to have been legendary and an important part of what made this business so great for me down through the years.

Today we begin by examining the history of what used to be one of my favorite PPV's of the year, the Survivor Series.

The Survivor series used to be a Thanksgiving Day or Eve tradition. Every year, after you watched football and ate dinner with the family, everyone would settle down in the living room and watch the stars of the WWF compete in 5 on 5 elimination matches. And trust me it was fantastic.

First, let's set the stage of how it all began.

Jim Crockett Promotions, the company later called WCW, had a tradition of running their Starrcade big event on Thanksgiving night. Well, for the first time, Starrcade was going to be broadcasted on PPV in 1987, and Vince McMahon was against it. He thought he was the only promoter who should be running PPV. So he pulled bully move.

Vince decided to produce the Survivor Series PPV on the same day in order to compete, and ultimately screw with Crockett. McMahon threatened PPV providers by informing them that if they chose to air Starrcade over his Survivor Series that he would pull all future PPV’s from their pay-per-view service, which would include the annual WrestleMania event. The result, most pay-per-view providers went with the already established WWF and didn't carry Starrcade. It was an asshole move, but looking back at what we got because it makes me happy it happened. 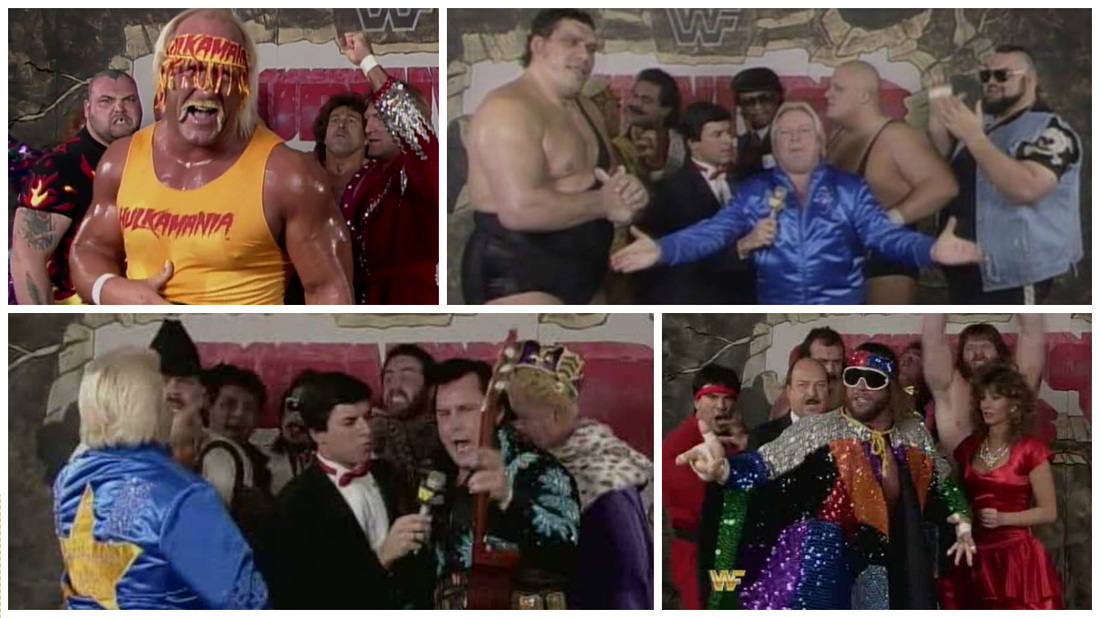 The first Survivor Series was the definition of a loaded show. Good grief was it stacked. All the best talent, group together i dream teams you only thought about before that time. You have to remember, before this, the only time big stars fought each other on TV was at Wrestlemania or the occasional Saturday Night Main Event show. Now, not only were they facing each other, but we were treated to multiple matches with those stars teaming and competing against each other.

What really made the concept great was that Vince had the great idea to either make the teams up of wrestlers who were currenty feuding going gainst eachother, or he used the platform to build new feuds wheich would be paid off at WrestleMania. Essentially the show was a action packed hype show for Mania!!!!

Let's look at the first show in 1987.
Intercontinental Champion The Honky Tonk Man, “The King” Harley Race, Hercules, “Outlaw” Ron Bass & “Dangerous” Danny Davis
VS.
Randy “Macho Man” Savage, Jake “The Snake” Roberts, Ricky “The Dragon” Steamboat, Brutus “The Barber” Beefcake & “Hacksaw” Jim Duggan
Just looking at the names the names involved in these matches was enough to make any true fan want to watch it right now. Honky had just come off a feud with Jake, stole the title from Steamboat, and pissed off Mach, so he had his share of rivals in this match. Then there was the intrigue of Steamboat teaming with Savage and Jake who had change their ways and become good, but were the men who took him out previously.

​Savage crushed his larynx less than a year ago. I mean seriously, that was a big deal when it happened, then when they announced that the two were teaming it blew my mind. Then of course, there was Jake who DDT’d the Dragon on the floor at a SNME the year before. But the match had purpose and was action packed. Another match with purpose was the main event.
Andre the Giant, King Kong Bundy, “Ravishing” Rick Rude, The One Man Gang, “The Natural” Butch Reed
(accompanied by Bobby “The Brain” Heenan)
VS.
WWF Heavyweight Champion Hulk Hogan, Bam Bam Bigelow, “Mr. Wonderful” Paul Orndorff, Ken Patera, “The Rock” Don Muraco
Hulk Hogan and friends vs Andre and the Heenan Family. What else do you need? I 1987, this was HUGE!!!! The one goal of the Heenan family was to take down Hulkamania and take the WWF title.  Andre turned heel at the top of 1987 to feud with his former best friend Hogan with a match that culminated at the legendary WrestleMania 3. The near fall from WM3 when Andre fell on top of Hogan during a failed slam attempt was used to push this match and their eventual return title match at The Main Event. This would be their first televised meeting since Mania 3, Andre’s first match in 7 months, so the hype was there to make this a meaningful showdown.

We got just a taste of Hogan vs. Andre here, which was done to build to the title rematch at “The Main Event” on NBC in January. I don’t think anyone expected to see Hogan eliminated here, but Andre beat won the match. It was a complete shock, but that is what was great about Survivor series, you could beat guys to set up something for later. And even in his elimination, Hogan made sure he looked like a star, slamming two 400 plus pound monsters while being counted out. 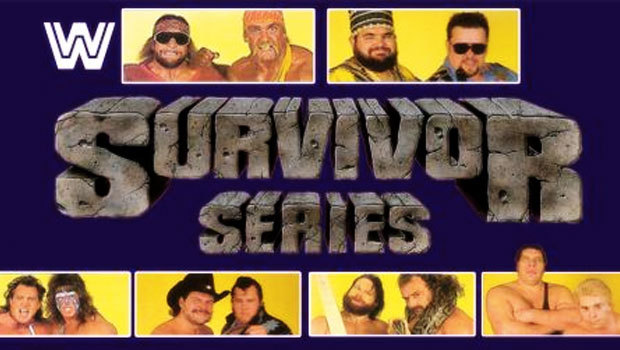 In 1988, this show had one purpose, and one purpose only. Build to WrestleMania. Survivor Series 1988 was a major importnat show in story arc of the Mega Powers exploding.

Hulk Hogan and Randy Savage were the captains of their team, going against the Twin Towers team. This was the first major tease of tension in the Mega Powers. Between Hogan hogging the glory, celebrating with Macho’s woman and Jesse stirring the pot, the tension is very believable and a story everyone can relate to. Savage cools down as the show ends, but the seeds of doubt are planted in his mind. Greatness. 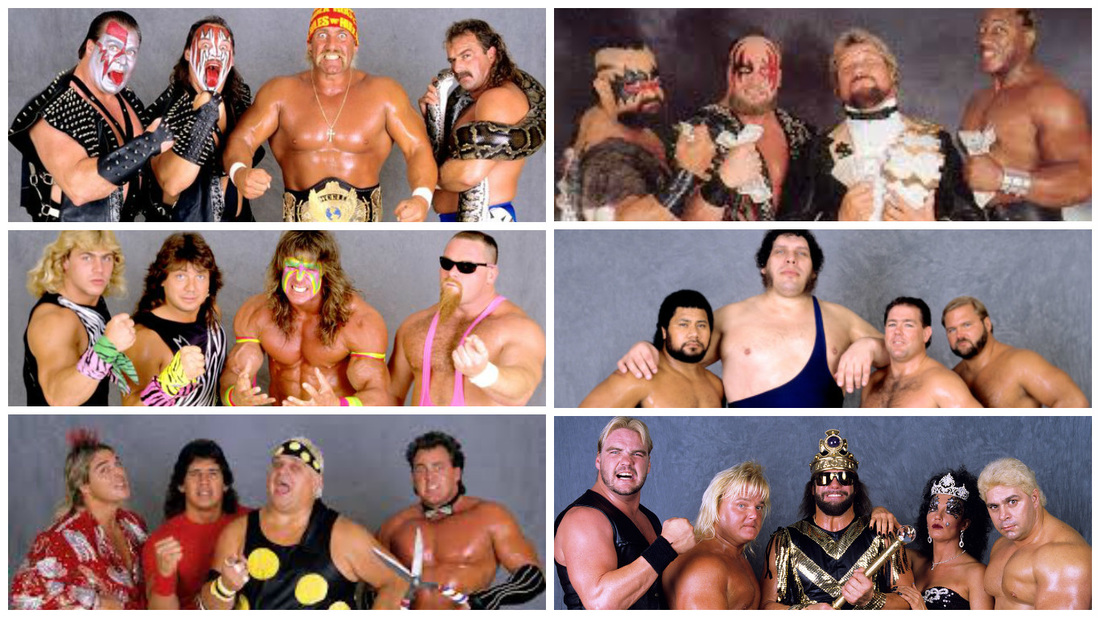 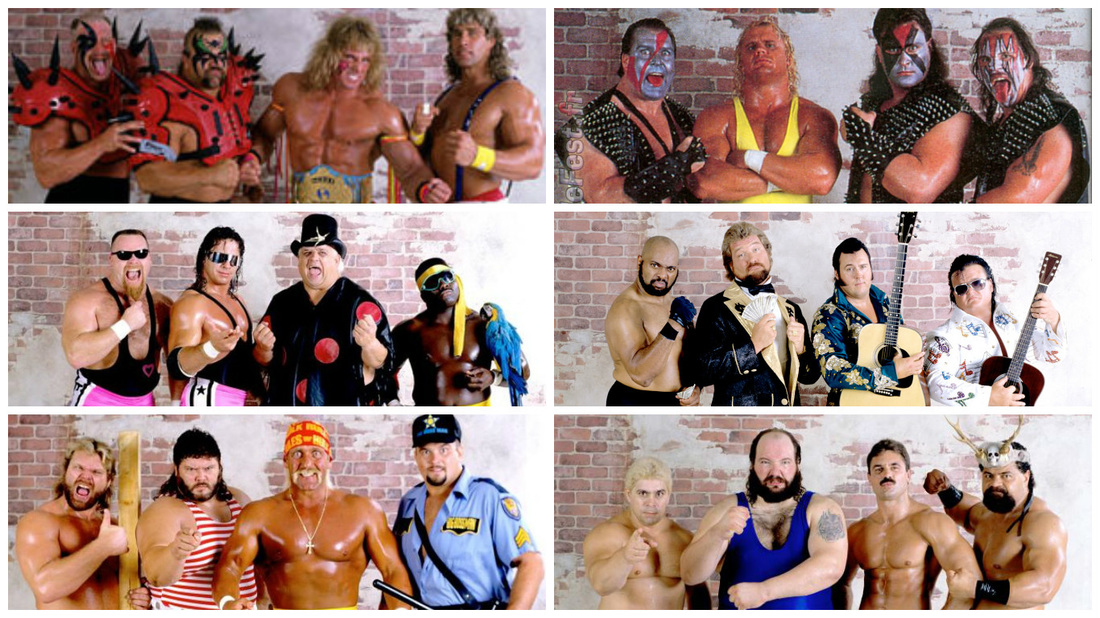 ​For the next few years we were treated to great 4 on 4 classic match ups. Some of my favorite teams are seen above. There was just something special about seeing all the stars together at one time and it felt like treat to the fans.

​Then they had to go and mess it all up. Smh. 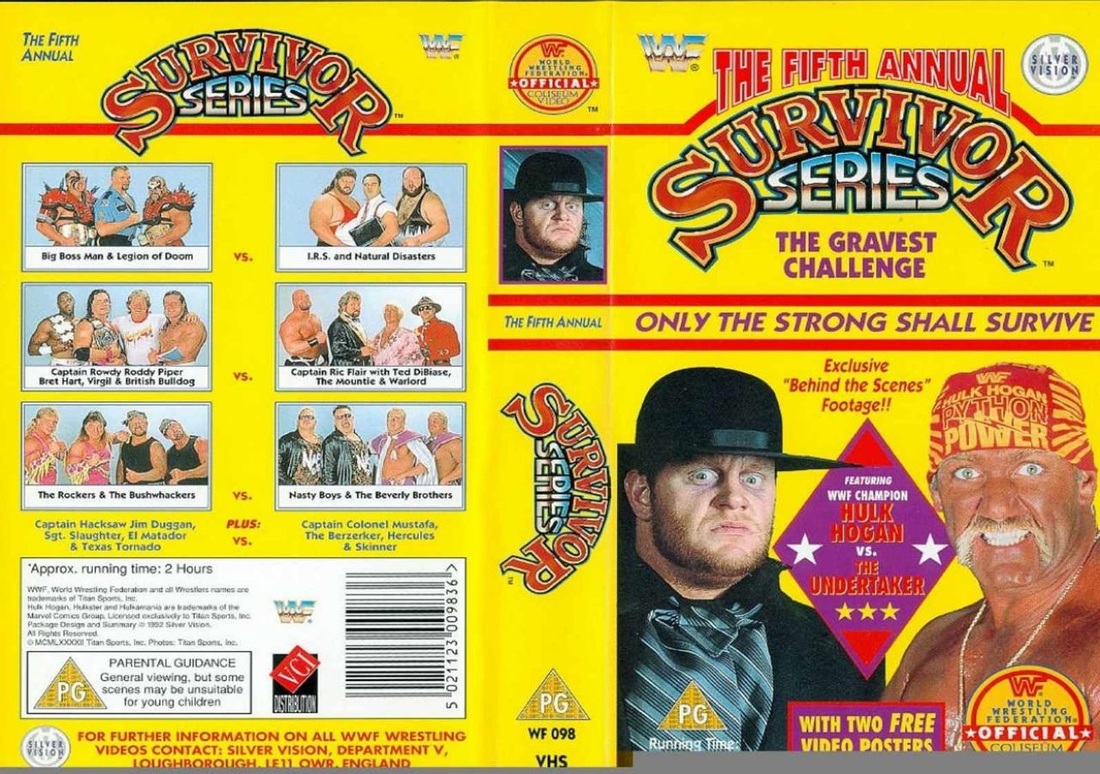 Up until 1991, every match on the Survivor Series card was a multi man tag team match which paired various stars together. In 1991, the roster was getting a little thin, and long in the tooth, so Vince decided to headline the event with a main event of Hulk Hogan defending the title vs The Undertaker. This was a blockbuster match and I could see why Vince wanted it on PPV. But it opened up a can of worms.

As the years past, more and more we got less and less elimination matches of importance. After a while, the main eventers were in big single or regular tag matches and the mid carders and jobbers were in "traditional elimination matches". This watered down the concept and made the audience feel like it wasn't important.

Sure, from to time you would get a big one ever few years when someone tried to revive the idea, but it was too late and never followed up on. The ship had sailed. Gone were the days where the Survivor Series set up Wrestlemania plans. The famous match in Survivor Series history now is a screw job. Smh. Hell, in 1998, they held a world title tournament on the show and then the title change hands between that show and Wrestlemania 5 times!!!! Smh. The thrill was gone.

And there in lies the real issue. Back when the Survivor Series matches were special, you rarely saw the big stars teaming with one another, let alone facing each other on TV every week. So those matches were rare and coveted.

Today, we have a million specialty PPV's. Royal Rumble, Elimination Chamber, Extreme Rules, Money In the Bank, Hell in the Cell, Night of Champions, TLC..... They are all gimmicks to hook people for a concept. But at it's core, almost all of them are the same. The Survivor Series was different, from top to bottom. Everybody being o a team, even with people they don't get along with, was a something to look for forward to. Now, Its just another show.

I wish we could bring back the Glory Days. 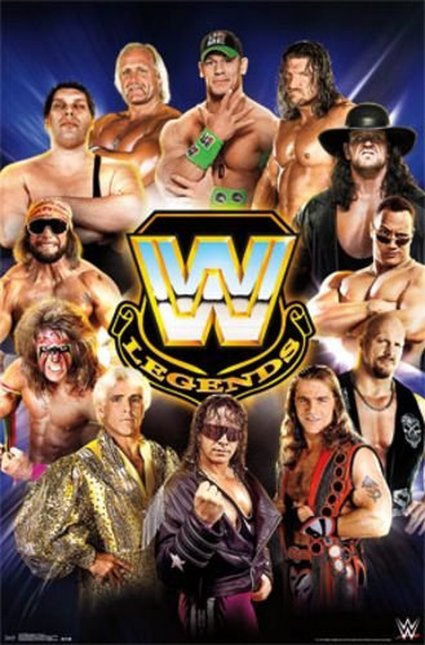