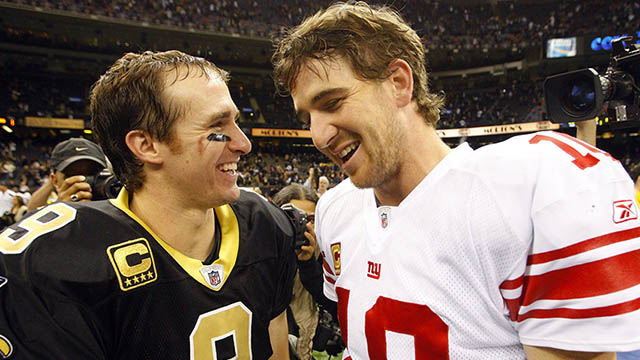 Le'Veon Bell Out for the Season

​The Steelers not only lost their 4th game of the season, but they also lost running back Le'Veon Bell for the season. After finally getting Big Ben back on the field, they now will be without their number 1 weapon on offense.

The Bengals earned a tough hard fought win in Pittsburgh and now have the division locked up. The are still the 2nd best team in the AFC.

Sunday's game between the Giants and Saints was the most exciting game of the season, without question. Drew Brees threw for 500 yards and 7 touchdowns as the Saints beat the New York Giants. Brees was phenomenal hitting, Cooks twice, Watson, Spiller and Colston walked in.

Eli was just as great. He threw for 6 touchdowns. It was like watching a college game where there is no defense to be found. Both teams defensive coordinators should be fired. But the offense was so fun to watch.

The Falcons not as good as Advertised

It seems like every week the Falcons are a in close game against opponents you would think they would blow out. Well, Tampa Bay got them this week. They are simply not as good as we thought they were. the offense has not been putting up the points at the clip that many, including myself, thought we would see. Roddy White might be done.

The Raiders Embarrass the Jets

Don't look now, but that Raiders win over the Ravens doesn't look as bad as we once thought it did. Oakland is a damn good team and in back to back weeks they embarrassed the Chargers and then yesterday, the vaunted Jets defense.

Give Derrick Carr credit as he is utilizing his weapons to perfection, and Crabtree looks like a real receiver in this league. Amari Cooper may run the best routes in the NFL in only his rookie season.

As for the Jets, they better hope they don't have to rely on Gino Smith. Smh.

I told yall the Denver defense was great, but damn they may be one of the best ever. defensive line, linebackers, corner, safeties. Smh. What don't they have. They completely shut down all of the Packer receivers. Whenever Rodgers had time, and that wasn't often, they he had nobody to throw to. The bad man just looked, bad.

Peyton Manning was masterful. The Broncos look ready for the Patriots and that will be the game of the year.