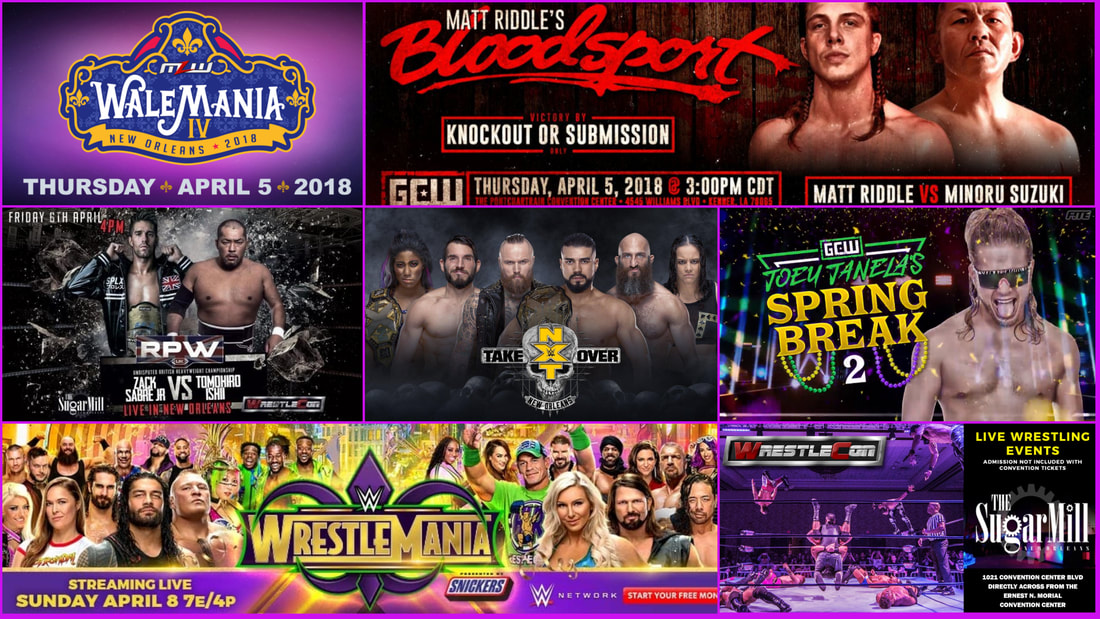 Welcome to my annual review of my Wrestlemania weekend voyage. This year the festivities are in New Orleans and it has not disappointed. This City is full of life and debauchery, and I love it!!! I am attending multiple events each day, and of course I have captured photos and video to share here. Video will be added later, as the internet in my hotel is very slow, and I may need to wait until I get back to Baltimore.

I arrived on Thursday afternoon with just enough time to drop my bags at the hotel to my cousin Dorian, wo arrived ahead of me, and then head over to the first show of the weekend. Let's get to it.

Right off the bat we got off to a hell of a start with something very different from Matt Riddle. Bloodsport was basically a bunch of tough guy fights in this ring. 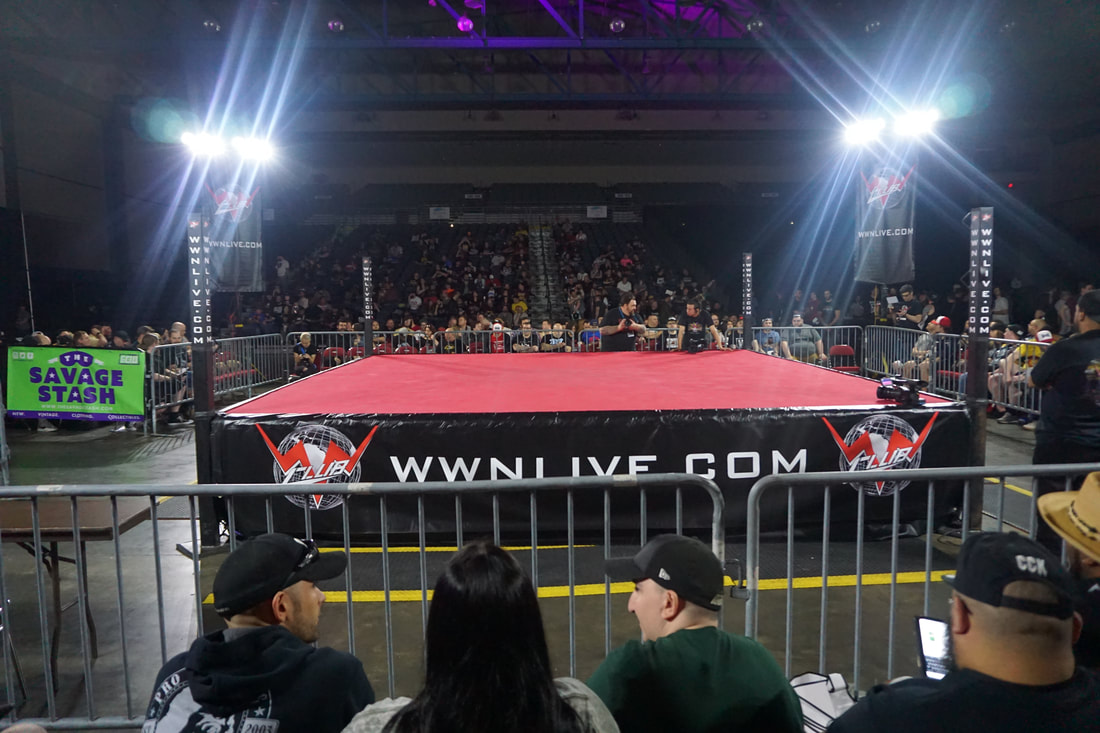 That's right, no ropes, no rope breaks, no pins, no countouts, no DQ's, just submission knockout or death. Lol!!! And some of them really tried to accomplish that last one!! 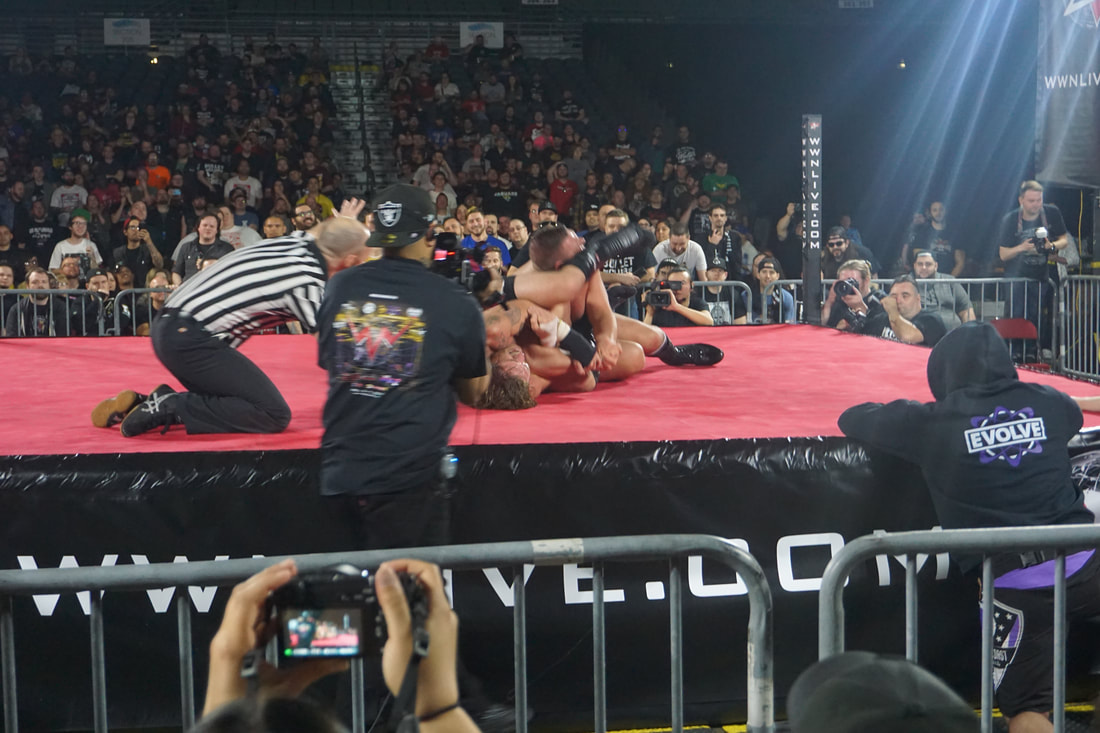 ​The highlights included a hell of a fight between my man Filthy Tom Lawler and big Walter, who is one mass of a man with a chop that made me hurt from my third row seat. And I got to see the killer himself, Minoru Suzuki!!!!!!! He and Matt Riddle had a hell of a fight. Great show!!!!

Thursday night I enjoyed the Walemania Q&A at Nola Republic. Here I got to meet and get an autograph from 2018 WWE Hall of Fame Inductee, Mark Henry. 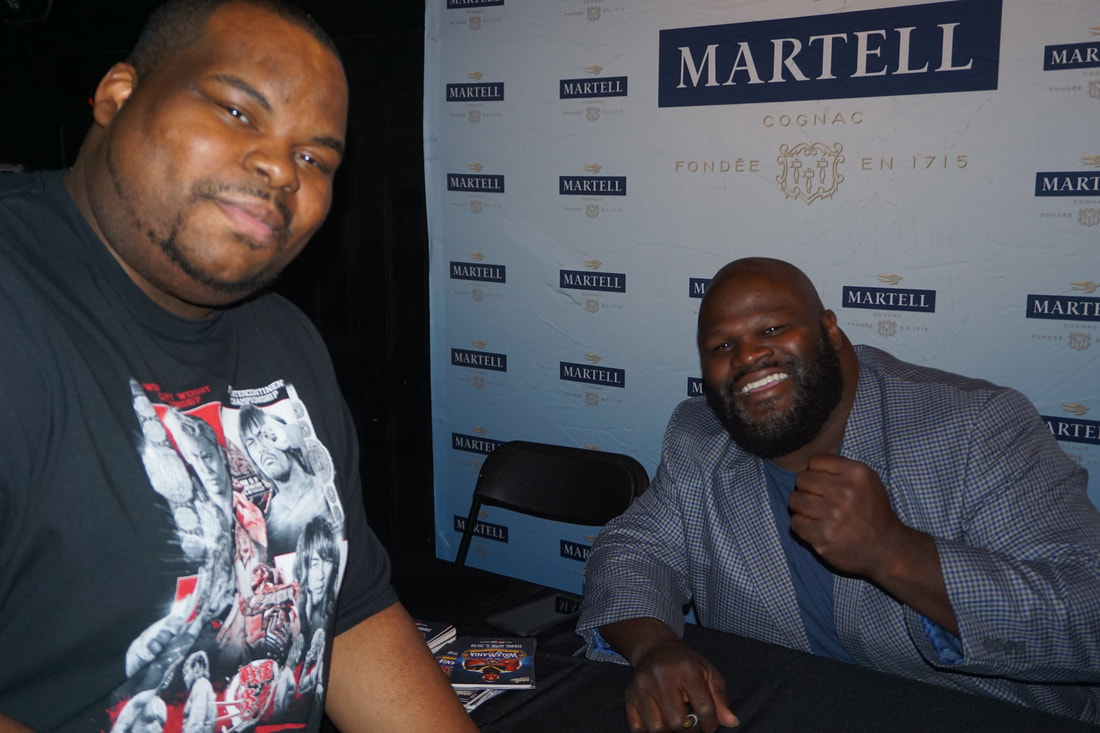 The podcast portion of the night featured John Pollack with Dave Meltzer, Bryan Alvarez, Tom Lawler, Mark Henry, MVP and a surprise a bizarre appearance by Hornswoggle. Yea, it was a cluster. There were so many other pro wrestlers from every organization in attendance as well, but it was a party setting, and I don't take pictures of people when they are chilling. But Wale came out and gave a concert to end the night, and a great time was had by all.

On Friday morning, Dave Meltzer and Bryan Alvarez answered multiple questions from the F4W Wrestling Observer Empire at the hotel we were staying at, the Royal St. Charles. 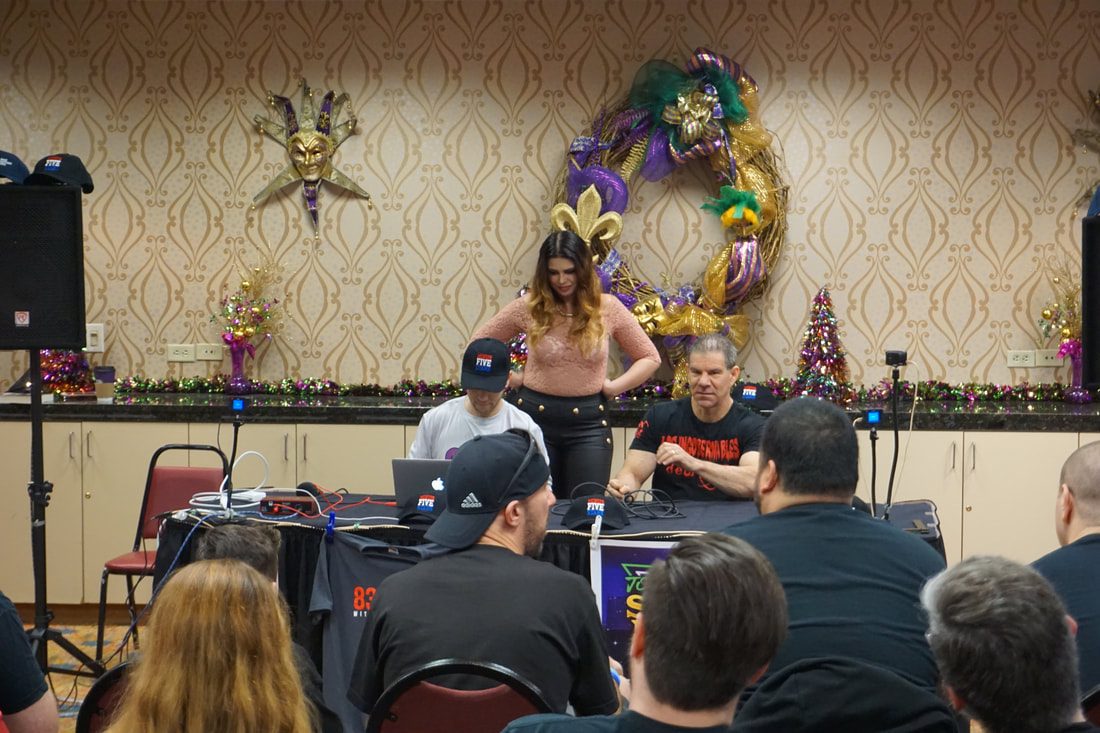 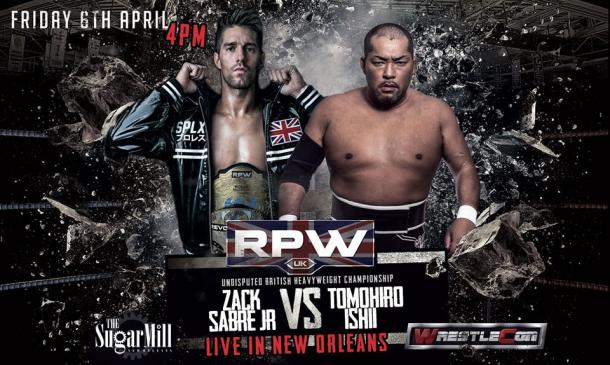 This was the 2nd best show I saw all week and I was honored to see Suzuki, Ibushi, Ishii, and Tanahashi in person for the first time. What a great show. 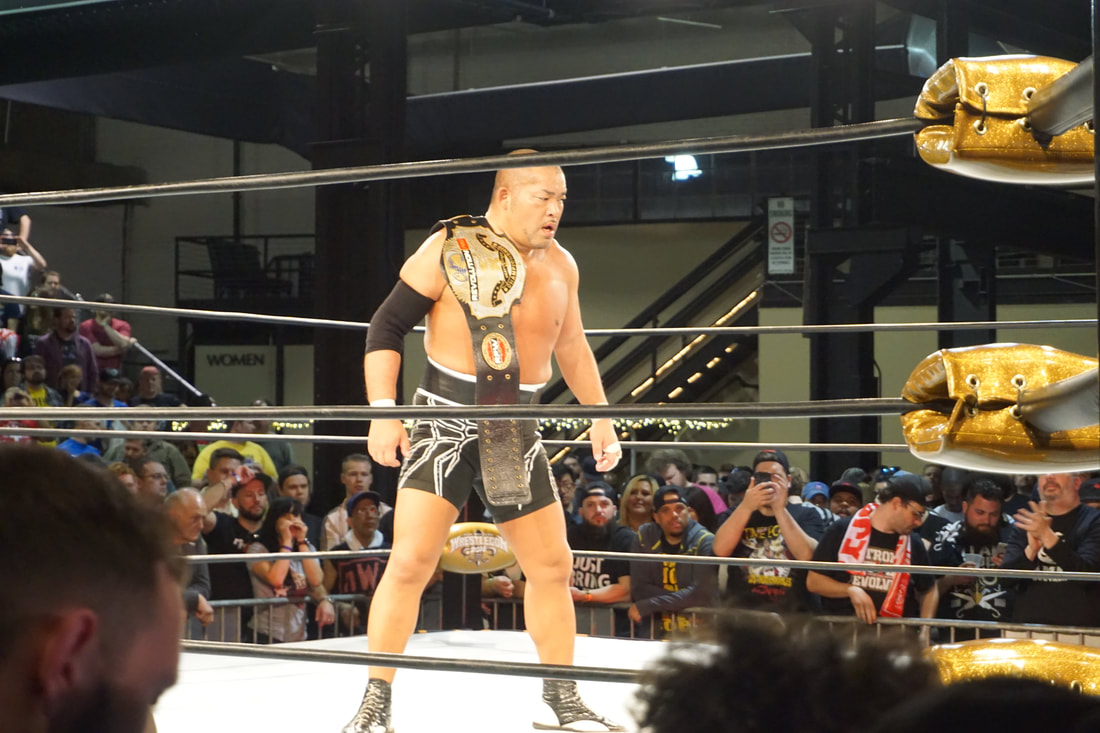 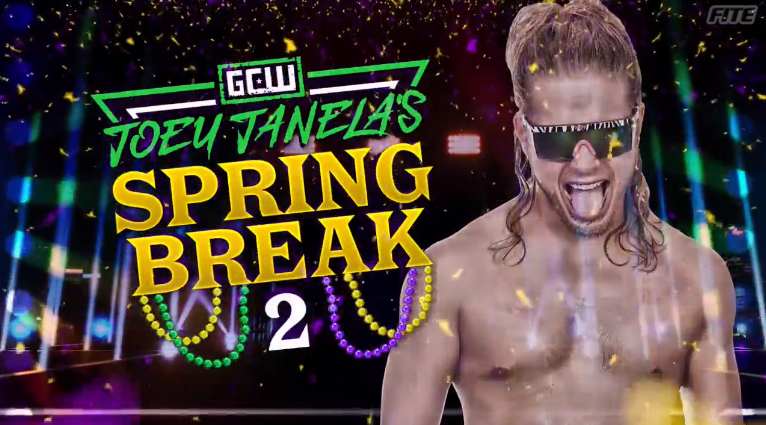 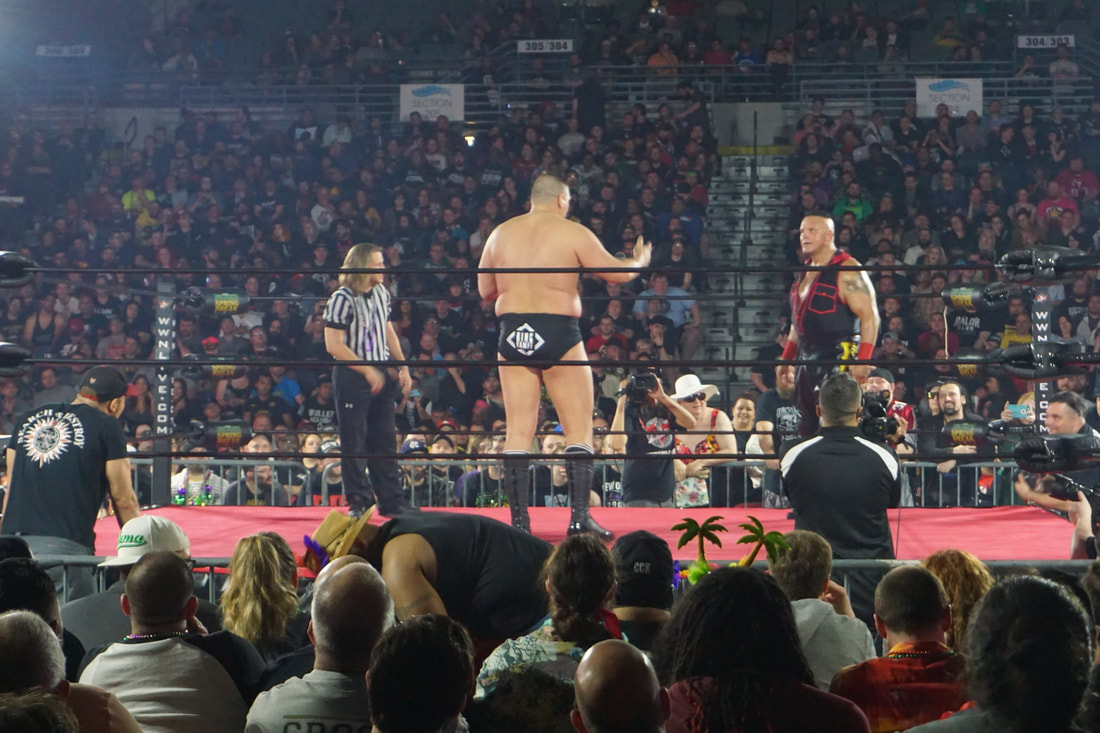 These two beat the shit out of eachother. 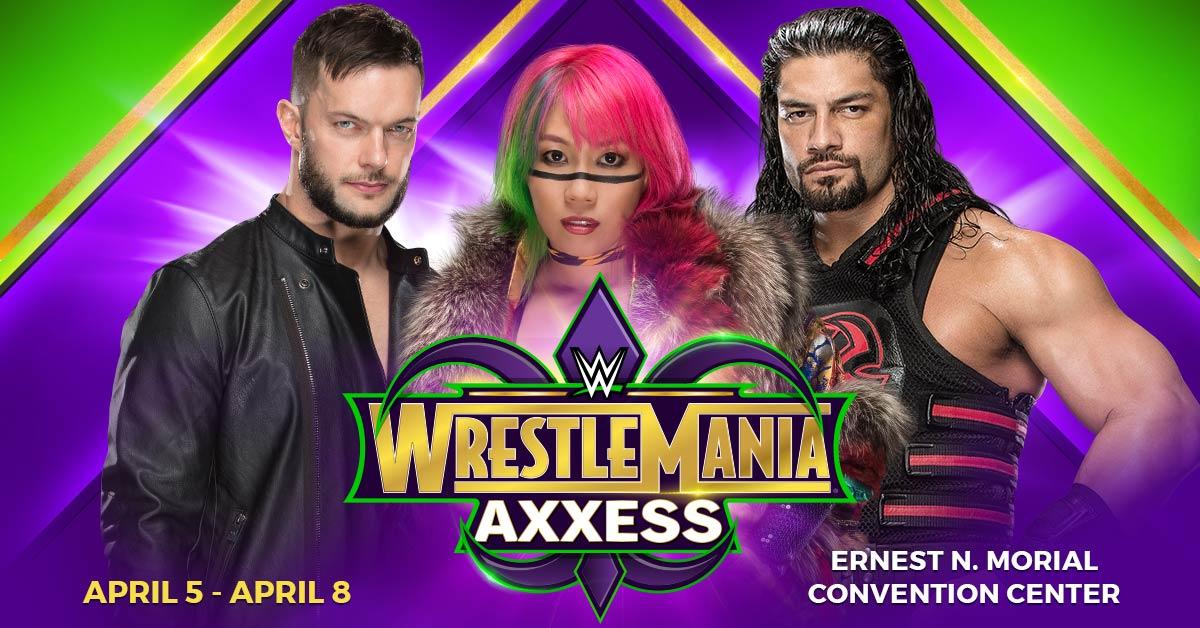 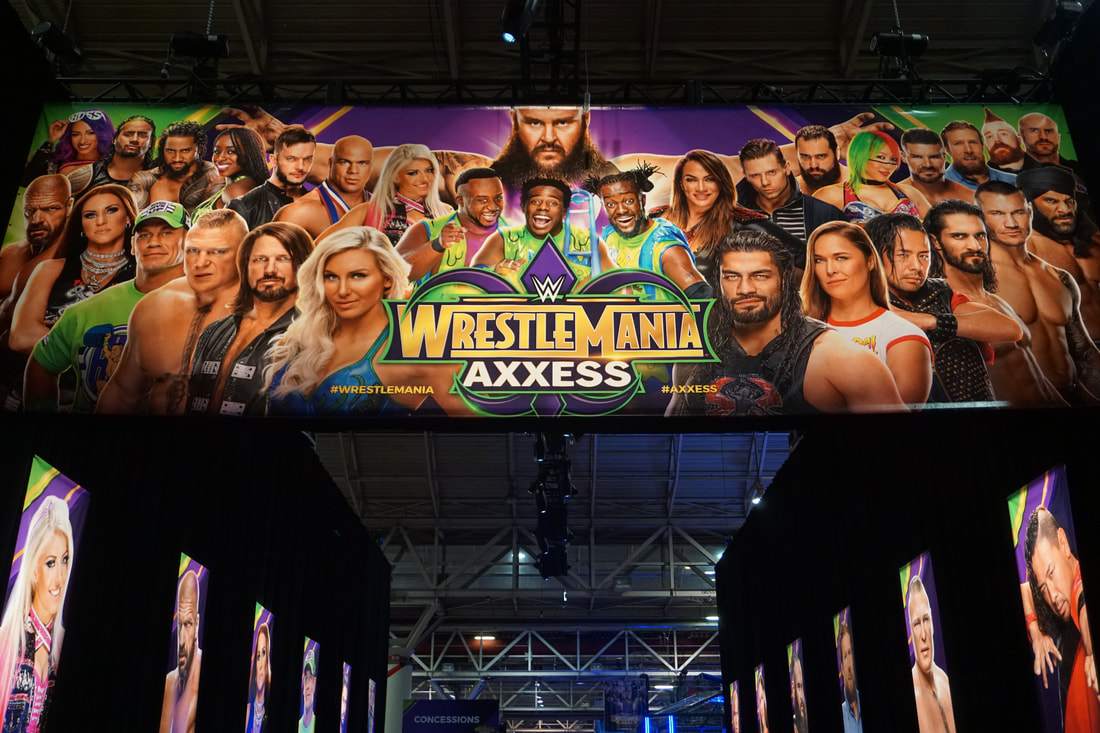 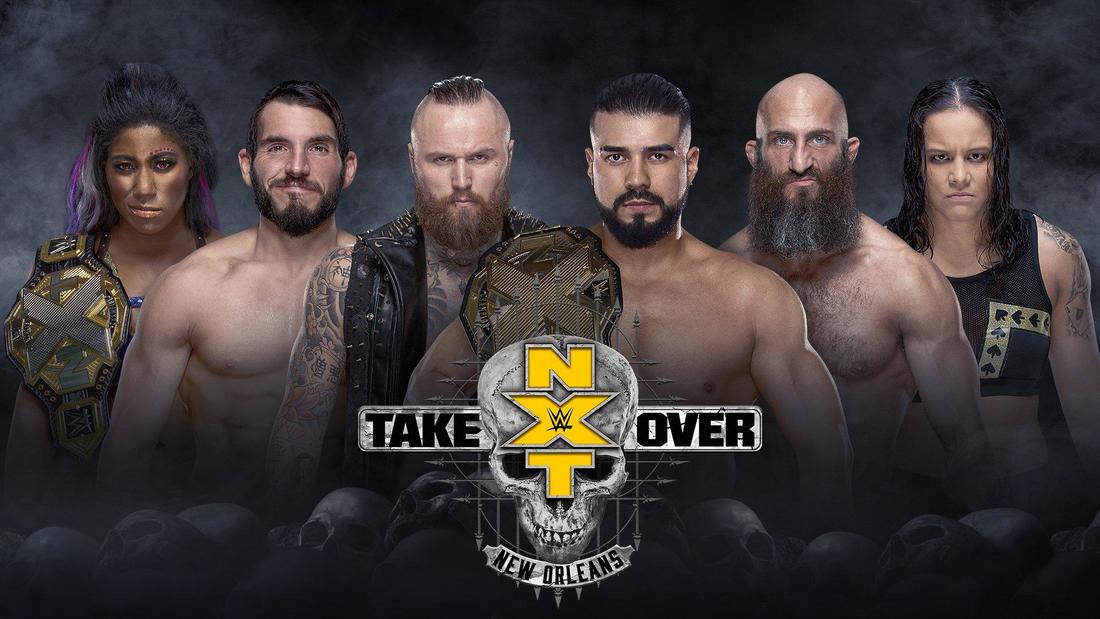 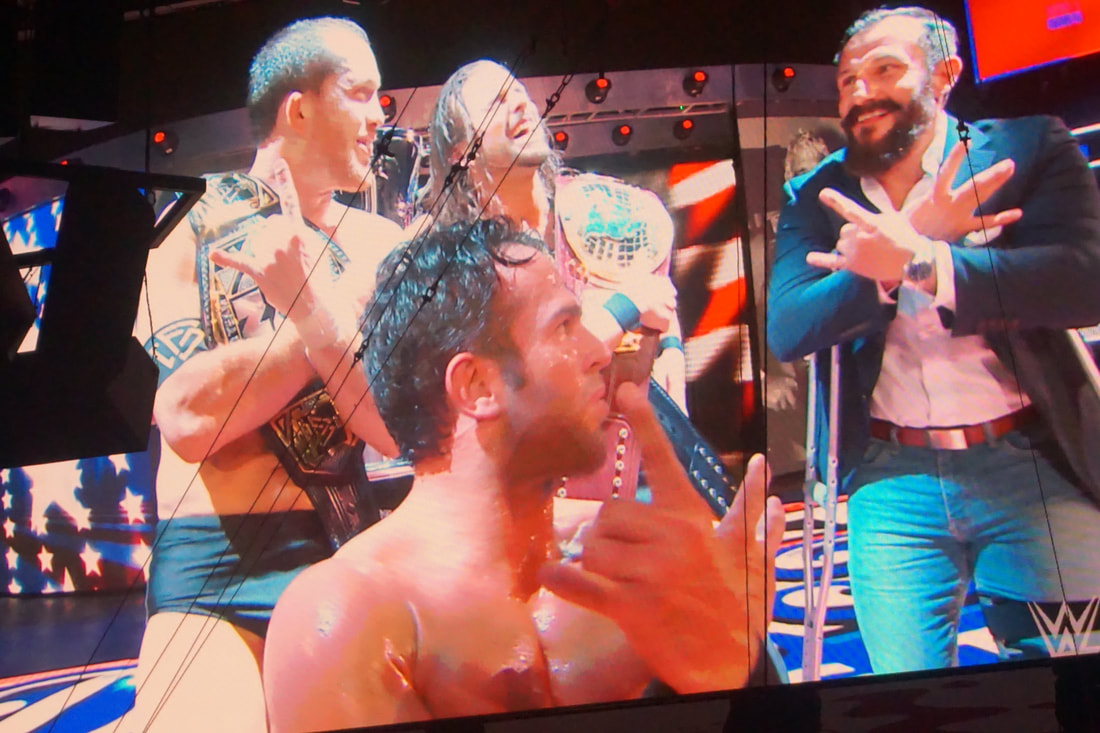 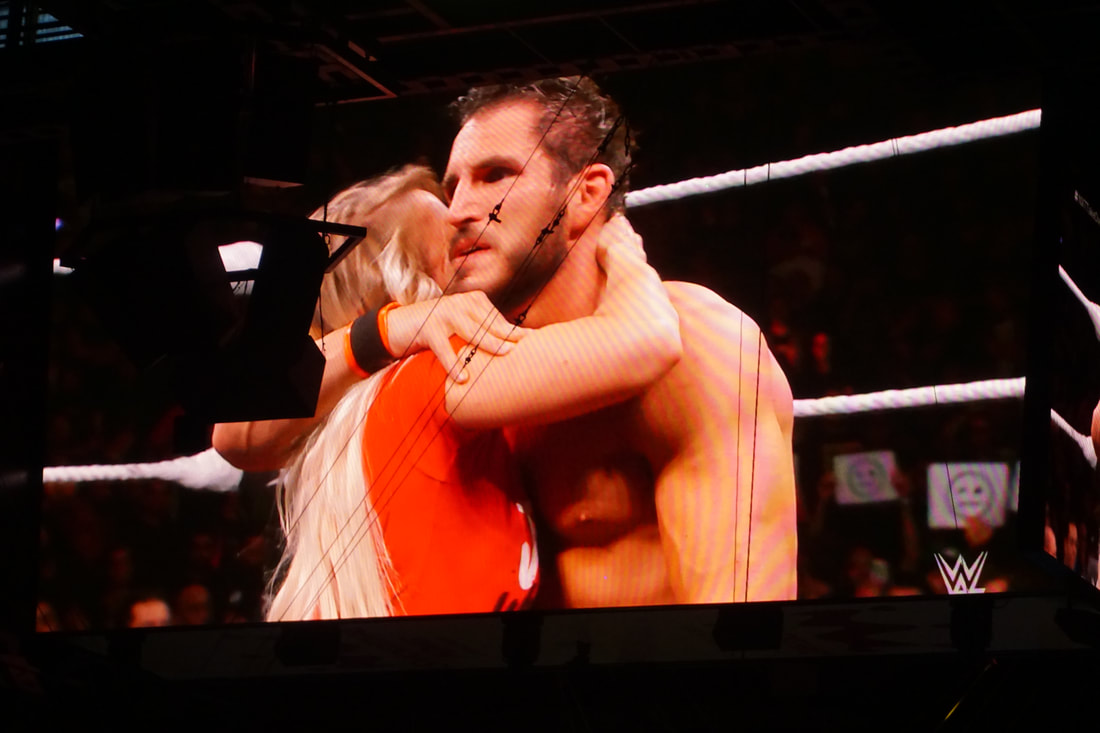 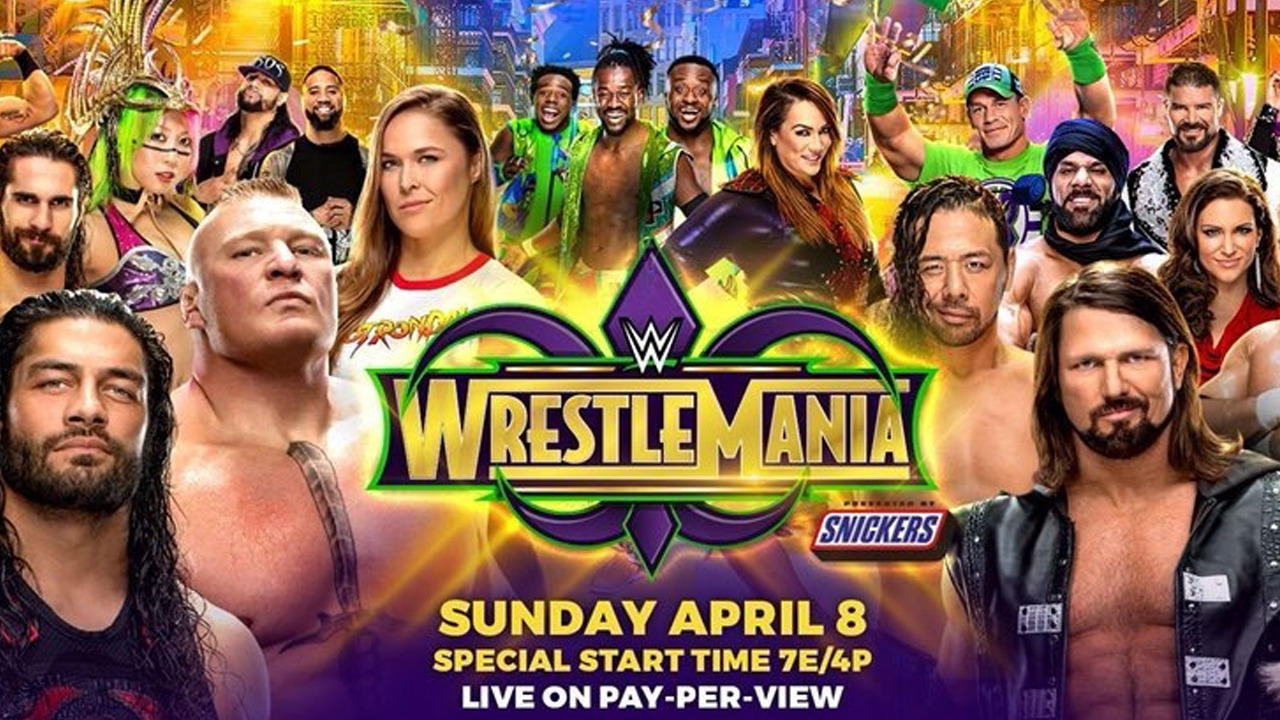 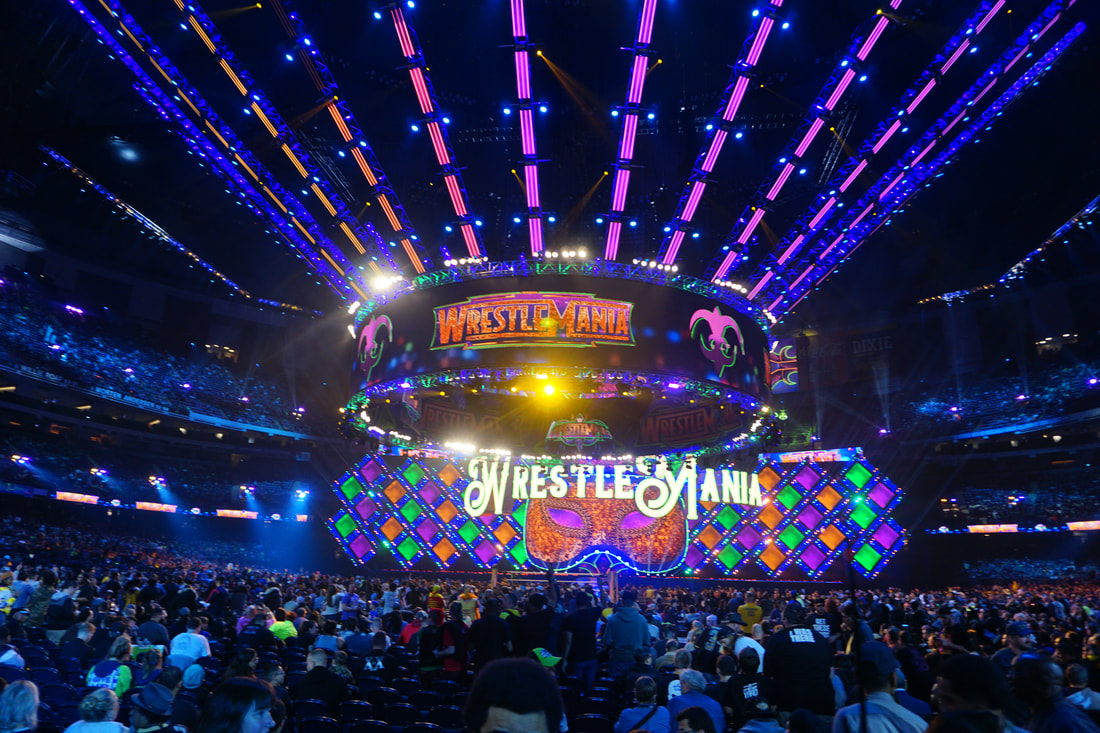