Farewell Peyton, Thanks for the Memories 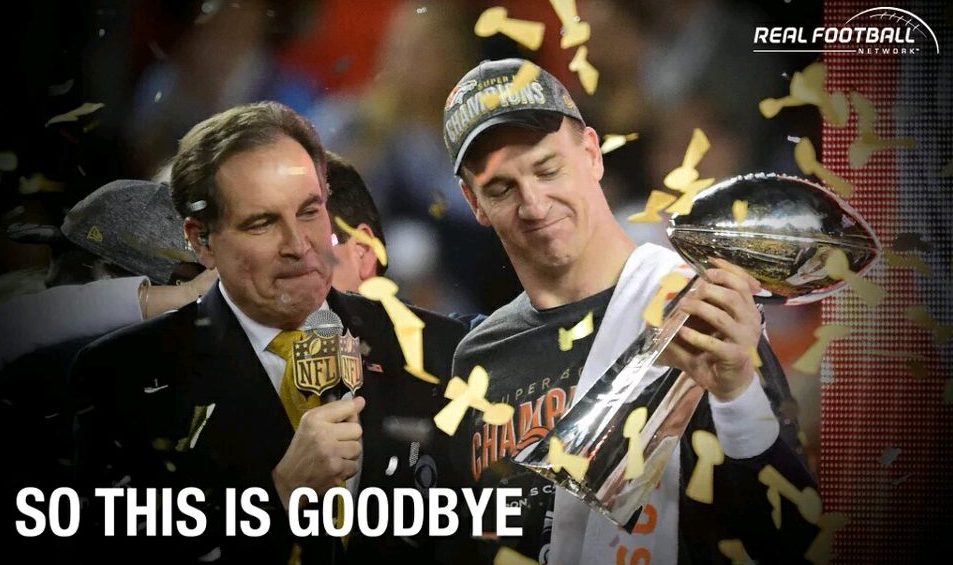 After 18 years, Peyton Manning has decided to hang up his cleats and ride off into the sunset. Manning announced his retirement on Monday during a press conference in Denver, Colorado.

If you haven't seen it, check out Peyton's emotional farewell.
The true emotion and heart showed by such a great athlete is so refreshing to see. Peyton Manning is my favorite quarterback of all time, so this speech touched me a great deal. He touched on every note, and every emotion you would ever want to capture such a special moment.

I mean, this felt like a Hall of Fame speech, it was excellent! I know many can critique and scrutinize the career of Peyton and how he's come up short on many occasions. Those issues are well documented. Many highlight how great of a regular season quarterback he and he fails in the post season. But guess what, that's what makes me love Peyton so much.

The guy is not perfect, he's not the poster boy with all the looks and glitz and game. He failed and came back every time. He used what he had, his brain, to overcompensate for his lack of athletic ability. But how many players really have changed a significant aspect of football? Peyton Manning did. He beat teams as much with his head as with his arm. 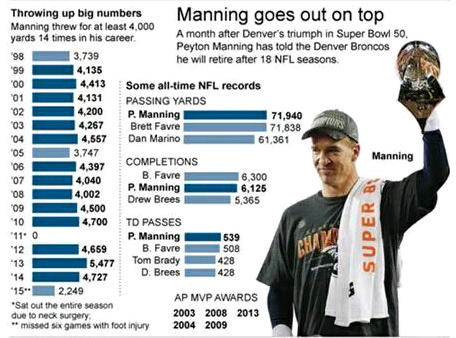 Peyton revolutionized the game. We used to think the no-huddle was fast paced tactic where the QB would rush to get to the line of scrimmage and get people off balance. Peyton changed it to go to the line, take our time, find out what the defense is doing and then pick them apart. He used to do this to the Ravens all the time, which  hated, but never could hate Peyton, because he was just that damn good.

I could say so much more about Peyton and what a great career he has had, and I will at a later date, but for today, I just want to keep watching that speech and soak in the true emotion of his sentiments. 18 years is a hell of a ride. And I'm happy that he didn't overstay his welcome and walked away on top.

Thank you Peyton, and Farewell. 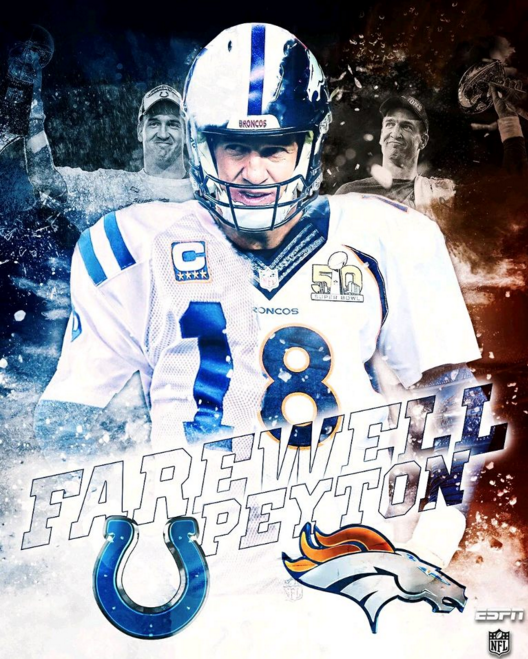