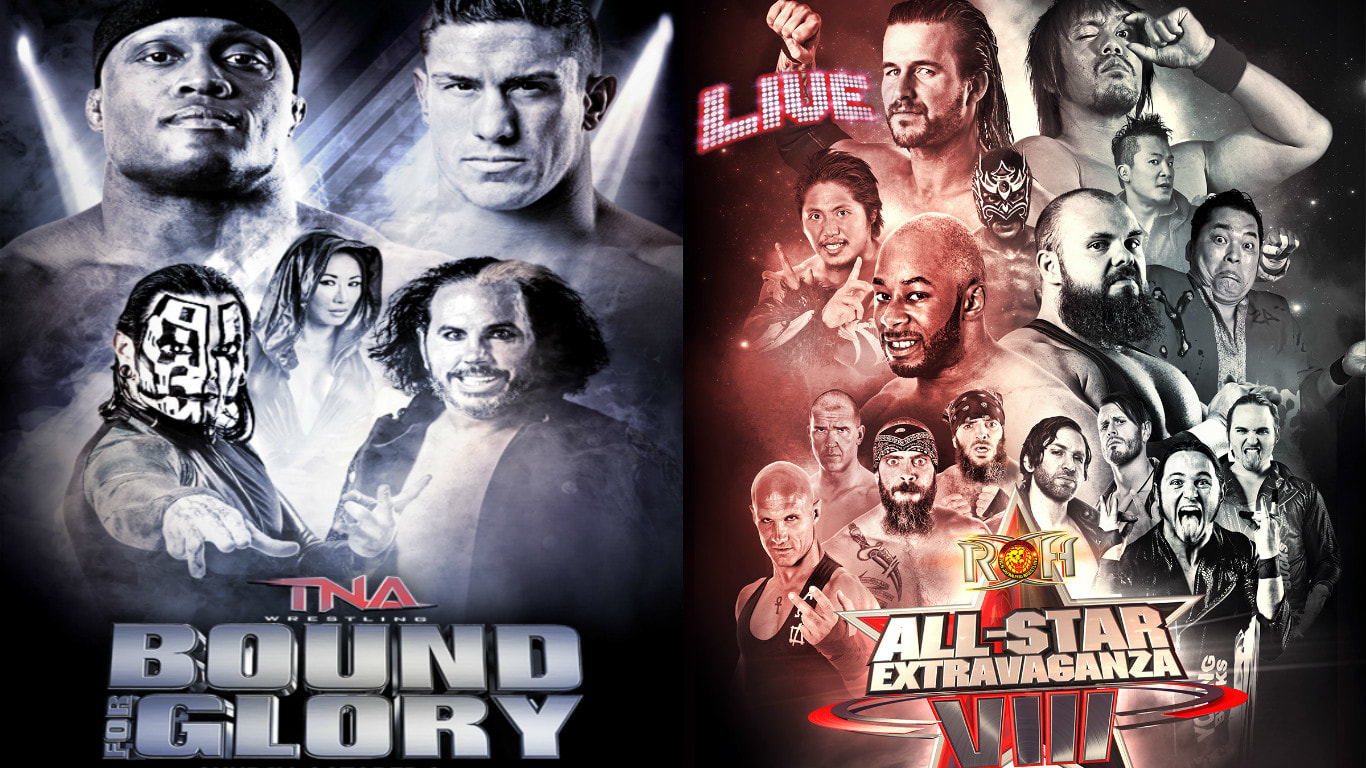 ROH and TNA Gave us Greatness!!! 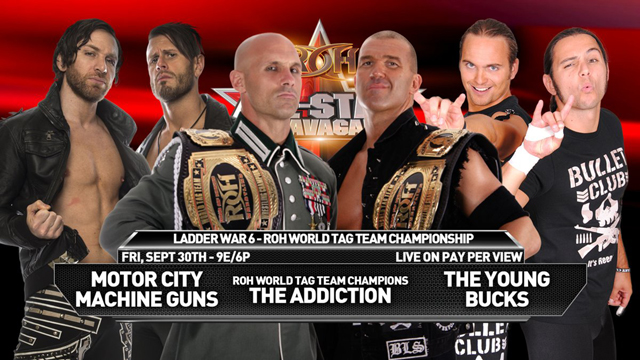 This past weekend the number 2 and number 3 wrestling organizations in the United States (and that's not saying much) presented two of the bigger shows they have of the year. I watch Ring of Honor and TNA every week, and while they have a lot of issues, I am a wrestling fan and can pretty much find something to enjoy about each product.

So on Friday night, I began with ROH All Star Extravaganza. This show was really good from top to bottom, and was headlined by one of the craziest ladder matches you will ever see. Got Damn!!! This was a crazy war where these guy clearly set out to top the great car wreck ladder matches from the Attitude era with The Hardy's, Edge and Christian, and the Dudley Boyz. Christopher Daniels took a beating man. Jeez. He's too old to be getting killed like this. The stunts and the table spots were crazy good and this was all action. Please, if you have not see this, check it out below.
As Always I turn to Dave Meltzer for play by play and commentary.

​This match was just unbelievable.  The Young Bucks won the belts after Nick came off the top of the ladder with an Indy take where Matt tombstoned Kazarian off the top through atable.  They went through a million tables.  Daniels and Kazarian both bled.  Kazarian had a nasty cut with his scalp split and Daniels bled like crazy.  Both Kamaitachi and Jay White got involved with Kamaitachi saving things at one point as The Young Bucks had it won.  There were far too many highlights here.  The crowd at the end was very sympathetic to Daniels after the great promo he did with the idea that if he lost the title that would probably be the last time he'd hold a title.  I just hope nobody was hurt badly because this really was equal to the Edge & Christian vs. Dudleys vs. Hardys match.  The whole crowd was standing for most of the match. 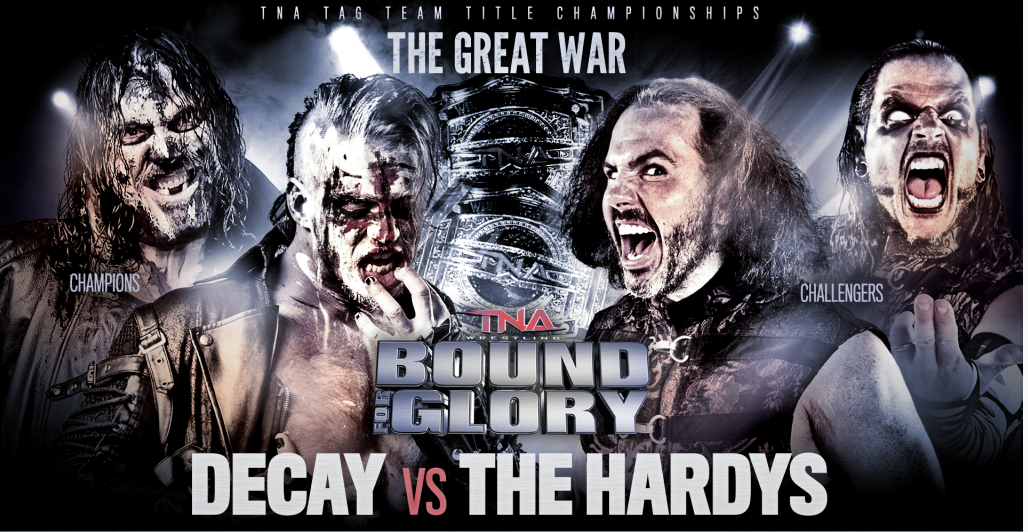 Then on Sunday, in the midst of all the turmoil and questions about whether TNA was dead, (yea, we have never heard that before), TNA presented their biggest show of the year, Bound for Glory. On this show, we were treated to yet another gem from the hilarious and entertaining mind of Matt Hardy. If you have not been enjoying this Crazy Matt Hardy story line which has included "Final Deletion" and "Delete or Decay", you don't have a fun bone in your body.

Broken Matt Hardy is the greatest man. I love this stuff. Its so off the wall and so different from everything else in wrestling, and that's what makes it so fun. This is the reason why I would hate if TNA died. Don't worry, it won't.

This was something! The Hardys won the titles when Jeff came off the top of a 15 foot ladder with a swanton onto Steve through two tables for the pin.  A lot of this match was pre-taped stuff out of the building which included Matt brawling with Abyss in the park in the back of a pickup truck, and Vanguard 1 blowing mist in Rosemary's eyes. Matt made a barbed wire board sandwich with Abyss, and came off the top rope with an elbow on him.

Jeff had some magic water poured on him that allowed him to disappear and throw pumpkins at Steve. (Get it, smashing pumpkins?) Jeff showed up as a bunch of different characters. They came back in the ring, and Rosemary did a coast to coast dropkick into a garbage can like she was RVD. At another point, Rosemary gave Abyss "Janice", but Matt set Janice on fire and threw the board out of the pickup truck.
Final Thoughts:

While neither of these matches were your traditional wrestling match, I enjoyed it so greatly. I love wrestling, in all forms. I love pure wrestling matches, I love strong style, and I love crazy car wrecks done right. These two matches were different and great in their own right. Moe examples of why i will never stop loving this industry. Creativity is still alive and well.