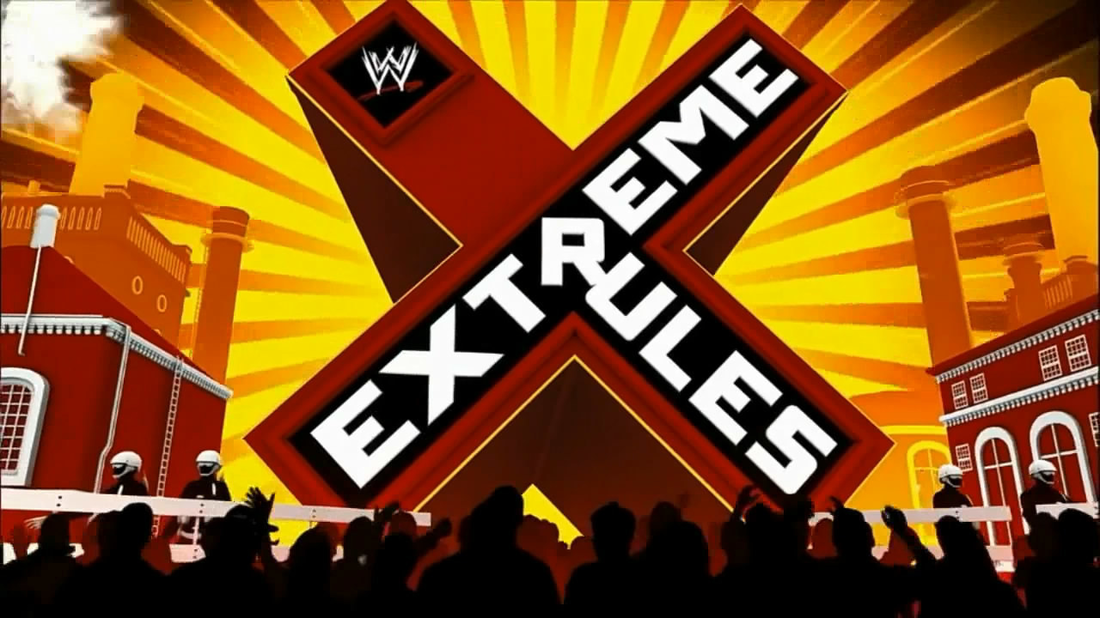 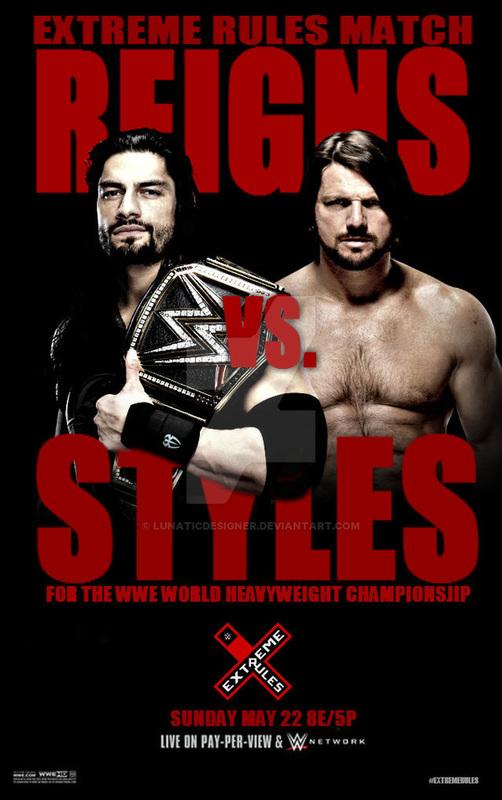 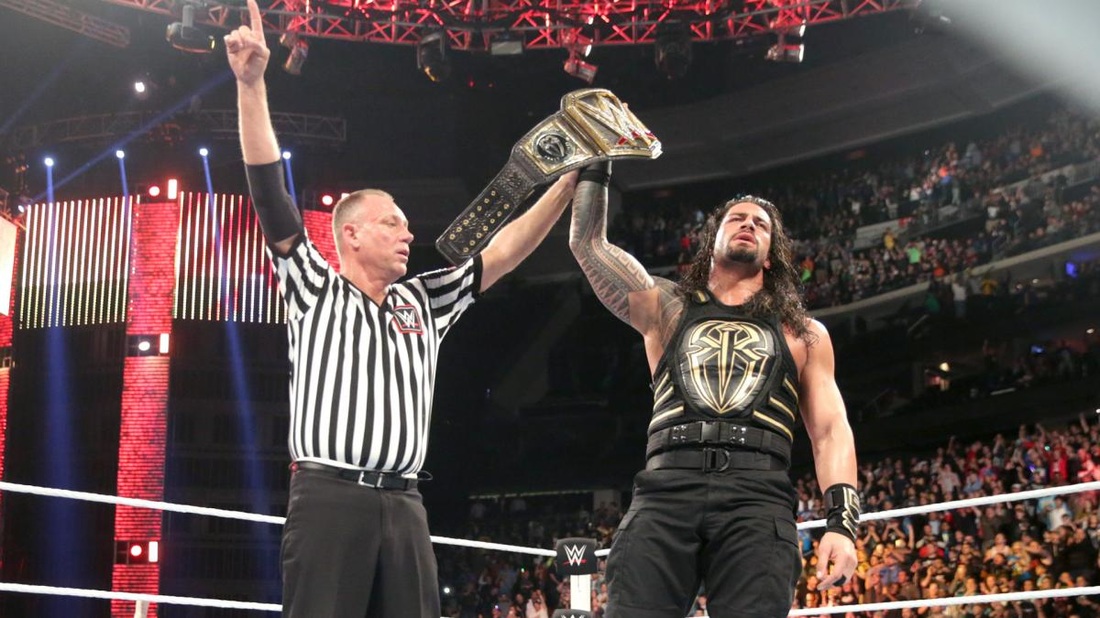 For me this had everything I love about wrestling. Emotion, hard hitting, a real back story, crazy good action, intrigue and a phenomenal performance by the best wrestler in the company AJ Styles. It was my favorite WWE match of 2016 so far. Its not the ending I would have wanted, but given the fact that we all know Reigns is the long term plan, it was great finish with Reigns catching him with the spear as he went for the flying forearm. I do wish he didn't kick out of two Styles Clashes but hell, he's the Guy.

AJ Left everything out there and did some absolutely crazy great bumps. This guy is so great. I mean bumps including a high backdrop through a table where he landed on his tailbone. Anderson & Gallows interfered first and laid out Reigns but he still kicked out of the pin.  The Usos came out and laid out Styles with superkicks and a splash off the top but he kicked out.

Reigns hit Anderson and Gallows with Superman punches. Reigns kicked out of a Styles clash, and Styles used a Styles Clash on a chair but Jey Uso pulled Styles off him. Styles got a chair and destroyed Reigns and the Usos with more than a dozen chair shots. This has to make Vince think there is money with this guy man. Please let him think that. 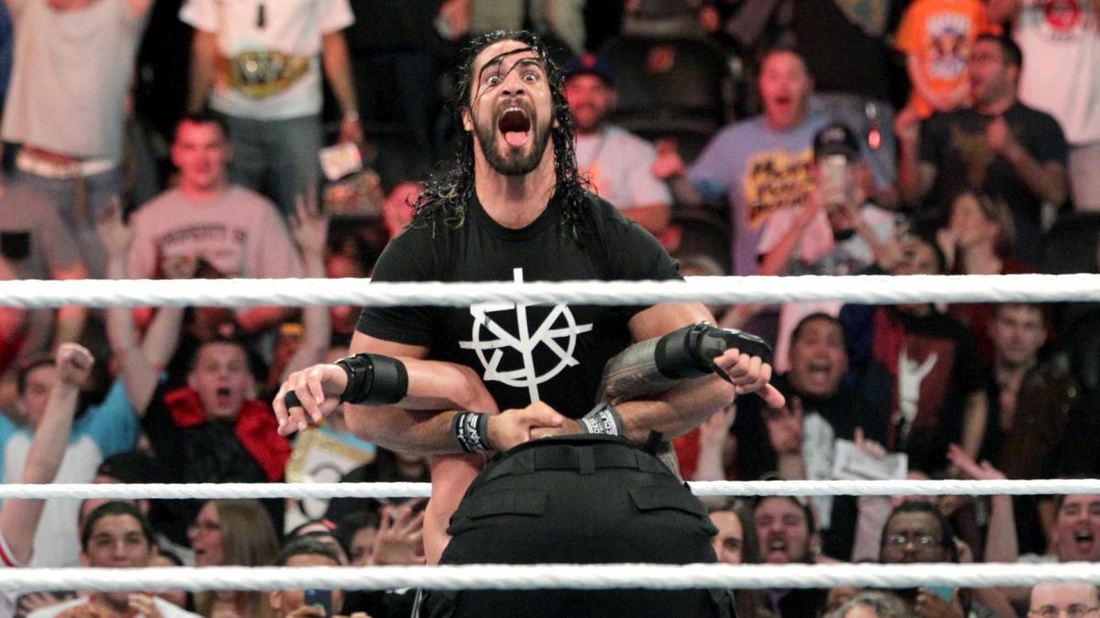 ​The big spot at the end was after Reigns won, Seth Rollins jumped in and hit the Pedigree. The crowd went totally nuts for him as a babyface and chanted "Thank you Seth."  He posed with the belt so Reigns vs. Rollins is the probable Money in the Bank main event. 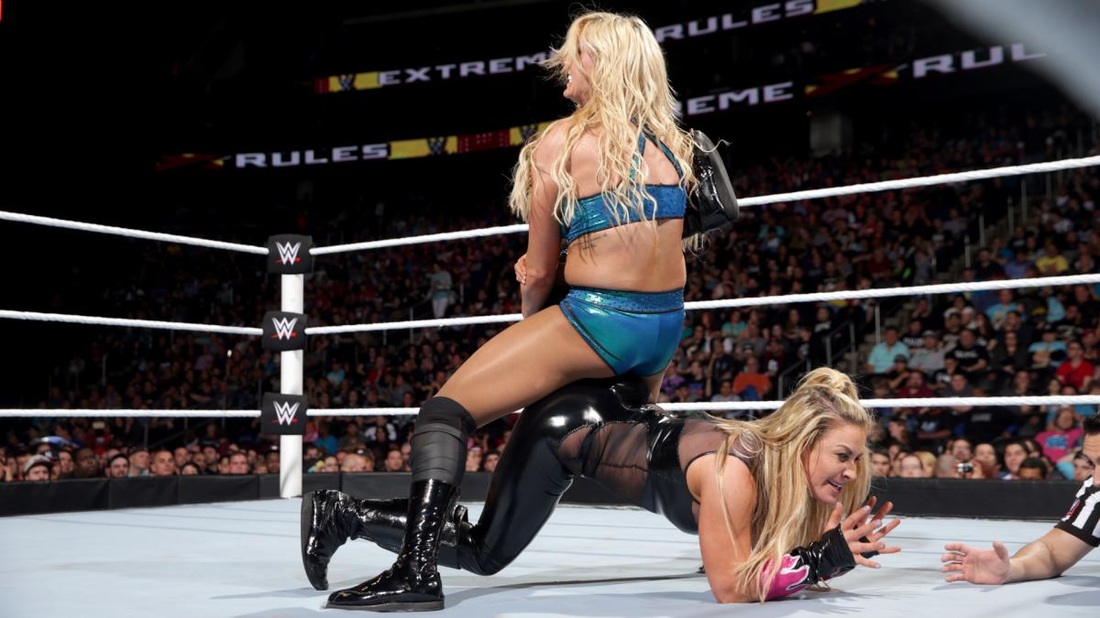 Dana Brooke came out dressed as Ric Flair (wig, robe) and distracted Natalya when she had Charlotte in the sharpshooter. This allowed Charlotte to get Natalya from behind and put her in the figure eight for the submission.

Match wasn't special because it was dead. Nobody buys Natalya as someone who should be beating Charlotte. Ric Flair, Brooke and Charlotte celebrated together at the end. 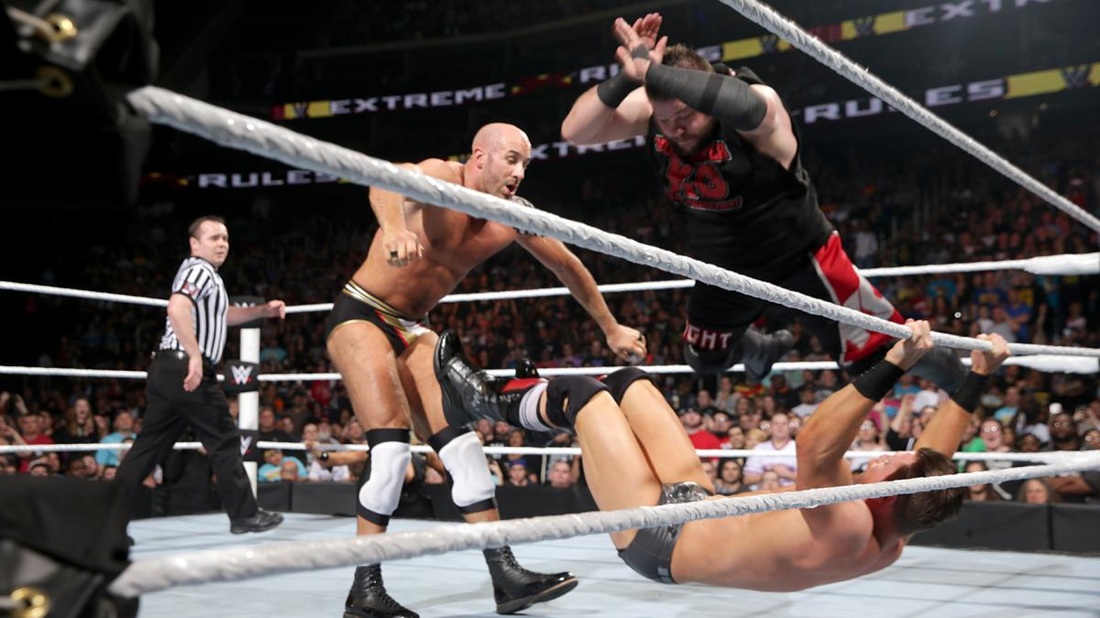 This was another excellent match with tons of near falls and saves. Cesaro and Zayn, in particular, were great. Michael Cole called it a match of the year candidate, a previously banned Vince McMahon term. The finish saw Zayn hit Cesaro with the Helleva Kick, but Owens pulled Zayn out of the ring when he went for the pin. Zayn threw Miz into the barricade, and then Miz crawled into the ring and pinned Cesaro.They did everything in their arsenals including Cesaro doing a 16-rep swing on Miz. Cesaro had Miz in the Sharpshooter and he tapped but ref Dan Engler was distracted by Maryse. Owens did cannonballs on everyone. Cesaro did running uppercuts on everyone three times on each guy alternating. 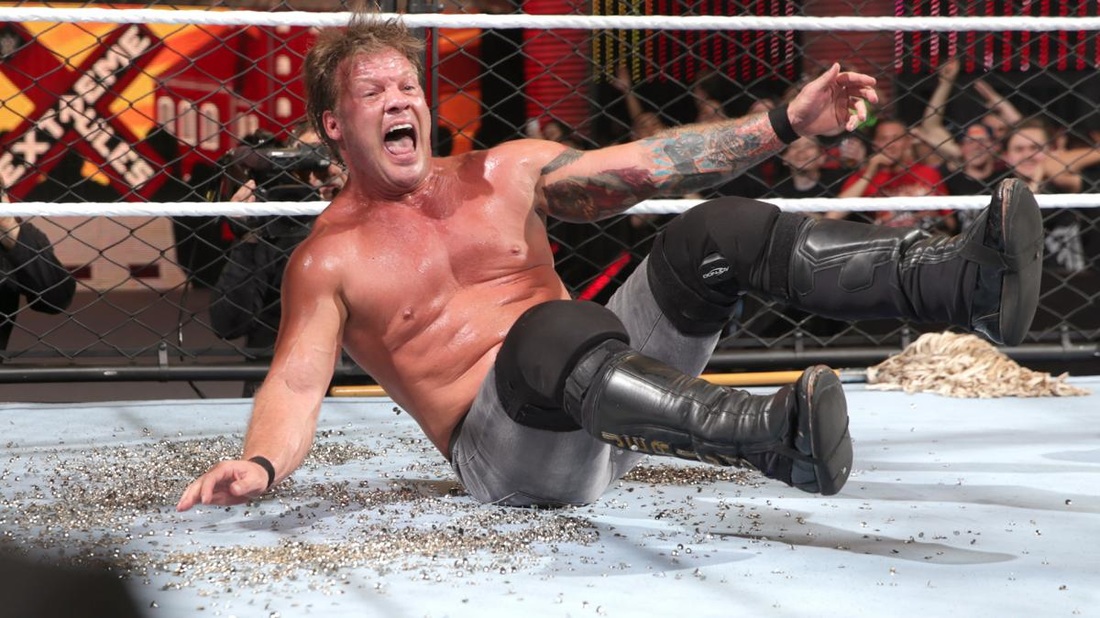 I absolutely hated this dead ass match which ran more than 26:00 in the cage. This was poorly executed and not well conceived. It should have been all action, but instead it had little to no heat for a long time as they traded climbing up and getting the different weapons. It was just too long with too many weapons although they did pick it up at the end with Ambrose pulled down a bucket that had thumbtacks.

They also used a leather strap, fire extinguisher, and then saved a barbed wire board until late with Jericho using it. The match ended Jericho going for a Codebeaker, Ambrose blocking it and slamming Jericho into the thumbtacks, then giving him the Dirty Deeds into the tacks.  Jericho's body had thumb tacks sticking to him everywhere and he was selling it tremendously, bleeding from his triceps. That spot was great but everything else, weak. 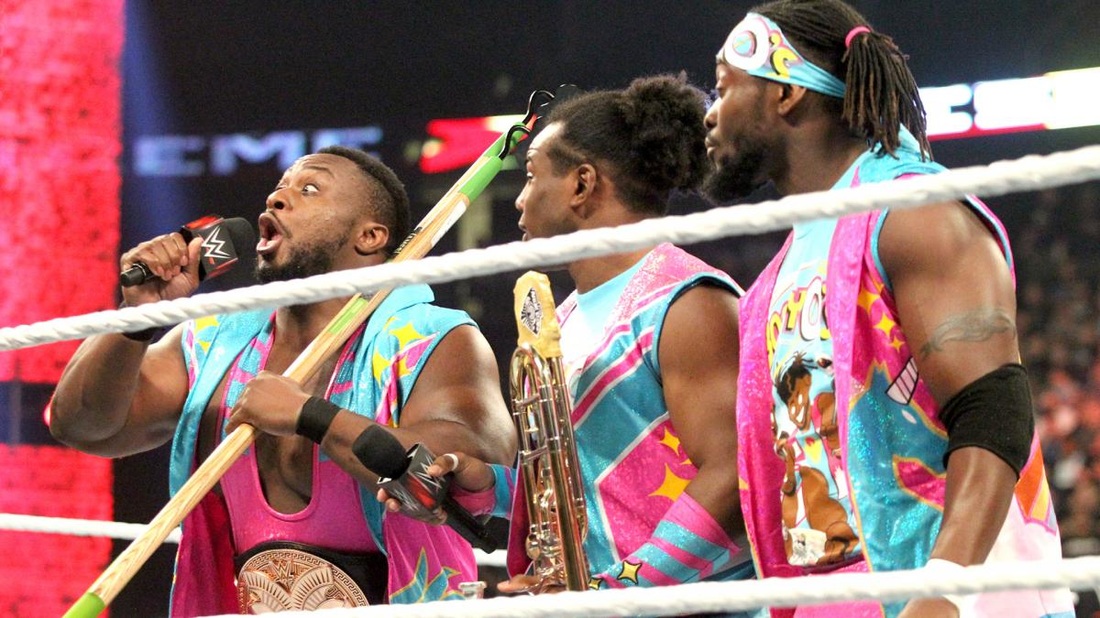 Match was okay for the time it had. The Vaudevillains used the Whirling Dervish on Woods but he kicked out. For the finish, Big E tackled English to the floor. Kofi Kingston hit Gotch with an enzuigiri which led to Woods pinning Gotch with the shining wizard. 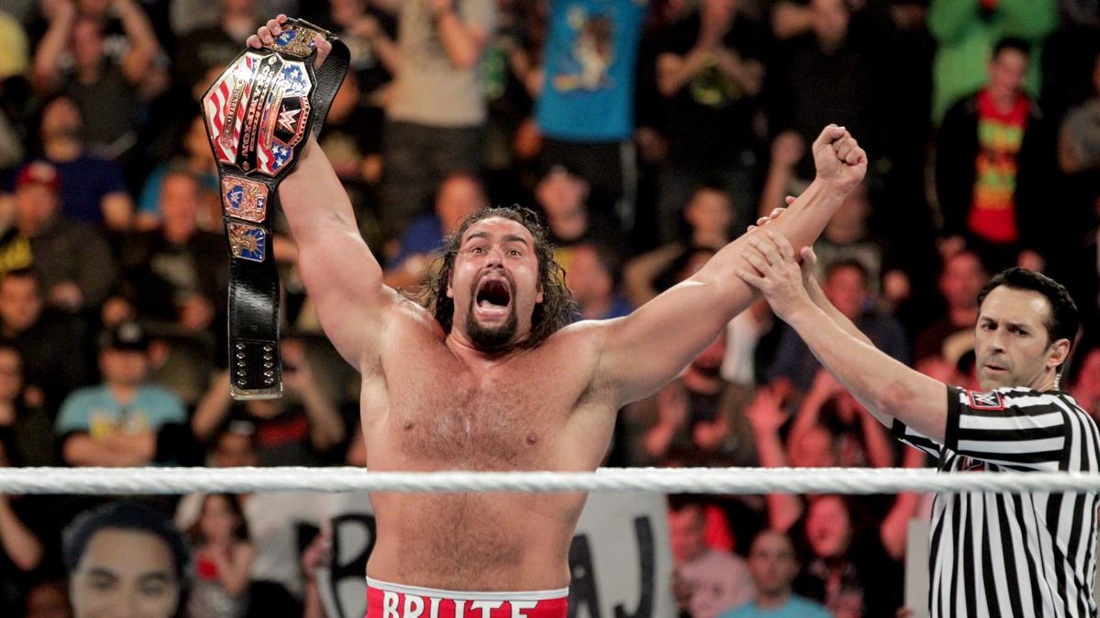 ​Good match. Rusev won the title after slamming him off the top rope onto the apron. They sold it like Kalisto reinjured his back from Raw on Monday and they were checking on him. Rusev then jumped in and put the Accolade on for the submission. Kalisto had gone to the top rope after delivering a moonsault to the floor.  They were pushing like Kalisto was injured at the end, and was coming into the match injured. The EMTs came out after the match. 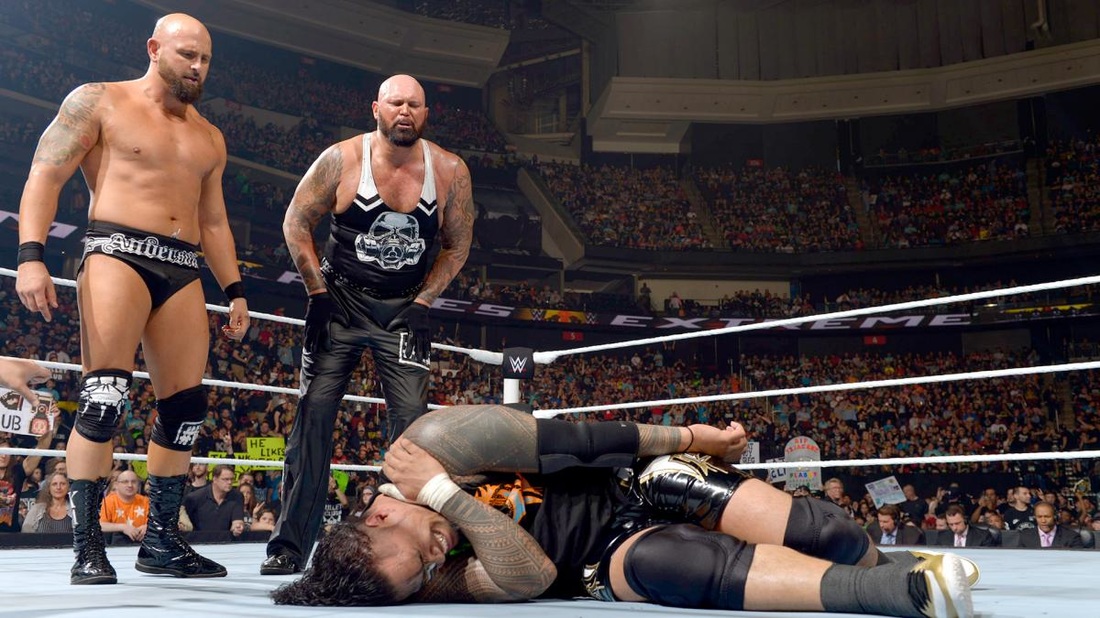