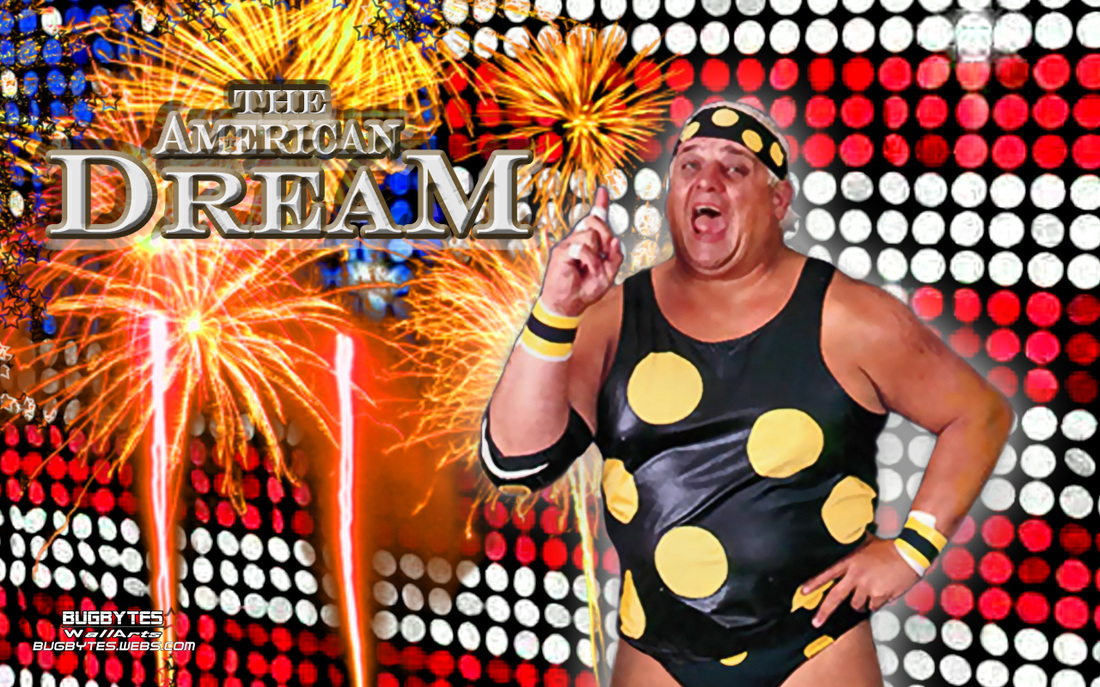 A tribute to Dusty Rhodes 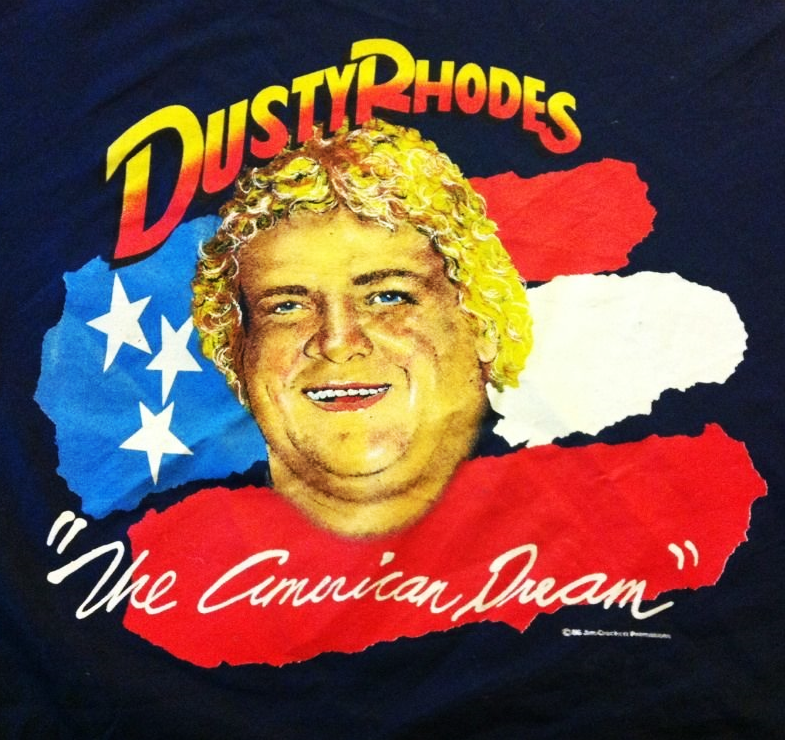 On Twitter Thursday, Paul "HHH" Levesque announced the passing of Virgil "Dusty Rhodes" Runnels Jr. He was 69. Rhodes was feeling dizzy and collapsed on Wednesday morning just before 6 a.m. and they called 911 and took him to the hospital.  He was doing better on Wednesday, but his kidneys shut down and he suffered other complications that led to his death.  He had been working and had not complained that anything was wrong the day before.

As far as an ability to work and control a crowd as a babyface, Rhodes ranks right up there with anyone at any point in pro wrestling history and was an unquestioned all-time great. 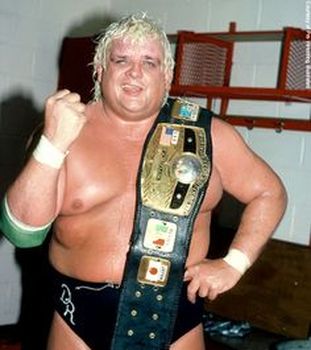 Let's look at the career of The Dream
Before the phrase “living the dream” became a marketing slogan, a power-of-positive-thinking motto, and a phrase bandied about by up and coming young wrestlers barely making enough money to pay the bills, it would have best been applied to young Virgil Riley Runnels Jr. - better known as “The American Dream” Dusty Rhodes.

Unfortunately, some younger fans have the image of Dusty Rhodes as the “fat guy in polka dots” from his WWF stint, beginning in 1989. Some just a little older, or who have dug a little deeper, think Dusty was the guy who was in the main events in the NWA because he was the matchmaker. To think of Dusty Rhodes in either way is to do a disservice to one of the biggest stars pro wrestling has ever created. 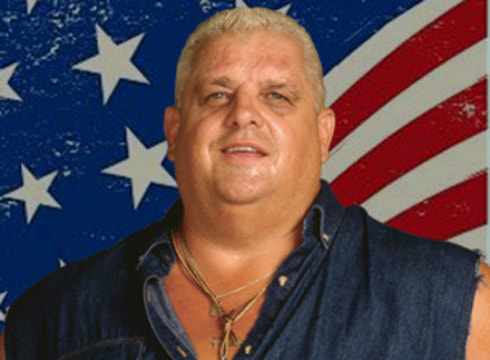 After a few years of knocking around the territories, Dusty became a star in wrestling in the early-1970s, teaming with Murdoch as The Texas Outlaws, and more than living up to the name. Working in Verne Gagne’s AWA, they were a main event heel team, working against greats like Dick The Bruiser and The Crusher, tearing the houses down with their wild antics.

But it would be in Florida in 1974 that “The American Dream” would be born, and Dusty Rhodes would become one of the biggest box office attractions in the game.
He told the fans that he was the son of a plumber from Austin, Texas, born dirt poor, and that he had worked hard all his life. He had remembered the words of an old black man that he had dug ditches with, named TC Lee, who had told him: “This is America. There’s a dream out there - get out of this ditch and live it!” He then told Gary Hart that his “Korean Assassin” was about to meet “The American Dream”.

In one promo, Dusty had made his career, and become a working class hero. As he later said, fans of any color and any situation loved him because “if this fat black man in a white man’s body, with a stupid-looking frizzy white afro could live the dream, well, so could they.”
In a short time, he was the most popular wrestler in Florida history, but he didn’t stop there; as WTBS in Atlanta became the U.S’ first “superstation”, seen all across the country in cable’s infancy, he dominated the Saturday night wrestling program, which was their highest-rated show. Promoters from all over the country wanted his services, and he was seen as a guy who could “talk people into the building” because of his showmanship and charisma.

Travelling all over the country as a main event star, working for multiple promoters, would be enough for some, but not “The Dream”. By the end of the decade, he was booking Florida as well, showing that he was serious about being a student of the business, and a protégé of Graham. By the time he had his first run as NWA World champion - breaking down another barrier, as he did not look like the traditional NWA title-holder - he was one of the top five money-drawing talents in the industry. He would go to New Orleans regularly for Superdome events promoted by Bill Watts, another booking protégé of Graham. And, most importantly, he would frequently be brought to the Carolinas for major Jim Crockett Promotions shows.
It was there, seeing the rabid fan-base, incredible television coverage, and major arenas in the territory, that he pitched Crockett the idea for a mega-show, held in Greensboro and shown to other cities, even other territories, via closed circuit television. It could be called Starrcade. Thus, on Thanksgiving Night 1983, a full year-and-a half before the first WrestleMania, the NWA’s biggest event of the year was born.

Dusty soon was given the job of booker for Crockett, as the wrestling landscape was about to change dramatically.
After Turner Broadcasting purchased Crockett Promotions, Dusty went to the WWF, and put on the polka dots. Watching today, and taken out of context, it’s obvious that Vince was screwing with him, but it’s not well remembered that even under those conditions, he was still over, even at almost 50 and with his weight out of control. The less said about most of his matches there, the better, and watching them in the years since led to a vast audience thinking that that was Dusty Rhodes. As I said earlier, that’s a disservice to the man.

It’s hard to explain the impact Dusty had to today’s fan - or even today’s wrestler. Can you imagine one of today’s writers in WWE sitting a young wrestler down and saying, “Here’s your character. You’re the son of a plumber from Texas. You used to dig ditches with a black man named TC Lee, and....” I’d love to see the faces on the people in the room if that idea was pitched.
Jim Ross Speaks on the passing of Dusty Rhodes
"Big Dust was a lifelong pro wrestling fan who parlayed his distinctive speech impediment and burly physique into one of the most charismatic pro wrestling personas of any era. In the ring, Virgil became Dusty, and outside the ring, the son of a plumber was also Dusty. Playing the role of a common man with a huge heart and no fear was easy for Dusty, because that's what he was.

The greatest performers in the squared circle are embellished replicas of themselves. Dusty Rhodes was simply cast as himself, and no one portrayed themselves better than The American Dream.

Dusty Rhodes was an innovator, a creator, a mentor and a performer the likes we will never see again in his star-crossed profession. The spirit and the legacy of The American Dream will live forever in the hearts and minds of everyone who heard him speak and watched Big Dust get "funky like a monkey" inside the squared circle.
Until we see each other again, may you rest in peace, my dear friend"
Ric Flair's statement on Rhodes' death
"Today I lost one of my greatest opponents and greatest friends.  He was the definition of heart and soul and I'm honored to have shared the ring with him countless times.  He became the American Dream because wrestling needed a hero they could respect, and he was the man for the job.  Dusty Rhodes, I will miss you my mentor and friend."
Tully Blanchard's statement
Dusty was truly one of the innovators and icons of the wrestling business during my era. There were a lot of talented guys but there were few guys that were superstars. Dusty was one of those.

He could talk. He had the charisma that very few people ever had. And he could carry that on not just on the microphone but in the ring. I’m just fortunate I got to spend the last four years of my career wrestling against him and being part of many, many, many great matches.

To me, he was the key booker, TV producer of a revolutionary movement that changed a profession. That’s pretty legendary.
Rhodes didn’t invent the switch finish — it had been around since the earliest days of staged matches. And sure, the ending can be used to excess. (Rhodes and Flair performed a Dusty Finish as early as a Mid-Atlantic championship match at an untelevised show in Richmond, Virginia, in 1976.) But in the hands of Rhodes, it was a thing of beauty.

If Dusty the booker relied too much on screwy finishes, it was because he underestimated how uncommon Dusty the wrestler was. It worked because we wanted so badly for Dusty to win, and because on some level we believed it wasn’t possible. It worked because Dusty’s appeal was about the quest rather than the destination. It worked because the fans related so closely to Dusty: The trajectory of his career was an endless flat, always a notch beneath the ultimate goal. It reminded many fans of their own lives.
Success wasn’t a straight line for Dusty. He got the girl then lost her. He reached the pinnacle of the NWA and then got reintroduced to the bottom in the WWF. He won the title and lost it and won it again and lost it and won it again and lost it. But the story of Dusty Rhodes — the point of the Dusty Finish — wasn’t failure. It was aspiration. It was the quest for — yeah, I’ll say it — the American Dream. Dusty was a symbol, and through him, we all tasted the dream.