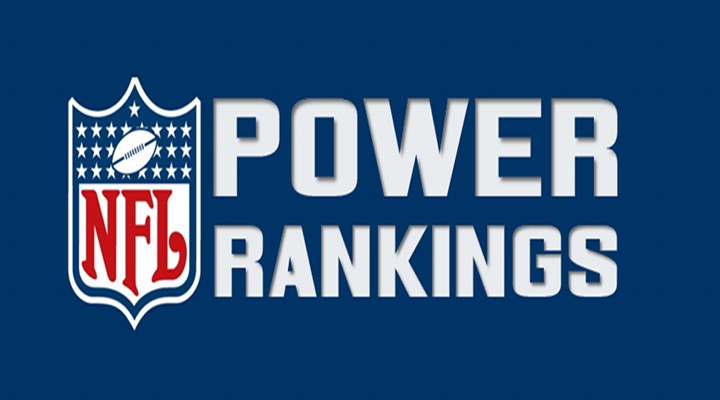 Today I reveal my weekly NFL power rankings heading into week 4 of the 2016 season. I will take into account everything I know about these teams, and give heavy consideration to what was displayed on the field so far this season. This gives an accurate assessment of where teams are at in my opinion. 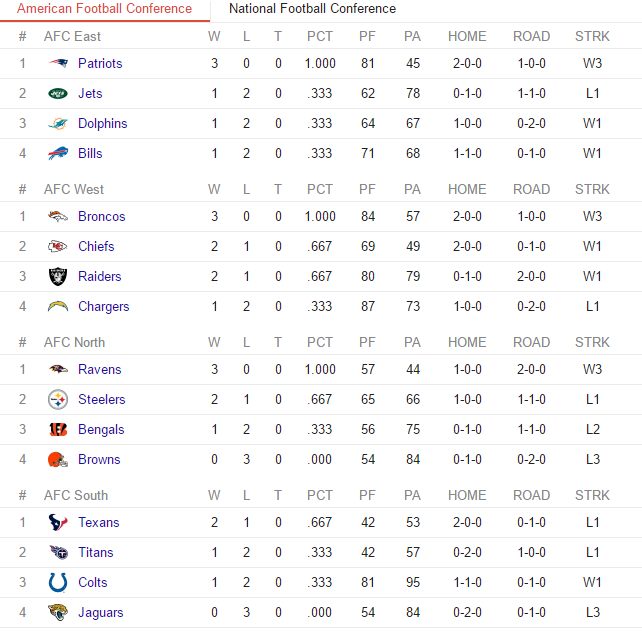 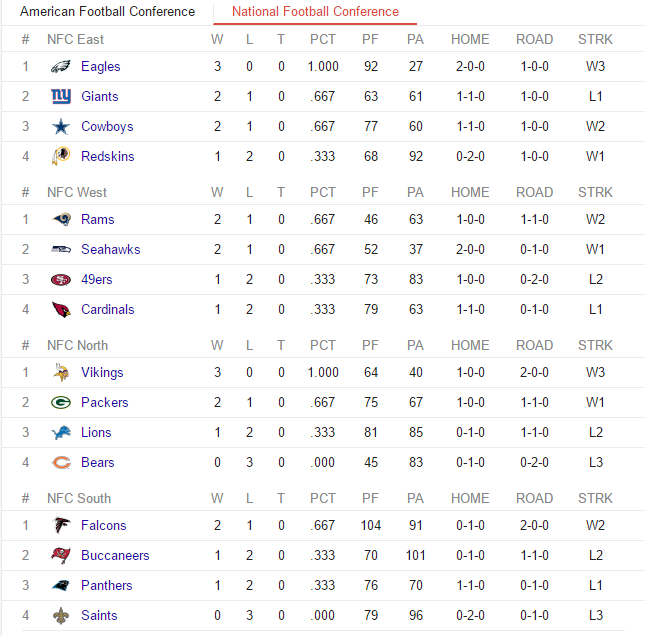 1. Denver Broncos - (1 Last week)
If Trevor Siemian can play like he did at Cincinnati this team will be tough to beat. He might not be sitting down for a while.

2. New England Patriots - (2 last week)
Does it matter who plays quarterback? Bill Belichick is putting on a coaching clinic. The defense has a chance to be really good.

3. Minnesota Vikings - (5 - last week)
This is a team that will be carried by the defense. That was a special game at Carolina.

4. Philadelphia Eagles - (12 - last week)
Carson Wentz is off to a great start, but give some love to the defense. That unit has been impressive.

5. Green Bay Packers - (8 - last week)
They head to the bye feeling much better about their offense. Aaron Rodgers came alive against the Lions.

7. Pittsburgh Steelers - (3 - last week)
What happened against the Eagles? Where was the offense? At least they get Le'Veon Bell back this week.

8. Kansas City Chiefs - (13 - last week)
At 2-1 they face a tough test this week with a Sunday night road game at Pittsburgh. The way their defense played against the Jets, they look ready for it.

9. Carolina Panthers - (4 - last week)
They are 1-2 and coming off a bad home loss to the Vikings. The offensive line was abused.

10. Atlanta Falcons - (18 - last week)
Matt Ryan has been on fire the first three weeks. They have a big division showdown with the Panthers on Sunday.

11. Seattle Seahawks - (14 - last week)
They face a long trip this week to play the Jets, but at least the offense showed some life against the 49ers. Russell Wilson's health bears watching.

12. New York Giants - (7 - last week)
They now trail the Eagles in the division and face a tough road game at Minnesota. The defense wasn't the same against the Redskins.

13. Dallas Cowboys - (16 - last week)
Will there be a quarterback controversy when Tony Romo is healthy? Rookie Dak Prescott sure is playing well.

14. Houston Texans - (6 - last week)
Just when you think it's time for this team to take a big step forward, they lay an egg like they did at New England last Thursday.

15. Oakland  Raiders - (17 - last week)
The defense finally played well at Tennessee to get them to 2-1. Now they face the undefeated Ravens in Baltimore.

16. Cincinnati Bengals - (9 - last week)
Their three-game schedule has been a tough one. It gets a little softer against the Dolphins on Thursday.

17. Washington Redskins - (23 - last week)
They might have saved their season by winning on the road against the Giants. Now let's see if they can win two straight.

19. Arizona Cardinals - (10 - last week)
They have to be concerned with their start. At 1-2, they are one of the early disappointments.

20. New York Jets  - (15 - last week)
They can't make the playoffs if Ryan Fitzpatrick doesn't pick it up. He was terrible against the Chiefs with six picks.

22. Jacksonville Jaguars - (17 - last week)
They head to London this week to face the Colts at 0-3. They do still have six games against division teams.

23. Detroit Lions - (24 - last week)
Two consecutive losses have them at 1-2 and you have to think coach Jim Caldwell could be in trouble if they don't get it going.

24. Indianapolis Colts - (26 - last week)
They won their first game with a late touchdown against the Chargers, and now must go to London to face the Jaguars

26. Buffalo Bills - (30 - last week)
They showed life in beating the Cardinals in what could be a season saver. Maybe firing Greg Roman was the answer -- for now.

27. Miami Dolphins - (27 - last week)
After a hard-fought overtime victory against the Browns, they have to go to Cincinnati on a short week. That won't be easy.

28. San Diego Chargers - (20 - last week)
At 1-2, they have lost two tough games on the road. They have the look of a team that will be a tough out every week for the opponent.

29. Tampa Bay Bucs - (22 - last week)
Jameis Winston is rolling up big numbers, but the defense isn't good right now. That will be a season-long problem.

﻿30. New Orleans Saints - (29 - last week)
They can't stop anybody with that defense. It will be a season-long problem.

31. Cleveland Browns - (32 - last week)
At least they are competing. If they made one of their three missed field goals against Miami, they probably aren't in this spot.

32. Chicago Bears - (31 - last week)
They've had so many injuries early this season, which is partly the reason they are 0-3. It's going to be a long season.