By: Larry Causion Jr.    CausionCreations.com
Posted: Sunday, August 30, 2015
Leo Santa Cruz and Abner Mares, two popular Mexican sluggers who don't like each other, beat the hell out of one another last night in LA.

Premier Boxing Championship on ESPN delivered last night and they presented an instant classic between two fighters who went out there and threw hands from the opening bell. 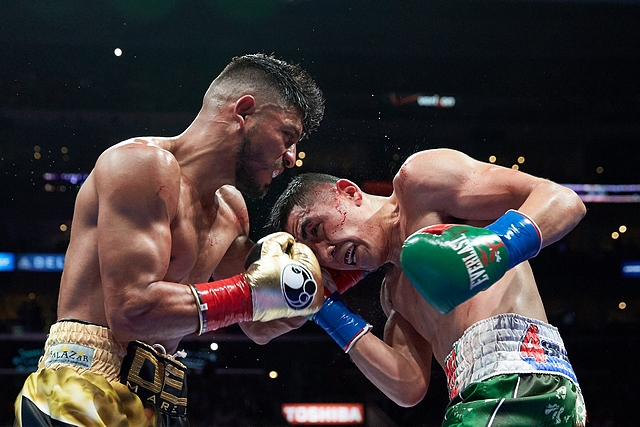 Mares and Santa Cruz, two featherweights, threw so many punches, it was hard for the crowd to keep up. You could tell that the two really don't like one another.

I just knew it would be impossible for them to keep up that pace over 12 rounds, but I was wrong. Traditionally, Mexican fighters have always been able to throw alot of punches and put on great fights. This was great.

Neither man was ever knocked off his feet, but Mares was rocked a few times late, mostly from an overhand right that Santa Cruz continuously landed behind the jab.

Mares’ face looked the worse when the fight was over; his eyes were swollen and he had cuts around his left eye. Santa Cruz wasn’t as fresh, either; he was lumpy as well. But Mares’ face told the greater tale.

Santa Cruz came from behind to win most of the later rounds, when Mares appeared to wither. Leo’s jab was the key to the fight. 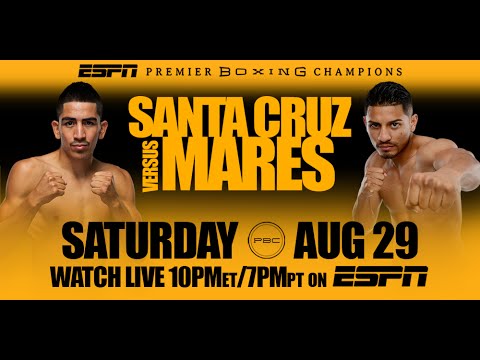