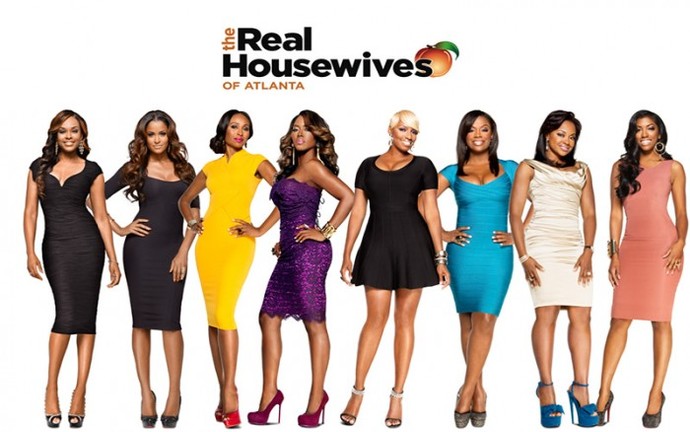 MY TAKE: Why I refuse to watch
​Real Housewives of Atlanta

By: Larry Causion Jr.    CausionCreations.com
Posted: Tuesday, March 10, 2015
Let me start by saying, I watch everything. And I mean EVERYTHING.

As many know who follow me on social media, and as you will soon find by following Causioncreations.com, I don't discriminate when it comes to watching television. While I may be one of the most knowledgeable and avid sports followers there is, I watch VH1 on Monday night's like it's Monday Night Football.

I guess it dates back to the years of growing up watching soap operas at my grandmothers house. Monday through Friday at Jean Causion's house, between the hours of 12:30 - 4:00, you better believe you had no choice but to be introduced to the CBS soap opera lineup. The Young and the Restless, The Bold and the Beautiful, As the World Turns, and my favorite, Guiding Light. That's what she watched, so that's what we watched.

Now of course, this was before I was informed that boys were not supposed to be watching soap operas, because they were for girls. Well not in my family. A TV show has never and will never define my manhood. I just like TV!

So fast forward to the Reality TV era. Anything you are interested in, they have a show about it. Well one day I came across a show which featured former Baltimore Raven linebacker, Ed Hartwell's wife on it. Yes, Lisa was the reason I began watching. The show was about women who were married to men of prestige in Atlanta. Well, so I thought.

So I started watching it, thinking that there was a chance more famous people would appear on the show. I quickly realized that this show was one of the funniest reality shows I had ever seen. And my favorite character quickly became Ne Ne Leaks.

Ne Ne is a fast talking, take no mess type of strong black female who says what she wants, when she wants, and doesn't care who doesn't like it. I became a regular viewer, just to see who was going fight and argue next time. It was hilarious to me.

But after following The Real Housewives of Atlanta from seasons 1-6, I finally decided enough was enough. At some point towards the middle of season 6, I really had no desire to watch a show that used to be pretty naturally entertaining, but now was smacking me in the face with obvious concocted stupidity.

The show has transformed into a parody of itself. Ne Ne let the fame go to her head and now is on a mission to prove to everyone how famous she is. Why, I have no clue. The on a again, off again friendship with Kim was the best part of the show in my opinion. Once that ended, the show should have been canceled.

Kenya Moore, the former Ms. America or Ms. USA, (I couldn't care less which one) is so jealous and envious of any and everyone else on the show that each episode is regulated into a fight over absolutely nothing.

Phaedra Parks, though hilarious with her multiple catchphrases, has become a walking parody of herself. She shouldn't even want the spotlight shined on her after all the truth came to the light about her husband Apollo. Why not go handle your business in private. Instead you put it on camera for the world to see. Money talks.

Kandi Burruss...... I don't really know what her purpose is. Her mother though? Gangsta.

Cynthia Bailey may be the most pathetic human being on the cast. The definition of weak. She was Ne Ne's puppet for years and now I hear she's following someone else. I don't know cause I quit watching.

It's terrible. This is the problem with Reality television that simply follows peoples lives. It has to have a shelf life of five years or less or it will become nothing more than manufactured television.

At this point they are simply playing characters on TV. No realism, no genuine motives. They are now famous for being famous. They argue because it will make good TV.

Not something I will spend my time watching any longer. Pathetic.

So you might be saying that I'm a hypocrite because I watch Love and Hip Hop and Black Ink. Well, in a few seasons, if they jump the shark, I will quit watching those shows too.