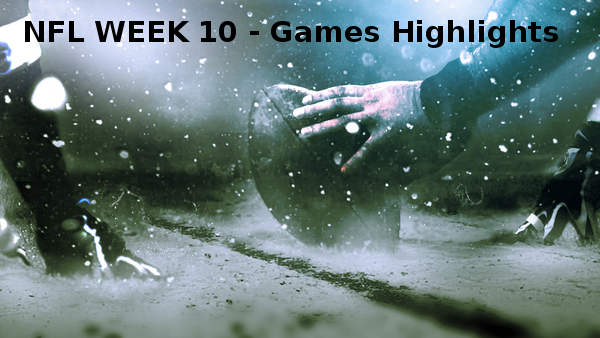 ​Check out my thought's on some of the main headlines from around the league on Sunday. Big match ups and tight contest were entertaining.

The Carolina Panthers are still unbeaten, after defeating the Tennessee Titans on Sunday. Cam Newton was efficient and the defense imposed their will on Marcus Mariota.

There was controversy about Newton celebrating after his touchdown score, but that's what he does. Its not new. If you don't want him to celebrate, stop him from scoring.

Dolphins pull out a big win on the Road

The Eagles held a comfortable lead over the Dolphins, but Miami came charging back to pick up a huge victory, which keeps them alive for a wild card. The Eagles just keep squandering opportunities to create some separation in the NFC East. And now Sam Bradford may miss some time. Tough lost.

The Vikings atop the NFC North

The Minnesota Vikings are for real. Adrian Peterson is clearly the comeback player of the year, but he is also putting his name in the hat for the MVP as well. Peterson ran for 200 yesterday and the beat a very good Oakland Raiders team, on the road. Teddy Bridgewater was gutsy, playing just a week after he left the game against the Rams with a head injury. Very big win.

The Giants gave the game away. I don't care what anyone says. The Patriots were beaten. They were done. All Eli had to do was run the ball a few times, kick the field goal, then make Brady drive the ball down to field goal range with no Julian Edelman. Bit no, these idiots come out and throw the ball three times, give the Pats 2 minutes to go down and kick the game winner. Smh. Then they dropped a sure fire interception on the play of the last drive. Pathetic.

I give Brady and the Patriots credit as they do whatever it takes to still be unbeaten. But that lost was on the Giants.

Manning may be done

Peyton Manning was absolutely horrible yesterday. 4 interceptions, and was finally benched. He should have never been on the field if he was that hurt. Give the Chiefs credit though. They beat up teh Broncos, and absolutely exposed that defense.

If this is Manning last season, as many believe it is, I would hate for him to go out like this. But I also don't want him him to hang around looking like shit like Bret Favre did all those years. He deserves better.

Cardinals are the best in the NFC West

The Arizona Cardinals went into Seattle and beat the Seahawks. And honestly, doing so isn't that big of a deal anymore. Let's face it, the Seahawks are not that good. They live off of intimidation and prestige, but in reality, are not the big bad bullies they used to be. We have seen Green Bay, Detroit, Carolina, and Arizona all go into Seattle and outplay the Seahawks.