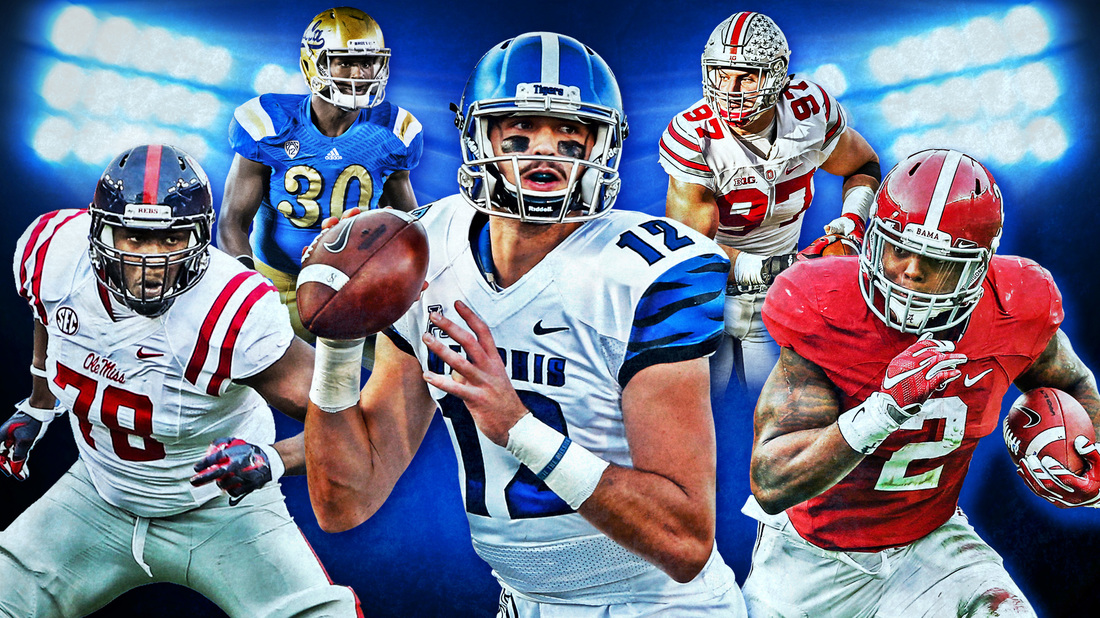 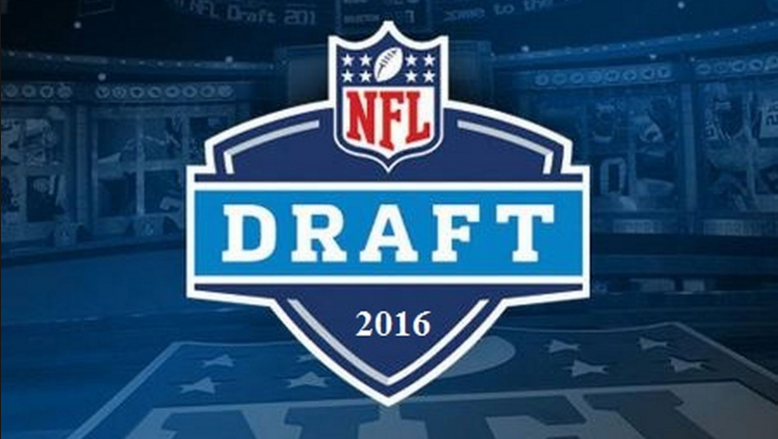 Alright, finally after months of analyzing, predicting and pretty much guessing, tonight we will find out who will be drafted in the 1st round of the 2016 NFL Draft. More importantly for Baltimore Ravens fans, we will see what the brain trust has decided to make out priority: Need or best player available.

Traditionally, the Ravens have been a best player available drafting team. But what is very unique about this draft is the number of quality highly projected players that will be available when the Ravens number 6 draft selection goes on the board tonight. With it being almost a known fact that the Los Angeles Rams and Philadelphia Eagles will select Carson Wentz or Jared Goff with the first two picks of the draft. That really changed a lot and opened up so many options for picks 3-5, before the Ravens pick at 6.

So today, I give my thoughts on who I think the Ravens should be targeting at number 6, given different scenarios that may take place ahead of them. 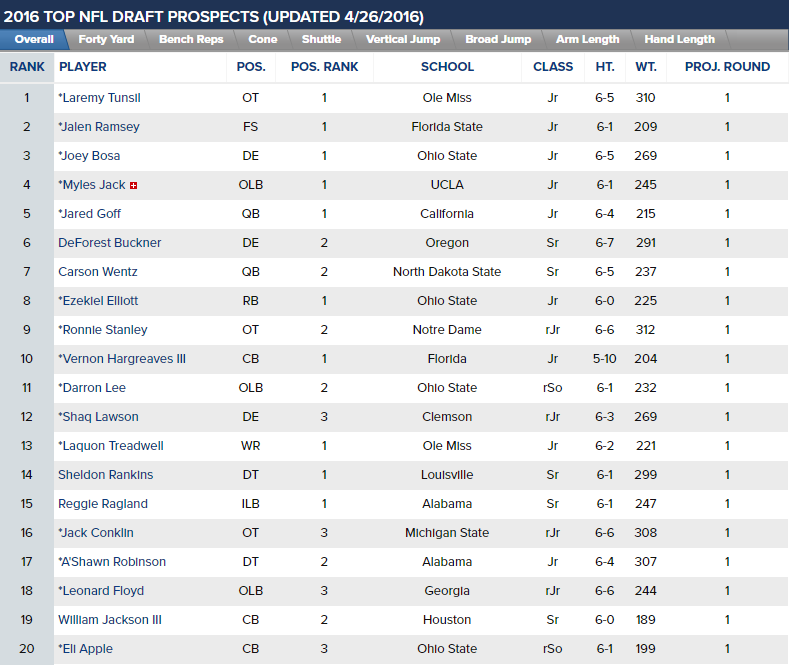 Me personally, I have no desire to draft an offensive lineman at number 6. NONE!! If the Ravens pick Laremy Tunsil or Ronnie Stanley, they might quite possibly have a great lineman to protect Joe Flacco, and of course that is great. But I believe they can address this issue later in the draft or in free agency. We have glaring issues that can be addressed with a high impact selection at number 6. Plus we all remember the last Ole Miss offensive lineman we drafted...... Smh.

If Ramsey is there, Take him

There has been a lot of talk about the Chargers taking Tunsil at number 3, which would leave defensive back Jalen Ramsey for the Cowboys at number 4. But there is also a great chance that Dallas will pick up Ezekiel Elliot at number 4. If this is the case, there is a huge chance that Ramsey falls to the Ravens at 6. If he is available, the Ravens will have no choice but to take him, as our secondary was horrible last year and needs a big time impact player like Ramsey.

The problem is, I highly doubt he makes it that far. Ramsey will be gone before 6 and if he's not, someone will be looking for a new job pretty soon in those organizations who let him pass by.

Don't get me wrong, Elliot is a great talent and was a workhorse at Ohio State. But the Ravens should not be signing a running back at number 6, with all the holes they have on defense, and with Justin Forsett and Buck Allen currently on the roster. Plus Elliot was no Derrick Henry and you can get him later.

Say no to Bosa

Clearly Joey Bosa has been the most highly scrutinized player in this draft and many have fallen out of love with him. But for me, I have nothing against him personally, as the tape I have seen on him looks for very good. I just don't think he's the right fit for our 3-4 scheme. He hasn't shown me the versatility of what I want to see out of my defensive ends, and he doesn't appear to be the type of guy to play outside linebacker. Great talent, just not the right fit.

Take the Chance on Jack

I know there are questions about his knee, but after all the research I have done, there is nobody who fits what I know the Ravens need more the linebacker Myles Jack. This guy is so versatile and athletic it would be unforgivable if he turns out to be the great player many have predicted him to be, and the Ravens passed on him. The Ravens currently have no inside linebacker to play next to CJ Mosely. Also, Jack can cover any tight end, and slot receiver and play safety as well.

​But the injury questions are legit and a new report by NFL.com states that the repair of the lateral meniscus that tore off the bone when he suffered the injury in September is not the issue. Instead, the cartilage and bone have begun to separate, creating what is referred to by medical professionals as an osteochondral defect.

If or when the bone and cartilage fully separate, Jack will need to undergo another procedure and it will keep him out for a prolonged period of time. One possibility is microfracture surgery, though there are other options that teams have discussed.

So that leads me to believe he will fall to a good team late in the mid to late first round and they will reap the benefits of taking the chance on him. Smh.
So there you have it. I would take the chance on Myles Jack, but I would be happy with Jalen Ramsey if he were to fall to the Ravens. Other than that, trade back to later and get more picks. Just my opinion.