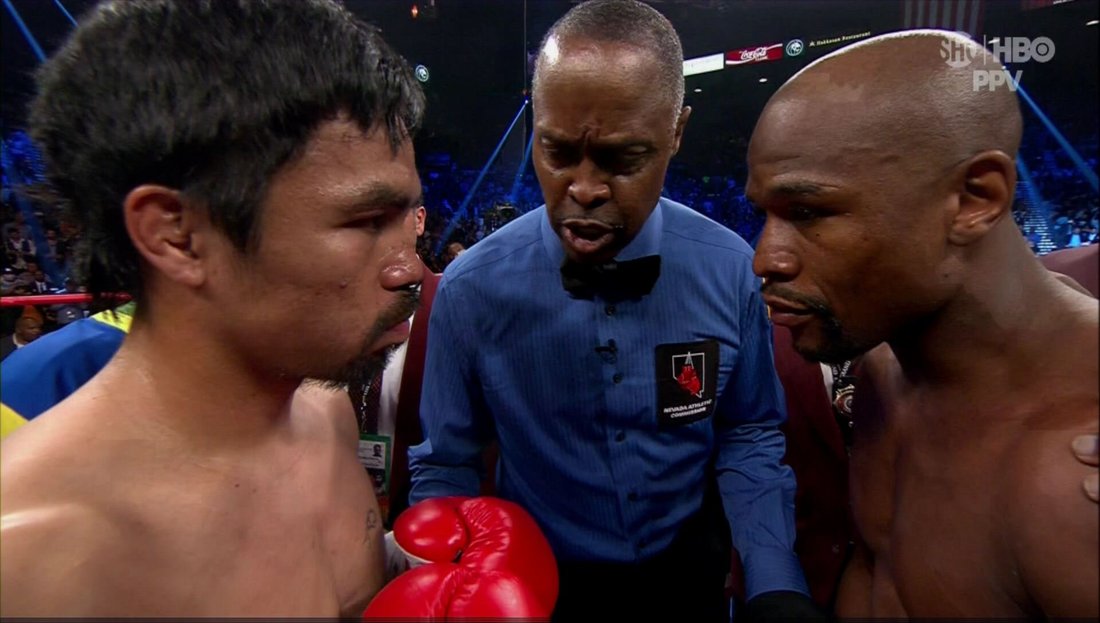 Floyd RAN for a Reason

By: Larry Causion Jr.    CausionCreations.com
Posted: Thursday, March 12, 2015
Let me start this by saying, I respect the skill level of Floyd Mayweather Jr. The guy is one of the best technicians the sport has seen in the last 20 years. I will never take anything away from his boxing intelligence, or ability to tactfully execute a masterful game plan.

One of the many arguments posed to discredit the unblemished record of Mayweather is the level of competition he has faced. More specifically, the timing of those bouts.

But to to me, that argument holds little to no weight, as Floyd has beaten everyone, well, except the obvious omission.

Early on in his championship run, the hype machine started praising Floyd like he was the next big thing, but I needed to see more. It wasn't until I watched Floyd utterly dominate Diego Corrales, that I was convinced and even I called him the next Roy Jones Jr. He was quick, illusive, and impressive. A true ring general, even at a young age.

In 2009, negotiations began for a mega fight between Mayweather and Manny Pacquiao. Pacquiao was regarded as one of the best pound for pound fighters in the world at the time, and a huge debate ensued over who would win a fight between the two top fighters.

By all accounts, the deal died because Floyd insisted that Pacquiao take blood tests the week and day of the fight, insinuating that Manny was fighting dirty.

Taking a blood test the day or week of a fight is not a normal practice in pro boxing, and by Floyd insisting on that stipulation and constantly inferring that Manny was on some type of performance enhancing drug, the negations for the fight turned into a nasty back and forth war between Manny's representation, Bob Arum, and Floyd's representation Golden Boy promotions.

From 2009 to 2015, several excuses have been stated to justify why this fight has not transpired. But ultimately I believe it's all about one thing, money.

Floyd "Money" Mayweather is undefeated, 47-0. That is his legacy. The drug test, the 60/40 split, the knockout loss Pacquiao suffered at the hands of Juan Manuel Marquez, and the issues with Bob Arum were all valid reasons in Floyd's mind that he should not have to fight Pacquiao.

But I know better. Floyd simply did not want to lose. You may call it running scared, some may call him a coward, I call it a business decision.

In 2013, Floyd signed a 6 fight deal with Showtime paying in the area of 250 million guaranteed dollars. Yea, that deal would have never happened had he signed for the fight with Pacquiao in 2009, and lost.

The undefeated Floyd Mayweather has everything to lose by taking this fight with Manny Pacquiao. If he goes out and is out boxed for 12 rounds, and loses a decision to Manny, or if he gets knocked out, his stock plummets.

But Floyd has also put himself in a position where if he beats Manny on May 2, people will say he fought him 3 years too late. People will still question if Floyd ran and only took the fight once he felt Pacquiao was vulnerable.

For Floyd, he really has nothing to gain.... well, except money.

This fight will make the most money of any fight in the history of the sport, without question. The intrigue is still there. People who say they don't care anymore, were never boxing fans to begin with. This is the fight to see. This is the match up we have all been waiting for.

No more running for the money, Mayweather. 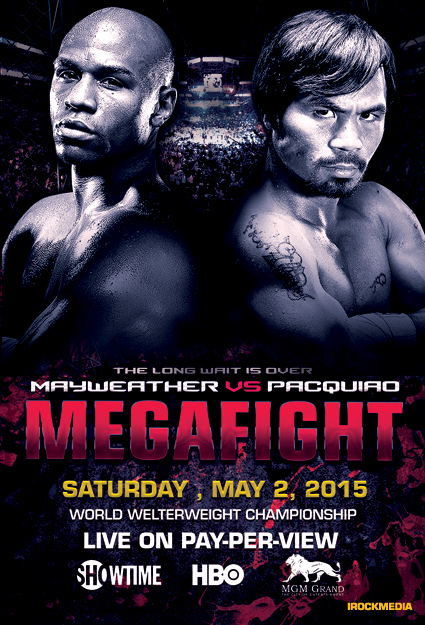