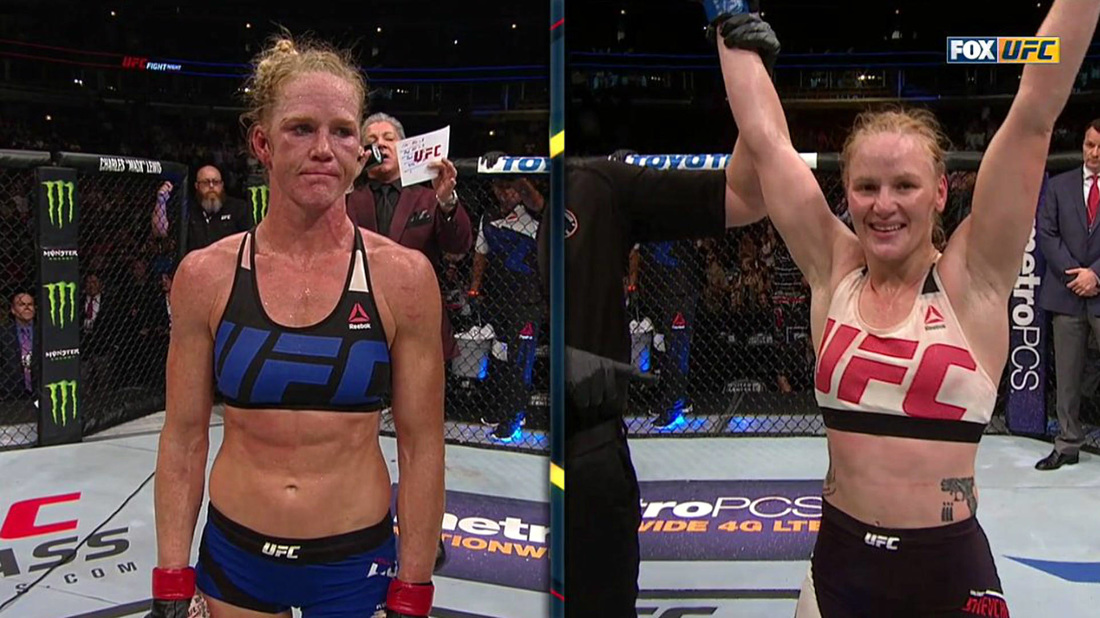 Ok, Ok, Ok. I give up trying to makes sense of this foolishness. What the hell is going on. Are you Sports, or are you entertainment? Pick one!!! Because it seems to change with the wind with the UFC. One day they want to book fighters against opponents with notoriety and who will draw the most attention, and therefore money, against them. Then other days they book fights according to contender rankings and who earned the next fight. i just want these idiots to be consistent.

This past Saturday night, Holly Holm entered the Octagon to face Valentina Shevchenko in the Main event on FOX. In all honesty, what the hell did Holm have to prove by facing Shevchenko? Absolutely nothing. Holm was already a made woman!!! 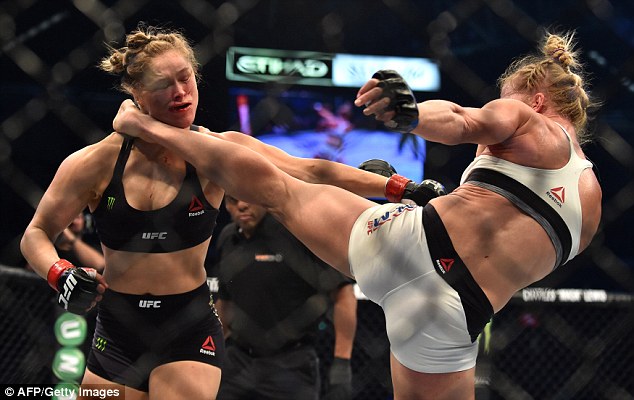 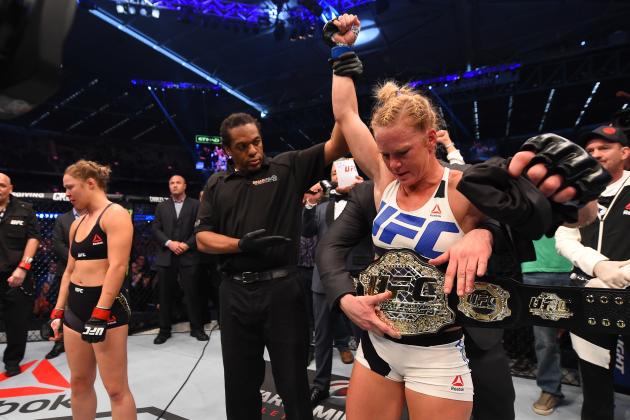 Last winter, we saw Holm shock the world and manhandle and dominate the undefeated phenom, Ronda Rousey, to become the Bantemweight champion. Holm was on top of the world. Many thought the natural next move would be to sit Holm until Ronda was ready for a rematch at UFC 200, and it no doubt would have done Monster business.

But once it was discovered that Ronda had no interest in rushing back to the cage, I understood that why the UFC had to make the call to find another opponent for Holm. And no doubt about it, there were only two opponents worthy to be added to the equation and they were Cris Cyborg and Miesha Tate. Cyborg is who the UFC would have wanted in a perfect world, but she can't seem to understand that if you want to fight the best fighters, you actually have to make the weight the division requires. Smh. She is the perfect example of wasted money and potential.

The other option was Miesha Tate. Tate was on the verge of retiring back in September of last year when the UFC made the call to give her title shot that she earned, to Holly Holm instead. Tate was furious and felt the UFC deceived her. It was reported that Rousey felt Tate didn't deserve another shot. Which only added fuel to the rivalry between those two.

But now, the UFC decided to go with Holm vs Tate for the title. And this happened.... 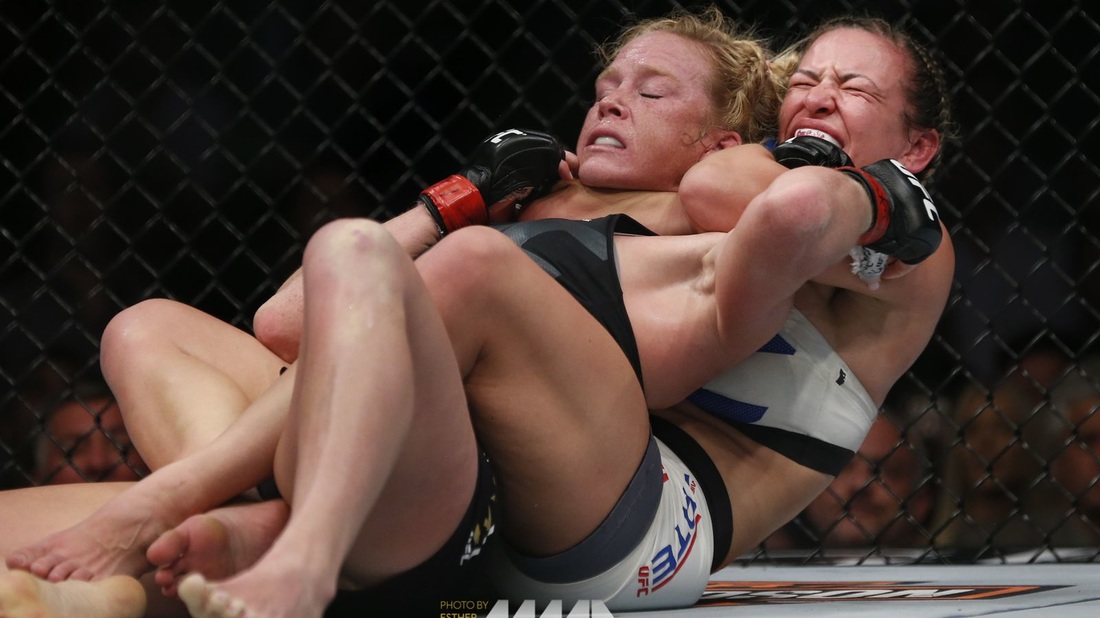 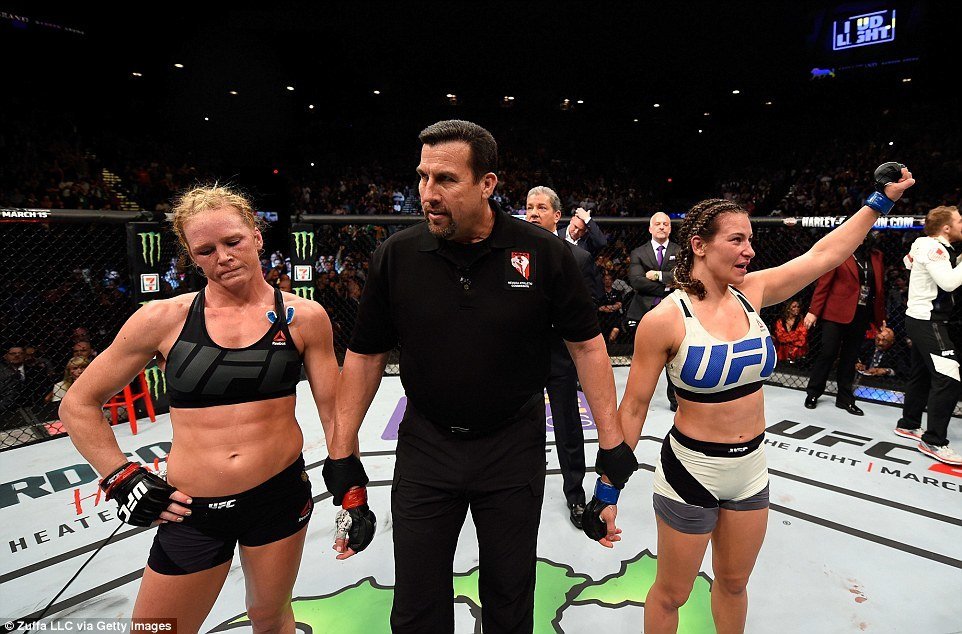 It was a fight that Holm was winning and should have cruised to victory in. But she got caught in that rear naked choke and couldn't escape. Tate was crowned the new champion. Many immediately panicked and thought that this ruined the Rousey vs Holm rematch. But I said, hell no, it only adds another fight to be made!!! Now you could book Holm vs Rousey 2, Holm vs Tate 2, and Rousey vs Tate 3!!!! All money fights. The UFC was sitting on a gold mine. Not to mention rubber matches after that in the case of Holm vs Rousey and Holm vs Tate. What more would you need. Nobody else needs to be entered into the equation!!! Well, then these idiots book this.... 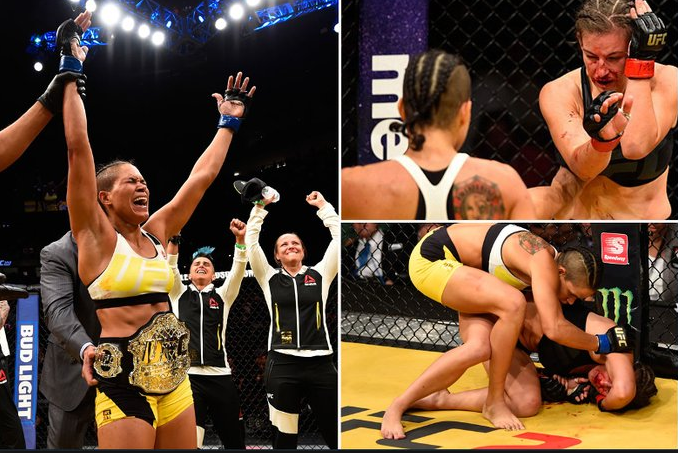 At UFC 200, the UFC booked Miesha Tate to defend her title vs Amanda Nunez. What!?! Where the hell did that come from? No disrespect to Nunez, but why wouldn't you book the Tate vs Holm rematch at the very least? Why enter another person into the equation, especially someone who has never proven to be a draw or have any type of following?

Well, Nunes went out there and destroyed Tate in the first round to win the bantamweight title. The fight made no sense to make, given the business potential of Tate vs. Rousey and Tate vs. Holly Holm being risked and how much less the division would mean with Nunes on top right now. So for business, that result was a worst case scenario. It wasn’t so much that Tate lost, as everyone loses, but she got killed. Holm was winning and got caught in a choke. Shit happens. But Tate was beaten from pillar to post by someone fans saw as not that good.

So like many, I am still puzzled why they even booked that fight at UFC 200. Especilaly since Holm was clearly ready to go. She wasn't injured, and they even booked her to fight a few weeks later against a damn near unknown, Valentina Shevchenko. Th rationale given was they figured both Tate and Holm would win their fights and pop a few buy rates or ratings solo and they could book that fight later. Sure, in theory that sounds great. But this is MMA not the WWE. Shit is real. These are world class fighters, who all are trained to win. And in case you didn't know, Valentina Shevchenko is a world class fighter and champion in Muay Tai. She wasn't coming out there to play. She came to win. 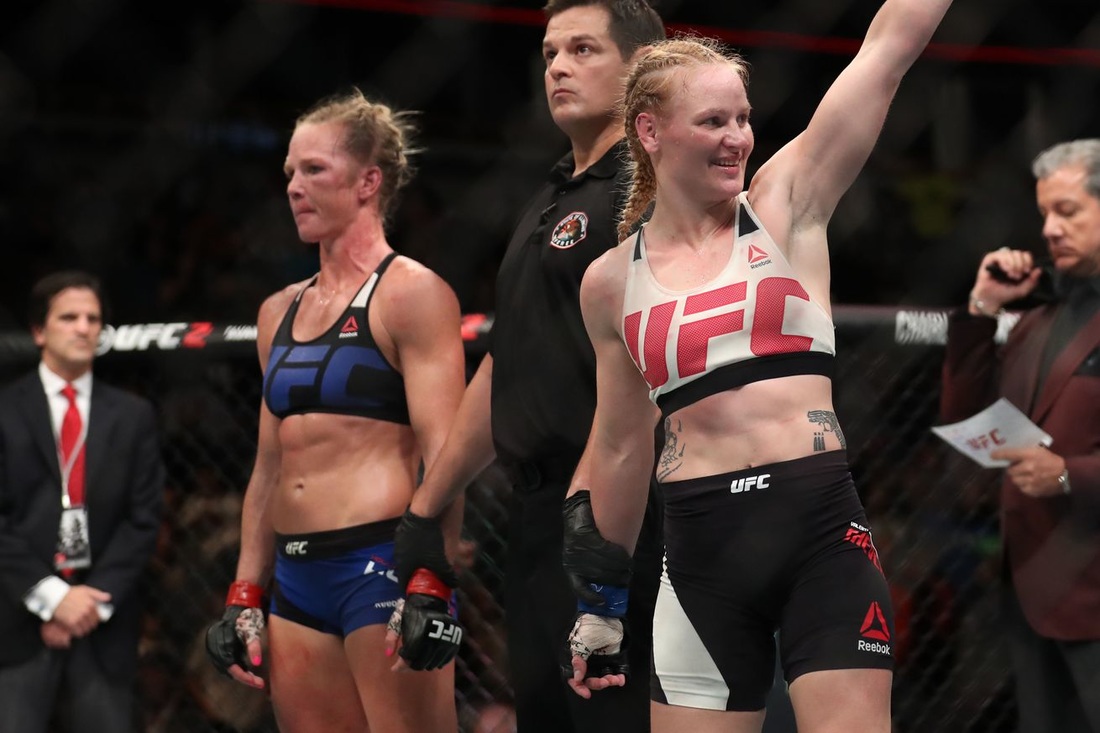 And win she did. She didn't dominate Holly Holm, but damn near. She out boxed her, and beat her to the punch time and time again. Make no bones about it, this was bad for the UFC. They were bank on Holm winning and at the very least she would go on to challenge Amanda Nunez for the title. In their perfect world, Holm would win the title back then they could set up the Rousey rematch for early 2017. That fight clearly was the biggest money fight the company could make, with the men or women.

But now, all of that is severely hurt. Sure, Ronda coming back to avenge her lost is still a big fight. But with Holm having lost every fight since that fight, what will it really mean. I just don't like how they handled everything. Tate looked bad. Real bad. And that lost will hurt her rep. Three big fights were in the palm of their hands and for reasons that will never make sense to me, they decided to flush them down the toilet. For what?

As I said earlier, make up your mind. Are you booking for the best big money fights, or are you following a arbitrary ranking system? Clearly they don't even know. In the mean time, they are hurting the potential of their product. As a fan, I'm not happy about it. 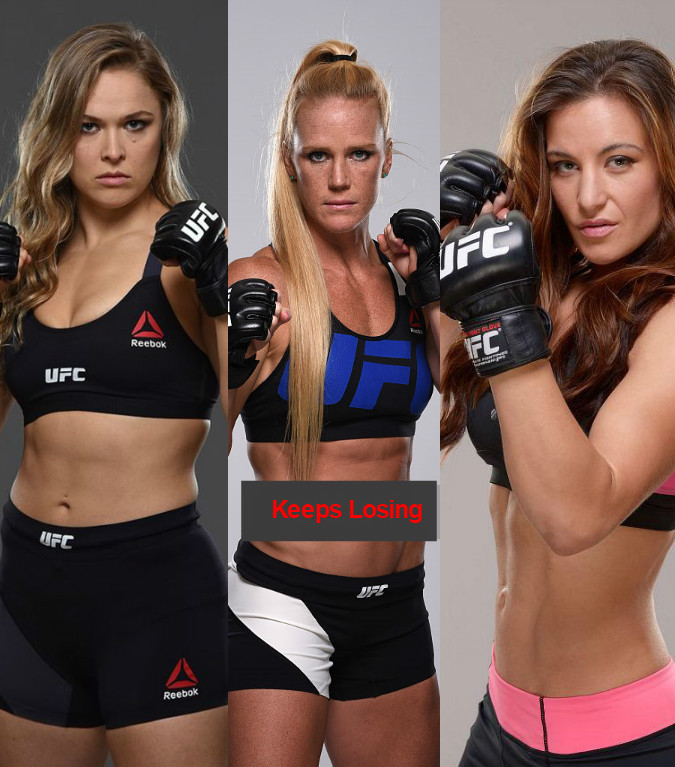