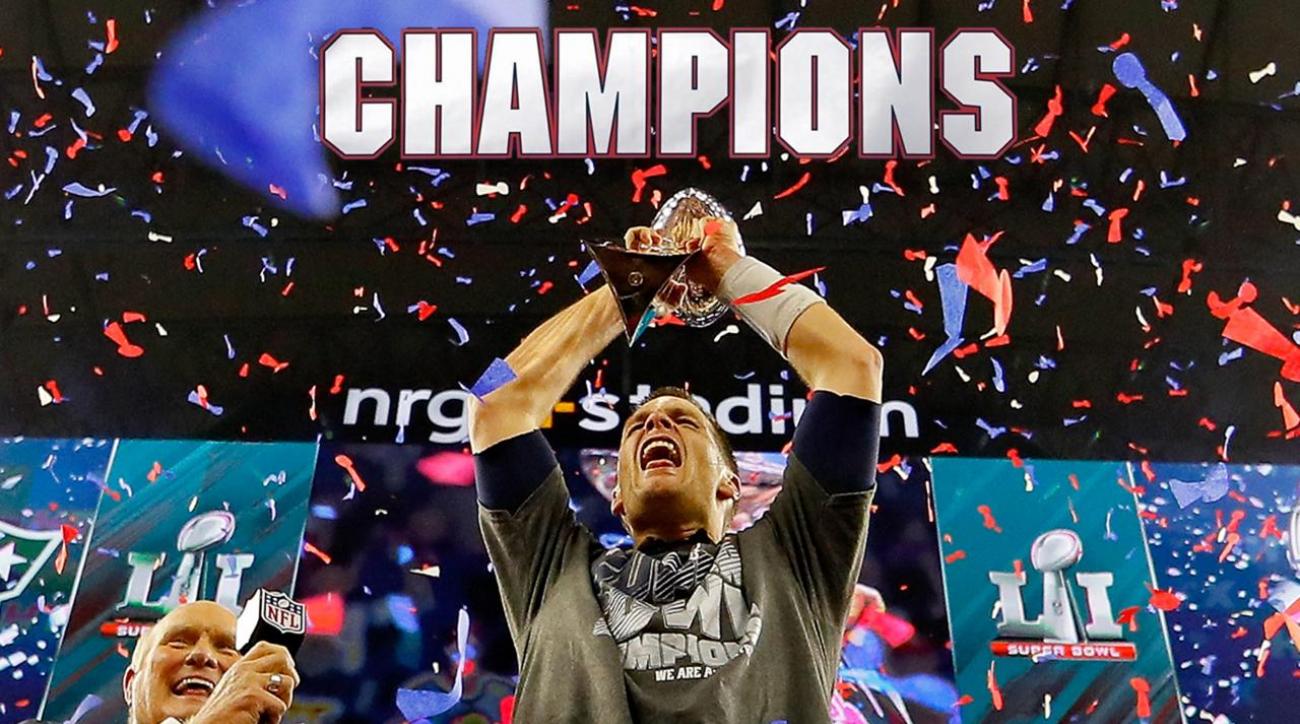 The 2016-2017 NFL season was littered with uninspired, underwhelming football, and it really left a bad taste in the mouths of many fans, which speaks to the decline in ratings the NFL experienced. But on last Sunday night, the NFL season culminated with the most dramatic and shocking game we have seen all year. Though they were a strong favorite all year, the New England Patriots were able to conquer all adversity and capture the Lombardy trophy... again. 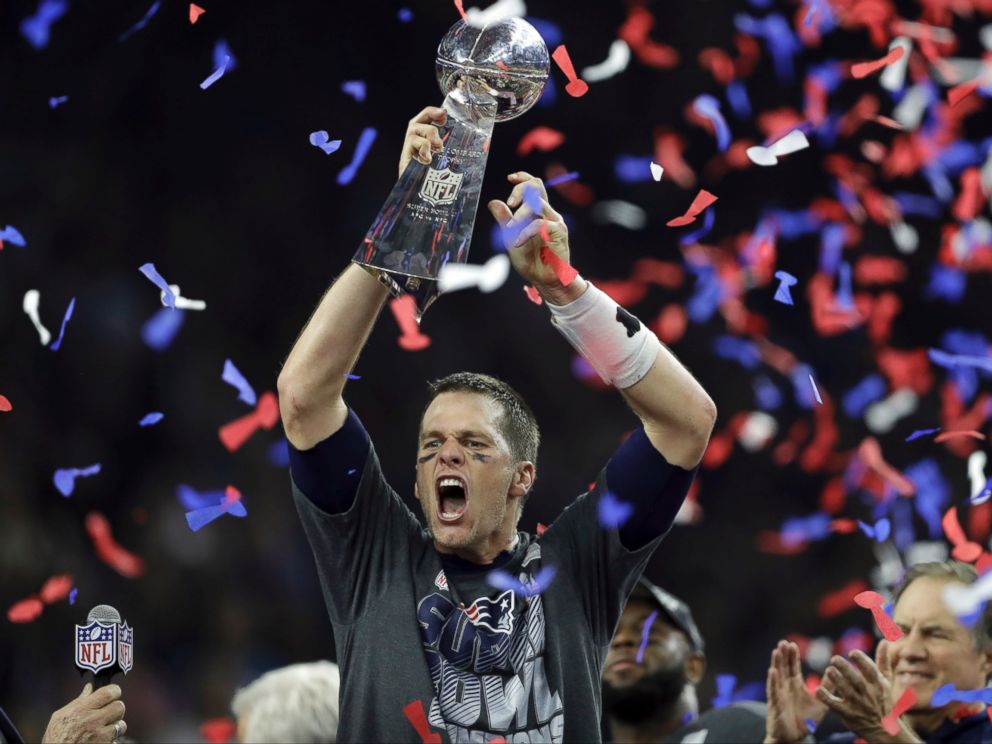 Down 28-3, late in the 3rd quarter, the New Patriots, led by the Superbowl MVP Tom Brady, roared back and captured their 5th championship, in the biggest comeback in Superbowl history. I still can't believe what we saw on Sunday night, and I'm writing this three days later. Right after the game, I took to social media and stated what I have never stated before, and that is Tom Brady is the greatest quarterback I have ever seen. I have been and will continue to be critical of the issues throughout Brady's career, but nobody, even the people who are just haters, can deny how great that guy is.

The Patriots defense played an important role in holding the Falcons scoreless throughout the comeback, and much of that must be attributed to the greatness of Bill Belichick. But the bottomline is, Tom Brady led that comeback, and we all could see it coming. No matter what the score was, everyone knew it was never really over. We have seen it happen too many times. The guy just kept throwing and throwing and they kept converting. The Patriots got the momentum and they could not be stopped. He's great man, no denying it. 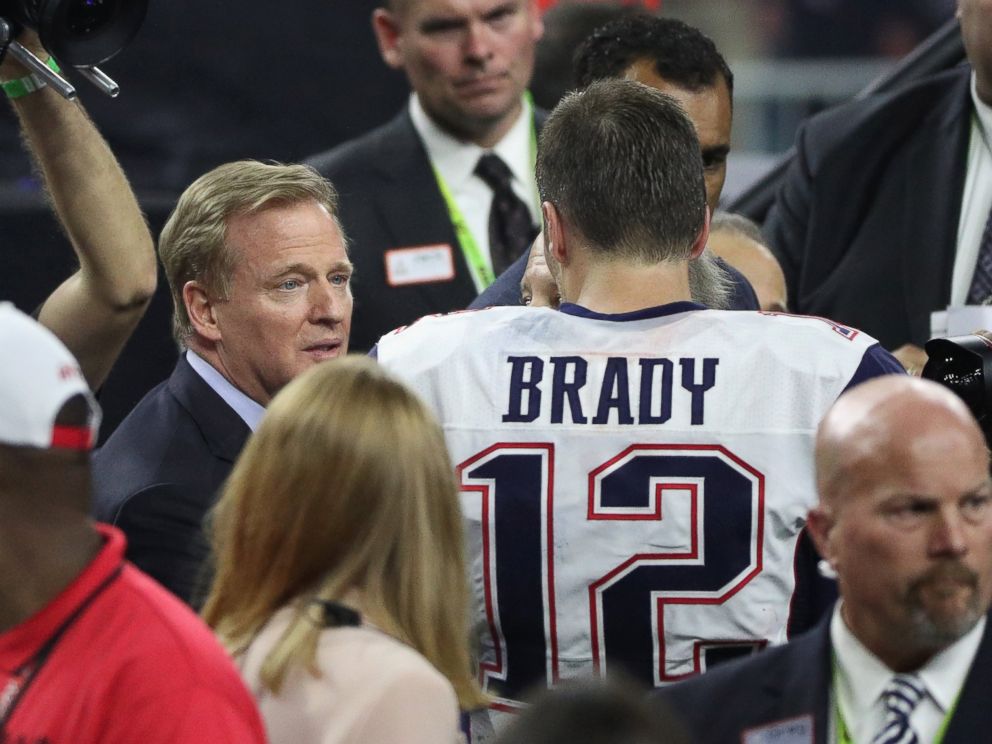 The last time the Patriots won the Superbowl, controversy surrounded Tom Brady, after reports emerged that during the AFC championship game, the footballs were deflated illegally. After over a year of fighting the NFL in court and arbitration, Brady was suspended for the first four games of the 2016 season as punishment. All year, pundits said that Brady was on a mission to get revenge against Commissioner Roger Goodell and the NFL for railroading and suspending him. The ultimate "F U" would be for Goodell to have to hand over the Lombardy trophy to Patriots owner Robert Kraft.

Well, on Sunday, everything happened as predicted. The Pats won, Goodell was forced to hand over the trophy, and Patriots fans everywhere gloated like the smug pricks that they are. (Yes, I hate them and wanted them to loose sooo bad because I hate those cocky jackasses!!!!) In the end, the Patriots earned this victory on the field and they deserved to be champions once again. Was this the outcome the NFL hoped for? Hell no. In a way it say that cheaters, some how, someway, do prosper. But if you ain't cheating, you ain't trying. 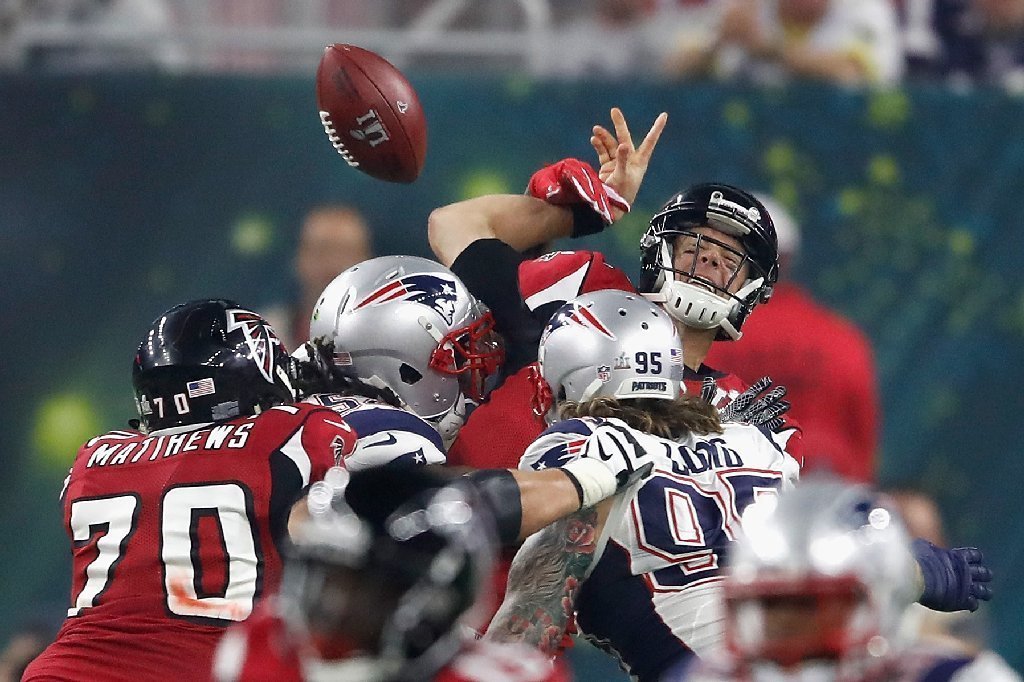 Ok, I gave the Patriots the credit they rightfully deserved, so I didn't bury the fact that they did win the title and Brady was great in doing so. BUT, it can not be overstated just how the Falcons absolutely choked and blew this game. There is no other way to put it. Up 25 points deep into the 3rd quarter, there is no excuse known to mankind that would ever excuse a team blowing that game. Let alone, in the SUPERBOWL!!!

I have never seen a dumber coaching job. NEVER!!! Up 25 points, the Falcons ran the ball a grand total of four times for the rest of the game. F*cking pathetic. The clock is your friend idiots!!! Not only did they not run the ball, they made dumb coaching decisions in key spots on the field. 3&1 and you in shotgun? Ball on the 22, and your passing? Your in field goal range idiots. Take your three points at worst and extend your lead. Prevent defense, holding calls, fumbles. IDIOTS!!!!!! 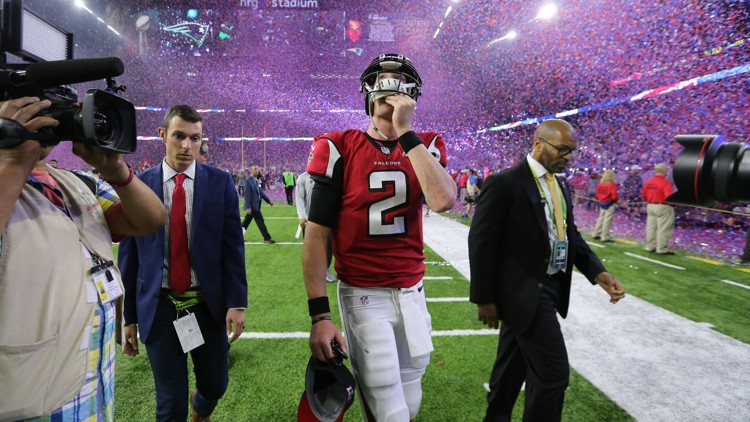 I don't care what anybody says, the moment was too big for these losers. I know I sound harsh, but that's what you are after blowing a lead like that. A loser. No excuse. Matt Ryan, the MVP, was horrible in money time. Dan Quinn and Kyle Shanahan were horrible and put their team in positions to lose, not win. And the fact is, they looked across the field and saw Brady, they saw Belichick, and they couldn't handle the pressure. Once the Patriots started scoring, Matt Ryan had no answer. That sack he took, after he made big play to Julio Jones, was unacceptable.

He choked. They choked man. They had their chances to answer the onslaught, and they couldn't get it done. Pathetic.
By: Larry Causion Jr.    CausionCreations.com
Posted: Friday, February 10, 2017