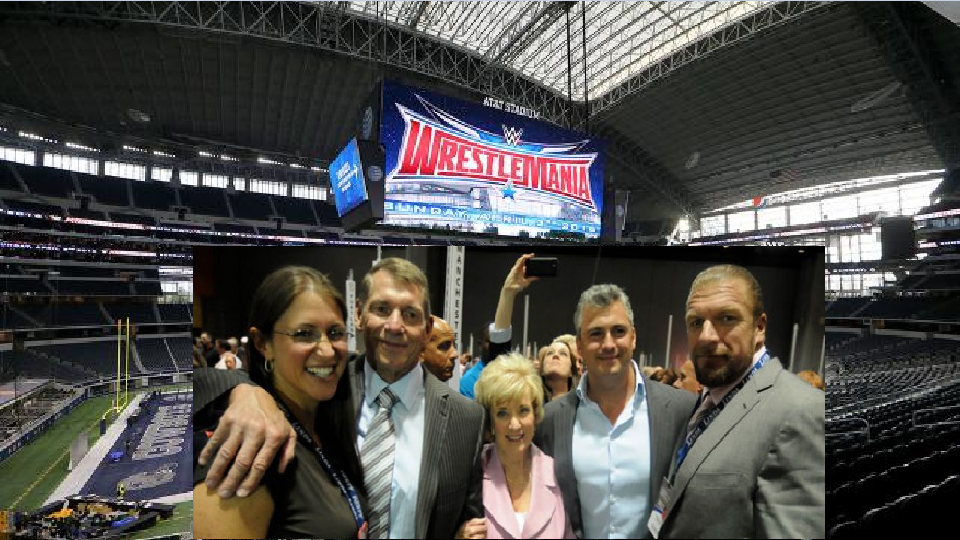 The Road to Dallas:
​The Real McMahon Family Power Struggle

The show featured the return of the prodigal son, Shane McMahon, and he was greeted with a monster ovation, normally reserved only for the biggest of Superstars such as Hulk Hogan, Steve Austin, and The Rock. And with that, a war was publicly declared. HHH vs Shane McMahon.

For context, let's look at the life of Shane McMahon.

​Shane started working for his father’s company at the age of 15, fulfilling merchandise orders in the company warehouse. At the age of 19, he started working in front of the crowd as referee Shane Stevens. He worked as a producer, and for a time would be one of the big guys in suits who were never named breaking up brawls on television. He had also tried out to be a television announcer, a job his father took over when he was 25 years old.

He became a television character in 1998, as he was a major player in the deal in bringing in Mike Tyson, which started the company’s turnaround behind Steve Austin. He started wrestling, had runs as a face and heel, and, as the incredible reaction to his return showed, is now remembered by the audience as this legendary character.

Behind the scenes, he was constantly looking to prove his worth as the guy in charge. He was a major player behind the scenes. He was ahead of the curve on expanding the Internet business and making key international deals. He was very well liked by those who worked for him, really as far as dealing with people, most praised their dealings with him far more than any other member of the family. His creative ideas were always said to be way out there. But it had been clear for years before he left to everyone that if something happened to Vince McMahon, that it would be Stephanie and husband Paul Levesque (HHH), who would run things, and not Shane. 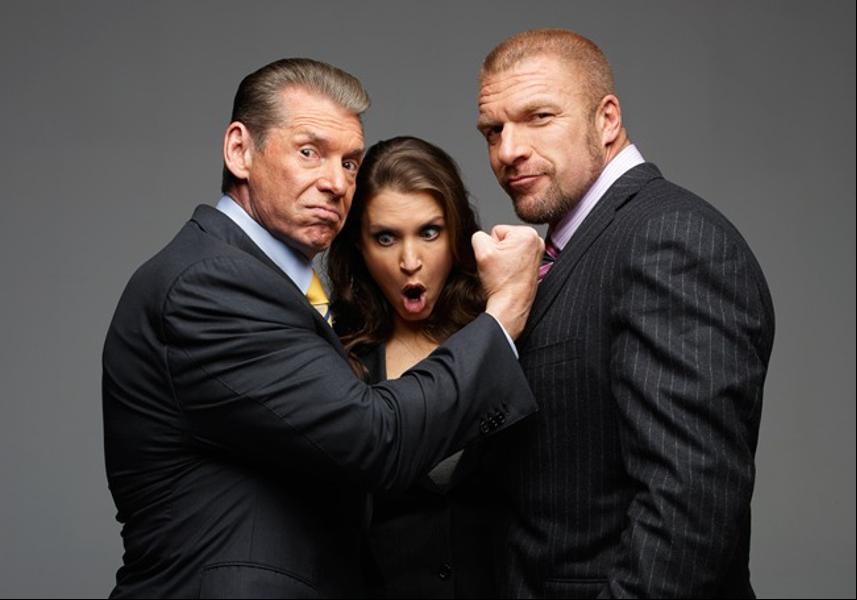 ​
In recent years, Levesque has become Vince’s protégé as he was hands-on teaching him the business. Still, Vince had said that nobody was going to take his spot before he dies, unless they could be so ruthless to figuratively stab him in the gut and steal it. Shane attempted to take his advice, but it didn’t work out.

Dating back nearly two decades, Shane’s idea was to run a company on his own, to prove that he could do so, and thus earn the ability to succeed Vince, unlike Levesque or Stephanie, who just wanted to work in wrestling. But time-after-time, it never materialized.


Time after time, Shane has tried to make a name for himself in business and has failed. Either because his father blocked him, which is why he looked to find success elsewhere, or because he's so closely associated with his father's shadow.
​
In most cases, when the son of the owner of a major company, who is a major executive himself, leaves the company after a split, historically in most cases they do return. When he was out of WWE, the belief always was that someday he’d return. From his standpoint, being gone, for the first time, put him in a position to run a company, without the rug being yanked from under him. 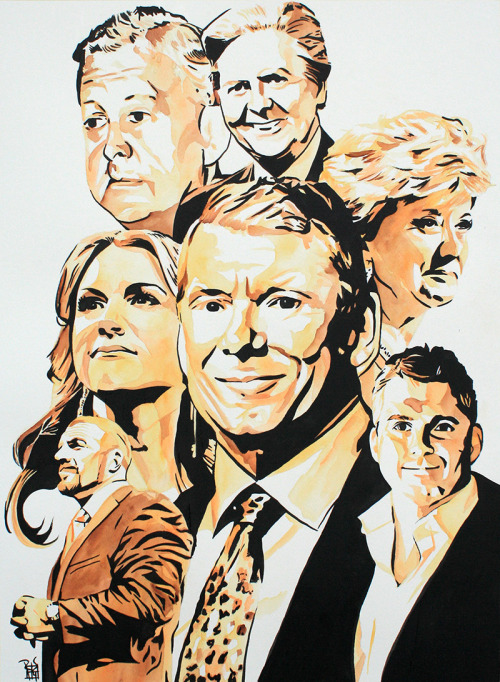 But on Monday, Shane returned, and it was something fresh. He cut a promo based in truth. A lot of truth in fact.

In story line, Shane talked about being passed over, and said the Vincent J. McMahon award was a great idea, and then looked at Stephanie and said that it “should be given to someone who is a worthy recipient, and that is not you.”

Stephanie shot back saying that he hasn’t been here in six or seven years and how she and her husband have been successfully running a billion dollar business with their blood, sweat and tears.

In a surprise, Shane said that in fact, they have been running the company into the ground. He, on Raw, said that the stock price is down, the ratings are down and the company is loaded with injuries, and said that was all on HHH & Stephanie’s watch. She got mad, called him a quitter, and told him to get out of her ring.

He then told a story, saying several years ago that Vince McMahon messed up big time and he saved the day, that he and Vince made a deal, and that he took time off and built some businesses on his own. He said that he never lost his place in line and claimed that Stephanie was only able to rise to the top because he let it happen.

Evidently there is some truth to some of this, although Stephanie’s ascension to power ahead of Shane, and that she and HHH were the heir apparent, and not him, was well known for many years.

Vince admitted that there was some truth to the story. Stephanie was furious and left. Shane talked about being fourth generation, and that he’s the one with three boys at home and he wants the business to be around for the fifth and sixth generation of McMahons. A lot of people took this as interesting because Stephanie has three daughters, and it did come off like it was saying he’s the one with the boys in the family.

This led to Vince asking what he wants and that he’ll write a check to him like he always does. He wanted control of Raw. Vince pointed out that control of Raw, as the life blood of the company, is like control of the entire company. Vince said it was a publicly traded company and you can’t just pick up where you left off. Shane said things haven’t changed for the better and he wanted to make sure the company was around for the next generations. They made the deal for a match with control of the company vs. the keys to the lock box where Shane is hiding the secret evidence against Vince.

Now of course there was a lot of story line mixed in there but you better believe that there was a lot of Shane's true feelings and thoughts as well. He said that HHH and Steph are driving the company into the ground and he would be the person who could turn it around. Those were real life shots aimed directly at HHH, and you better believe he heard it loud and clear.

The dynamic between Vince, Shane, Stephanie and Hunter is one that amazes me. What father would not want his son to carry on the family business and his last name? I don't know many. But somewhere along the line, Vince decided that no matter how much he tried, Shane wasn't good enough or worthy enough to be the next leader of the WWE. And instead the company would be left in the hands of Stephanie and her husband, HHH.

Which makes for a very interesting dynamic, now that Shane is back with the company, in an on screen capacity. To our knowledge at this point, Shane is not back in a business role with company, and very well may just simply be a TV character, building to a match with The Undertaker at Wrestlemania. 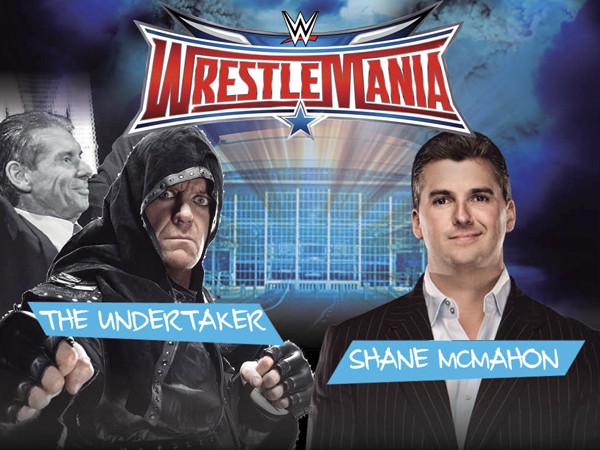 The announcement of Taker vs Shane, in a Hell in a Cell, for control of the company, has to be seen as the biggest match on the card. It just has to be. In many ways, I could make a case why it should be the main event, over HHH vs Reigns. As we have seen, Reigns is not the guy. It just is what it is. And the match between Reigns and Hunter will be the least looked forward to match on the card, because many hardcore fans hate them both. So honestly, this could be yet another HHH Wrestlemania Main event where nobody cares and it can't follow the under card. Don't believe me? Did you hear that Shane pop?

Well, you better believe Hunter heard that pop Shane got, and he made sure to come out later in the night and show just how big of a star he truly is, as he took his shovel, and buried Roman Reign's on National TV. That was a direct shot at the head of Shane McMahon. I have no doubt about that. HHH and Shane are in direct competition for control, Vince's attention, and fan support.

​The question is, what will be affected most by this ego driven power struggle? Will Hunter book himself more to prove a point? Or will he pull back and allow Shane to shine, in the spirit of family love? LOL. Hell no. Should be interesting to monitor. ​