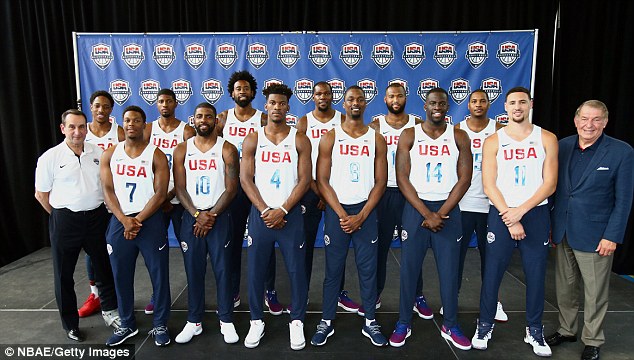 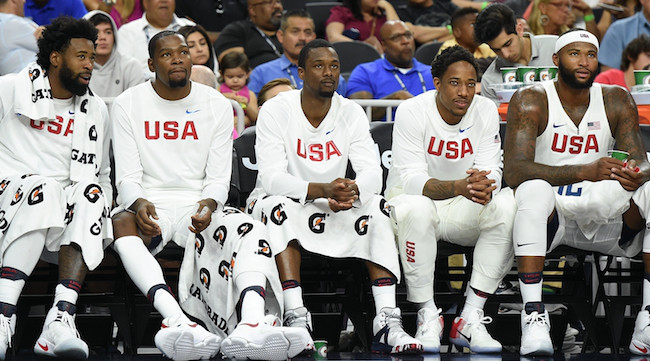 Well, its a far cry from the "Dream Team", but its what we got. Ladies and gentlemen, introducing the 2016 USA Olympic Basketball team. 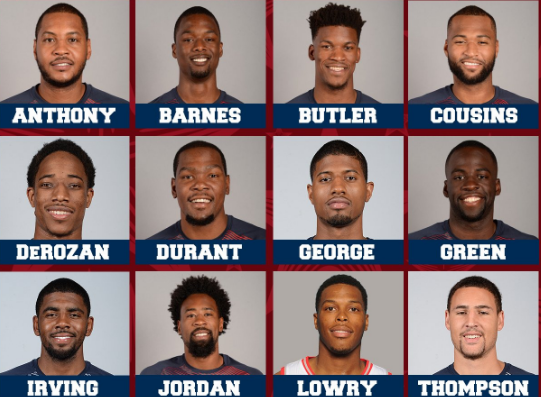 I don't man, this roster just feels like it was patched together, and it doesn't give me a lot of confidence. Sure they may win, and they should win, because they are the USA basketball team, but damn does that lineup look strange. I mean, Kyle Lowry is your backup point guard. Really? 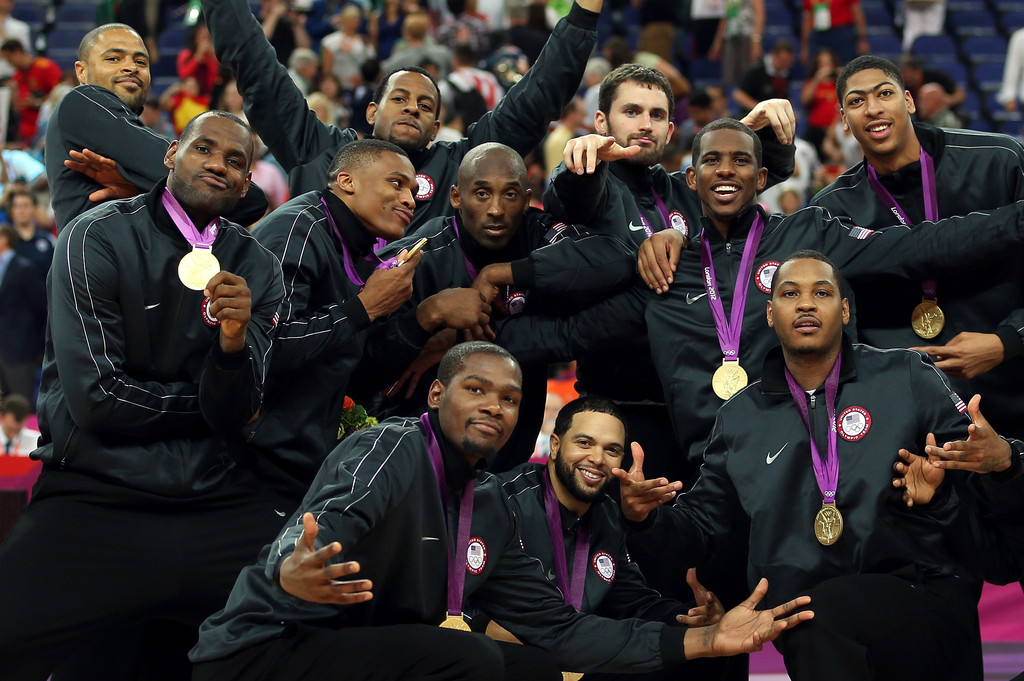 Right off the bat, the team is not as good without Lebron James, bottom line. But I understand the man needs a break, and others deserve a shot, no doubt. But the point guard position is clearly lacking this year. You go from CP3, Russel Westbrook and Deron Williams, to this year having Kyrie Irving and Kyle Lowry. In Olympic basketball, that is a complete no no.

I do like Jimmy Butler, but is he an Olympic style of basketball player. Can he shoot with the regularity from the perimeter to get it done and make an impact? Time will tell. I do know Klay Thompson can. But we all know that Klay can disappear if he's not the featured act. But he's a great shooter and great for this style of play. ​ 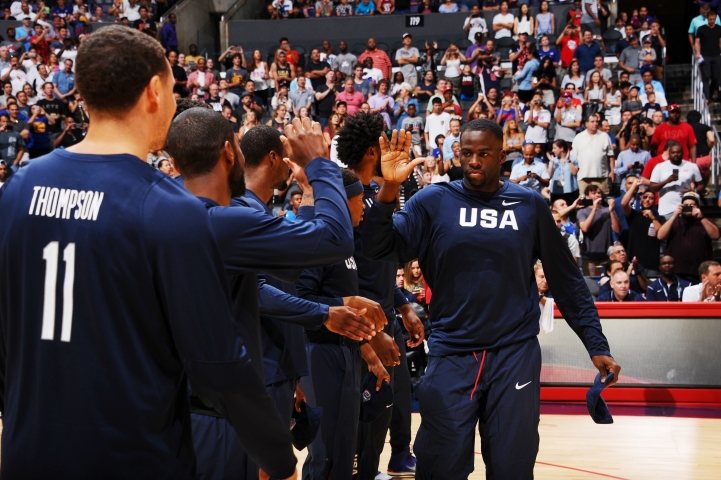 I think Draymond is made for this type of team. Similar to Lebron, Draymond can do so many things that he valuable in a way like no other. His ability to contribute without needing to be  as scorer will be huge. While Harrison Barnes is a waste of a roster spot. i just don't understand that pick at all. But the big men give you the best of both worlds, with Boogie Cousins who can do it all, and DeAndre Jordan, who is a beast on the boards and can dominate the paint. ​ 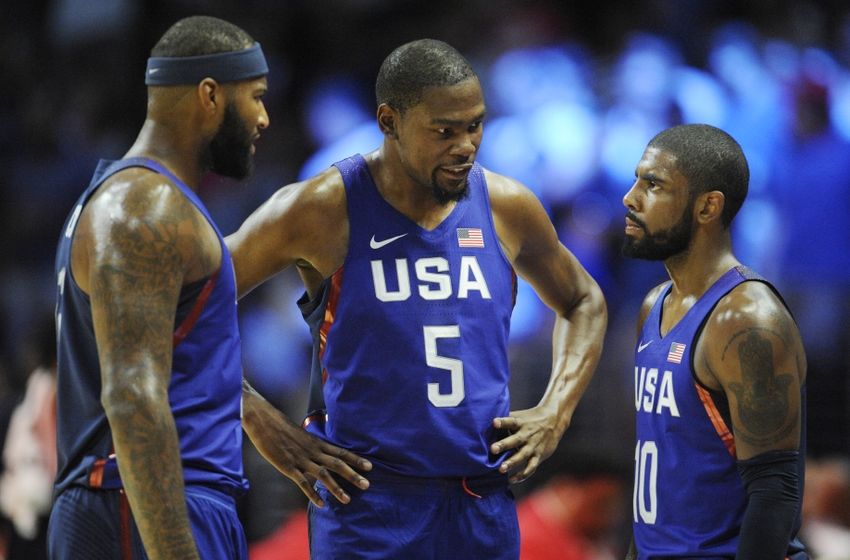 Paul George is great story, returning after suffering that devastating injury a few years ago in International play. I think he has the shooting to be a big time reason the team is successful. Which brings me to the elder-statesman, Carmelo Anthony. I just don't think this guy needs to be here anymore. He needs to be more worried about getting that Knicks team up to par, and staying healthy. But I get it, he's still a great talent, and designed perfectly for this style of play. 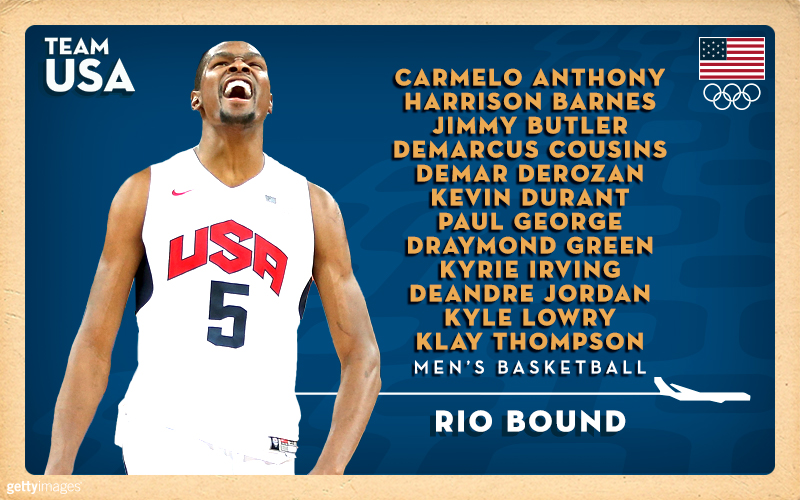 But the straw that stirs the drink should be and will be, Kevin Durant. With all the turmoil surrounding his departure from OK, and joining the Warriors, I think that being apart of team USA is just what KD needs to come out and show how he's still a top dog in this league. Not only will he have the pleasure of playing alongside his new teammates Klay and Draymond, he will be the best player on the the entire team. There is no Lebron, no Kobe, no Wade, and that means no one to steal KD's thunder.... 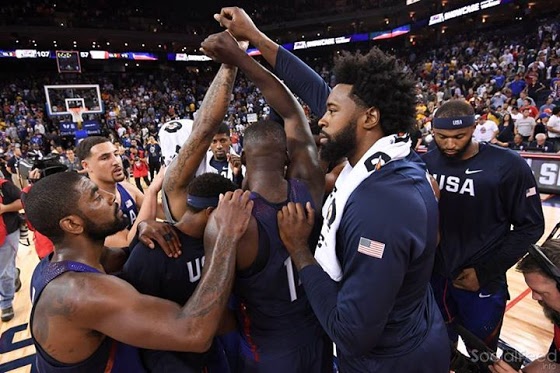 And with that comes my biggest issue with the team. Sure KD and Melo have own gold in the past, but they were not the leaders and catalyst of those wins. They were key parts to the puzzle. The question is, will they be able to lead this team to gold, since they have never proven they can before. Sure Melo won in college, but this is a whole different ball game. Being the type of player to get others involve and make team better is different. Lebron did it masterfully. Can KD and Melo do that? Or will they get their points and hope others fall in line? 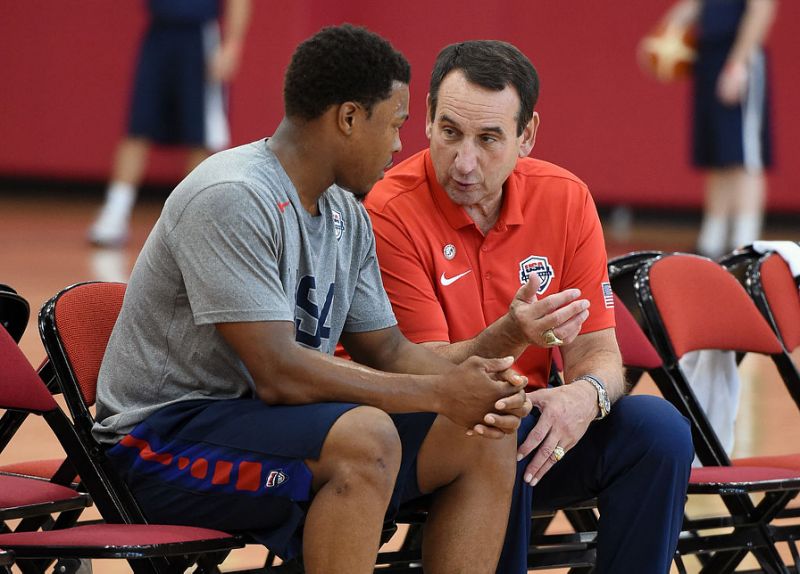 Which is why I emphasize my issue with the point guard position. I love Kyrie, but is he the type of point guard to get others involved, or is he a scorer. Well, you know that answer. And there is no Lebron to keep him in check. Will Demarcus Cousins get frustrated with his lack of touches and go off on the coaching staff and his teammates? Will Draymond get into one of his temper tantrums? A lot of shaky questions that will be interesting to watch. ​ 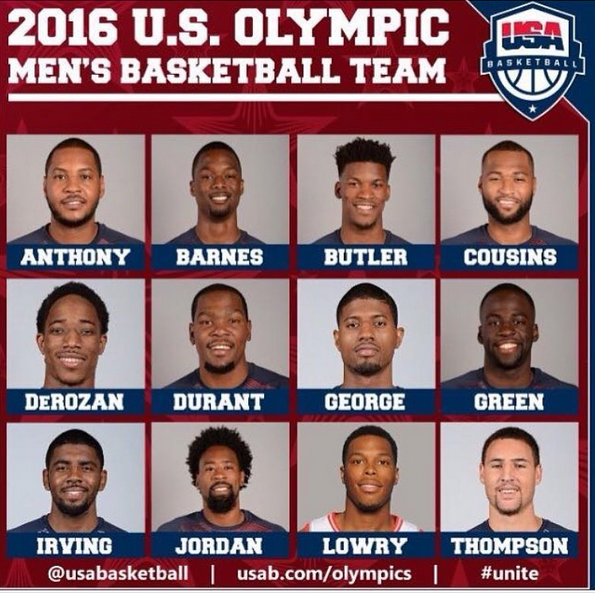