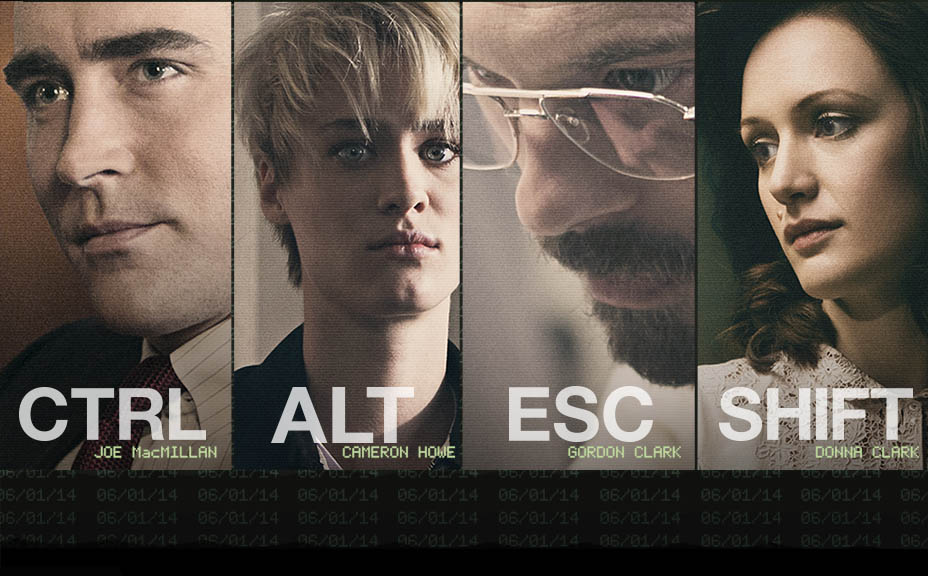 By: Larry Causion Jr.    CausionCreations.com
Posted: Tuesday, July 28, 2015
AMC's Halt and Catch Fire is simply one of the best shows on TV period. The last two weeks have been absolutely excellent and the show as a whole has taken a giant step forward in season 2.

3 weeks ago we learned that Joe's father in laws's company, West-group, wanted to but out Mutiny and turn it into a Community centric company and eliminate the games. This was not what Cameron wanted, so Joe tipped her off and advised her not to sell. Of course the rest of the Mutiny employees and brain trust were against this decision but Cameron made the call.

Well, 2 weeks ago, Joe got married and decided to leave his father in laws company. This clearly didn't sit well with him, but he sent Joe and his wife on a honeymoon for a few weeks. While he was gone, he hired a big tech guy from California and basically pulled off a hostel takeover. West-group kicked Mutiny off their network and took over their company and community, renaming it and re-branding it. It was crazy. Mutiny was screwed.

Last week, the fallout happened. Of course Cameron thought Joe screwed her, but he had nothing to do with it. This was a plan by his father in law. Mutiny threatened to sue, West-group didn't care. They were bigger, had more money, and better connections. Cameron concocted a plan to sucker Joe into entering a disk into a computer at West-group, and he did so, believing it was a game. But it was actually a virus that destroyed the entire West-group interface and Community! It was sweet revenge.

Also, Gordon  continued to deteriorate in front of our eyes.  Over the last few weeks we have seen him forget things, hallucinate, get extremely paranoid, and hurt himself. Last week, he wandered around a parking garage trying to find his car for 7 hours. Then he fell down a flight of stairs and sprained his ankle. It was completely sad. The acting was excellent though.

Without a doubt, this show just keeps getting better, and you all need to watch Halt and Catch Fire before its too late.