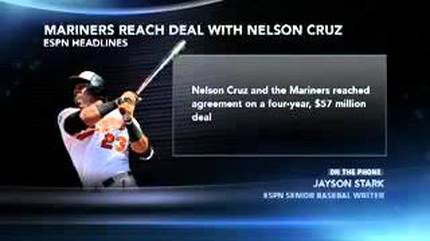 Orioles Fail: How Nelson Cruz Got Away 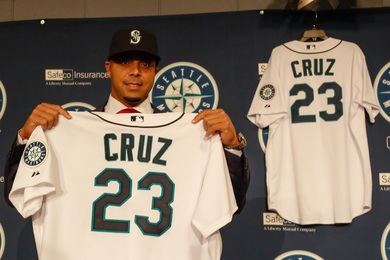 Over a few million dollars and a couple years, the Baltimore Orioles let Nelson Cruz walk away in the off season and sign with the Seattle Mariners.

Cruz hit 40 home runs for Baltimore last year. In the off season, they offered Cruz a one-year, $15.3 million contract to stay with the club.

Another one year deal. Before free agency, they offered him a 3 year deal for a unspecified amount of money, but Cruz wanted a 4 year deal. The O's wouldn't budge, so.....

The Mariners signed the 34-year-old slugger to a 4-year, $58 million contract.

Now with Seattle, he leads the American League with nine homers, 18 RBIs, a .766 slugging percentage and 49 total bases.