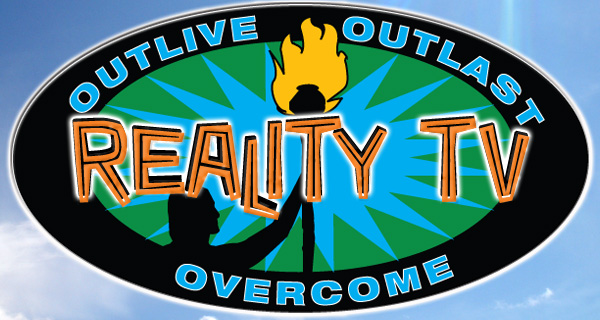 I LOVE REALITY: What's on Now

By: Larry Causion Jr.    CausionCreations.com
Posted: Sunday, March 29, 2015
As I explained in the introduction of this series, I LOVE REALITY, I have watched a variety of reality TV shows over the years that I have really enjoyed. Today I introduce the shows that a currently airing right now, and set to record this coming week on my DVR.

Of course this doesn't include the shows that are on break or seasons have not started yet, but these are shows that have new episodes you go watch after reading this. The best part about Reality TV, there is so much variety and the seasons keep coming. Let's take a look at my DVR.

I absolutely love this show. Coaching Bad focuses on youth and amateur coaches who are going about things the wrong way and need to change. It's like rehab for coaches. Ray Lewis is the expert athlete who assist a therapist in turning the coaches from their terrible habits. You should check it out.

Keeping up Kardashians on E!

Love and Hip Hop is one of those shows that you just have to watch and judge for yourself. It's a guilty pleasure. Some of it it terrible and I fast forward through it, and some is hilarious. I personally prefer Love and Hip Hop Atlanta, but on the New York version, I like watching when Rich, Erica, Cynn, and Yandy are on screen, but other than that I fast forward. I watch the show in 15 minutes tops. Easy viewing.

One of the most fun reality shows on TV. Black Ink follows the lives of the owner and employees of a black run tattoo shop in Harlem New York. To say they are full of antics would be an understatement. Always good for a laugh.

Catfish continues to baffle me because at this point, how can these idiots not know they are being duped? Honestly, I don't know how much longer i will be watching this one. But it's still good for a few laughs.

I know it's twisted, but there is just something about hunting dangerous alligators that intrigues me. I love this show. The connection you get with the Hunters after a good hunt and kill is surreal. I want to do it one day.

Gordon Ramsey is one of my favorite TV personalities. The guy is ratings gold and Hell's Kitchen is his biggest hit.Season after season, hopefuls come to compete for a chance to run one of Gordon's restaurants and he puts them through hell to win it. Great TV every week.

Survivor has been running strong since 2000, and to me its still just as good. there s something about the will to compete that makes the show intriguing. I love the strategy aspect of the show. So much so that sometimes I fast forward through the competitions. Still great after all these years.

I must admit that some seasons are clearly better than others, and sometimes they make too many changes to American Idol that causes the show to lose its essence. But its Idol, I'm still going to watch. Good talent is good talent.

Mary Mary on WE TV

Mary Mary follows the singing group Mary Mary and the obstacles they face in life. I have never seen a show more real and transparent that Mary Mary, as last season we literally saw a marriage crumble, the group split, and a solo career begin. Now this season we see the aftermath and actual conflict. What I actually really like is he Mary Mary Watch-it specials that air every week where we watch the sisters watching the episode and they get to comment and talk about what they are watching every interesting TV.

Preachers of Detroit on Oxygen

Following the success of Preachers of LA, Preachers of Detroit follows the lives of various preachers in Detroit. The show is very interesting and highly controversial. I like it because it shows the good and the bad, and it leaves the viewers to see through the real and the fake. Again, I can learn from anything.

My favorite reality show without question is Shark Tank. Shark Tank is a show about giving entrepreneurs an opportunity to strike a deal  with  rich investor and turn their business idea or company into a multi million dollar enterprise. Absolutely the American dream every week comes true, and its hilarious too.

Welcome to Sweetie Pies on OWN

I love Miss Robbie. Sweetie Pies is a Soul food restaurant in St Louis, and the show focuses on the owner and her family. Everyone show watch this show if you love a good laugh and to look at food you can't eat. Smh.

So there you have it. All the Reality shows that are on my DVR for the coming week. If it's not on the list, I either used to watch it and gave up on it, or i doesn't interest me. Either way, check out some of these and enjoy.