By: Larry Causion Jr.    CausionCreations.com
Posted: Tuesday, March 31, 2015
Every year after Wrestlemania, I look at what's next. What's the short term and long term plans for the next season.

The WWE season begins on RAW the night after Wrestlemania and ends at the following Mania. So many factors are taken into consideration when the company shapes the plans for the next year, and to me, the biggest in 2015 continues to be the WWE Network.

Business wise, the network and its success plays a huge role in the current plans. The day after Wrestlemania, WWE announced that 1.3 million people are subscribed to the WWE network as of the day after Wrestlemania. On the surface, that looks like a great number, but to the educated eye, its an inflated number that doesn't speak to the long term stability of the company.

The Wrestlemania subscriber number will always be higher than any other time of year because its Wrestlemania. That number next week will not be 1.3 million, and there in lies the battle the WWE faces. Whatever they do throughout this year has to be focused on hooking enough fans to consistently subscribe to the WWE network to see the PPV's. Therefore, they must present a consistent product fans want to pay $9.99 a month to see.

For as much as the archived content and development of new TV shows is important, the real hook to the network will always be the monthly PPV's. Therefore, the responsibility lies in the hands of Vince and the creative team to build matches that people want to see on PPV and will subscribe every month to watch.

To long term fans, hardcores, the WWE network is a steal. Why wouldn't I want to pay $9.99 to watch unlimited wrestling and monthly PPV's? Fans who were used to paying $50 to $60 a month are now paying $9.99 and are happy. But there are many fans who simply are not going to watch wrestling on the internet due to not trusting the technology. It seems crazy in 2015, but I personally know many people who have stated this consistently.

The WWE has tried their best to hook as many fans as possible by offering three different free subscription months of WWE network over the last year. And as a business move it has been a success, as they have retain 70% of the people who signed up for the free month. This tactic is what most sites like Netflix and Hulu Plus does as well.

But if the Wrestlemania number is to teach the WWE anything, they should learn, if they haven't already, that they have to elevate PPV's aside from Wrestlemania.

The Superbowl is the highest rated football game of the year because its an event and a spectacle, in addition to a football game. WWE has done an excellent job presenting Wrestlemania like that for years as well. But the NFL also has games through the regular season that draw huge ratings because fans are intrigued to see them as well. The NFL has turned the entire season into must see TV.

UFC has mastered this on PPV. Traditionally, the 4th of July weekend show is a big show for UFC, its the same weekend as International Fight week, their fan convention in Las Vegas. UFC loads up the show and tries to make it a big deal. But through the year, they also book big PPV's that have drawn higher than the the July 4th show. They have done a great job making many PPV's big events.

This is what WWE must get back to doing if they want the WWE Network to gain and retain subscribers throughout the year. Make the PPV's special. Back in the day, (damn, I'm getting old), WWF presented 4 PPV's a year. Royal Rumble, Wrestlemania, Summerslam, and Survivor Series. Each of these shows were important and booked far in advance with a strong direction leading to them. It worked.

But before you say, those days are gone and they have to run 12 PPV's, I will agree with you. But I also saw the 12 PPV's a year model work as well, IN TWO COMPANIES AT THE SAME TIME!!!!

WWF and WCW ran PPV's every month and they both got aleast $30 per show. People were interested in paying money to watch good wrestling PPV's. The key was, the people felt they were being presented a product they would want to pay to see.

Fast forward to today and all WWE PPV's are available for $9.99 a month and the only competition for PPV dollars is UFC, which charges $50 a month. Should be easy if you take the time to make the PPV card's important and special.

A major problem is, too many of the matches the WWE present on PPV are given away for free on Raw and Smackdown. Why would a person pay to watch Cena vs Ambrose if you are just going to give it to me for free on Raw? The hardcore fans will but casual fans will just wait for TV. Sure it makes for a great RAW match, but what about that makes me interested in paying to see it. Bryan vs Ziggler has been given away on TV three weeks in a row. So why would it be anything special on PPV? So why do I need to pay my $9.99?

Brock never wrestles on RAW. Never. But he's the most over guy in the company. You will pay to see Brock Lesnar. What if more of the "stars" were treated like this? What if you had to subscribe to the WWE network to see the guys we deem as special perform?

Sure, you have to keep RAW worthy of weekly viewing, but wouldn't that be accomplished by properly booking the guys you have treated and booked like jobbers? You designate a crop of main eventers who circle in and out of performing on TV. Maybe Cena wrestles on RAW once month, and other than that he does promos. Bryan puts on a great match with a lower end worker but his match with Ziggler is built up on TV and paid off on PPV. Rollins only defense on PPV, and does a 6 man tag or tag match once a month.

Let the main eventers be main eventers on the card you pay money for. On free TV you build to the big shows. Is this rocket science? No. This is how the business always worked! And before you say it will kill the attendance for shows, no it won't. You pt he stars in a dark match after RAW goes off the air. You know, like what has been done forever. Keep things special.

The Network is way more important than people realize. Allot of money is tied up in the project, and it has to work. If it fails it will be the biggest failure Vince has ever had. Bigger than the WBF bodybuilding venture, the XFL football league, and WWE New York restaurant. This has to work in some form or heads will roll.

Putting the IC title and U.S title on Bryan and Cena tells me they have some type of plan to make the belts matter more, but I hope they figure out that less is more.

Check back for the next edition of Life After WWE, as we focus on important focuses for the next year in the WWE. 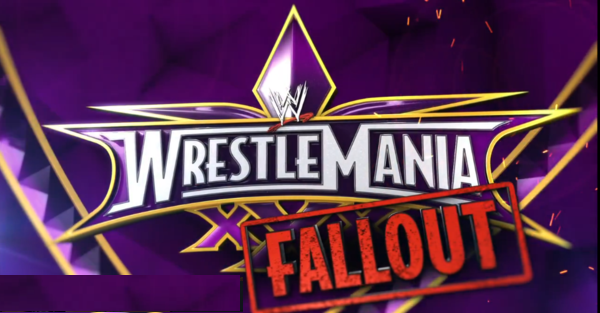