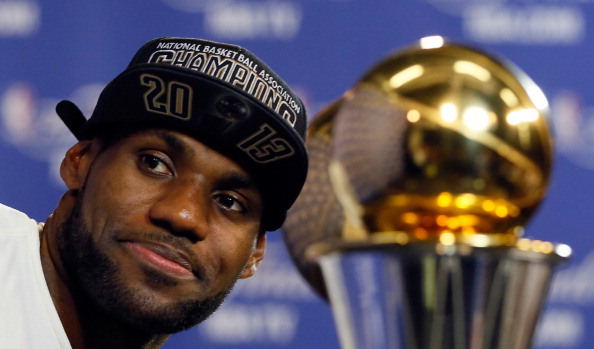 Yo, the hate is real.

LeBron James is a once in a lifetime talent. He’s 6’9”, probably closer to 275 than 250, runs like a gazelle, and can jump out of the gym. We’ve never seen anyone like him before and probably never will again.


Ever since he was a senior in high school, Lebron James has been the most polarizing sports figure I have ever seen. And mind you, much of this polarization occurred before he stepped one foot in the league.

Lebron was the highest touted player ever to come out of high school, the first overall pick, and rookie of the year. He even got drafted by his hometown Cleveland Cavaliers, which is what every kid dreams of growing up. The local hero come to save the long-suffering city of Cleveland from years and years of sports failures.

So we all know the story, he couldn't win the big one on in Cleveland and he decided to take his talents to South beach and play with Dwayne Wade. He was called a coward, a bitch, a whore, and every word you can think of. And you know, maybe in some ways, he deserved some of it..... from the citizens of Cleveland.

I would be pissed too if my hometown hero up and jumped ship on me and left us with no hope and no chance at winning.

But what about everyone else? Here are some of the millions of reasons people hate Lebron James. Some valid enough that warrant criticism, but many more are just petty and jealousy laden.

Oh my, get the pitch fork and white hoods.
I believe he always shoulders the blame, but whatever.
Yea, you got him pegged.
Uh Huh, sure. He's a bum.

So its Lebron's fault he has the body, and is the best? I'm confused....
Bull shit.
There is a difference between being critical and hating. I will explain later.
Ok. Wilt, Kareem, Shaq? Free Agency Didn’t Exist Until 1988 so......

The Cavs, without Kevin Love, and Kyrie Irving for two games, just swept the 60-win Hawks, who had home court advantage. I know you never believed in the Hawks all season and the Cavs were were the real favorites.

LeBron does it all because he has to. What is there to hate. People hate him because he doesn't always get it done. Ok. That just makes him human. He isn't perfect. He has short comings and we know it. But he's humble, a team player, and STILL great.

But all the rest is just a smoke screen. The real reason people hate Lebron James, and I'm not talking about the ones who simply criticize his game play, because that's just what we as educated fans do, but the haters, you know who they are.

The one who crack endless jokes on him just for the sake of it. The ones who give him stupid derogatory nicknames and call him everything negative under the sun. The ones who nitpick and put finality on his career like he's anywhere near done. the ones who call him a quitter or a fraud. The ones who lament his lack of willingness to close out games.

The fact is these are people who are protecting the legacy of 3 people. Bird, Kobe and of course MJ. Fans of these three don't want to see anyone come along and be regarded as better than their idols. And these three cover all categories of basketball fans over the past 40 years.

You see, our minds are shaped as youth and we hold on to those fond memories. I never grew up watching Wilt and Russel, but my father did and he says they are the greatest ever. I grew up on Jordan, he's the best ever to me. Because I have strong fond memories of his dominance.

Today, Lebron is the best. But some have an agenda to make sure he doesn't erase everything that the players from the past did for the game. They hate him because he's great, and they can't stand for him to overshadow their heroes.

To that I say, GET THE FUCK OVER IT.

Enjoy the great players we have today. Respect the talent level and effort Lebron James plays with on a nightly basis. A player who isn't all about his stats. He's about the team and making everyone better.

That's a superstar to be celebrated, not hated. Haters. 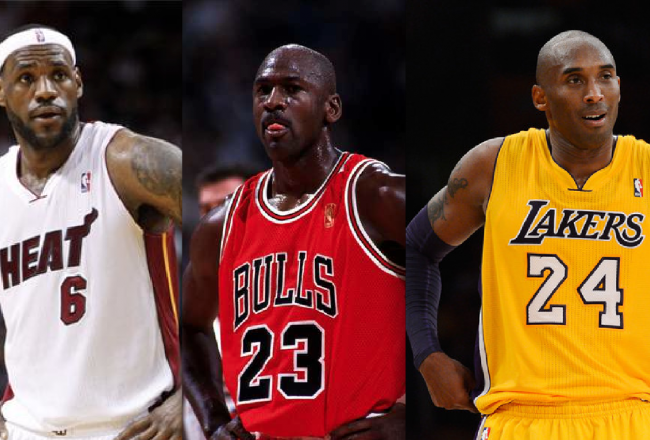