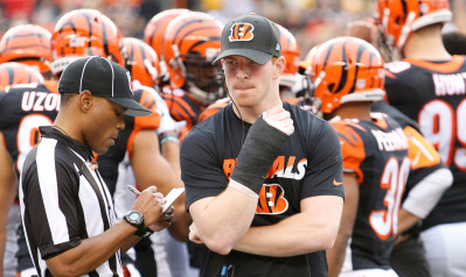 Check out my thought's on some of the main headlines from around the league in week 14. Big match ups and tight contest were entertaining. 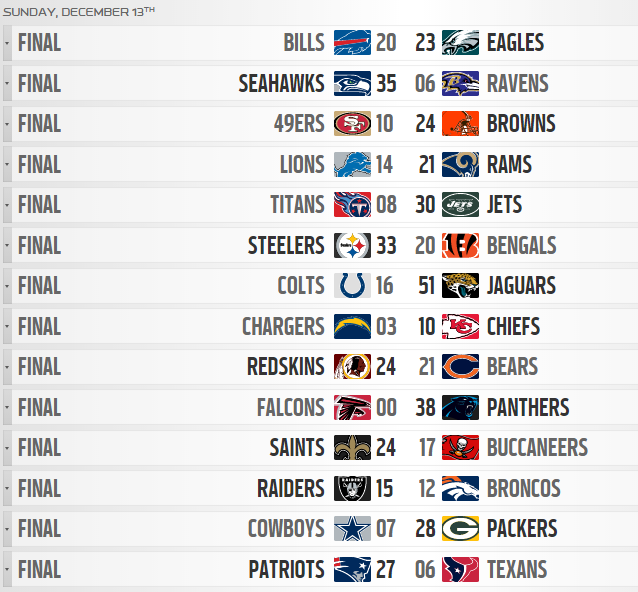 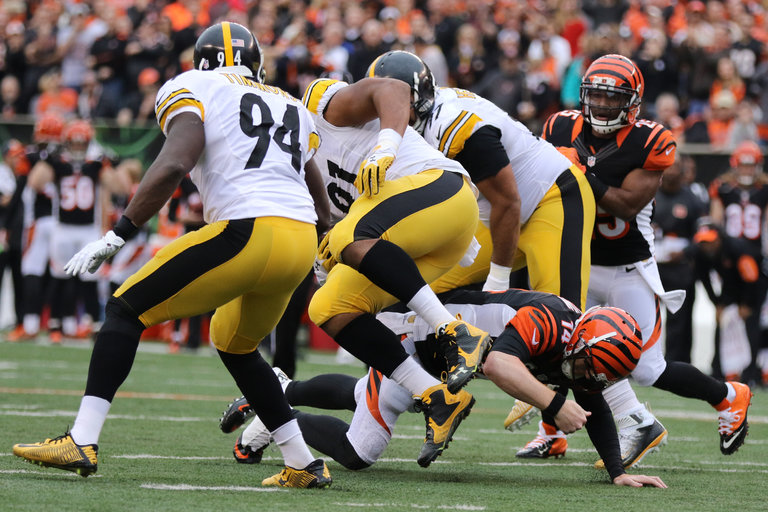 The Steelers got a huge divisional win on the road in Cincinnati and really cemented their place rising to the top in the AFC. I give them credit and won't take away from the big win, but the real news is the injury to Andy Dalton, early in the game.

Dalton has been great this season and is a real huge reason the Bengals have been one of the best in the league this year.  News is he will miss the remainder of the regular season but should be ready for the Playoffs at some point. The question is, will AJ McCarron be able to get them deep into the playoffs. 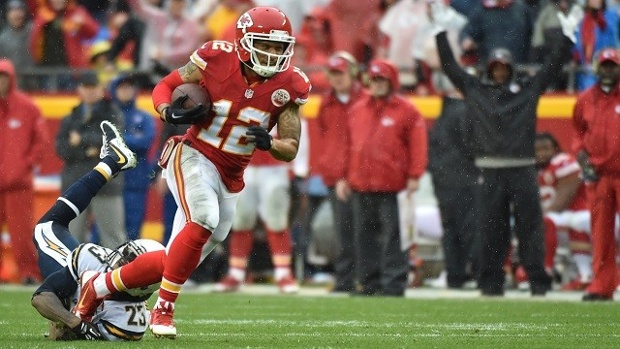 Chiefs win 7 in a Row

The Chiefs have done the impossible. After losing five in a row, they have now won 7 in a row and now are playoff bound. And they will be dangerous if they get in. That defense is for real, and they put the team on their back against Philip Rivers yesterday. Should be good down the stretch. 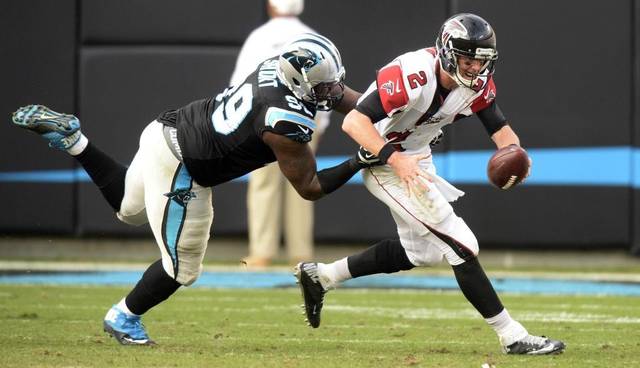 Not much to say about this other than the fact that the Atlanta Falcons, without any significant long term injuries, are pathetic. They have to be the biggest choke job in the NFL this season. Terrible. 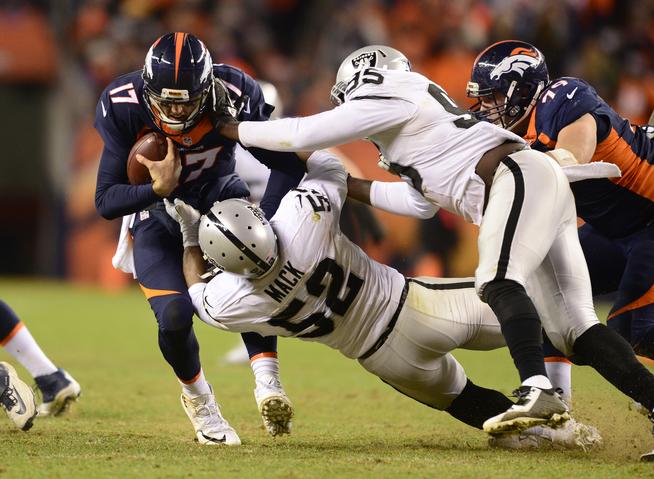 Broncos lose to Raiders at Home

I have not been impressed with Brock Osweiler and yesterday's lost further cemented my mindset on him. He's a backup. The Broncos defense only gave up 127 yards to the Raiders. But they lost 15 - 12, and two of those points came from a safety, when Osweiler got stripped sacked in the endzone. Smh. He's just not that good. Mind you they drop a lot of his passes, but he must throw an awkward ball.