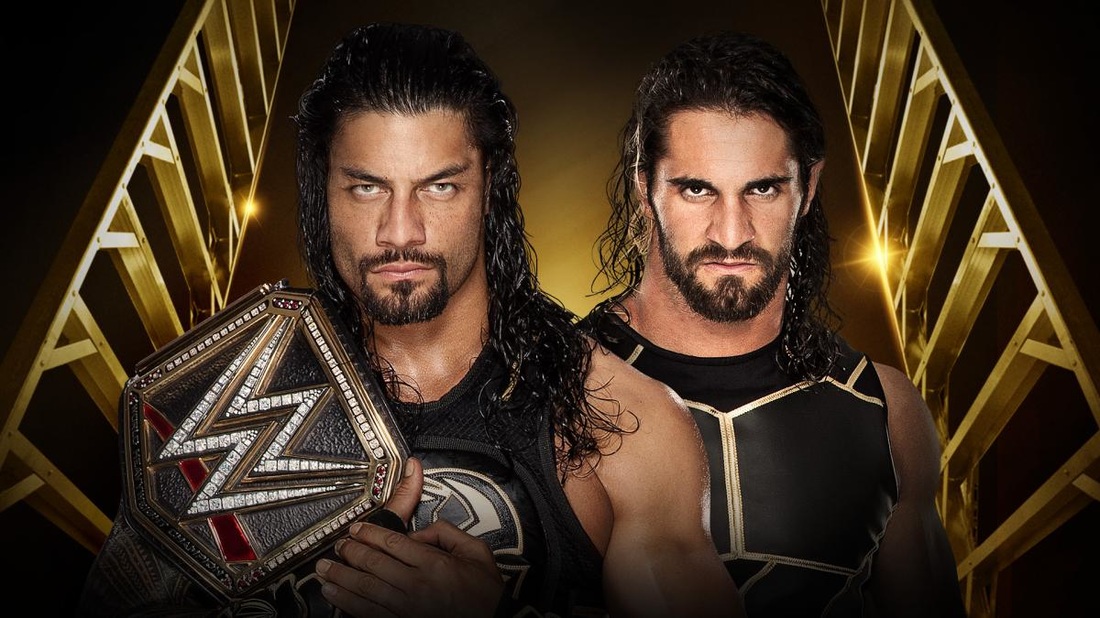 DM: The match was flat at times because it went so long. People just weren't into Reigns at all and Rollins was more popular but not that over as a face either. The match itself was very good in the sense they went 26 minutes and it well. By the end, the crowd was into it. Reigns missed a spear and crashed into the barricade and was injured.  He tried a pedigree but Reigns drove him into the ref who went down. Reigns hit the spear but Mike Chioda was down and hesitated which enabled Rolins to kick out. He went for a second spear but Rollins turned it into a pedigree and Reigns kicked out. Rollins got the pin after a second pedigree to regain the WWE title. 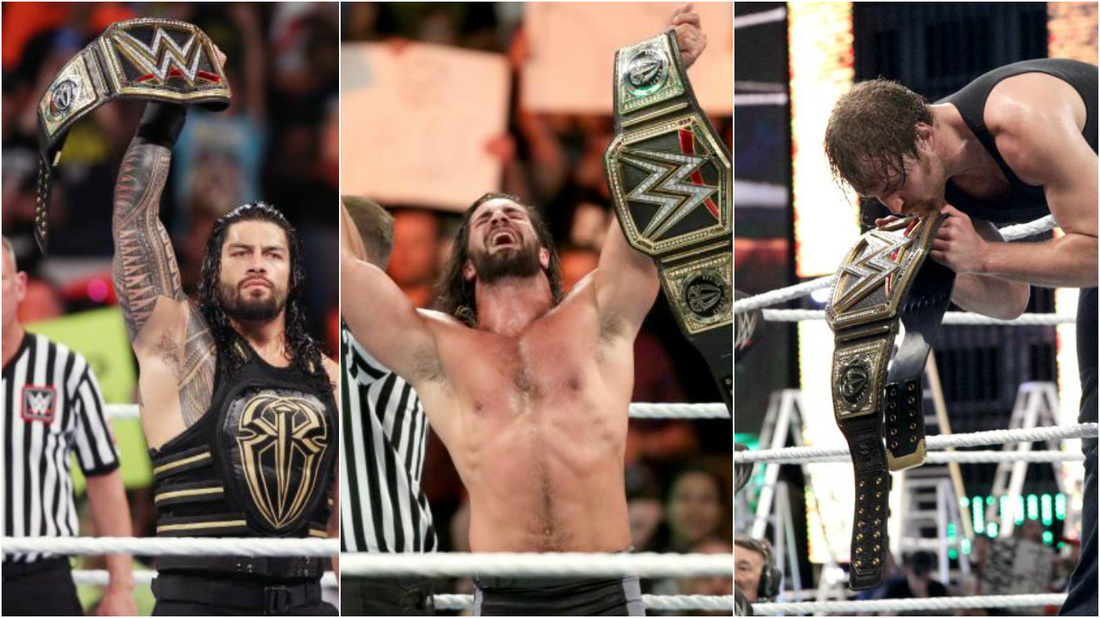 DM: ​Then, Ambrose's music hit and out he came with the MITB briefcase. He cashed it in, the match started, Ambrose hit Dirty Deeds, and eight seconds later, Ambrose was your new WWE Champion. 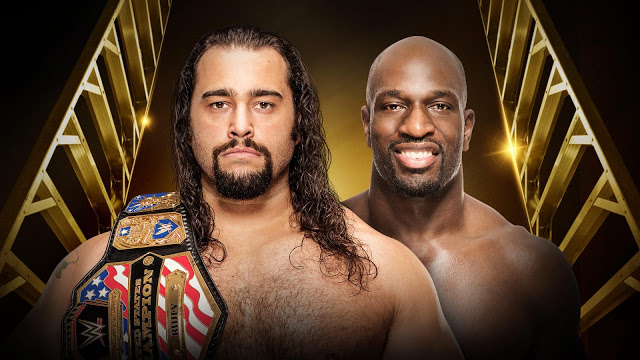 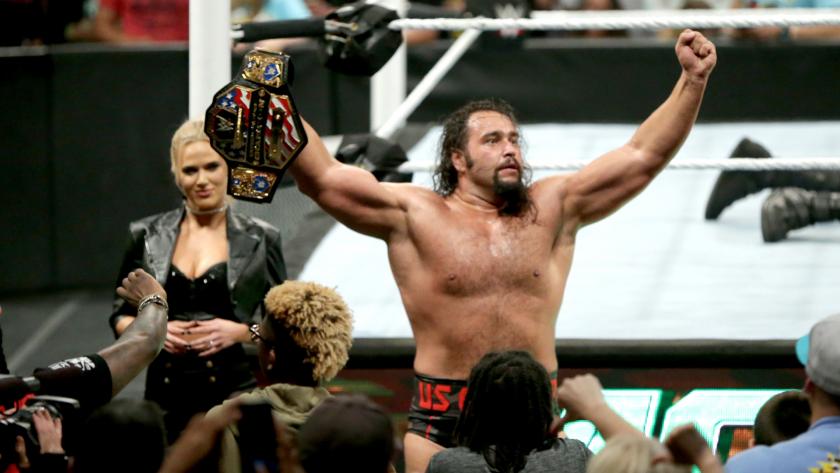 DM: This was in the death spot and they really had no chance with the crowd. They worked hard in a physical match. O'Neil got some offense and near falls before Rusev used a high kick, a superkick and the Accolade for the submission. Rusev then went up to O'Neil's kids at ringside, told them that their father was a loser and said "Happy Father's Day." 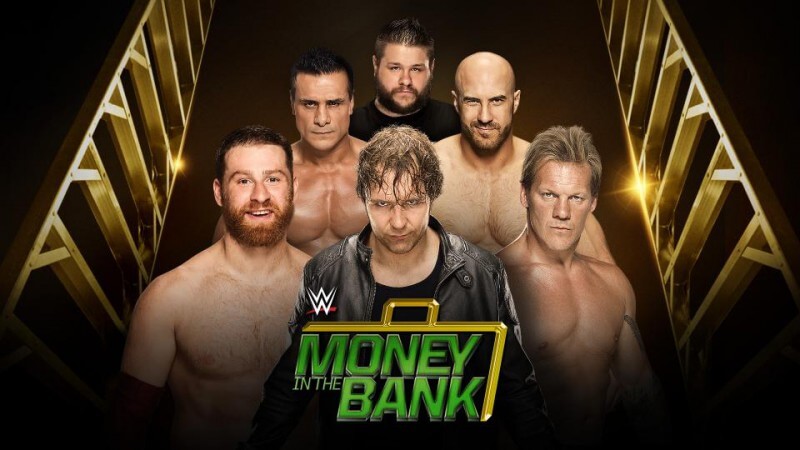 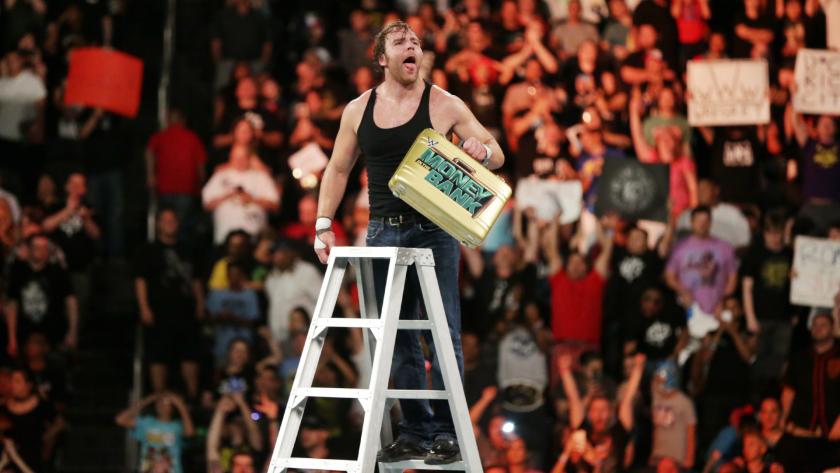 DM: An excellent match with tons of spots involving ladder bumps. Cesaro, in particular, took all kinds of crazy bumps. Everyone did their finishes and took big ladder bumps, but there was nothing really insane like used to be the case in these matches. Everyone took big moves, and Owens took out Zayn with a power bomb on the ladder. Ambrose took out Jericho and climbed up to win. 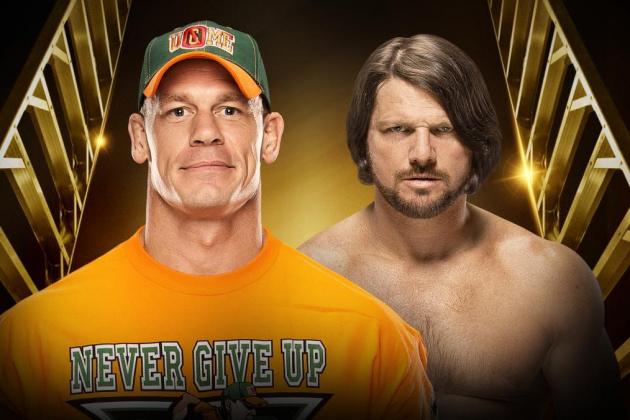 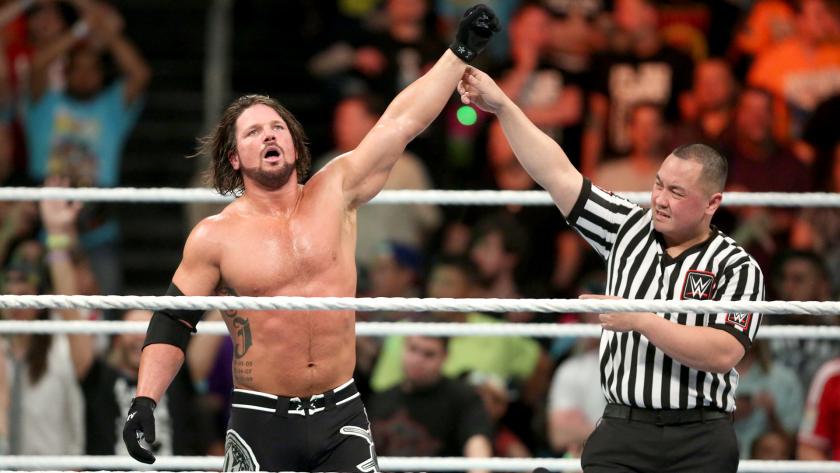 DM: Another Excellent match. The story was that Styles was the better wrestler than Cena, beating him at every turn but that he couldn't finish him. Cena kicked out of the Styles Clash, and Styles kicked out of the Attitude Adjustment. They also both made the ropes on the STF by Cena and Calf Crusher by Styles. Styles never used the forearm and Cena got his knees up on a springboard 450. The finish saw Cena have Styles up for the Attitude Adjustment, but the ref went down and out of the ring. Cena hit the move but there was no ref to count. Anderson and Gallows came out and used the Magic Killer on Cena, and Styles got the pin. The story is that Gallows & Anderson interfered on their own and that Styles didn't know they were doing it.  JBL was going crazy saying how they ruined his dream match. 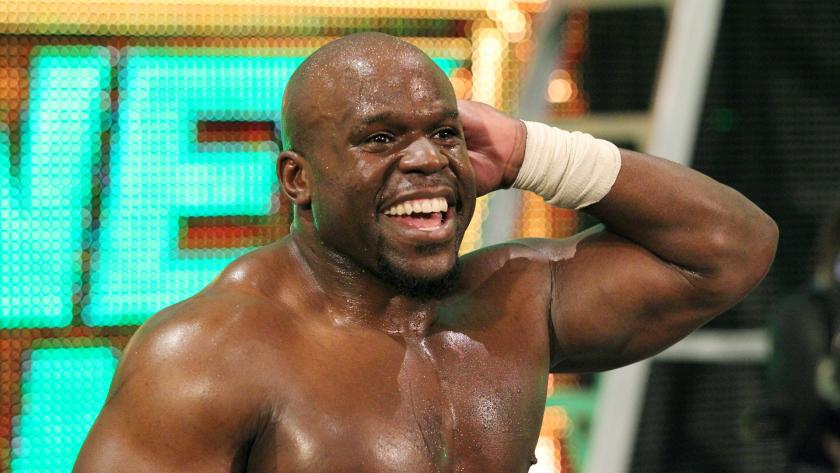 DM: Crews won, but the story was it was a fluke. Sheamus had him pinned with the White Noise off the middle rope, but Crews kicked out. Sheamus started yelling at the ref, and Crews pinned him with a crucifix. This was the kind of a finish that made you think it's just the beginning between these two. The match was solid, Crews got the crowd behind him by the end, and looked good. One notable spot was Crews doing a moonsault off the apron with a splash onto the floor. 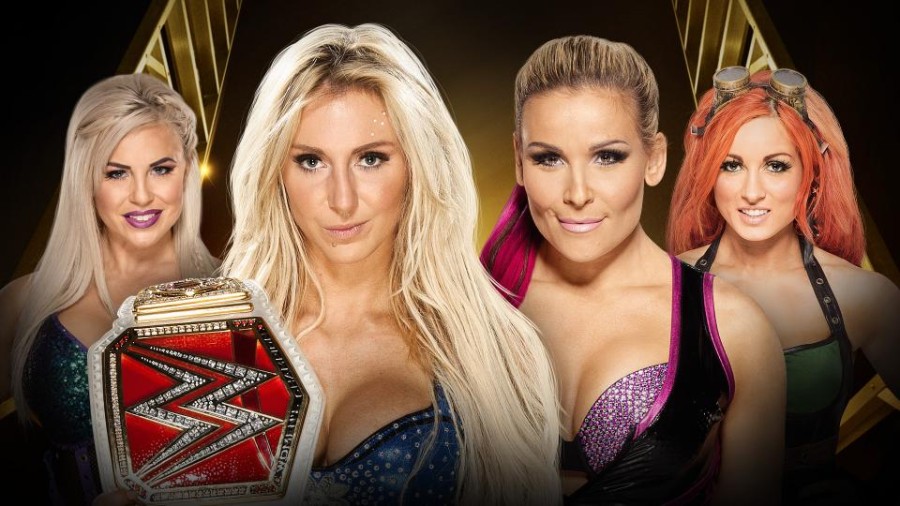 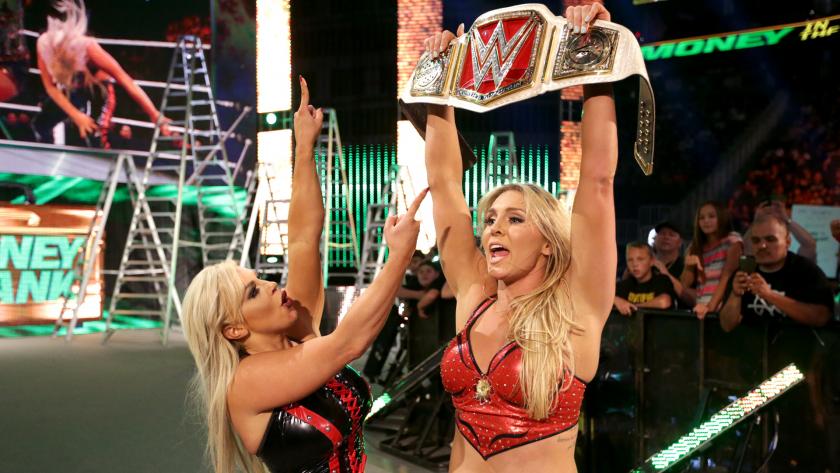 DM: The early matches went long as they were light of time. Most of the match was working over Natalya. Natlaya had Charlotte in the Sharpshooter, Brooke made the save, and threw Lynch into Natalya.  Charlotte used Natural Selection on Natalya for the pin. Natalya went heel post-match, turning on Lynch for costing her the match and beating her down. 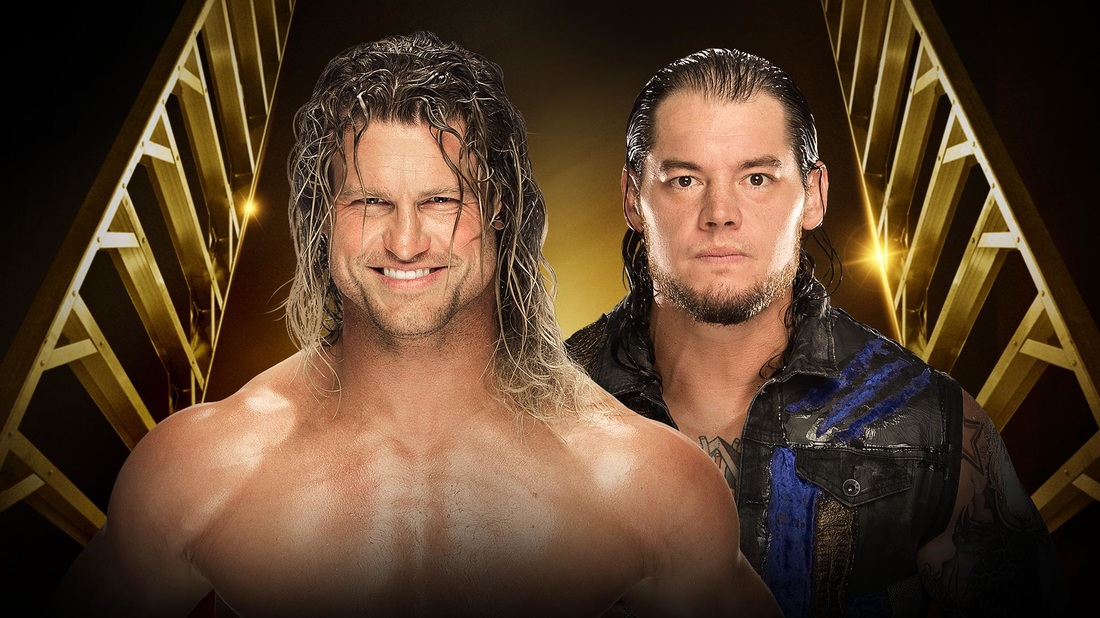 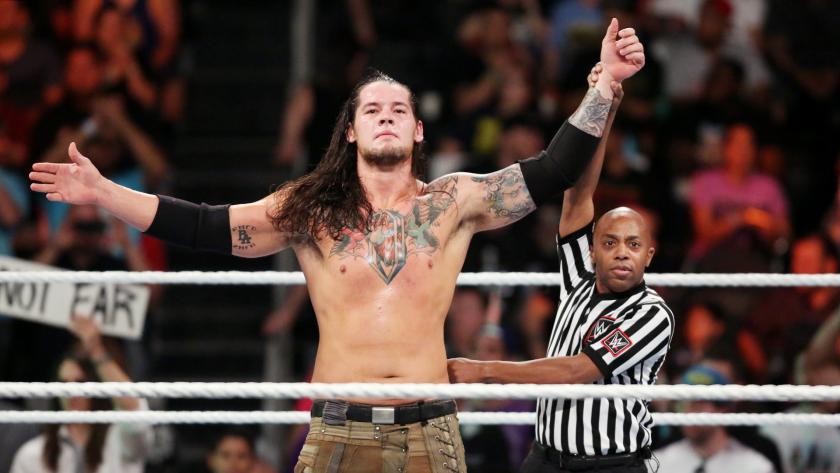 DM: Match went too long and the crowd kind of lost interest. There were boring chants at one point. Corbin just doesn't show much of anything and people aren't that into him. The feud has done Ziggler no favors. The finish saw Ziggler on the top rope, but Corbin tripped him and he fell on the top turnbuckle. Corbin won clean with the End of Days, and the announcers indicated the feud was over. 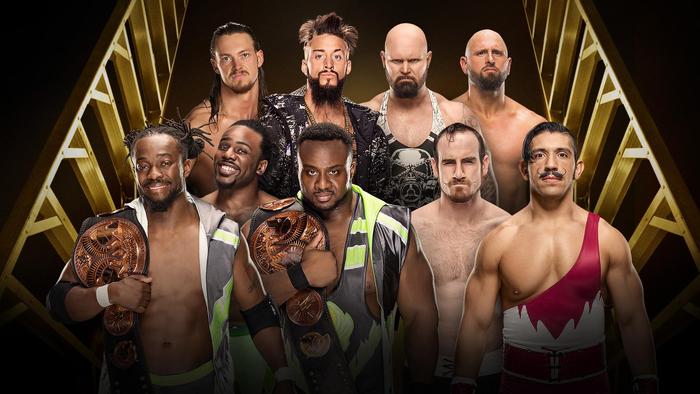 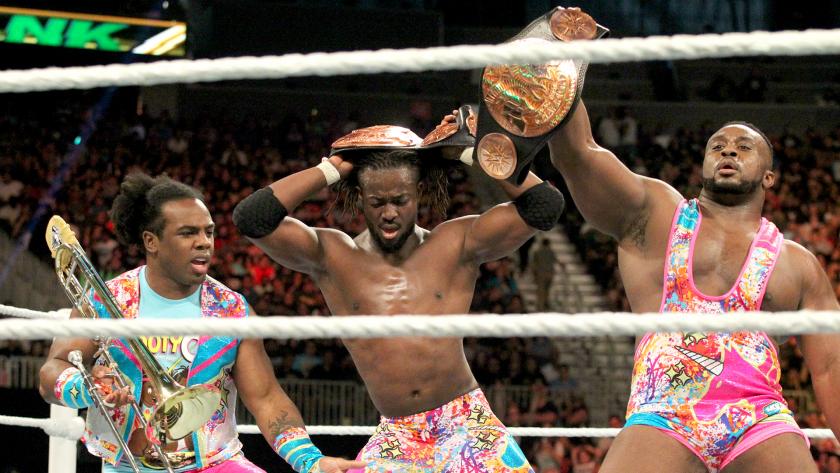 DM: There were lots of near falls that got the crowd into it, but at times, the execution was rough. Final sequence was Gallows/Anderson hitting the Magic Killer on English, but Big E picked up Anderson during the pinfall attempt into a powerslam position. Gallows stared at this for what felt like 5 minutes waiting for Big Cass to get in the ring to clothesline him out. Kingston came off the top on a double team and New Day got the pin and win on Gallows.