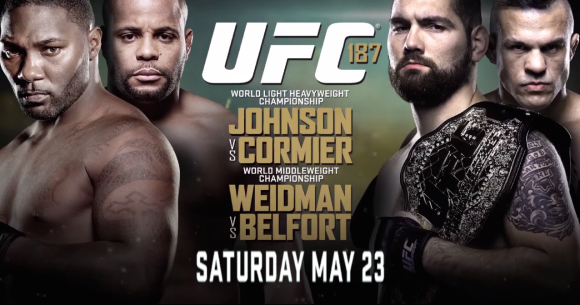 
The show was scheduled to be headlined by Jon Jones defending the UFC Light Heavyweight Championship against Anthony Johnson. However, after a series of incidents involving Jones, Jones was stripped of the championship and suspended indefinitely by the UFC, subsequently removing him from the card. Daniel Cormier stepped in to fight Johnson.

There will be a new UFC Light Heavyweight Champion crowned for the first time in over four years on Saturday night. Cormier gets a second chance to conquer his dream in becoming a UFC champion, and he poses a different challenge for Johnson. Many thought Johnson would have a chance against Jones due to his overwhelming power and excellent take down defense, but he still would have had to deal with the reach of Jones.

Cormier is different in that he has more power than Jones, which can actually rival the power of Johnson, and his wrestling is more power-based. Johnson is built well for 205 pounds and is tough to take down, but you know Cormier will be looking to pick him up and slam him to the mat. Johnson will be looking to test the chin of Cormier, which is rock solid, but Johnson has unrivaled power.

No matter what happens the real winner will be MMA fans.

Chris Weidman and Vitor Belfort have been on a collision course to fight ever since Chris Weidman became the new UFC Middleweight Champion after defeating Anderson Silva at UFC 162 in July 2013. However, there have been numerous obstacles in the way.

Weidman was matched up with Silva in a rematch, leaving Belfort waiting. Weidman defeated Silva again, and Belfort was next. Next came the state of Nevada banning the usage of testosterone replacement therapy, which Belfort used, and Belfort pulled out of their scheduled May 2014 bout to get adjusted to the affects of getting off of TRT.

Injuries have hampered Weidman, and it will be interesting to see how he comes back, but he is perhaps the most mentally strong fighter in the sport. Belfort is notorious for breaking easily mentally, and Weidman may get in his head quickly. Weidman has a knack of knocking off Brazilians, having defeated Silva, Machida and Demian Maia in the Octagon.

Another match I am excited to see is a lightweight bout between Donald Cerrone and John Makdessi. Donald "Cowboy" Cerrone is one of the most active and most popular fighters on the UFC roster, not to mention one of the most exciting. He has the mindset of anyone, anytime, anywhere, which makes it easy to get him fights. He fought twice in January this year- that just goes to show how active he wants to be.

Eight straight wins definitely will secure Cerrone a title shot, especially at a time where so many lightweight challengers are battling injury issues. He was supposed to fight Khabib Nurmagomedov on Saturday to determine the true top contender, but Nurmagomedov was forced out due to a knee injury.

Travis Browne and Andrei Arlovski are meeting in a heavyweight bout on the pay-per-view portion, and the two are former training partners and good friends. But, sometimes good friends have to fight in the Octagon, and both are wanting to fight for the championship. Browne has good power, and Arlovski has a chin that has been cracked many times.

There is no question that UFC 187 is one of the more loaded cards the UFC has put on in recent years despite the losses of Jon Jones and Khabib Nurmagomedov. It is still headlined by two title fights and an excellent main card and a solid preliminary slate. 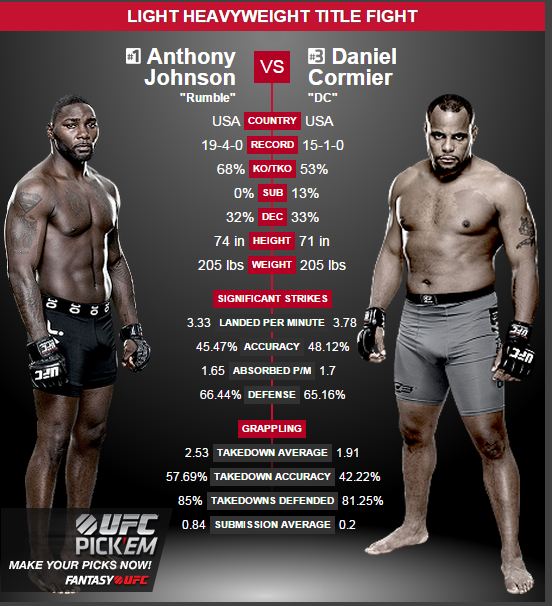