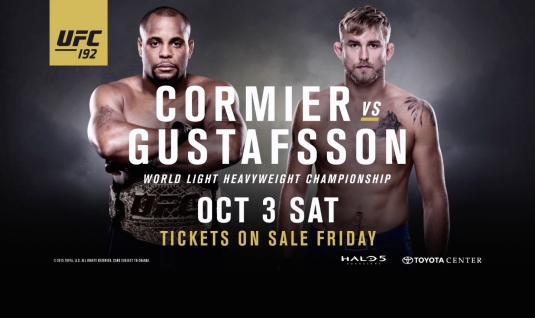 The UFC returns to pay-per-view on Saturday night with another stop in Houston, Texas for UFC 192. They bring a deep card to Texas with a title fight and other fights with title implications making up the card. 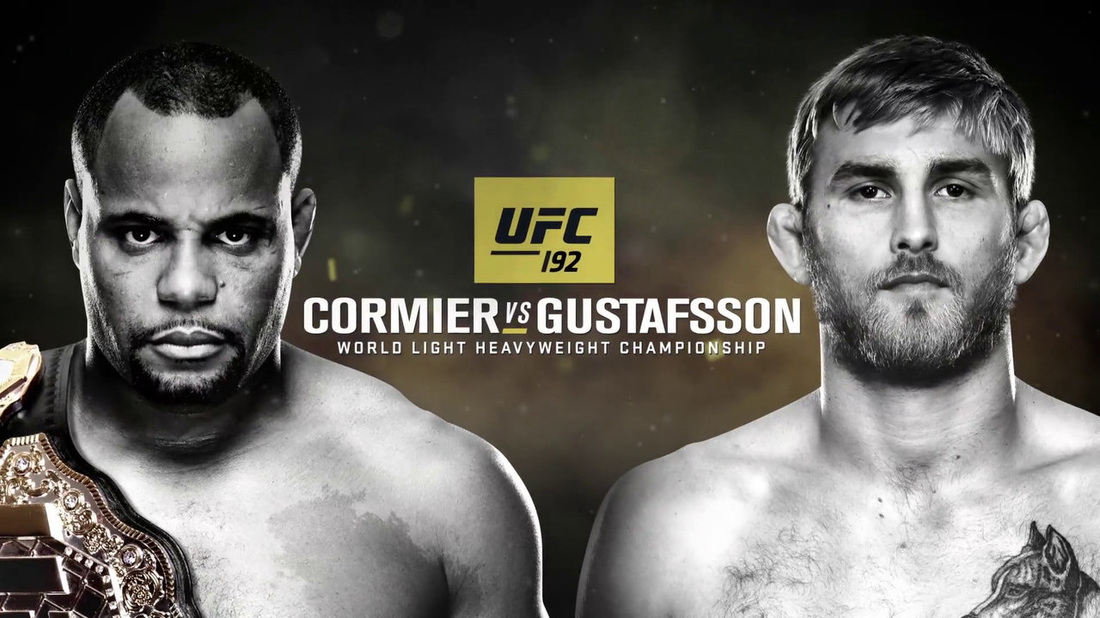 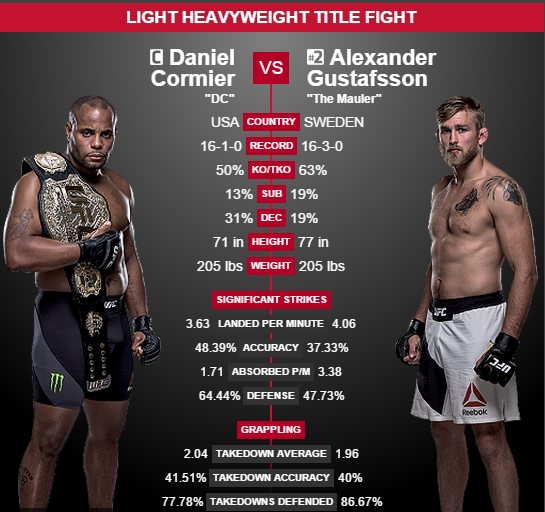 ​Alexander Gustafsson is getting a second chance to become the UFC Light Heavyweight Champion in the main event of UFC 192 on Saturday night when he challenges current champion Daniel Cormier. Gustafsson's title opportunity was met with a lot of criticism as he is coming off of a loss to Anthony Johnson in his last fight, and many thought Ryan Bader and his four-fight win streak should have been the man fighting Cormier. Regardless of that, Gustafsson will be looking to do something he was unable to do in his first title shot, and that is walk away with the belt around his waist. The last time he got this opportunity, he came up just short in losing to Jon Jones in perhaps the greatest title fight in UFC history, at UFC 165 in September 2013. Two years later, he gets a fresh champion in Cormier, who won the UFC Light Heavyweight Championship when he submitted Johnson at UFC 187 in May, which followed the title being stripped from Jones.

Cormier provides Gustafsson with a completely different challenge from Jones, but just an equally as hard fight. Cormier is a world-class wrestler with knockout power in his hands. Gustafsson is going to have a huge height and reach advantage that he will want to exploit. He has to watch out for the dangerous right hand from Cormier, though, something that he ate at the hands of Johnson. Gustafsson had talked about how he considered retiring following the loss to Johnson, and any time that happens to a fighter, you have to question their mental state heading into their next fight. Cormier has also been using his mouth and excellent speaking ability to attempt to get into the head of Gustafsson. Gustafsson has been shaking it off, but it could play into the hands of both men on Saturday night.

Gustafsson is going to have to use his length to keep Cormier away from him. If Cormier is able to get inside the pocket and use his excellent dirty boxing skills in the clinch, it is going to be a tough night in the Octagon for Gustafsson. Gustafsson excels at footwork and circling away from the opponent after his attacks. He isn't going to out-wrestle Cormier, and he has a hard time eating a good punch. Gustafsson's three losses have come to Jones, Johnson and Phil Davis, three strong wrestlers with solid punching power. Cormier is another in that line of opponent. This is Cormier's fight to lose, and I see him being able to finish Gustafsson and continue his quest to goad Jon Jones back into the Octagon.