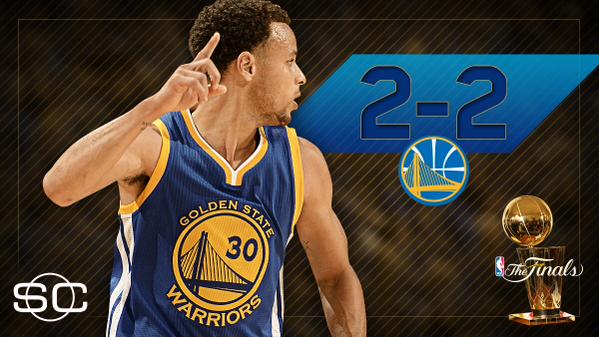 Last night, the Golden State Warriors tied the NBA Finals at 2-2, by defeating the Cavaliers, in Cleveland, 103-82. Steph Curry and Andre Iguodala led the way with both men scoring 22 points a piece.

Steve Kerr finally put his thumbprint on this series by mixing up his starting lineup, benching Andrew Bogut and starting Iguodala. Also Kerr increased the playing time of David Lee, who played excellent in game 3, and was a catalyst for the Warriors momentum.

All in all, the Warriors won game four because of their depth and the variety of challenges they imposed on the Cavs. Finally Kerr forced the ball out of Lebron James hands by double teaming him all night, which put the role players of Cleveland in a position where they had to make plays. They failed.

Lebron James was held to 20 points, and had a bad night overall. He was injured in the 2nd quarter after his head struck a camera on the baseline of the court, but he returned to the game and never really put his thumbprint on the action.

Matthew Delavendova, who was huge throughout this series, especially in game 3, was wore out. He shot terrible from the field and his energy level was dramatically affected. Timothy Mozgov had a huge game for the Cavs against the Warriors small lineup, but without a big game from Lebron, or anyone else, it was no match for the barrage from the Warriors.

But this game was about Golden State. They knotted this series up and is taking all the momentum back to their home floor in Oakland. For the Cavs to win, they will need to rest up and get them legs healthy, quick. JR Smith and Iman Shumpert have to show up on both ends of the court as well.

There is no doubt, that game 5 will decide this series. 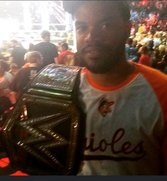 Motivation and leadership are sometimes under appreciated in the world of sports and basketball. It was easy to see that LeBron was tired and then hurt from the collision with the cameraman. Other players saw this and played down as well (ie. Delli). Also have to give tremendous props to Steve Kerr for changing his approach and playing small ball to confuse Mozgov on the defensive end. Like Tim said on the previous show, Kerr has championship experience though it may not be as a coach. He's incredibly smart and it showed yesterday. It always seems like the role players from championship teams make the best coaches because they let more of the whole game sink it. Star players don't usually do that as well. Momentum is back in GS's hands...let's see if they put their foot on Cleveland's throat in Game 5! The Splash Bros. have still not had a hot game together yet...SCARY THOUGHT for the Cavs.

Last night is a prime example of what happens when role players attempt to do too much. Even though the Warriors made a change to the starting lineup. Even though the Cavs went away from Lebron to early and too often they were only down 6 going into the fourth with Mozgav being the only other option on offense. As I said previously I'm not wavering from my pick of GSW but I know think it's going 7. It's time for David Blatt to step up make some decisions that win a game for Cleveland. Get back to Lebron being the focus on offense and back to what worked in games 2-3. Lebron hasn't had is most efficient game yet and with 2 days off we may see it Sunday. 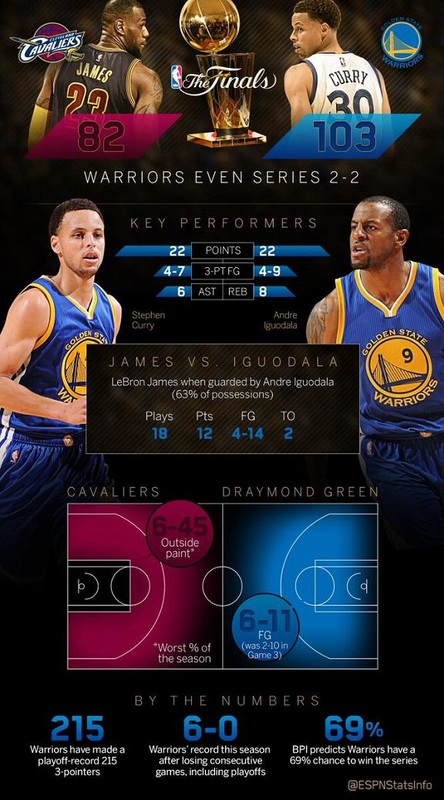