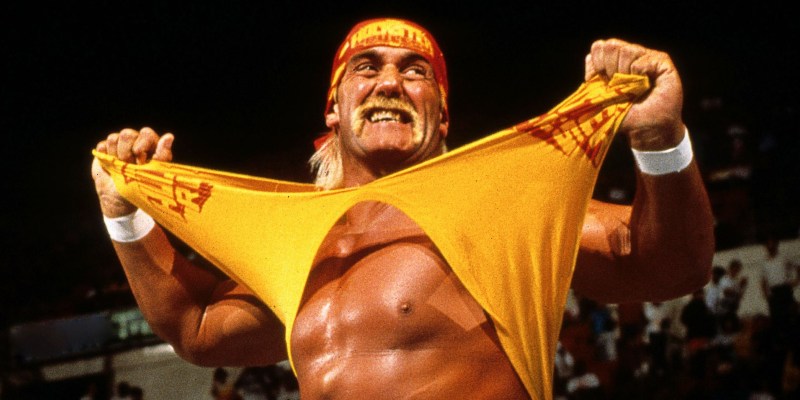 ​By: Larry Causion Jr.    CausionCreations.com
Posted: Wednesday, April 4, 2018
​My earliest memories in life are watching wrestling. I know that sounds strange to some people, but that's how it was. I instantly loved it, and for me there was no bigger hero than Hulk Hogan. He was everything to me and I couldn't get enough of Hulkamania. My Uncles were big fans, my Aunt KC was the biggest fan. She ordered the PPVs and between my Uncle Carl and my father, I went to every show that came to the Baltimore arena. And it was all because of the charisma of Hulk Hogan. 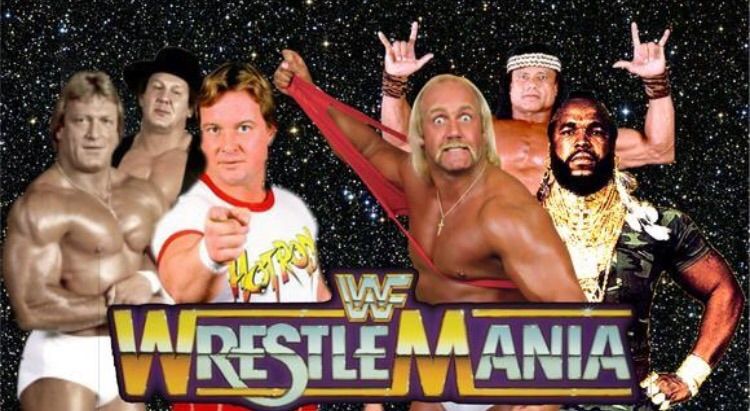 Over the past few years, Hogan has basically been excommunicated and erased from the history of WWE, due to the release of racist comments he was secretly recorded making, in which he used the N-word and stated that he didn't want his daughter dating a black man, unless he was a star athlete or wealthy. Of course these comments were horrible and offended me as a black man. Hogan was fired by the WWE and publicly ridiculed, as he should have been. But I can separate the person from the art and I won't devalue how great of a performer Hulk was or the many great memories I have because of his performances, because of comments he made years later. I don't condone it, but I can move past it.

​WWE promoting other people as the biggest stars in history, and not naming that person Hulk Hogan, is a complete joke. HHH saying the Undertaker embodies what WWE and Wrestlemania is, is a joke. The fact is, there is nobody who meant and means more to what Wrestlemania was than Hulk Hogan. Let me count the ways. 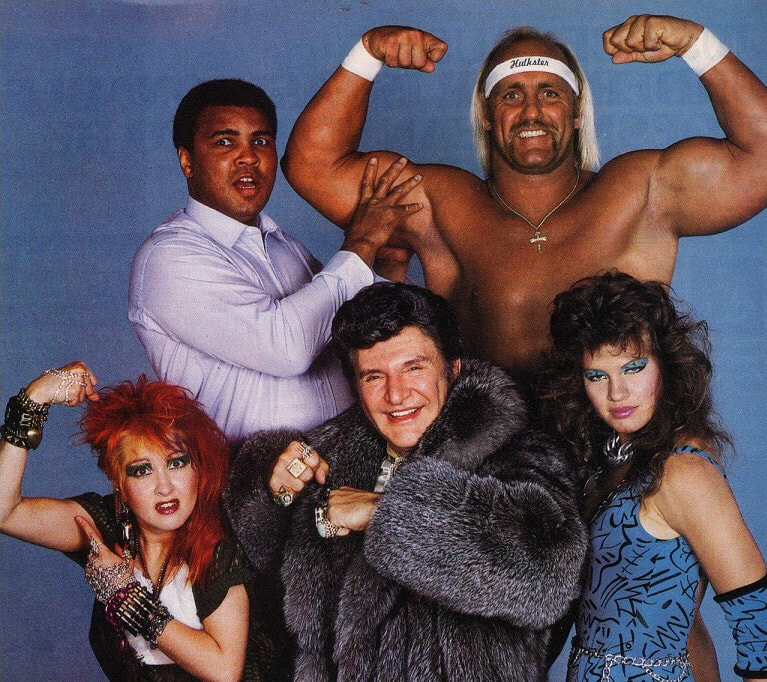 In 1985, Vince Mcmahon took the WWF to a new level when he booked a supershow of sorts held at Madison Square Garden, in New York City, and called it Wrestlemania. This was no regular show, as it all about mainstream publicity and starpower, with celebrities and superstars from different forms of entertainment, coming together under the WWF umbrella.

​It was glitz, it was glam, but most importantly, it was headlined by Hulk Hogan and Mr. T vs Roddy Piper and Paul Orndorff. Hogan was the clear star and the only person with the presence and charisma to pull it off. He was a superstar and the work he put in during promoting Wrestlemania made him a household name and the face of professional wrestling. 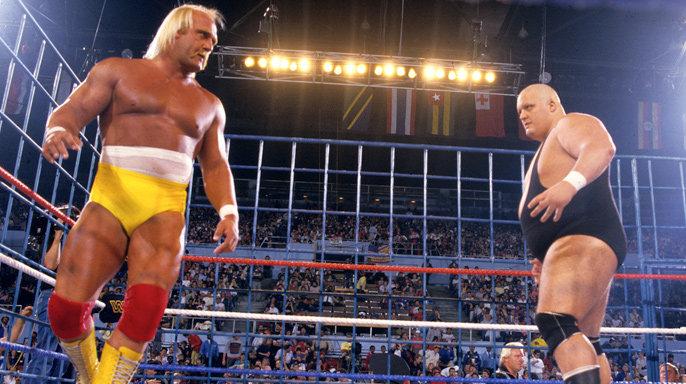 Following the success of Mania, they came back the next year and tried to do something they should have never done. They booked three buildings and held events in three major Cities and tried to market it as Wrestlemania. But it backfired. The biggest star and the marquee match was Hulk Hogan defending the WWF title vs King Kong Bundy. The fans in Chicago and New York who didn't get the Hogan match live, were pissed. The fans in L.A were elated. Vince learned a valuable lesson, you can book three house shows a day, two in small market towns, but if your running a big show, you headline with one guy, your "A" headliner, Hogan. 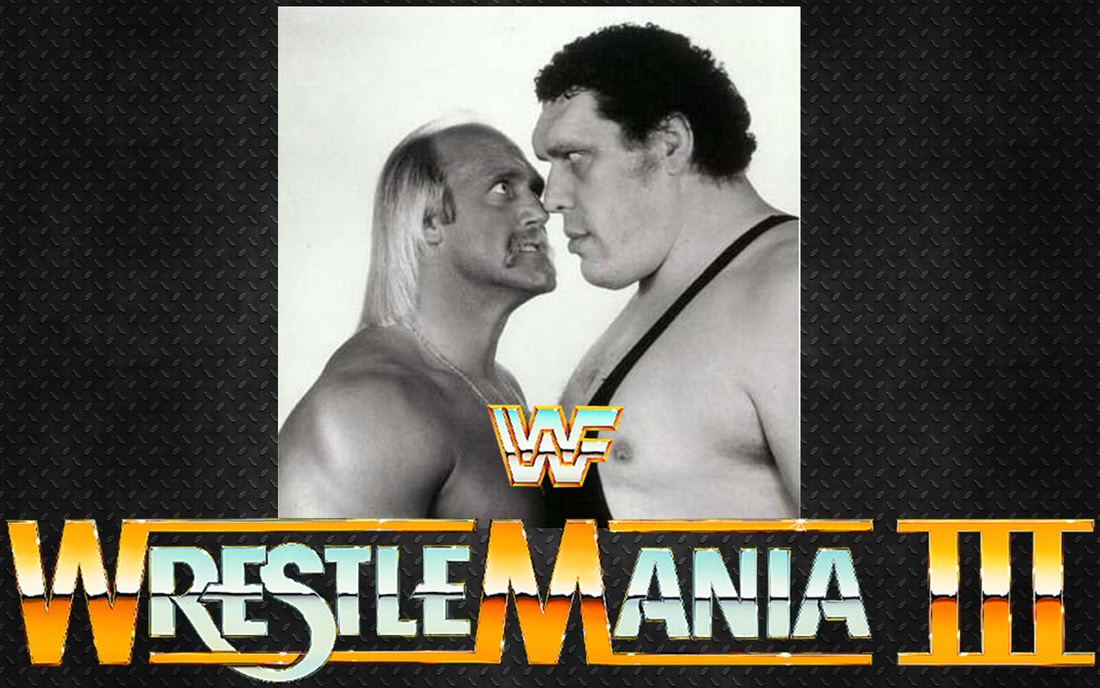 So that's what Vince did. He banked on Hulk at Wrestlemania 3, booking the largest building he could and setting teh indoor attendance record with Hulk Hogan vs Andre the Giant. As a kid, I thought this was the greatest storyline ever. Once great friends, Andre turned on Hulk, broke his crucifix chain, and challenged him for his belt. It was great. Hogan's charisma was unmatched. He wrestled a tree who could barely move, and made it one of the greatest spectacles in the history of wrestling. The slam heard around the world shot Hogan into a different strisphere. That image will go down as the most iconic moment ever. 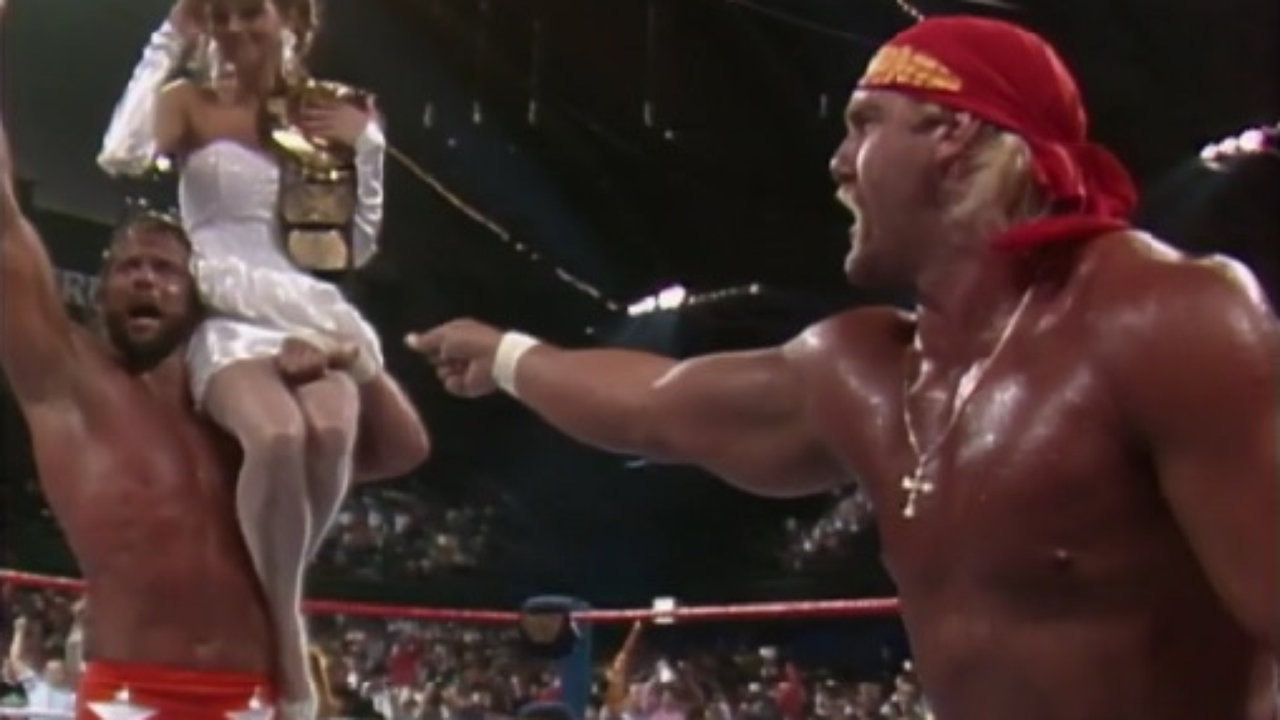 Wrestlemania 4 began my favorite and to me the greatest storyline in the history of professional wrestling, The Mega Powers. Hogan was WWF champion for 4 plus years straight and he was going away to shoot a movie. So they needed to make a new guy. But come on, there is only one Hulk Hogan. But I loved Randy Savage and the story of Hogan helping Macho Man win the title and then endorsing Savage was so well done. These two carried 1988 together and the story just built and built with every new wrinkle. 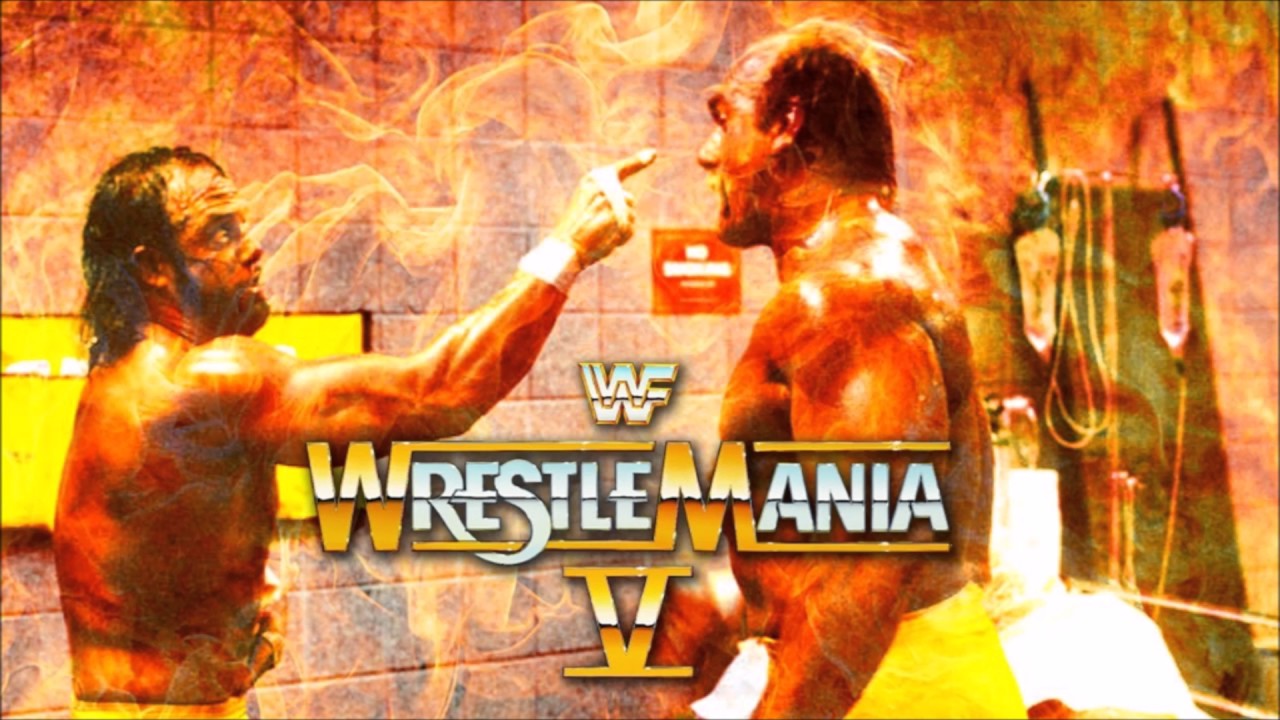 And then finally, after months of Savage believing Hogan was trying to take his spotlight and his woman, he snapped, and the Mega Powers exploded!! The greatest storyline ever. Hogan went over a year without the title and finally recaptured it at Mania 5 and business was at an all time high. His drawing power was undeniable. 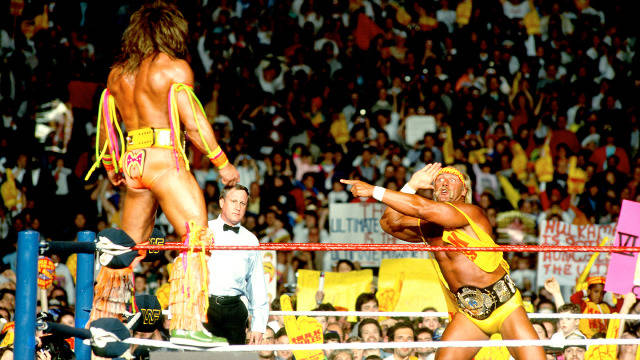 But after carrying the company to heights unimaginable and turning the WWF into the king of wrestling, Vince decided it was time to move on to the next superstar. What? I was completely against this decision, but I will say that there were some that were starting to get behind the guy Vince chose to replace Hogan, The Ultimate Warrior. Yea, they were idiots. Sure, Warrior has the great outfits, with teh neon colors that were cool, he had colorful tassels, he ran to the ring to great music, and he beat guys up quick. But he was no Hulk Hogan. Hell, he wasn't even the Macho Man.

Wrestlemania 6 was the biggest mistake in WWF history in my opinion. Hogan was still hot and Warrior could have excelled as IC champion a lot longer, working underneath. It would have been valuable for him to have great feuds and let the fans clamor for him to be the champion. But Vince pushed Hogan to the side for the shiny new toy. Shiny, cheap toy. 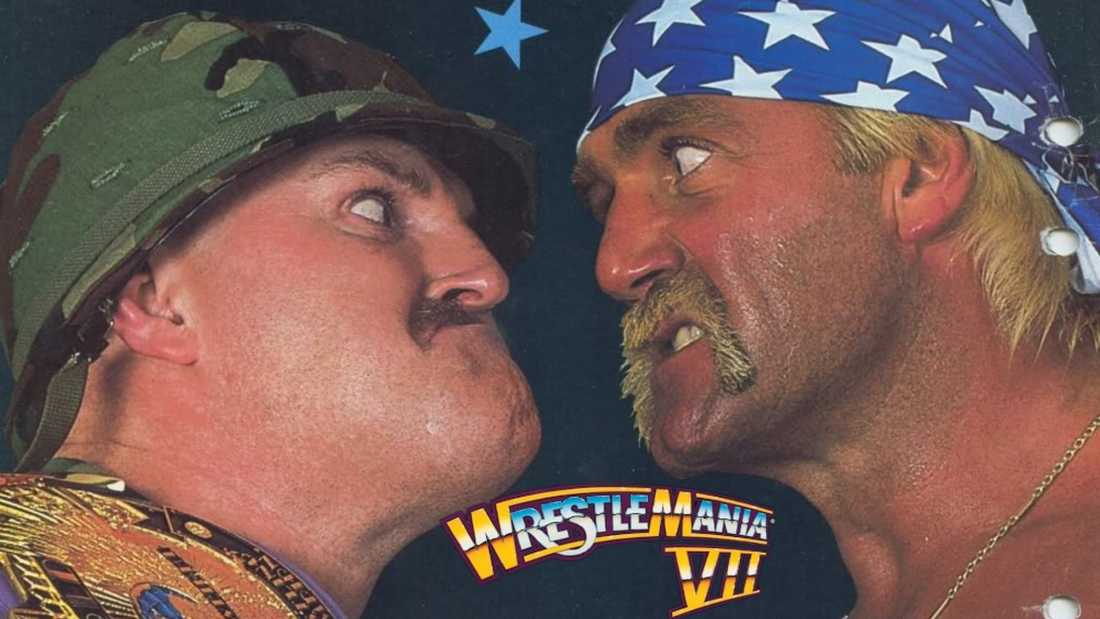 A year later Vince had to go back to Hogan because Warrior wasn't drawing as champion and the people became disinterested. But at that point, Vince cheapened his product. Think about it, Hogan held the WWF title from 1984 to 1988. One champion, business skyrocketed, they built into the #1 wrestling company in the world. Next few years, they play hot potato with the belt. Now, Slaughter is champion to play off the Gulf War. It was distasteful and the fans rejected it. Hogan had to save the day again. But at this point, Vince was cutting off his nose to spite his face. He had a cash cow, and wanted something new. 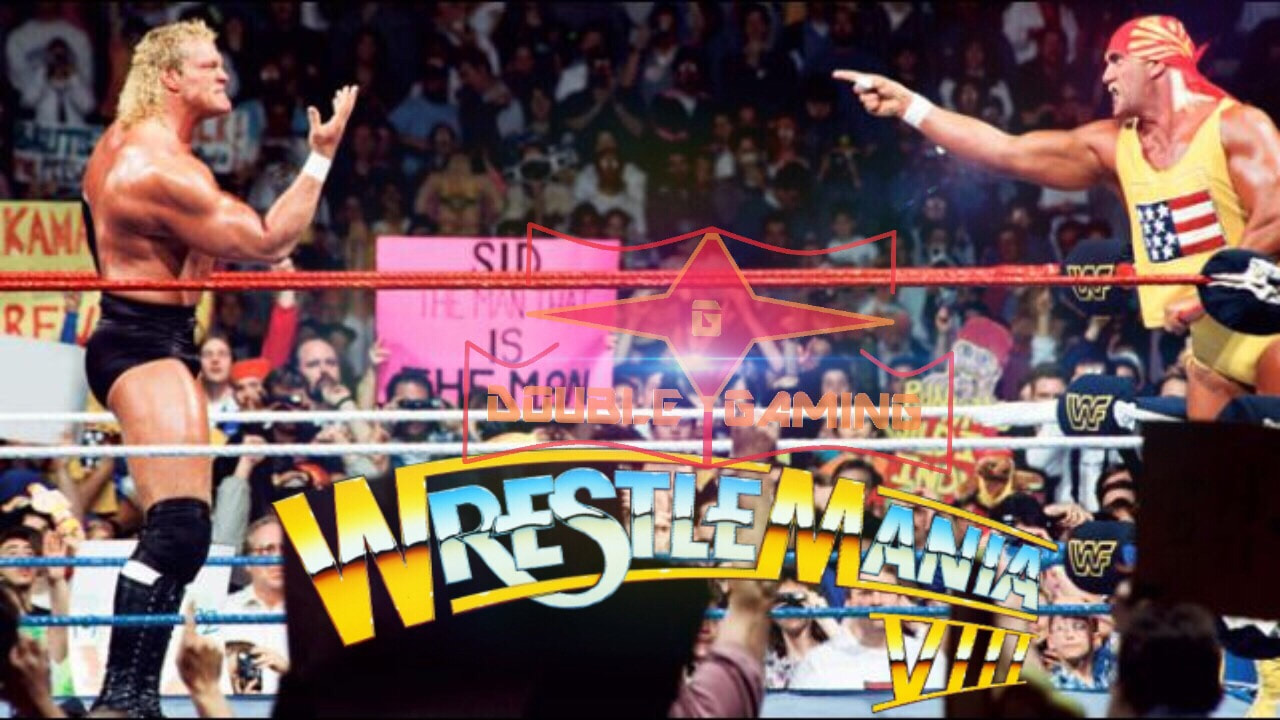 At Mania 8, who was the main event yet again? That's right, you guessed it. This was the ultimate smack in the face. Hulk Hogan was in the main event, but not for the WWF title. Make that make sense. Now don't get me wrong, I loved Savage vs Flair and it was a classic match. But anybody with brain knows that when Ric Flair signed with the WWF, there was only one damn match the people wanted to see, and that was Hogan vs Flair, for the title at Wrestlemania. End of story. But instead, we got Hogan vs Sid, and then Vince didn't even book Hogan to get the pin. And he let Sid kick out of the leg drop like it was nothing. This was all designed to make Hulk look old and washed up. This was a travesty. 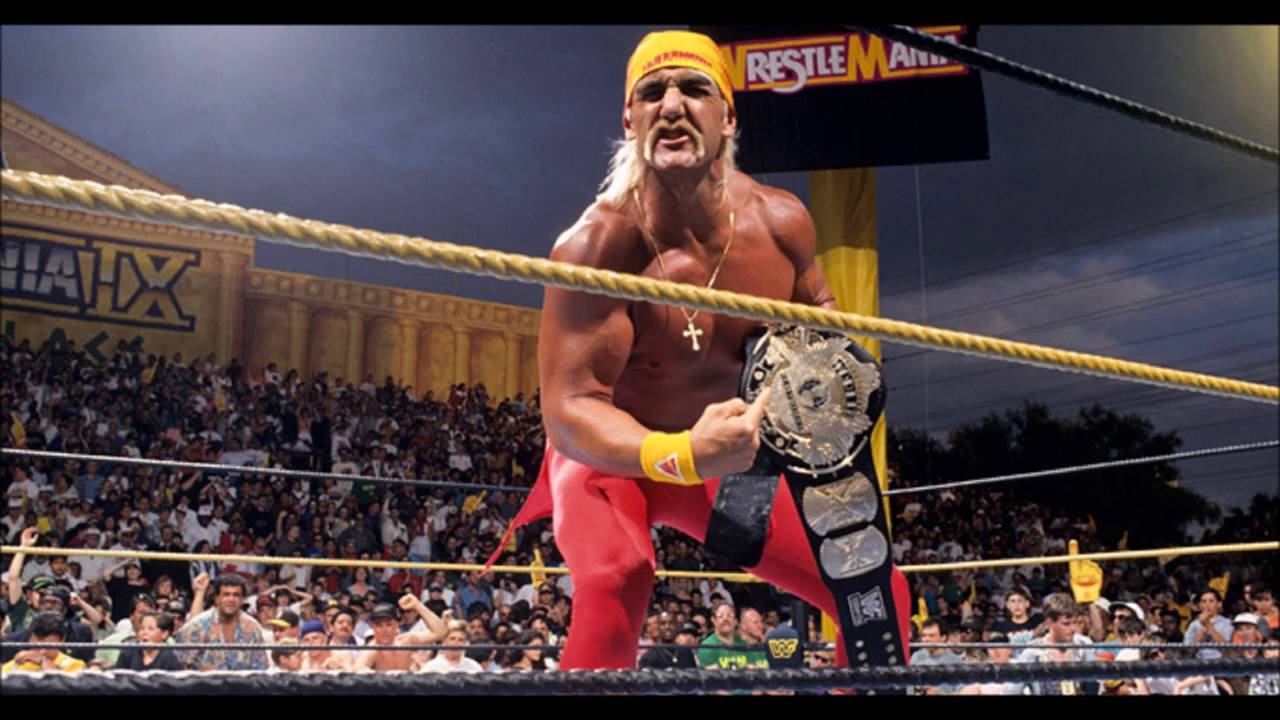 A year later and guess who the hell Vince had to go back to again!!!!! That's right, that guy he was trying his best to diminish for years, the Hulkster. Vince tried to run with Bret Hart and anybody else who had a semblance of popularity, but the fact remained that none of them were Hulk Hogan. When Yokozuna beat Bret, and Hogan came in the ring and pinned Yoko for the title, it was legit the first time wrestling actually drew so much emotion out of me that I actually cried. I never cried after a Hogan lost, but Hogan returning and winning unexpectedly, was the greatest thing that could I have ever imagined back in 1993.

Not long after this, Hogan would lose the belt back and be gone from the company he built into the number 1 wrestling organization in the world. But he would go to WCW and help build that company into true competition for Vince. For a time, WCW became number 1 due to the drawing power of Hulk Hogan and his NWO. He was showing Vince that he gave up on him far too soon. 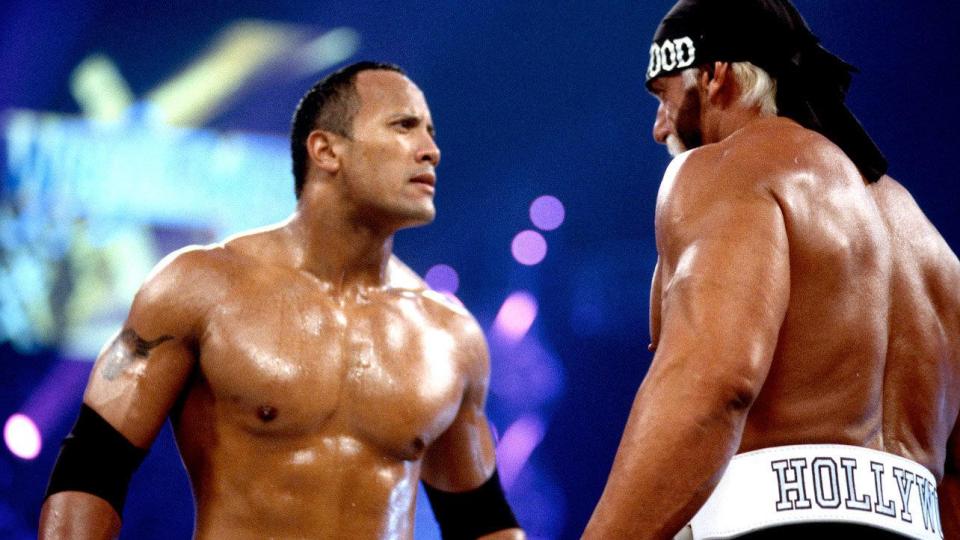 Fast forward to Wrestlemania 18 in 2002, after the war we all know Vince ultimately won is over. And what does Vince do, he brings Hogan back in. Why? Because he can, and Vince never passes up on an opportunity to gloat over victory. But what he didn't expect was for the people to use their voice and treat Hulk as the biggest superstar on the entire show, even more so than his current Superstars Rock and Austin. The ovation Hogan got that night and the night after, forced Vince not only to put Hulk back in the red and yellow, but to also give him another un as WWE champion. You can't deny the Hulksters star power. 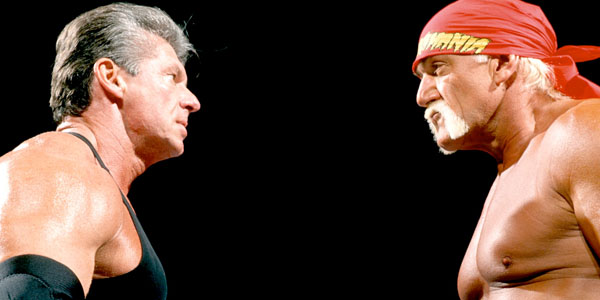 At Wrestlemania 19, Vince, teh ultimate egomaniac, the man who was trying to move on from Hulkamania since Wrestlemania 6, booked himself to face Hulk Hogan in a match. All ego. No way does Vince belong in the same ring as Hogan, but this was all about Vince trying to make the public know that it was he that was behind the company's success, not Hogan. I think Vince wanted to make a new star with Warrior to try and prove that he could take anybody and replicate the success of Hogan. But he was wrong. So wrong that the company was dying until Steve Austin got hot in 1998. Ten years after Hogan lost the WWF title for the first time. All ego on Vince's part. Don't believe me?

This scene at Wrestlemania 30 is all the evidence you need. This was Vince showcasing the three guys he views as the biggest superstars the WWF/WWE has ever had. Austin led the hottest short period ever, but it was very short. Rock was his running mate, who ultimately has gone on to become the biggest star in Hollywood. But there is no Austin, there is no Rock, without Hogan. He was the superstar that built this empire. Vince could not do it without him. Once Austin left, there still was a Rock. Once Rock left, there was a Undertaker and so on. Without Hogan, the business tanked and there was no savior or many years.

So for all of this talk about this one and that one are the face of Mania, kill that noise. The Hulkster is the only one man who deserves the moniker, Mr. Wrestlemania. 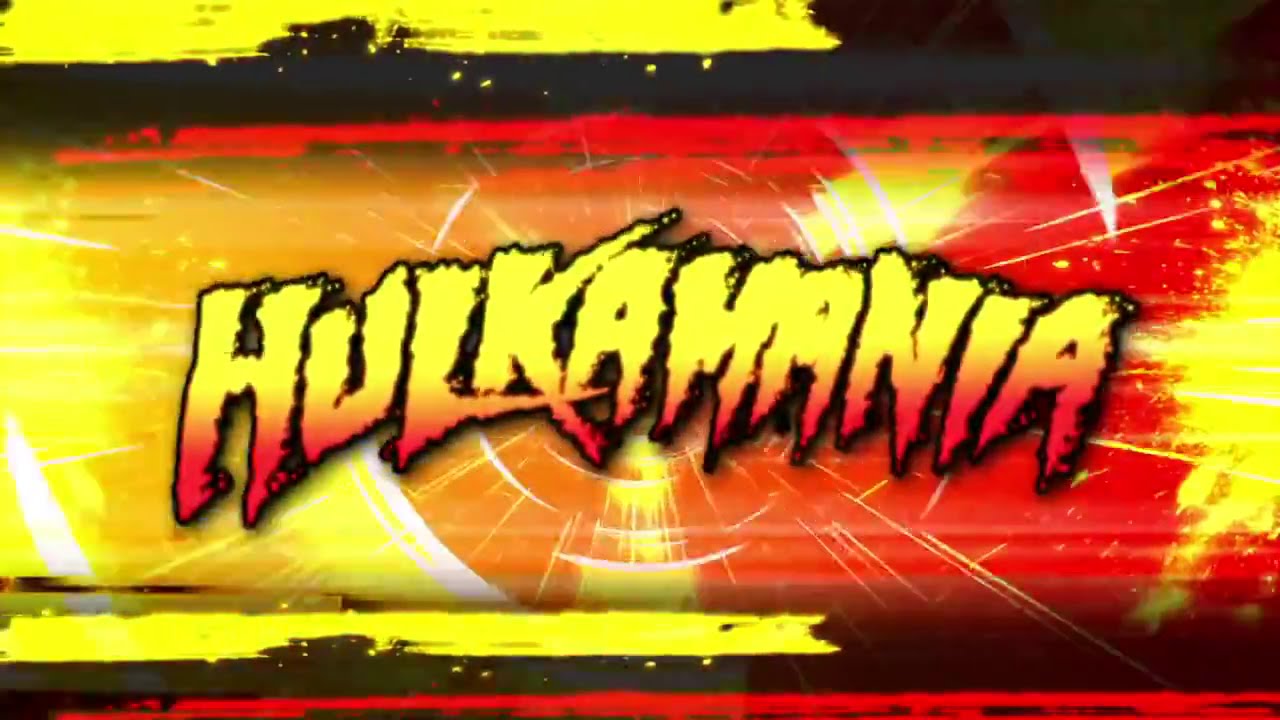