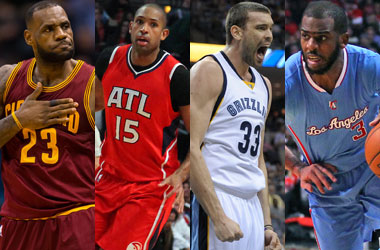 What can be learned from game 1 of the opening round of an NBA playoff series, that you didn't already know before the series began? Well, if your an educated fan, Absolutely nothing.

The playoffs kicked off with every home team, aside from the Washington Wizards and Memphis Grizzlies, winning the opening game. Exactly as I predicted, thank you. No shock. No new information was learned. But hey, a Spurs loss in game one makes for interesting conversation for the haters. Smh.

All my picks are still solid and I'm excited for a great playoff season.